Extreme Supernova debuting at the Great Escape in 2014!

Last week the Great Escape announced it would add Extreme Supernova, the first thrill ride added since Sasquatch in 2009. Extreme Supernova will swing sixteen riders 50 feet into the air back and forth while also spinning them at extreme speeds. This ride will be a Zamperla Midi Discovery and it’ll feature over the shoulder restraints. The ride is expected to open up in May.

Here are a few pictures of a Midi Discovery at another park since the video on Great Escape’s webpage doesn’t show much of the ride: 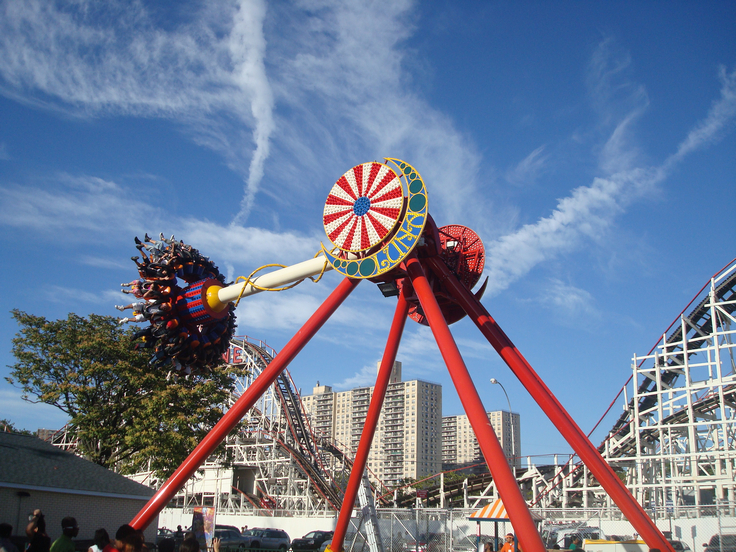 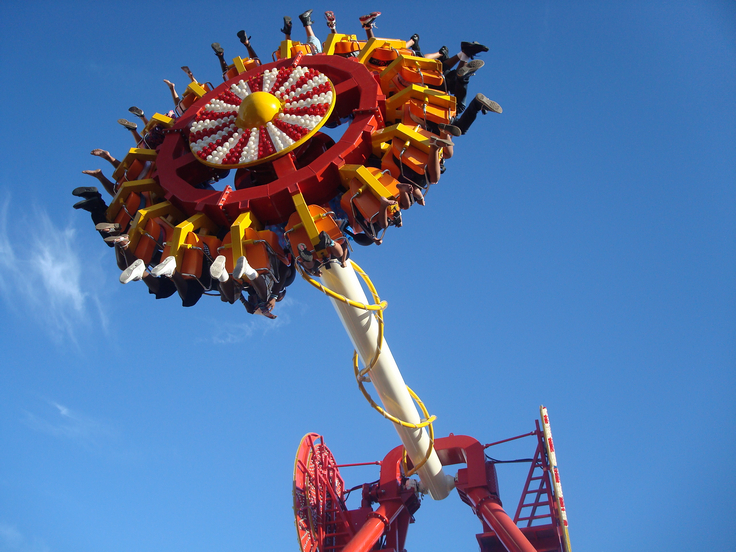 Here is an excerpt from the press release for Extreme Supernova:

“Extreme Supernova is scheduled to open Spring 2014 and will sit next to the famous Comet roller coaster.  The ride will offer inverted views of lower Splashwater Kingdom as riders are swung high in the air and spun simultaneously in this action-packed new experience.

“This fierce ride is guaranteed to deliver an intense experience for thrill seekers of all ages,” said Eric Gilbert, park president, Six Flags Great Escape Resort Properties. “Extreme Supernova is the ideal addition to The Great Escape in 2014 as it perfectly complements the nearby Comet and all of our great rides and attractions.” 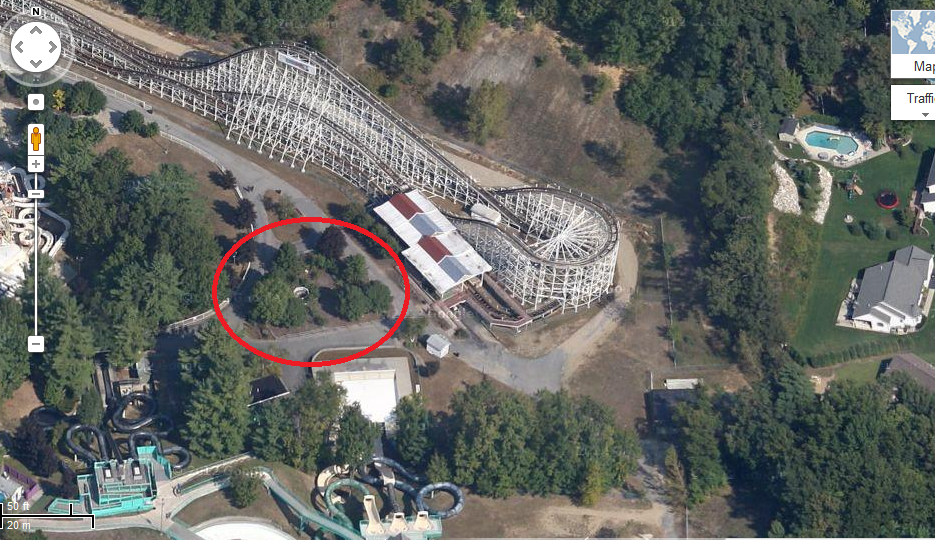 According to the press release the area circled above is the most likely location for Extreme Supernova. A few years ago this location was also rumored to be the new location for the Flying Trapeze. A ride was planned to take over Flying Trapeze’s spot so they decided they would relocate it. The plans fell through, however, and Flying Trapeze remained in its current location. The park denys these rumors but they went so far that they installed electrical units in this spot. They wouldn’t do that if they didn’t have plans to put something there. The electrical units are still there to this day, although the park has covered them up with dirt. This makes it incredibly easy for the park to add the new ride. Wouldn’t it be cool if they positioned the ride to fly over the midway?

This fall the park is investing a lot of money into the ever popular Fright Fest. For the first time ever they are turning the Ghost Town section of the park into scare zone called Ghost Town: Dead in the West. Featured in the scare zone is the all new haunted house in and around the building that used to house the former Nightmare coaster. The coaster was closed and removed in 2006 but the building remained standing. In an interview with the Post Star, park president Eric Gilbert described the new haunted house, “The theme is miners trapped underground have unearthed this orb of some sort that has created all the zombies living in Ghost Town. It’s an indoor/outdoor haunted house, and it’s going to be a more immersive experience than our guests have ever seen.” He also described the new scare zone as “kind of like going to a rock concert with cowboy zombies roaming the streets.”

I know I’m excited for both Extreme Supernova in 2014 and the new scare zone and haunted house this year. What about you? Let us know in the comments below! Also, enjoy this video highlighting the biggest attractions coming to the Six Flags parks in 2014.