Catapult to be removed from Six Flags New England

Last week we reported that Catapult was being removed from Six Flags New England. The park confirmed to us that it would be happening… Today we have the pictures to further show that yes, Catapult will not be at SFNE for the 2013 season.

Catapult opened at the park in 2006 after being removed from the closed Six Flags AstroWorld, where it was known as SWAT. While it has operated at the park, it has had its fair share of maintenance issues. From 2006-2007 it was essentially closed all the time. It would operate sporadically. At the end of 2007, the park announced that it would be removed for the 2008 season. However they changed those plans and decided to fully rehab it and fix a big issue with the restraints. In 2008, it reopened and it was open more often. 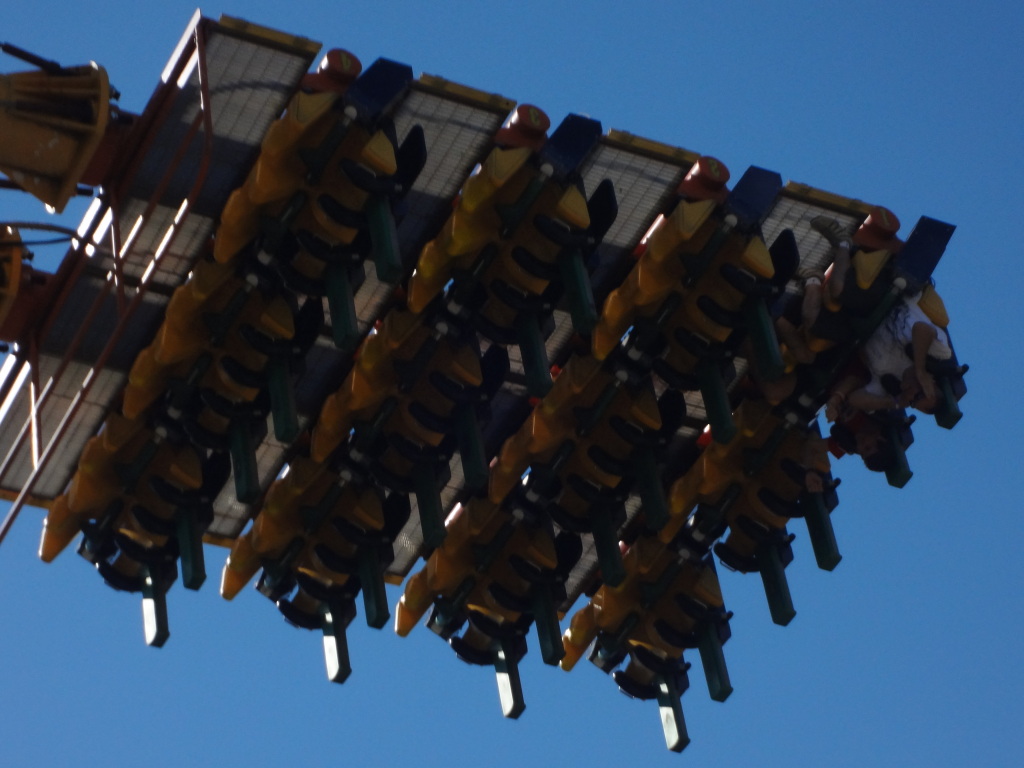 Catapult is a unique ride manufactured by S&S, an American company who is mostly famously known for their air powered drop towers. With the exception of the drop towers, S&S has a reputation for manufacturing thrilling rides with loads of maintenance issues. As we said above, Catapult continued that tradition. 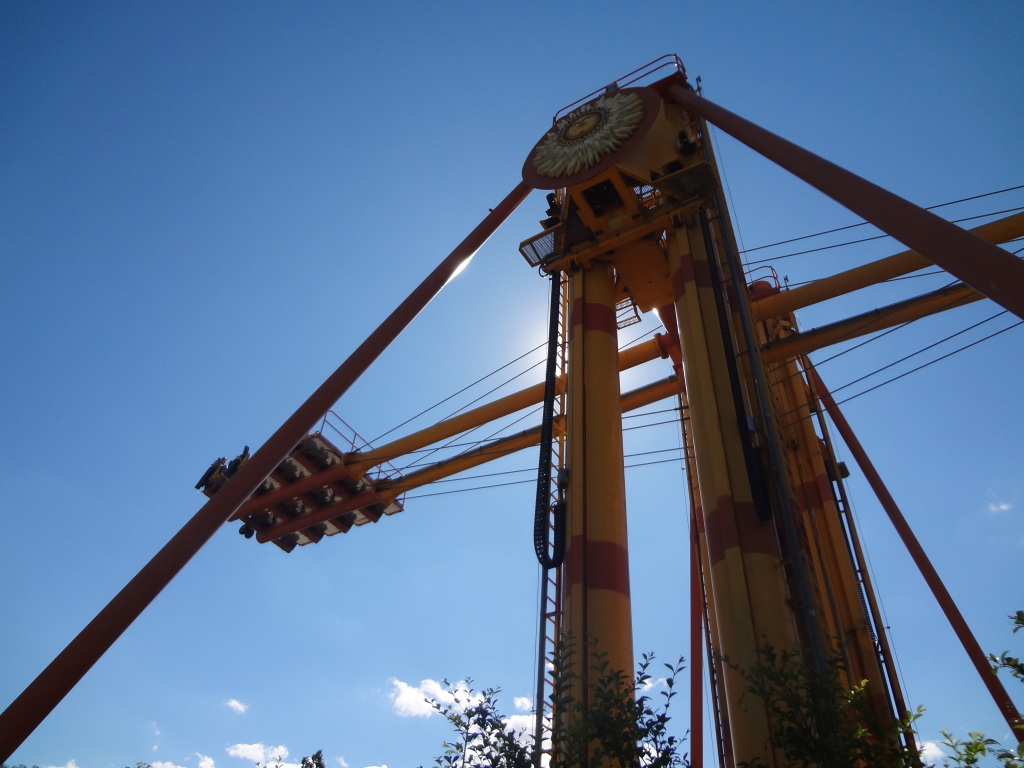 The ride was unique for it look like a massive, double sided fly swatter. It’s model name is the S&S Sky Swatter for that very reason. The ride experience is extremely thrilling. Riders feel like they would be thrown straight into the ground below, only to swoop back up and around. There is no other ride experience like this. 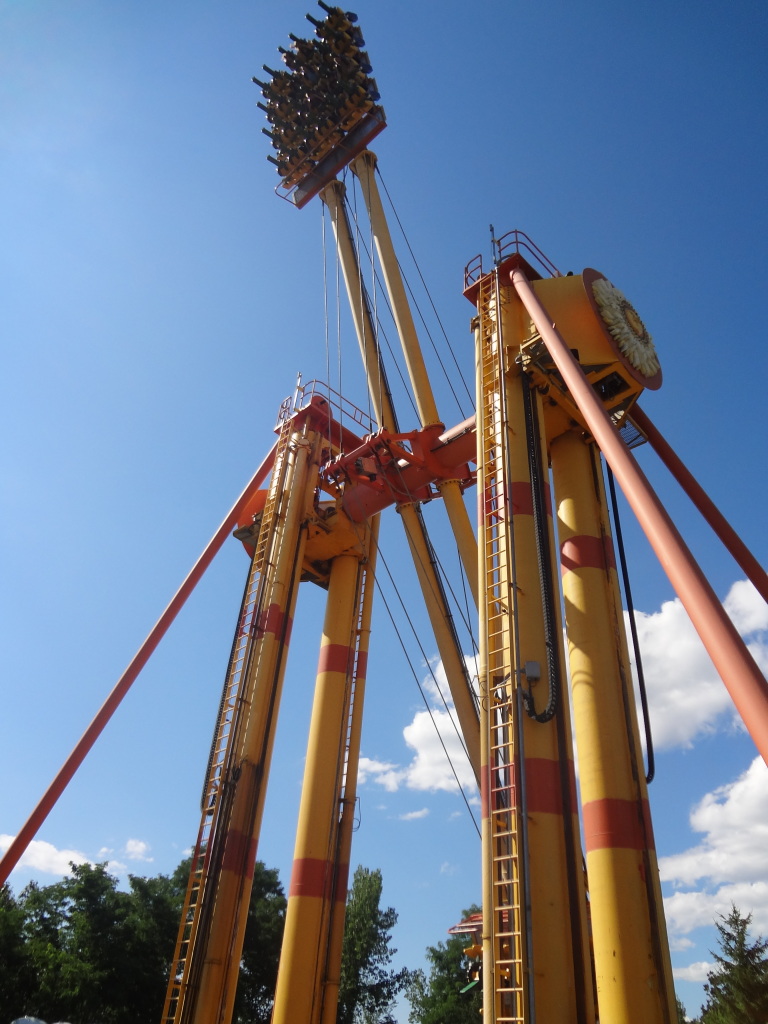 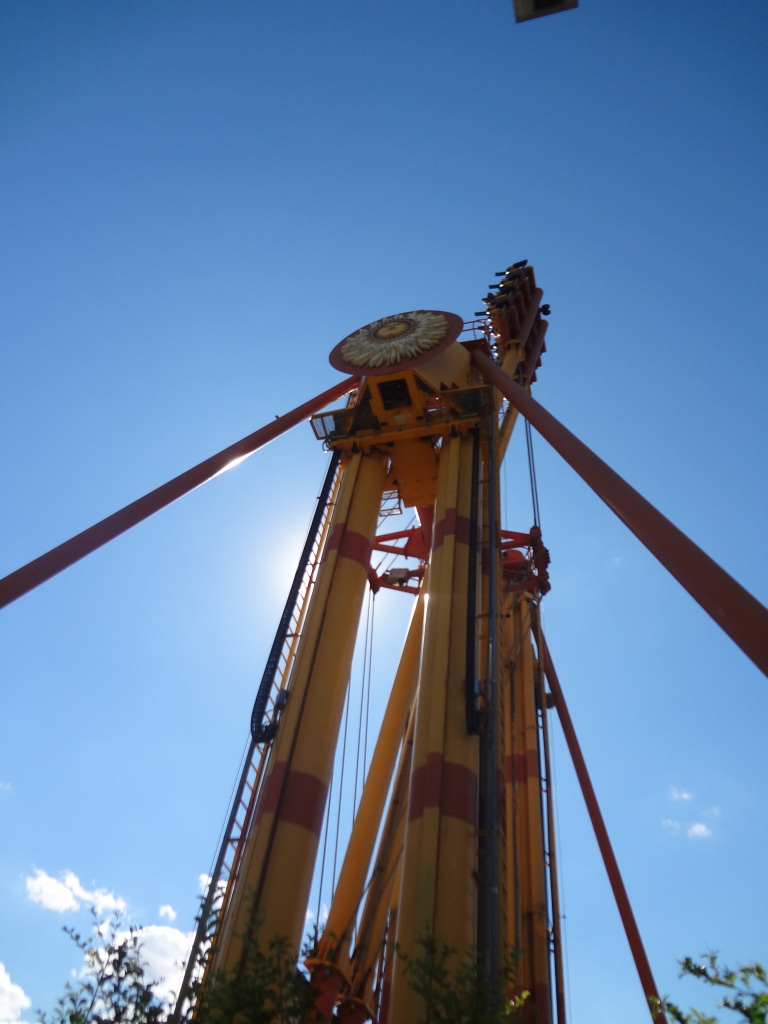 Only two S&S Sky Swatter’s were manufactured, Catapult being the only one in the United States. The second one, named Slammer, is located in England at a park called Thorpe Park. Most amusement park fans are sad to see that the only one in the United States is being retired. I say most, because anyone who rides it will have a polarizing opinion. I’ve never met anyone who felt that it was just an okay ride. Riders either loved it a lot or they hated it to the point that they wanted it to be removed.

Enough history, let’s get to what you came here for… Here are the pictures of Catapult being removed. 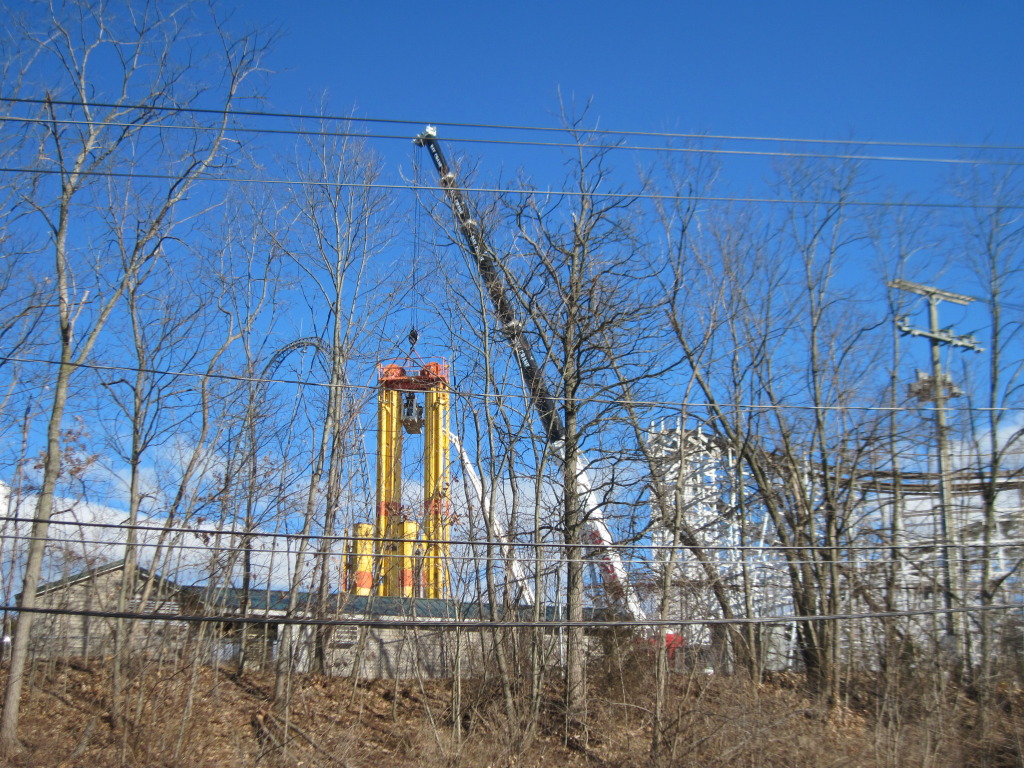 As you can clearly see, SFNE has worked pretty fast in taking the ride down. These pictures were taken on Tuesday, March 5. As of March 7 the ride has been removed completely. 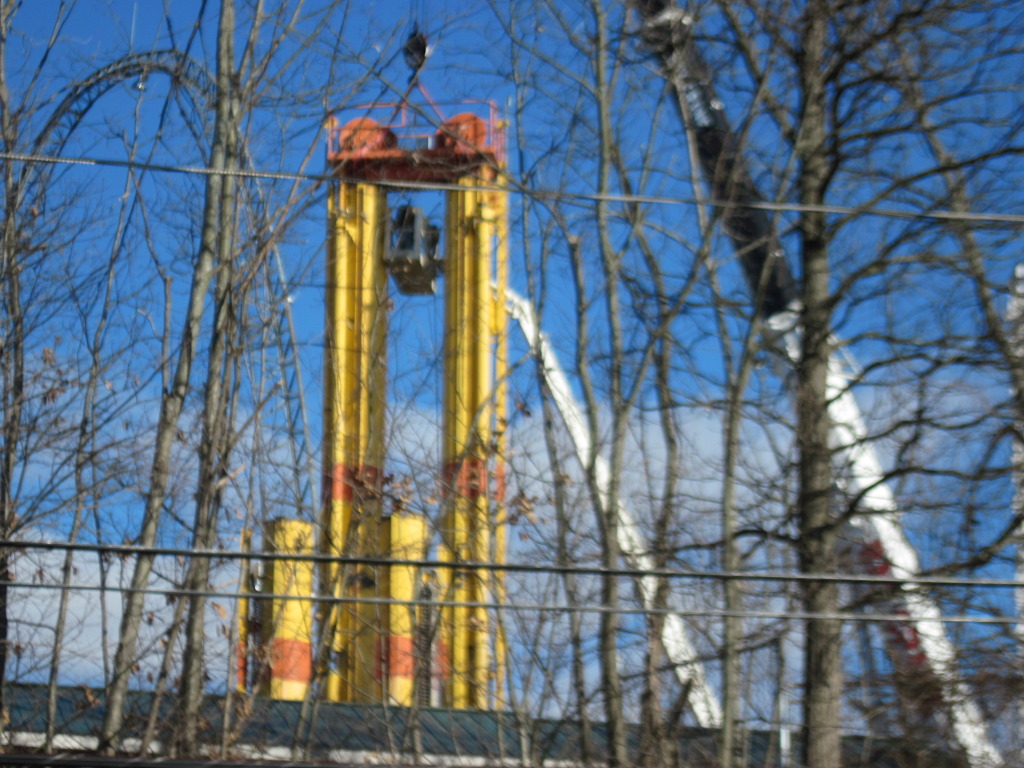 Many people are speculating on where the ride may end up. The truth is is that no one except Six Flags knows what is going to happen. There are plenty of rumors floating around. The most plausible rumor is that they are taking it out so they can construct the record breaking Star Flyer in Dare Devil Dive’s location more easily. Some sites have claimed that Catapult was removed because the Star Flyer is going in that location. We can confirm that that is simply not true. SFNE got approval for the Star Flyer to be in the location of the Sky Coaster, which is just outside the buffer zone. There is no way it could be built anywhere else without getting approval from the town of Agawam.

We believe that the ride is being scrapped, meaning it will be cut into little pieces and sold as scrap metal. This means that it will never reopen again. 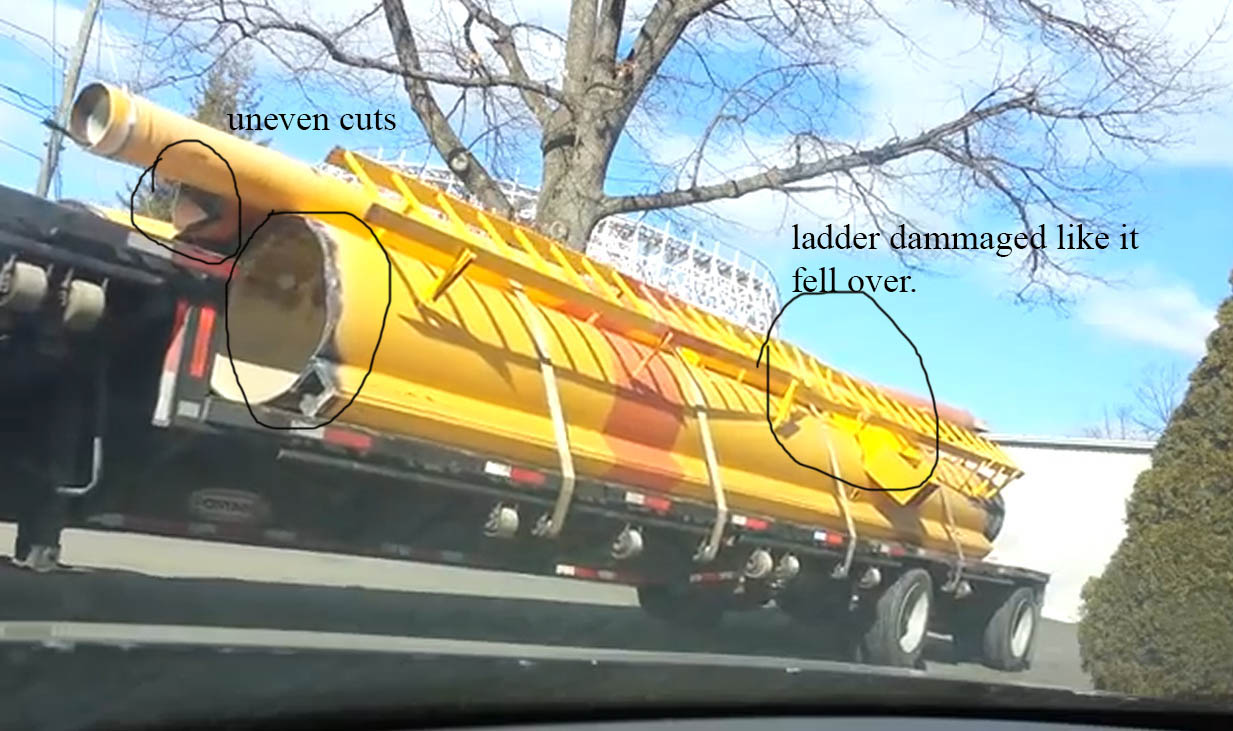 Then tell us your thoughts on this recent news.