We haven’t done a speculation post like this in a long time. With Catapult’s removal confirmed we thought it would be the perfect time to speculate on what might replace Catapult in the future. First off, we are going to post some pictures showing off what Catapult’s site looks like now that Catapult is gone. 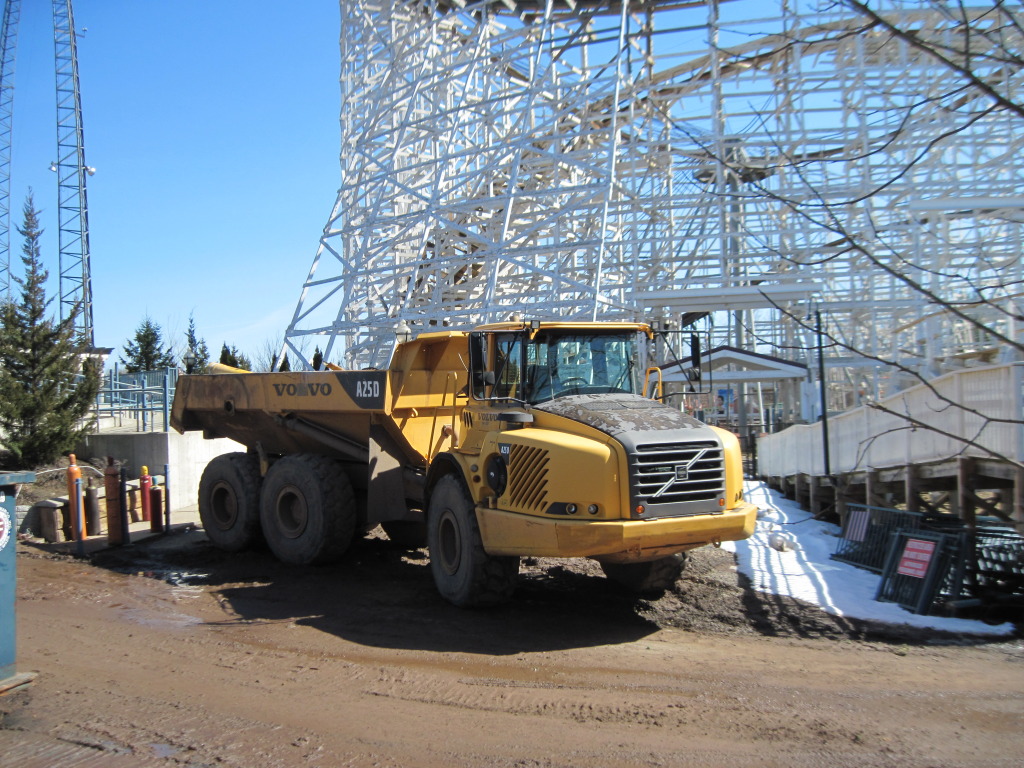 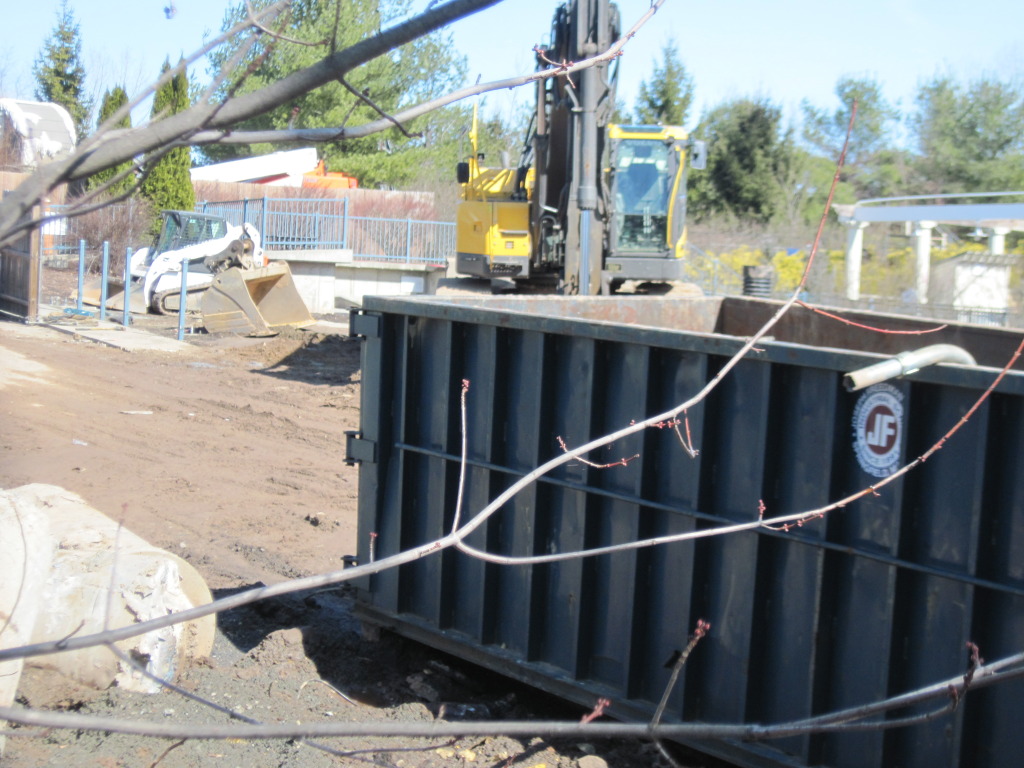 As you might be able to tell, the site is rather large. This frees up some space that the park desperately needs for future expansions. We see a few different scenarios happening. Each one is more plausible than the next.

A new launched coaster that starts in Catapult’s spot and goes behind Blizzard River. Like we said, we’re going to start off with the craziest scenarios. A launch coaster is something Six Flags New England is missing. How sweet would it be to launched from Catapult’s site to the woods behind Blizzard River. Then launch back up the hill and into the station. Cool, I know. Too bad it won’t happen. 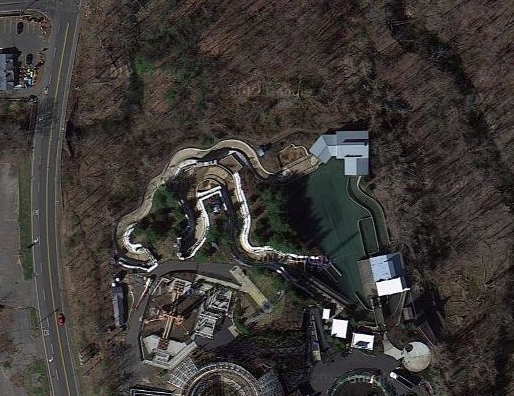 A brand new garden! When SFNE removed Time Warp, they just replaced it with a garden. That probably won’t happen since Time Warp’s spot was hard to add something else in it. Pandemonium was built around Time Warp, which is why nothing else could really fit. Catapult’s location is really big and a garden with a few outdoor storage benches would just be a waste of space.

New flat rides, because let’s face it – Six Flags New England desperately needs more flats. They aren’t as bad as Six Flags Great Adventure and Six Flags Magic Mountain, but they are close. Catapult’s location could probably fit two smaller family friendly flats. As we mentioned in our Whistlestop Park post we think a Larson Flying Scooter ride would compliment SFNE’s line up of rides perfectly. Plus, it would fit in well with the world’s tallest Star Flyer coming to the park in 2014. More on that later. 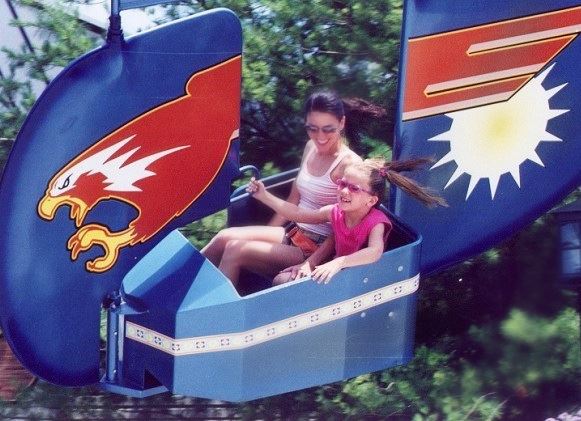 Flying Scooter rides lets the rider control their flight. We talked about it a lot in the Whistlestop Park post so we won’t go over it again. In addition to a Flying Scooter ride, another classic family friendly ride would be perfect. We were thinking a Tilt-a-Whirl. The former American Adventures park that Six Flags closed a few years ago had a Tilt-a-Whirl. It is now in storage at Six Flags Over Georgia. The Scrambler Six Flags Great Adventure received last year came from American Adventures. 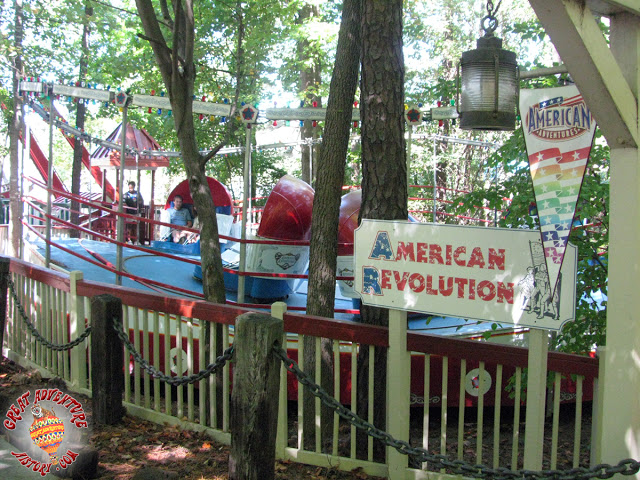 The name of the Tilt-a-Whirl at American Adventures, as you can see in the photo above, was American Revolution. Now wouldn’t that fit in perfectly next to Cyclone? The Flying Scooter could also have an American theme. The rumored name for the Star Flyer is New England SkyScreamer. Actually, that is likely the name,  just basing it off of the other 400 ft. Star Flyer (named Texas SkyScreamer) going into Six Flags Over Texas. 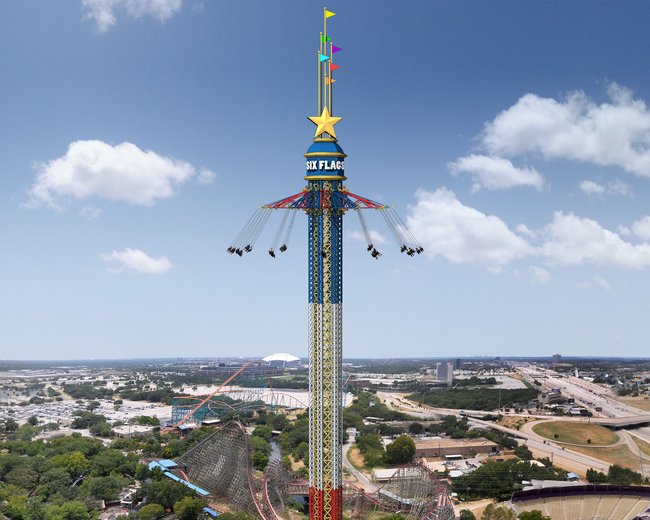 See what we’re getting at here? New England SkyScreamer, American Revolution, Cyclone, and whatever name Six Flags could come up for a Flying Scooter – would all be perfect for a mini themed area in SFNE. Will it happen? Probably not. But if I must say so myself, it is a great idea. 🙂

The most likely scenario is that Six Flags New England goes back to the town of Agawam to get approval to build the 400 ft. Star Flyer in Catapult’s spot. Currently the park has gotten approval for it to be built where Taz’s Dare Devil Dive (Sky Coaster) is. The plan would then have the park move the Sky Coaster over to the South End. Take a look at the site plan for the Star Flyer: 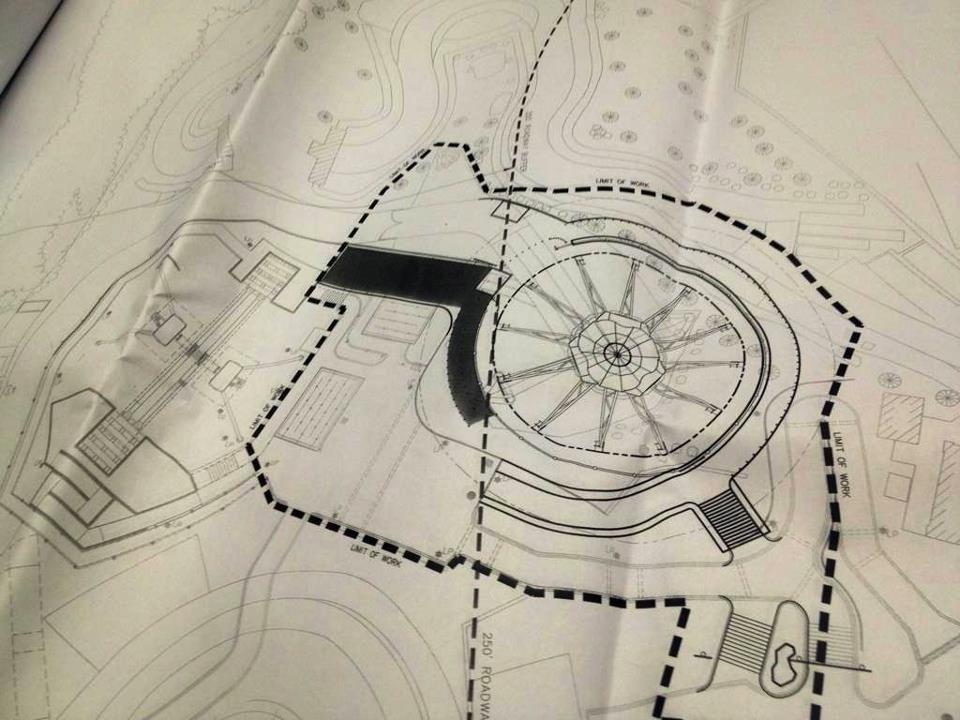 The site plan shows the Catapult would still be in the park. Obviously plans have changed. This is why we are speculating that they might just get approval to build New England SkyScreamer where Catapult was – eliminating the need to the relocate Taz’s Dare Devil Dive.

At this point anything could happen. If Six Flags New England does go back to the town we will be at that meeting. The Great Nor’Easter event put on by the American Coaster Enthusiasts is happening at the end of the month. We will likely get some more information about the removal of Catapult then.

What do you think will replace Catapult? Are our scenarios crazy? Let us know. We are interested in hearing what you have to say…