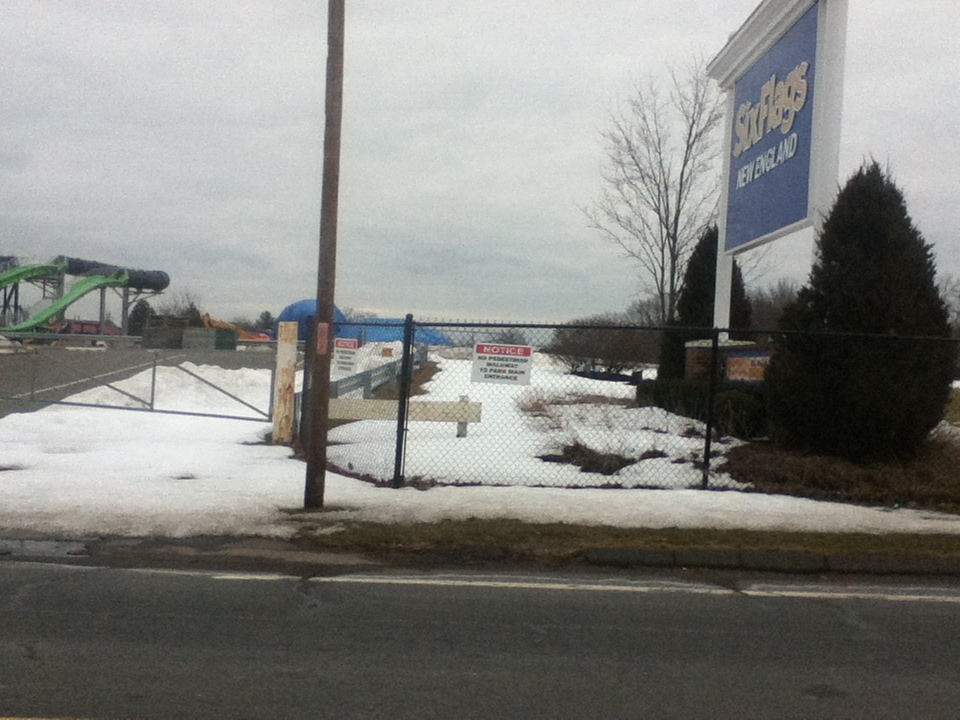 Today we did a quick drive by of Six Flags New England to check out the construction progress on Bonzai Pipelines and the Hurricane Harbor expansion. Not much progress has been made since Blizzard Nemo hit a few weeks ago. That is to be expected though, seeing as they have until Memorial Day weekend to finish the project. The picture below was tweeted by Six Flags New England the day before the blizzard. Side note: if you aren’t following the park on Twitter, you should. They have been providing frequent updates! Their Twitter handle is @SF_NewEngland. 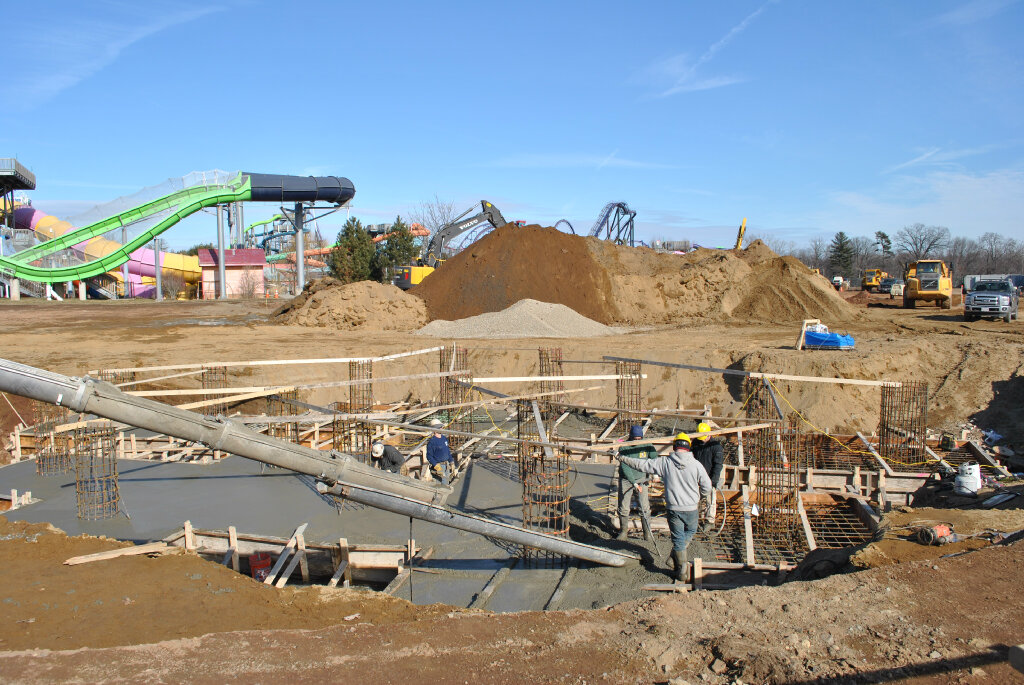 As you can see in the picture above, they had just started pouring the massive footer for the slide complex to sit on. In the following photos you will see a huge, blue tarp. This tarp is covering the footer and protecting it against the harsh winter while it settles. Also, it looks like they are using the blue tarp as a tent of sorts to do construction work under it. 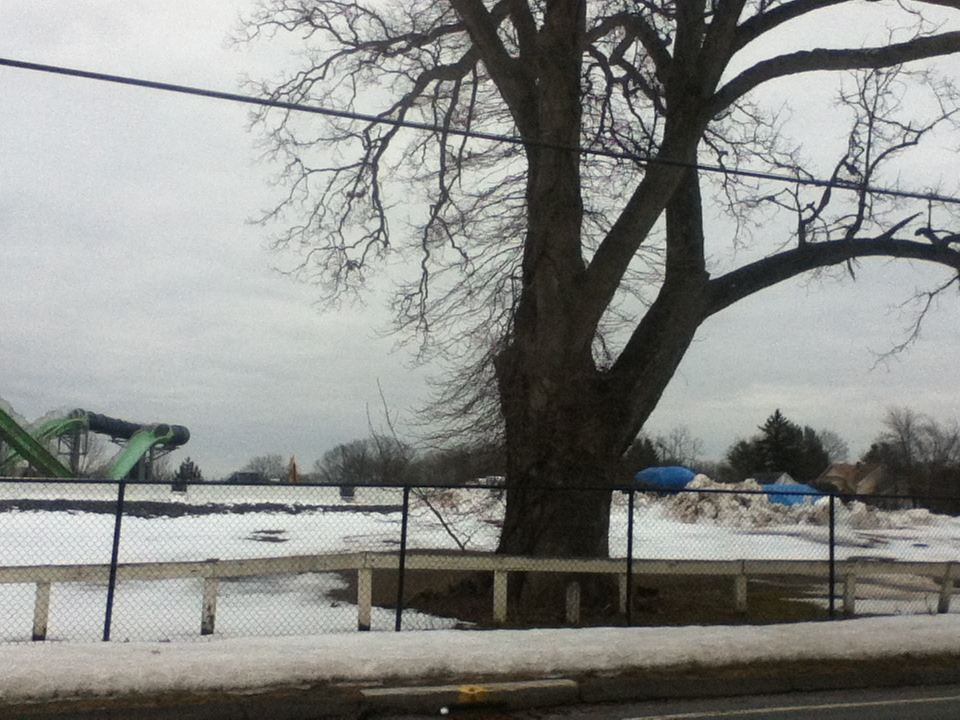 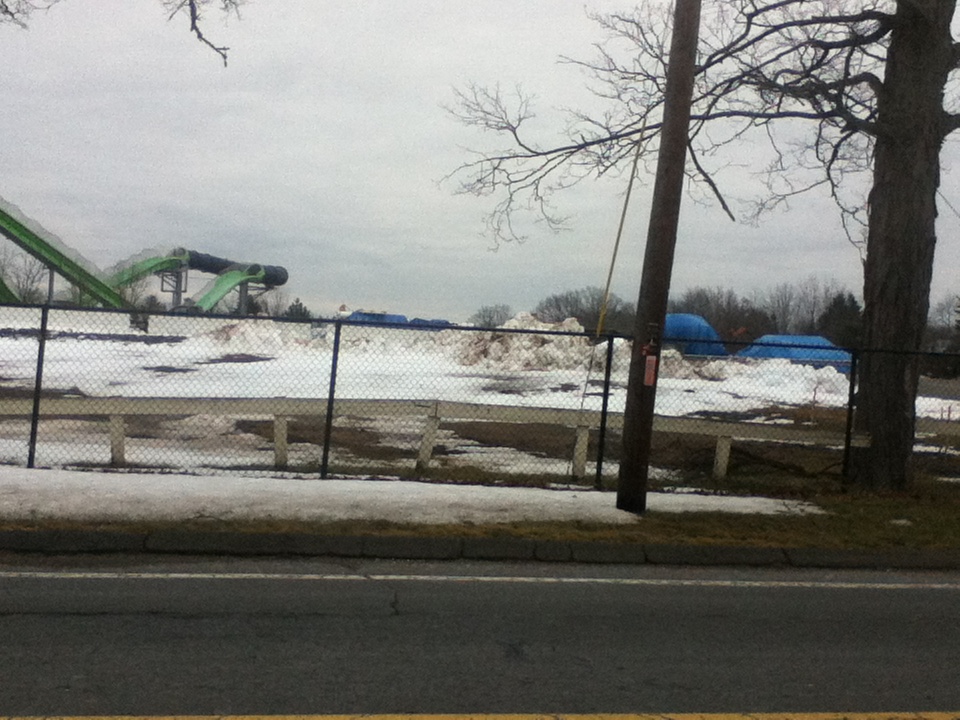 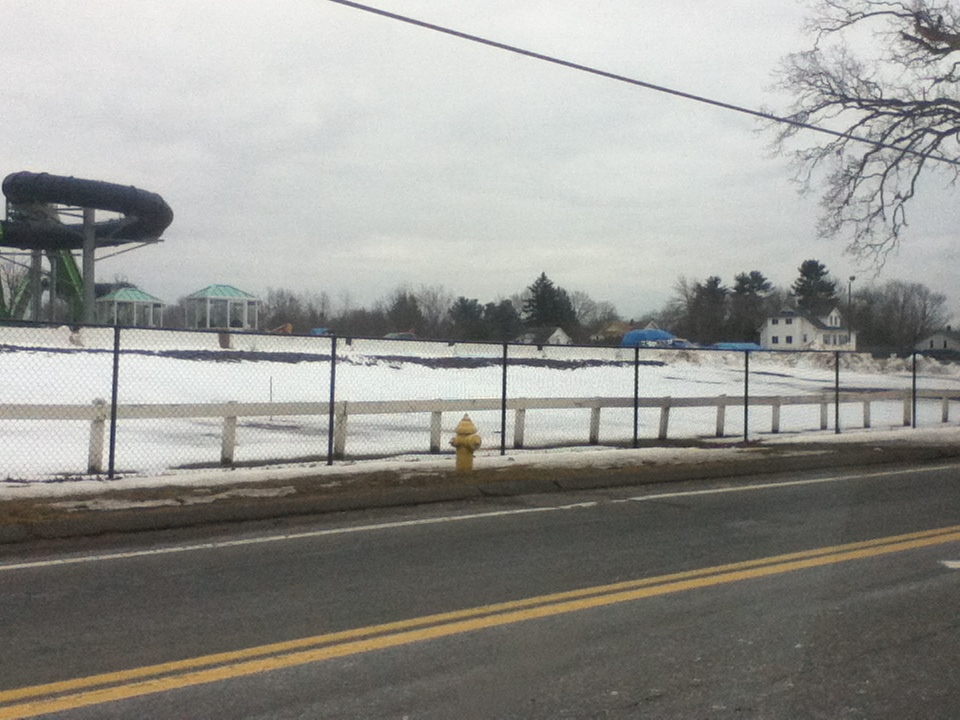 As you can see, there really isn’t much going on yet. Slide pieces have started to arrive however. In addition to the footer picture, SFNE tweeted out a picture of some of the slide pieces: 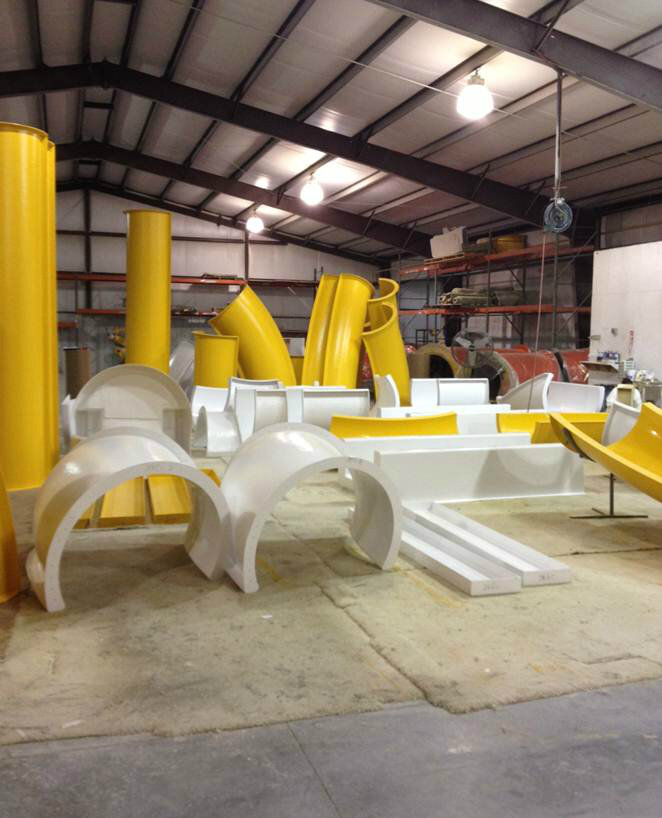 The rest of the park is sitting dormant until April 13, when the park reopens. Here are some quick pictures of the rides that are easily visible from the street. There are also some pictures of Catapult that we took in response to the recent rumor. Scroll down to learn more… 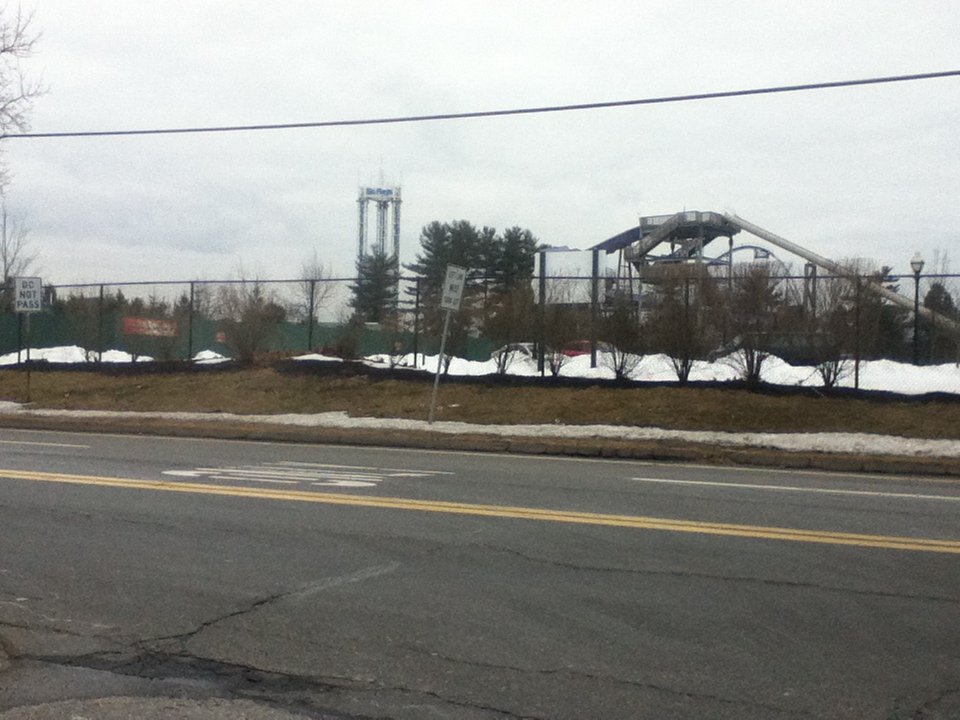 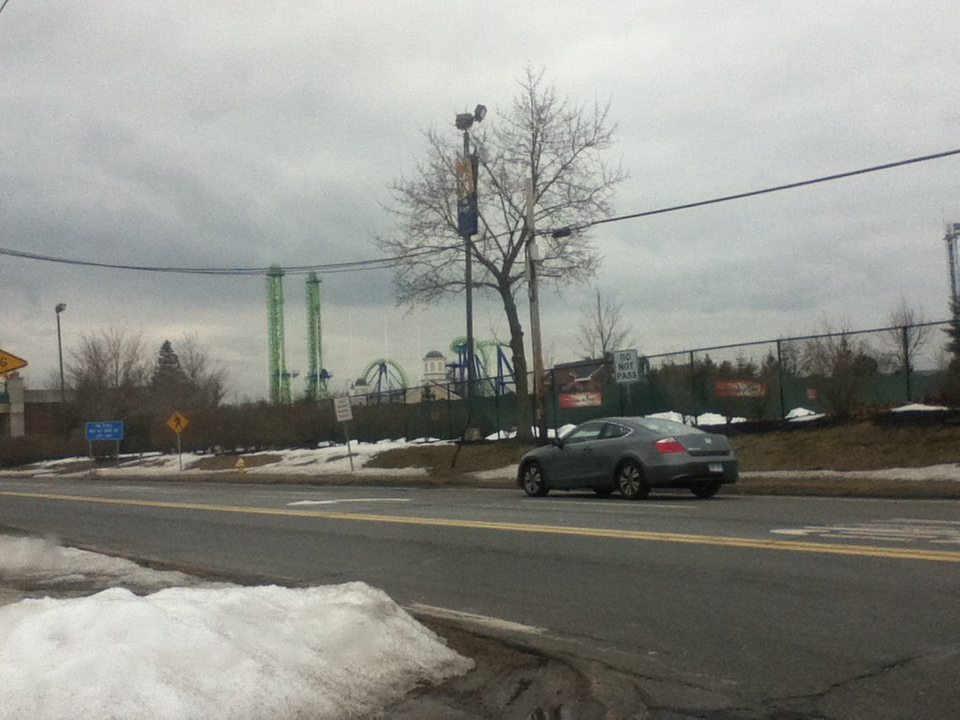 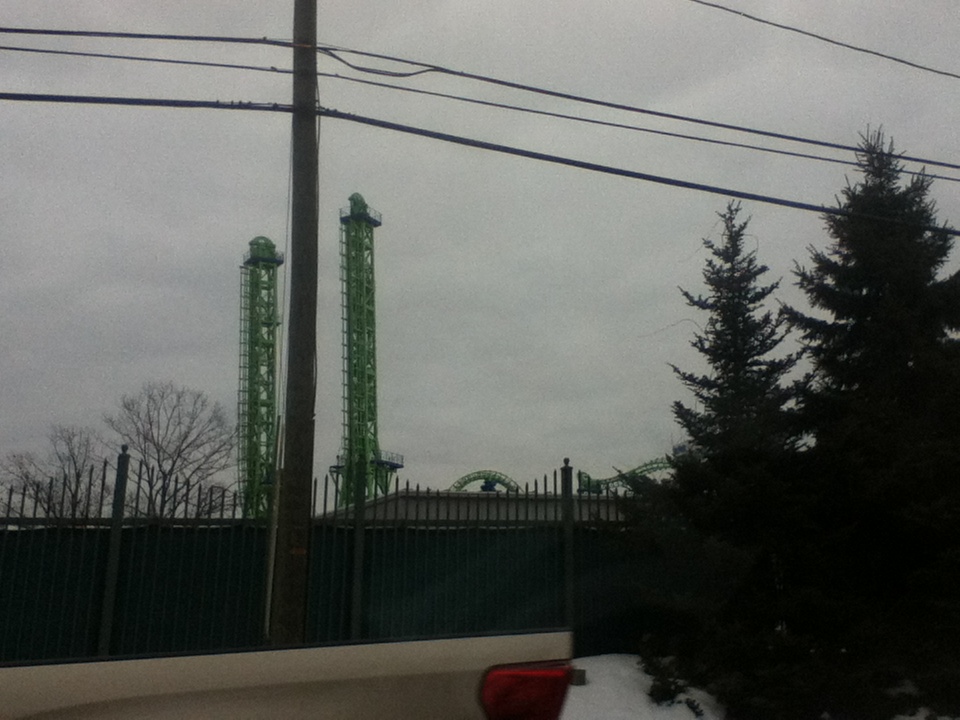 It looks like we won’t see any track work done on Cyclone this year: 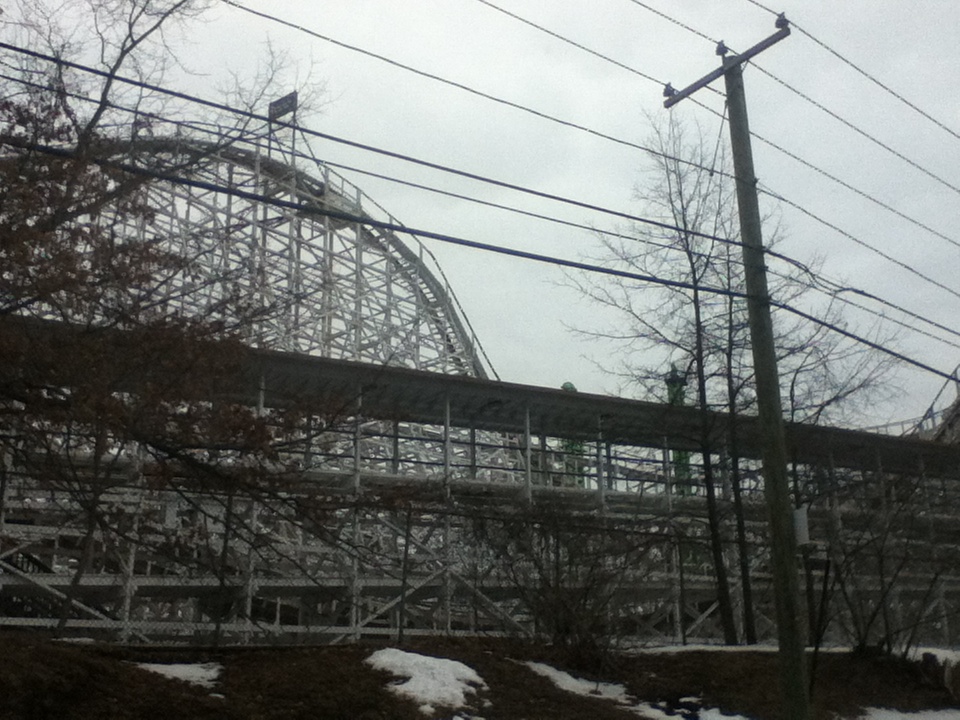 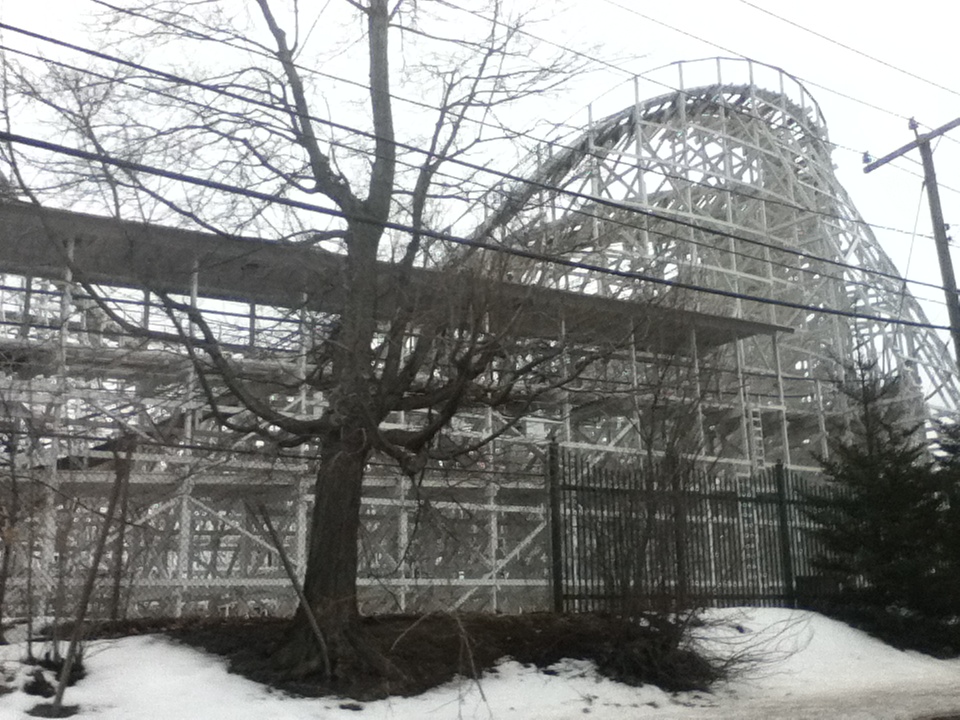 As you may have heard already, Catapult will be removed from the park this year. Six Flags New England confirmed it on Twitter:

Here are some pictures showing that. Our sources are telling us that the support towers are the only thing left of Catapult: 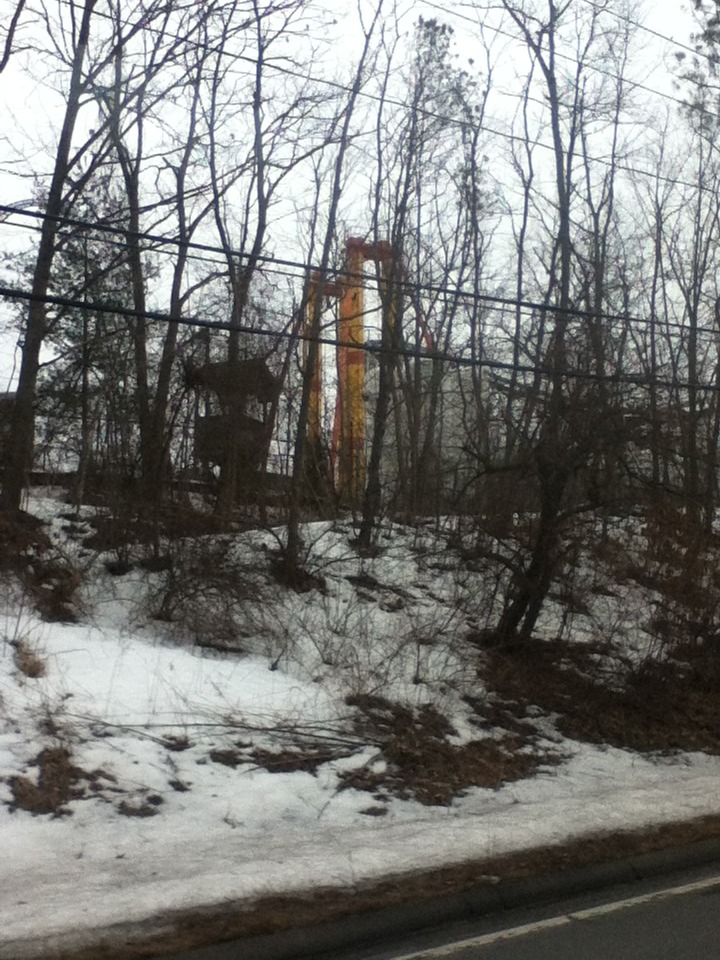 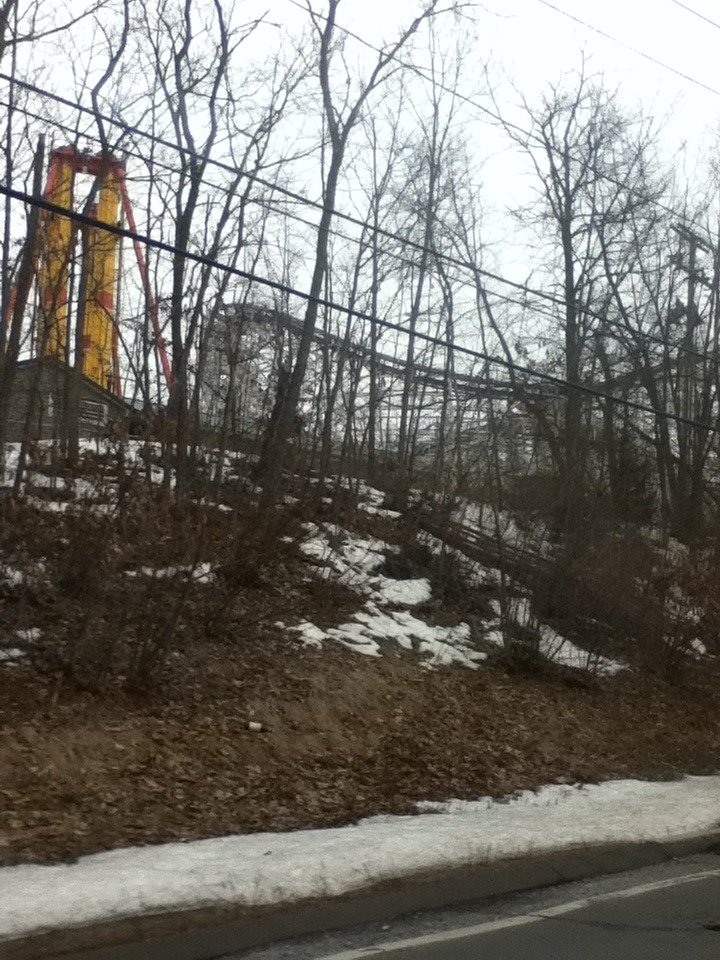 Supposedly Catapult is being removed to make way for the 400′ star flyer that was approved for the park back in July. When it was approved, the plans showed for the tower to be placed on the site of Taz’s Dare Devil Dive, the parks Sky Coaster. We were told by a source that Dare Devil Dive would be relocated to the South End. We aren’t sure what the park has planned now.

Losing Catapult is definitely a loss that hurts. Catapult was the only one in the US. It was plagued with down time but in recent years, the park had got the down time under control. We hope that it is just being removed for construction and then it will be added back in 2014, along with the tallest star flyer in the world. I mean, where else are they going to fit that 500 ft. crane to install the star flyer?

This last picture shows that nothing has changed with the Sky Coaster either. 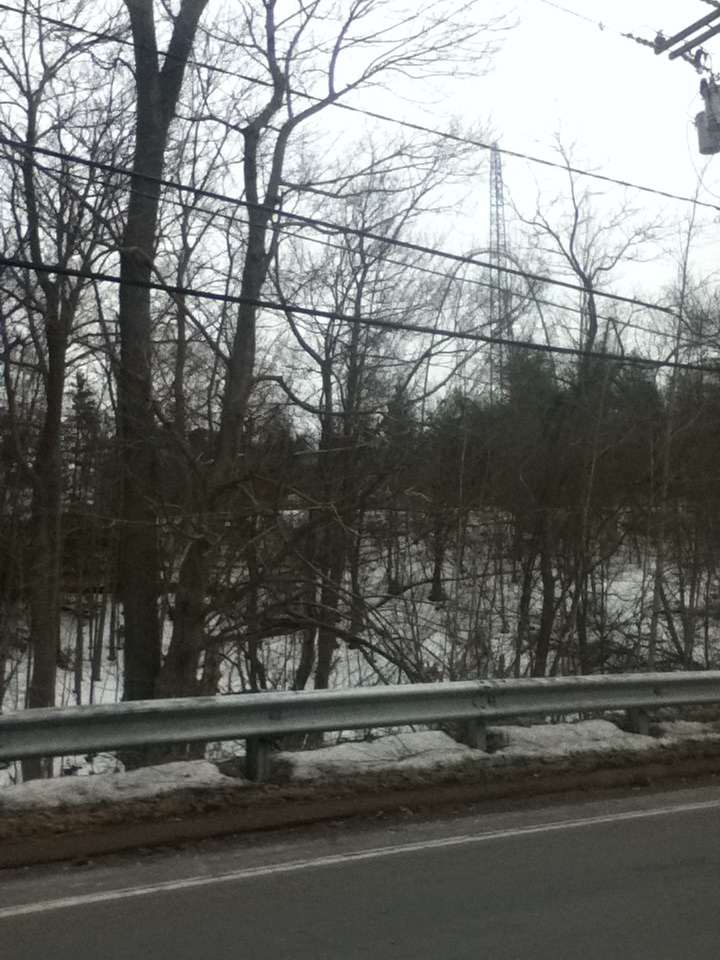 This is all we have for today. There really isn’t much going on that is visible from the street, unlike last year where we could easily see Goliath going up. Stay tuned to our Facebook and Twitter for more updates in the future.