Now obviously they weren’t expecting that Catapult would have to be removed suddenly so that’s why it’s in the picture.  We’re getting conflicting reports of where exactly NESS will be located. The plans currently show that Taz’s Dare Devil Drop being removed. However, we have also been told that the current plan is to use the same queue structure they had for Catapult and that the ride will overtake Catapult’s spot. If you look at the plans again it seems like it would be impossible to fit the ride into Catapult’s old spot. If they go this route, I hope they enclose the queue structure because when waiting for Catapult the sun would be beating directly on you. Enclosing it will also look better aesthetically seeing as it currently doesn’t have much of a New England theme to it.

But when I think about it, I sort of hope that they don’t use Catapult’s spot for NESS because I just think it would look better on the perch where Dare Devil Drop is. Six Flags New England also posted a picture to their Facebook page which you can see below. While it’s not Photoshopped to scale (I don’t think the color is correct either) you can see that they eliminated Dare Devil Dive. So maybe they are going with their original plans? Who knows? We will get confirmation soon.

On August, 31 Six Flags New England gave us some more information about NESS on our Facebook page. Here is what they had to say:

So there you have it. The New England SkyScreamer will be replacing Taz’s Dare Devil Drop and the queue line will be where Catapult was. It’s interesting that Dare Devil Drop will be in storage for the 2014 season while it is being refurbished. Last year we were told that they were thinking about relocating it to the South End of the park between Rt. 66 and Mind Eraser. This way they could sell tickets to both Dare Devil Drop and Slingshot at the same place. The way it would be positioned, it would fly over the ledge that is above Catwoman’s Whip. Now wouldn’t that be an extreme rush?

Back in May, Six Flags Over Texas opened up a similar ride called the Texas SkyScreamer. To give you a general idea of what NESS will be like, take a look at this video.

Texas SkyScreamer also received a Guinness World Record for being the tallest swing ride in the world back in June. Supposedly New England SkyScreamer will beat that record. Now wouldn’t that be exciting? I believe that it would be Six Flags New England’s first ever record. 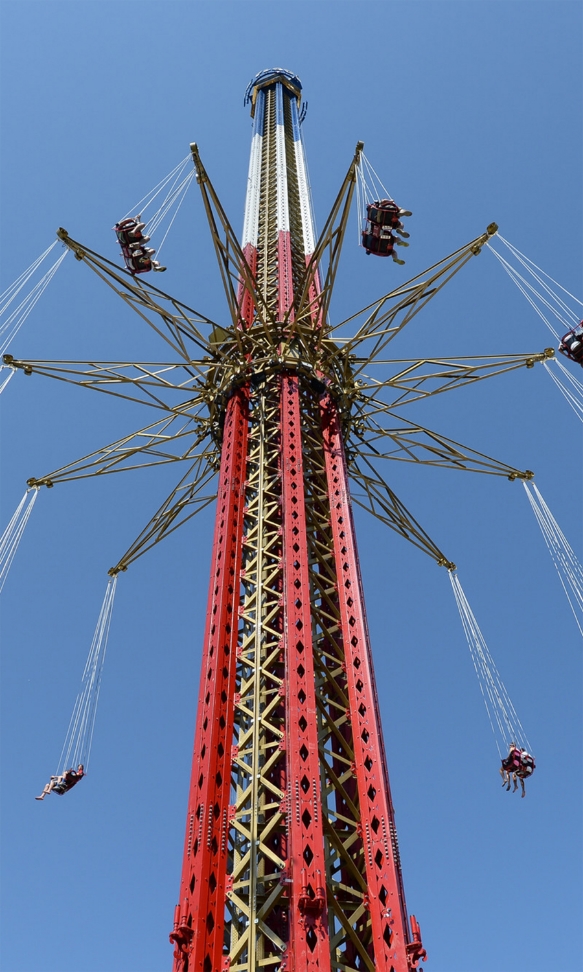 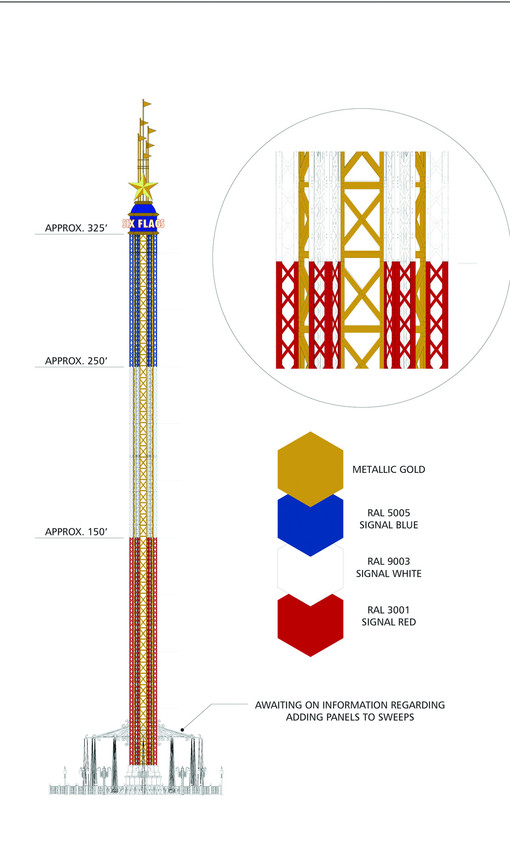 Here is an excerpt from the official New England SkyScreamer press release from the park:

“The New England SkyScreamer will officially be the tallest attraction to join the already amazing line-up of rides at Six Flags New England and become the park’s newest icon. The ride will tower over 400 feet in the air and circle at speeds of up to 40 mph. Once the twenty-four thrill seekers board the ride, it quickly rises, taking guests 40 stories into the air and while spinning round and round, riders will experience breathtaking views of the Connecticut River and New England skyline. At night, the New England SkyScreamer’s bright lights will beckon guests from near and far.

The New England SkyScreamer is scheduled to open summer 2014 and this new attraction will be a “must ride” for thrill seekers of all ages.”

That’s it for this post. Like we did with Bonzai Pipelines and Goliath, we will be providing construction updates throughout the off season. Stay tuned to this blog and on our social media sites for links to those updates. Enjoy this video highlighting the main attractions, including New England SkyScreamer, coming to the Six Flags parks in 2014.