We’re back this week with our third construction update for Cyclone. 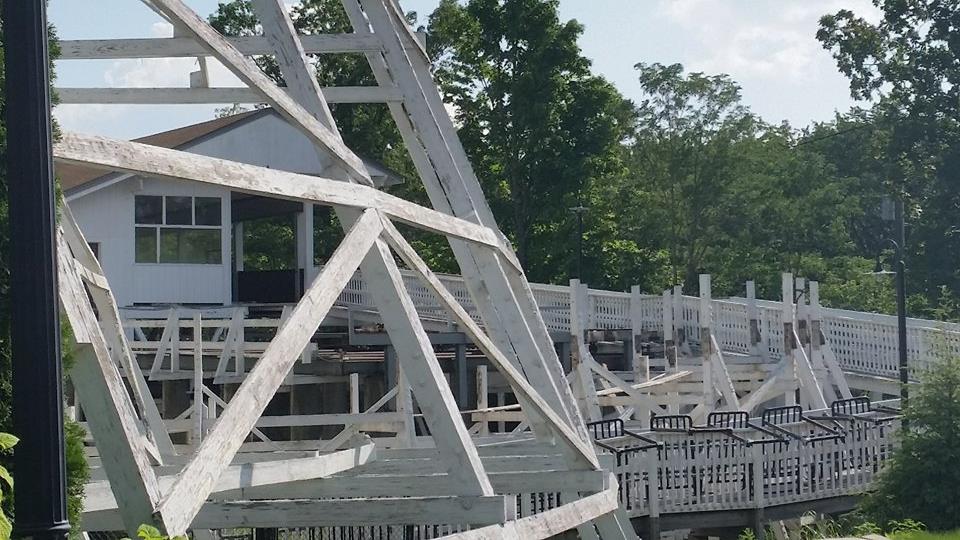 This week has had a lot more going on during it than the previous two weeks. Thanks to Robert and Dennis for sending some of the pictures in.

The first major change this week was the work on the first drop. The RMC crews have removed a large chunk of the drop, exposing Cyclone’s original first drop. This is a good shot of where the original drop begins and the newer drop begins. You can really see how much of a difference the reprofiling made back when it was done in the early 2000s. 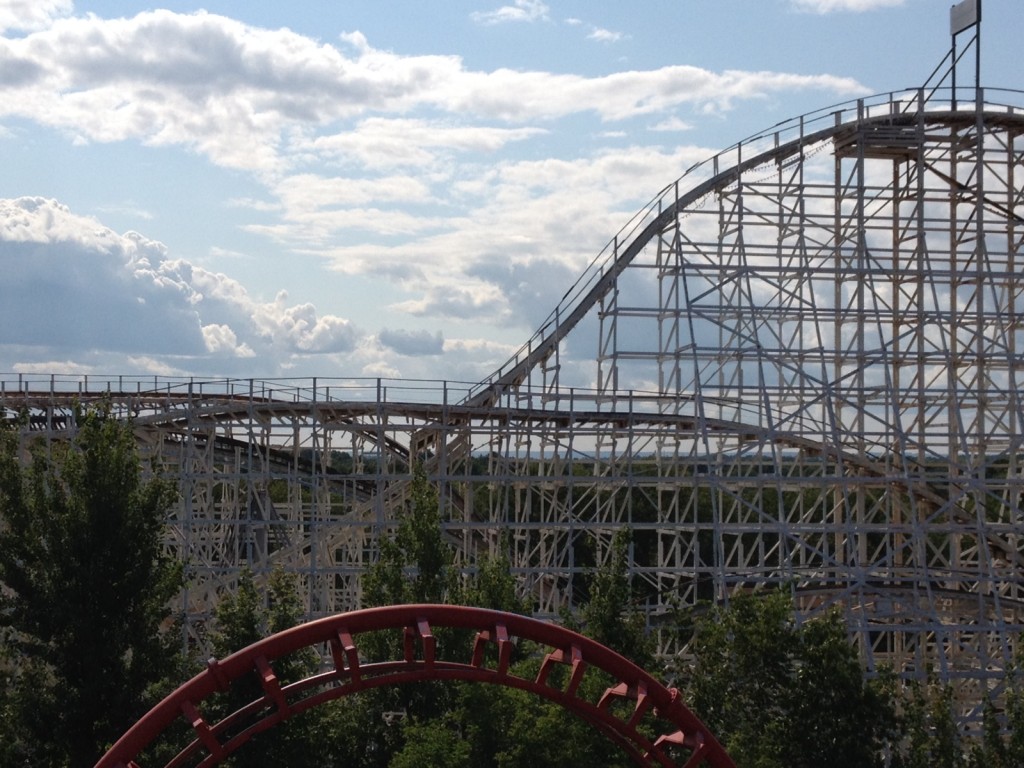 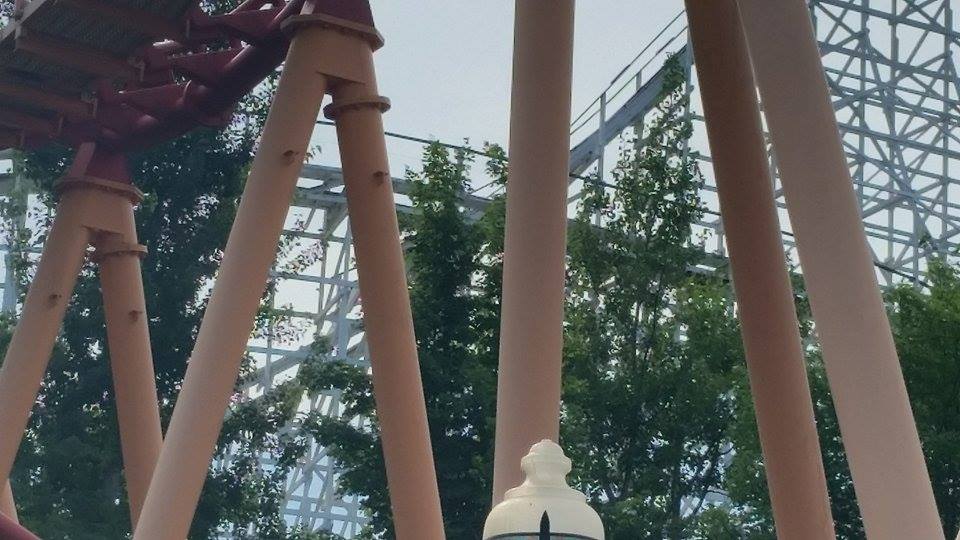 They also removed the airtime hill that went over the lift hill. It’s such a strange sight to see this huge portion of track gone. 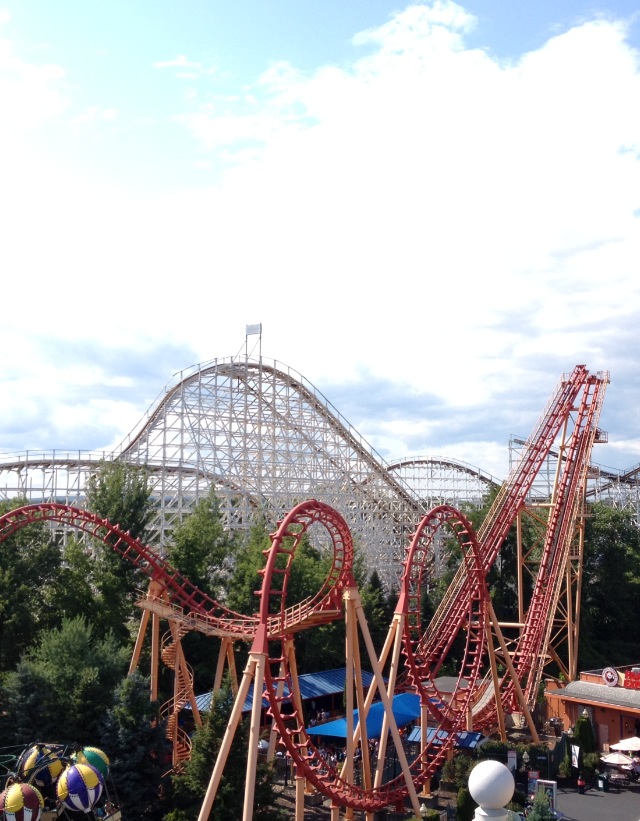 Closer shot of the removed hill. You can see that some of the supports are still there. Since everything is pointing towards this being another Rocky Mountain Construction renovation, it would make sense if they put an inversion here. Think of how cool a zero-g roll would be going over the lift hill. 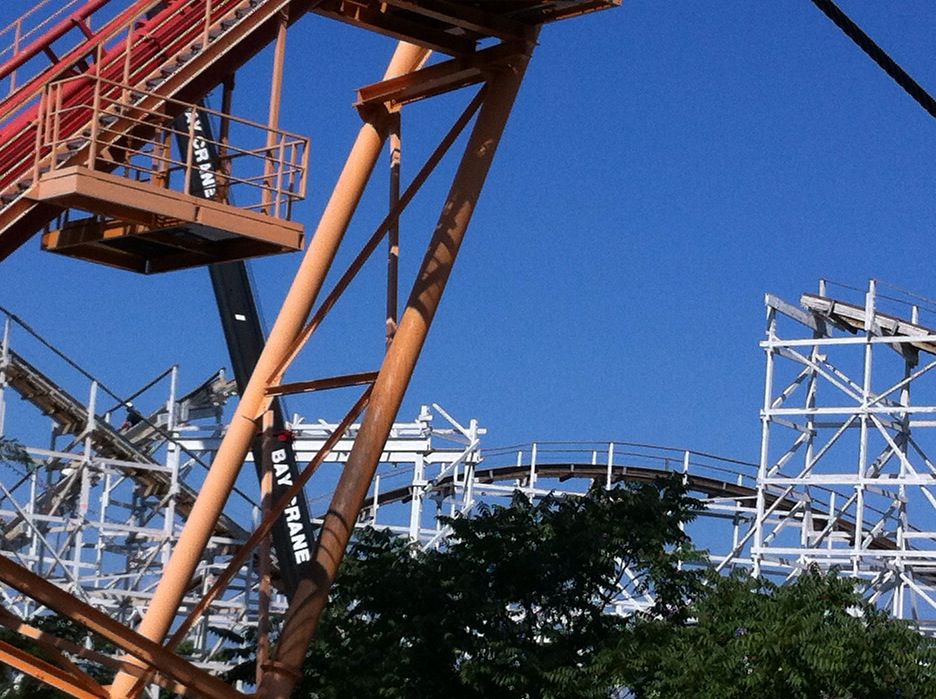 From New England SkyScreamer’s queue. A zero-g roll into an over banked turn would be pretty fun. 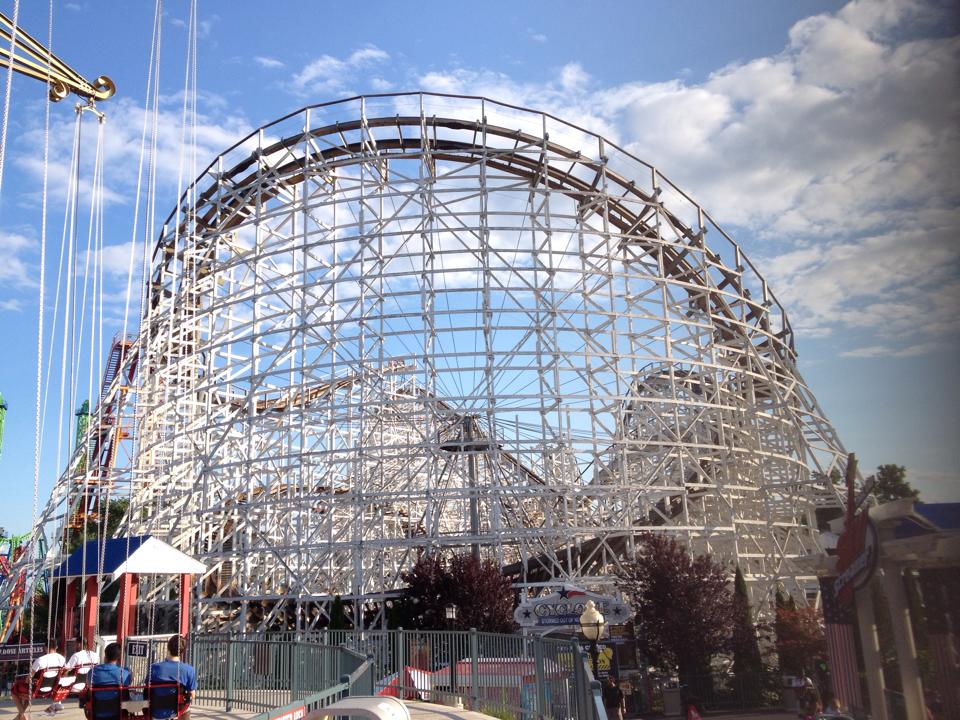 These next three pictures are from our friends at the Coaster Crew. 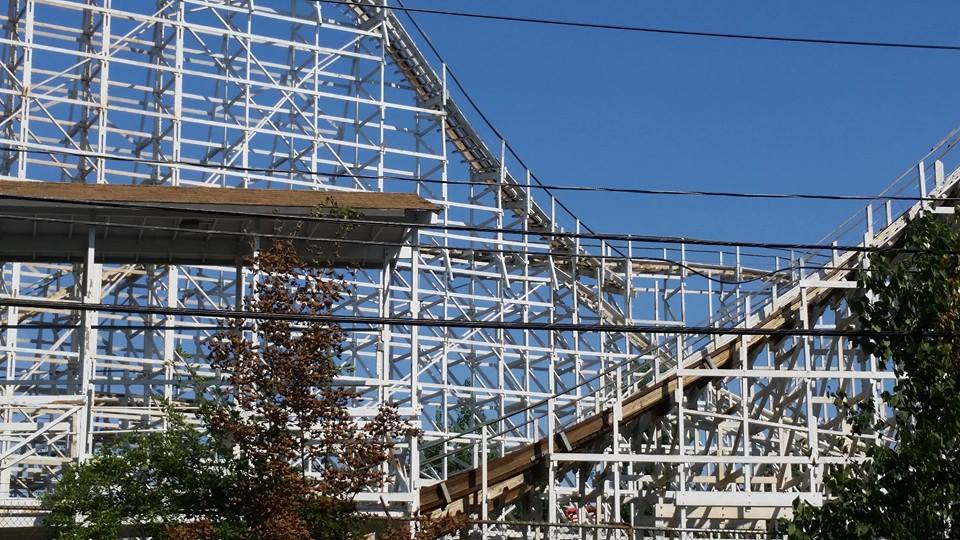 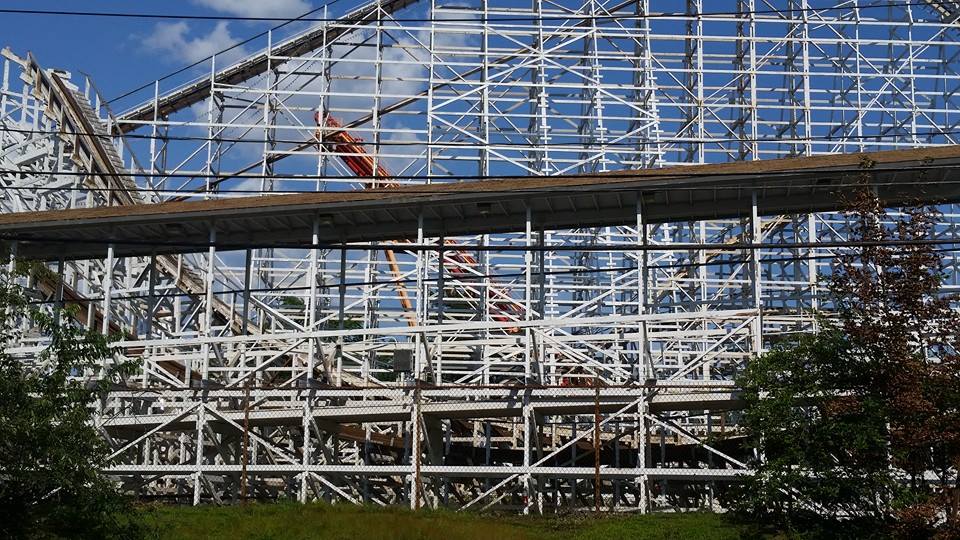 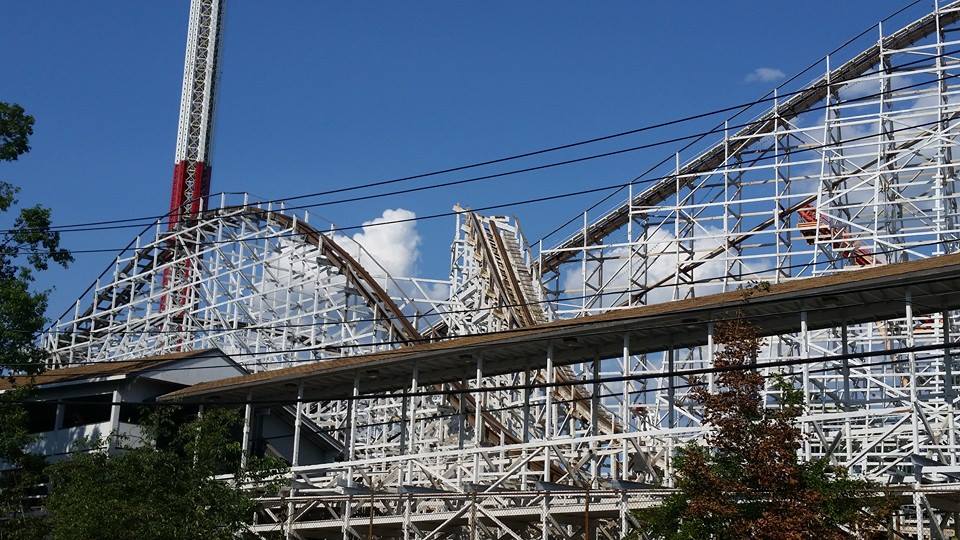 This last picture shows that more of the lift hill has also been removed. It also looks like the chain has been taken out as well. 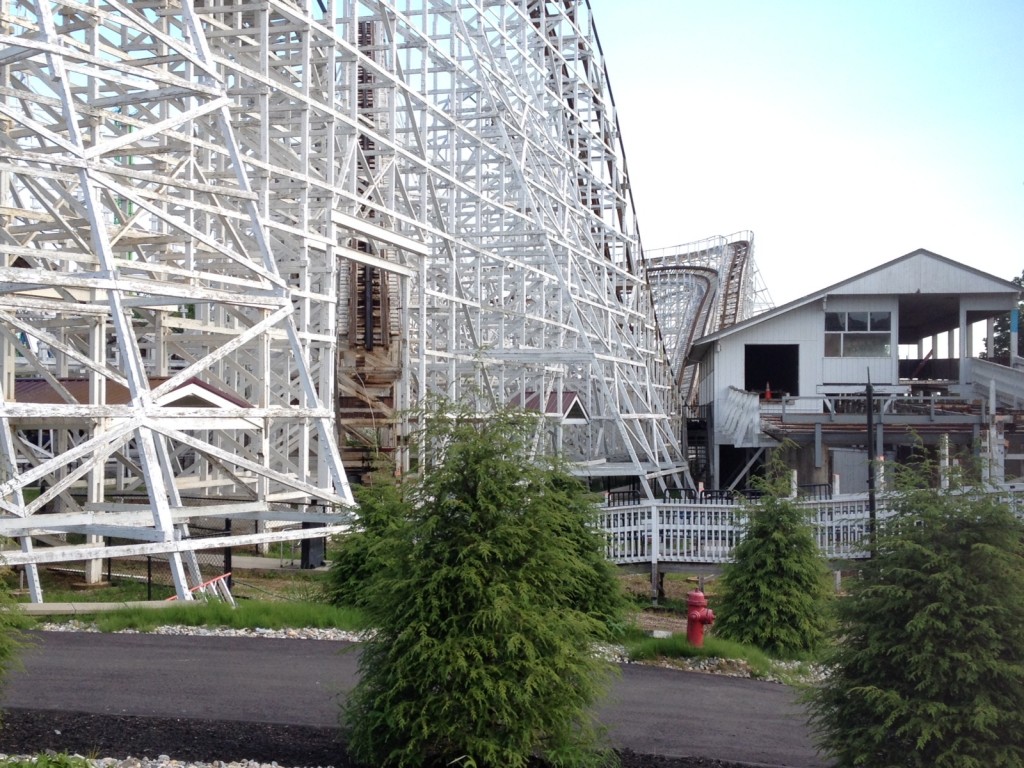 Six Flags New England announces what’s new for 2015 on August 28. Here is a teaser they posted to Twitter to get everyone excited: 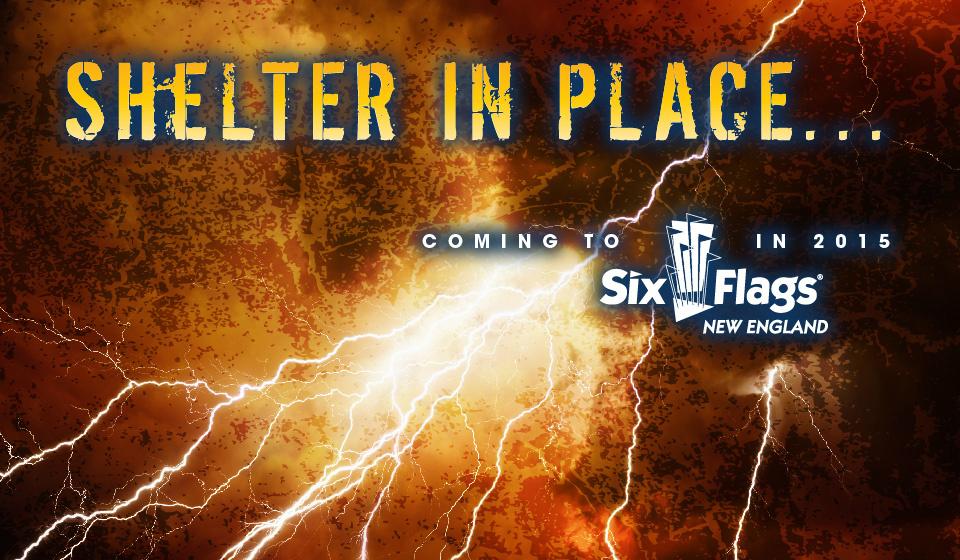 Wow, we can’t keep up with all the progress! Batman3239 on our forum just posted these two pictures showing off the steel beams that RMC uses to support the track. This all but confirms Cyclone’s renovation. If you look at this post on TPR, you can see how similar the work on Cyclone is to what RMC did to the New Texas Giant. 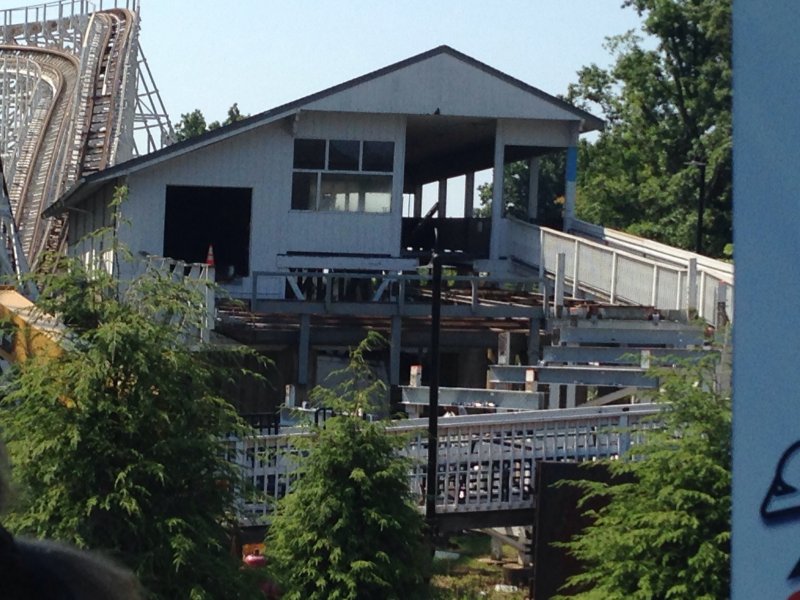 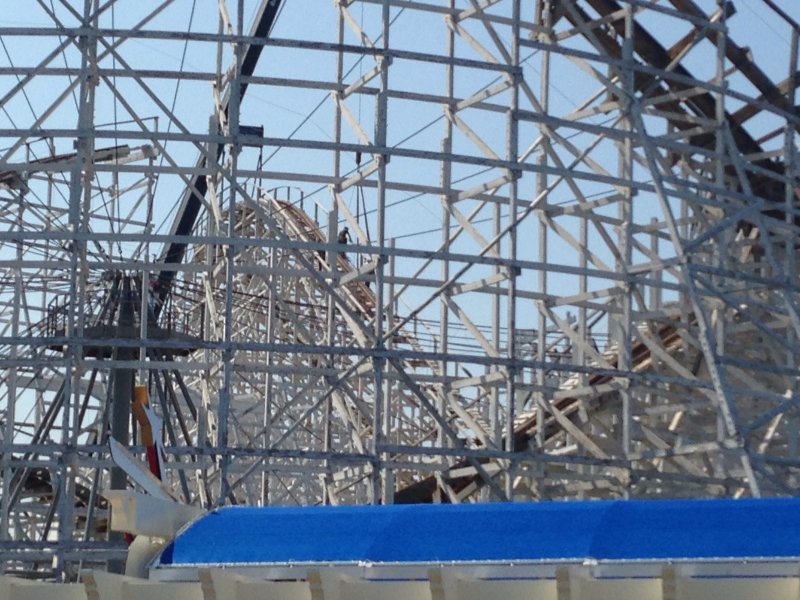 Cameron on Facebook sent these to us today as well. These pictures were taken in the overflow parking lot. This is in the same area where they store the Fright Fest trailers. 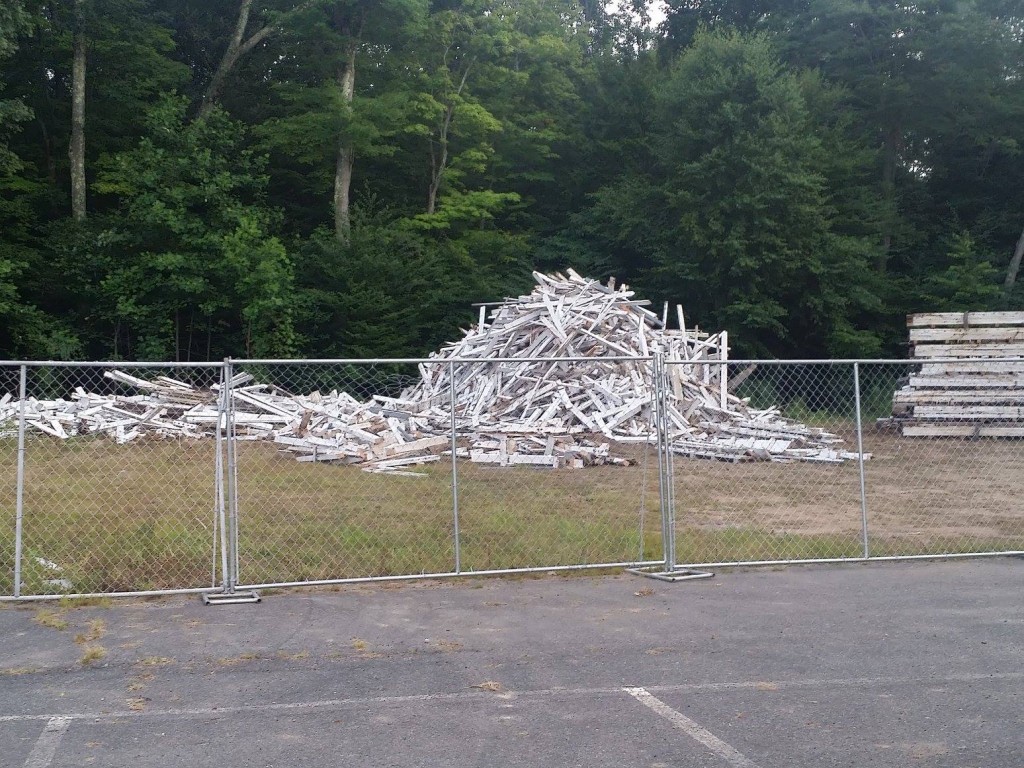 Look at the new wood: 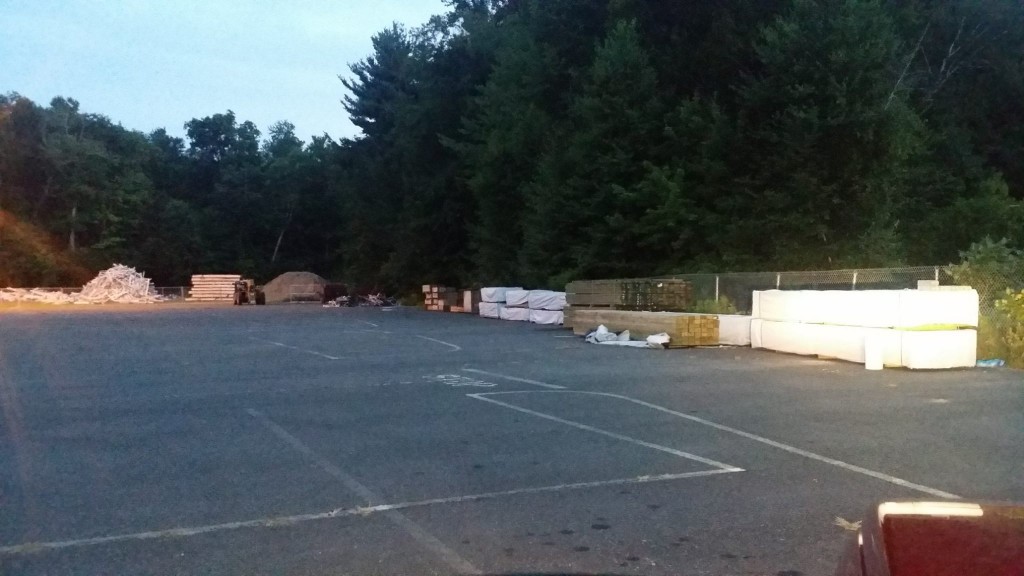 I think everything in this post definitely confirms that Cyclone is getting the Rocky Mountain Construction treatment. At this point, most of the track could probably be removed by mid-September. We cannot wait to see what the layout for the new version of Cyclone will consist of. 2015 is shaping up to be a great year so far!