Cyclone construction update, week #4. Track is now on site and more of the coaster has been taken down.

Today is National Roller Coaster Day. To celebrate, SFNE had a ton of cool special events going on. One of the cool things they did was put the front car of one of Cyclone’s trains out at the entrance for a photo op. 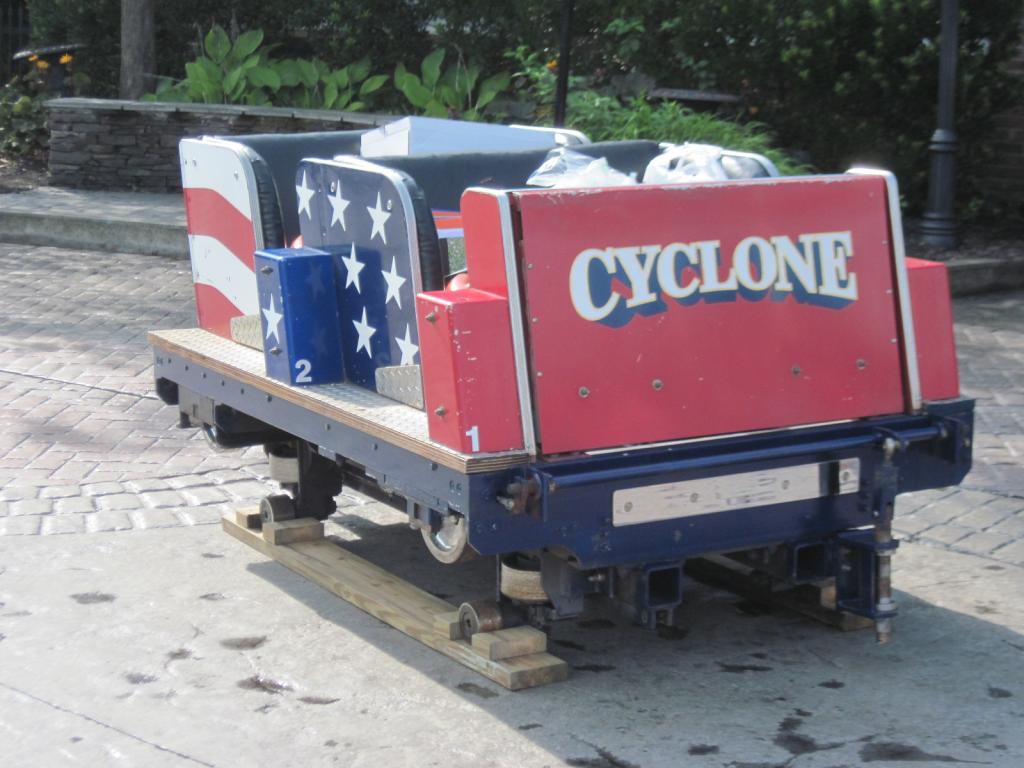 Now here are some pictures of the major changes that occurred to Cyclone since our last update. The lift hill has pretty much disappeared. 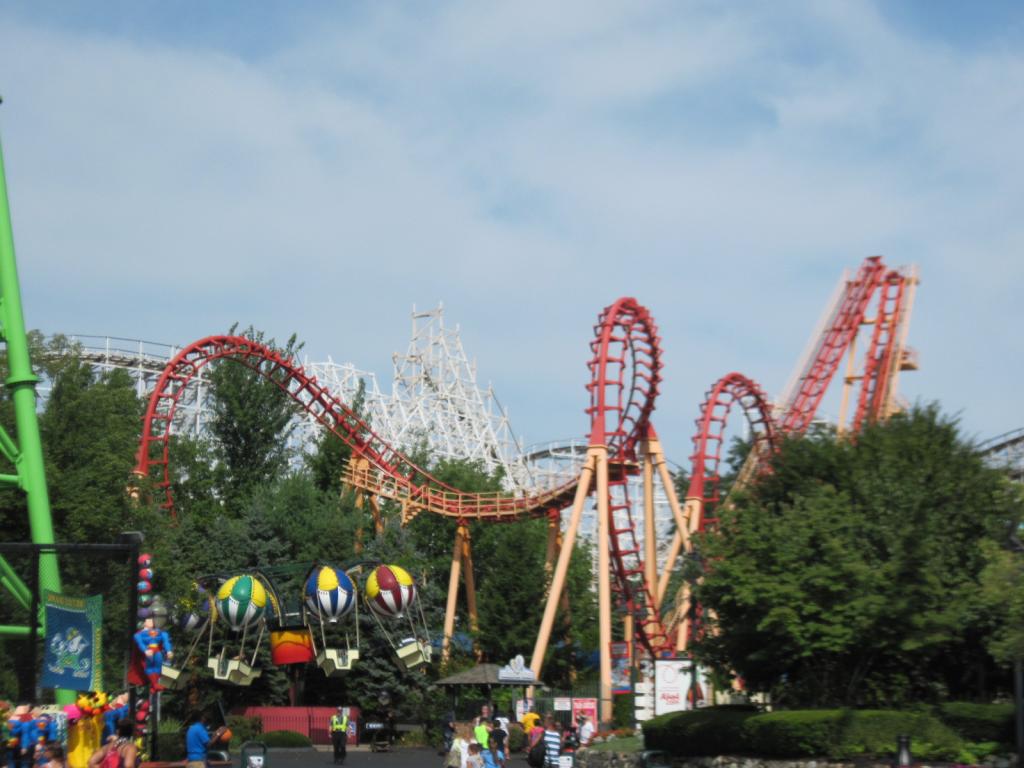 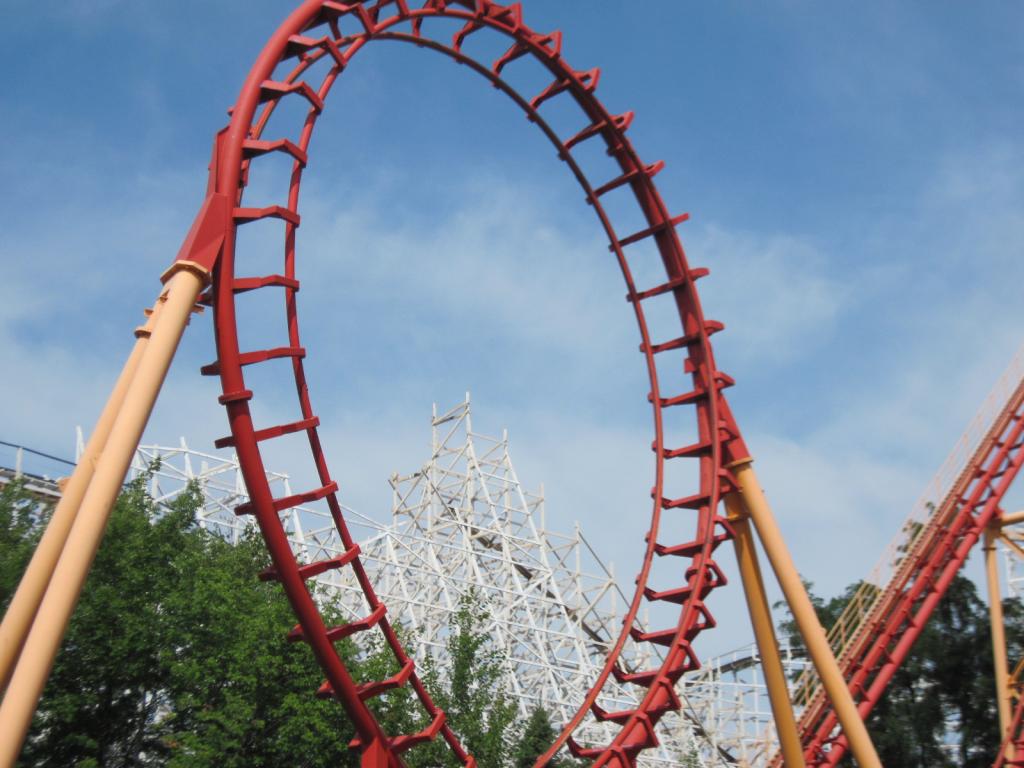 This looks completely bizarre, doesn’t it? 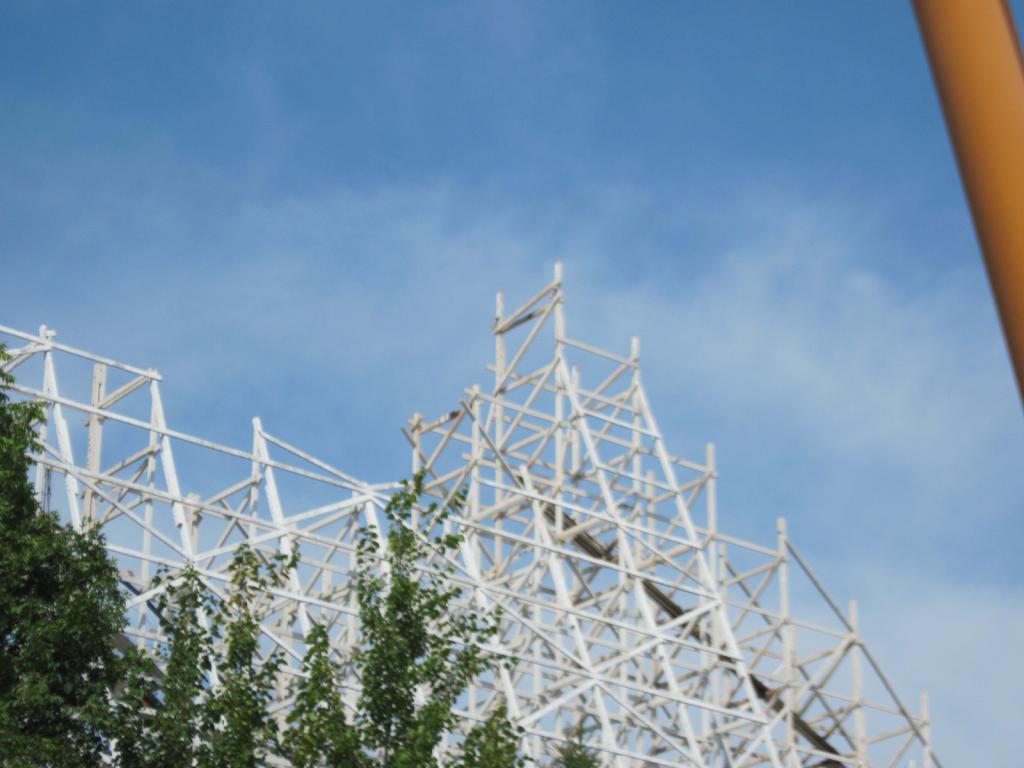 The first drop has also been removed. 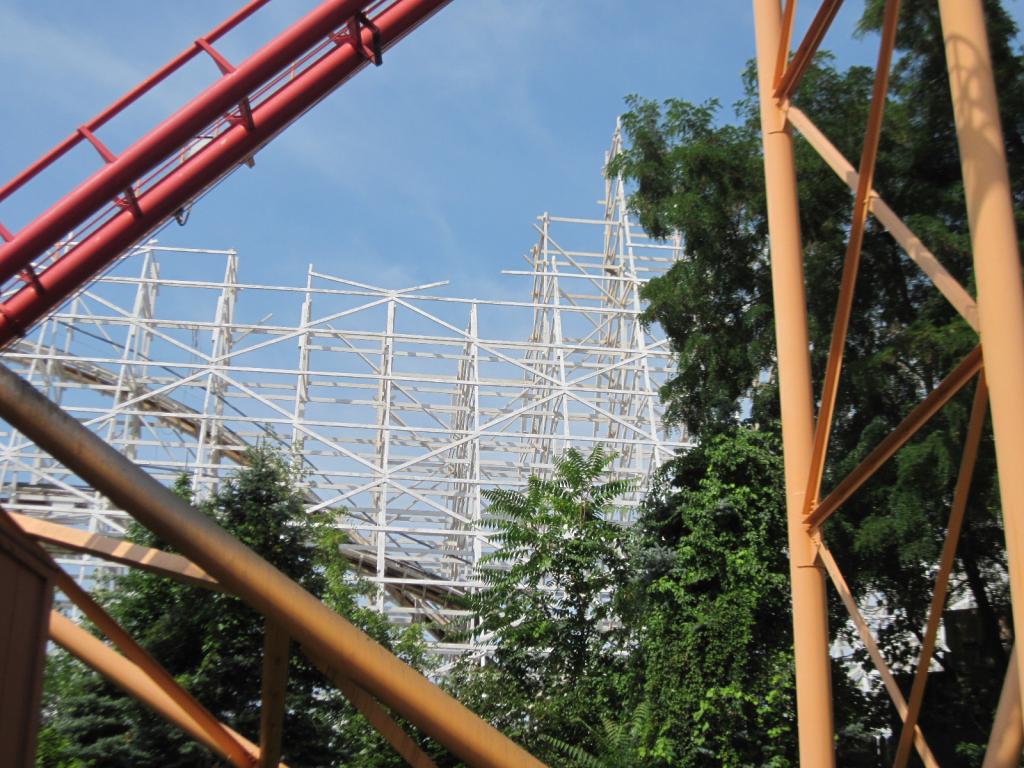 Here is where the track was removed from last week’s update: 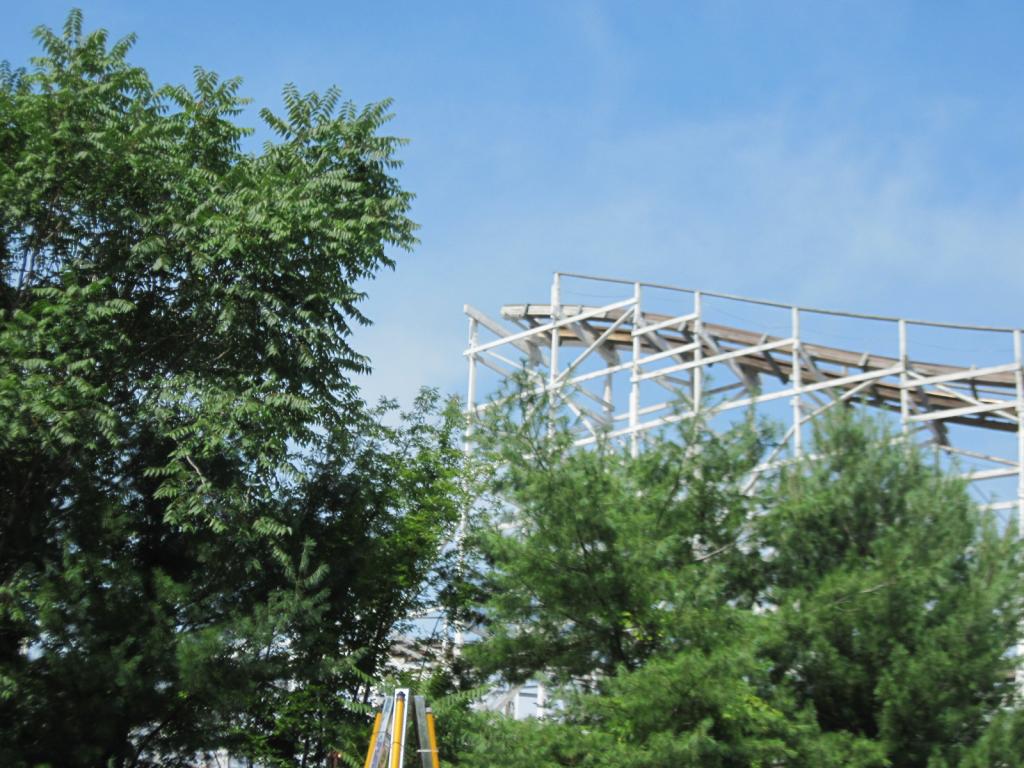 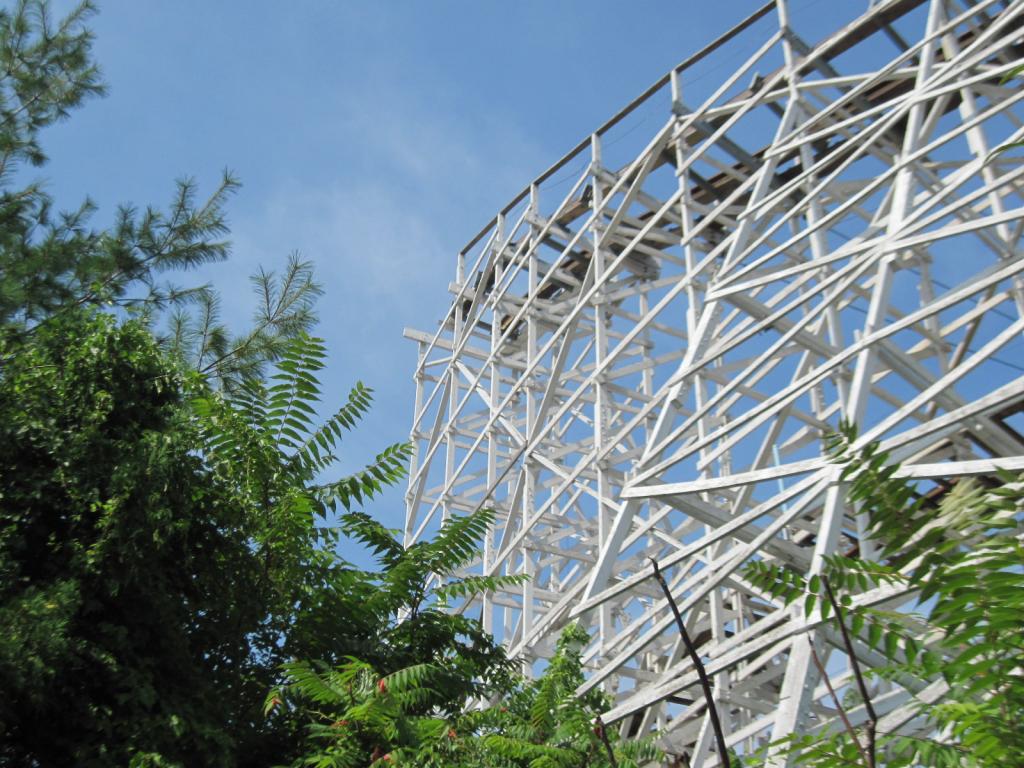 Some sort of groundwork is happening here: 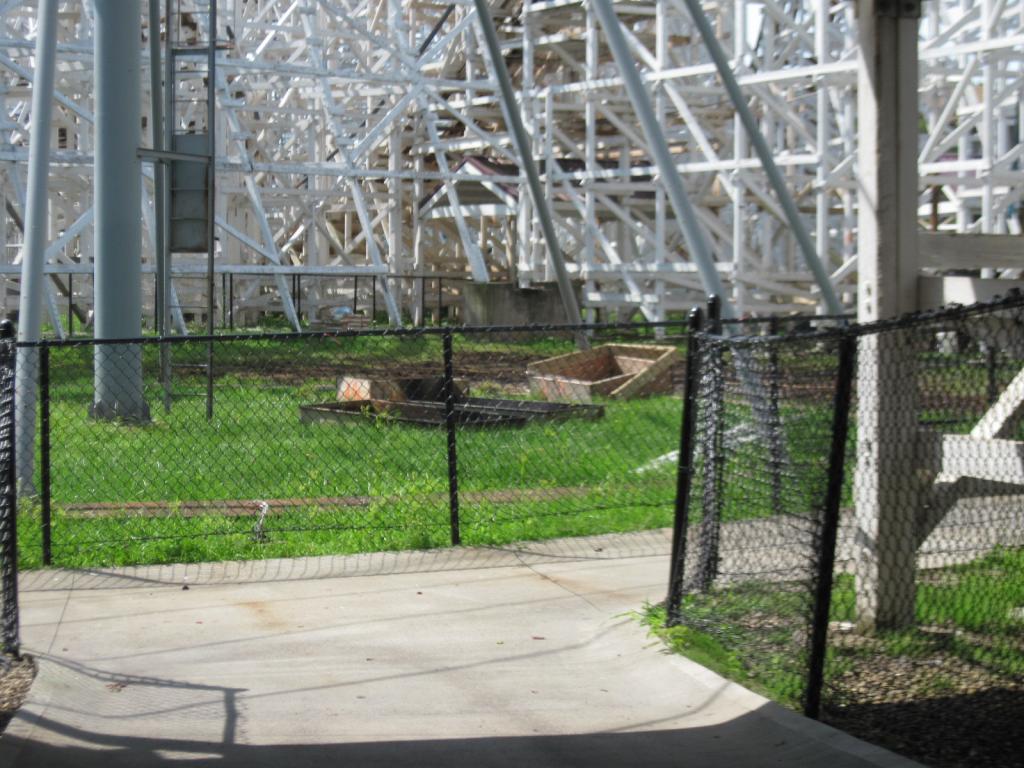 The RMC steel cross beams go all the way to the lift. 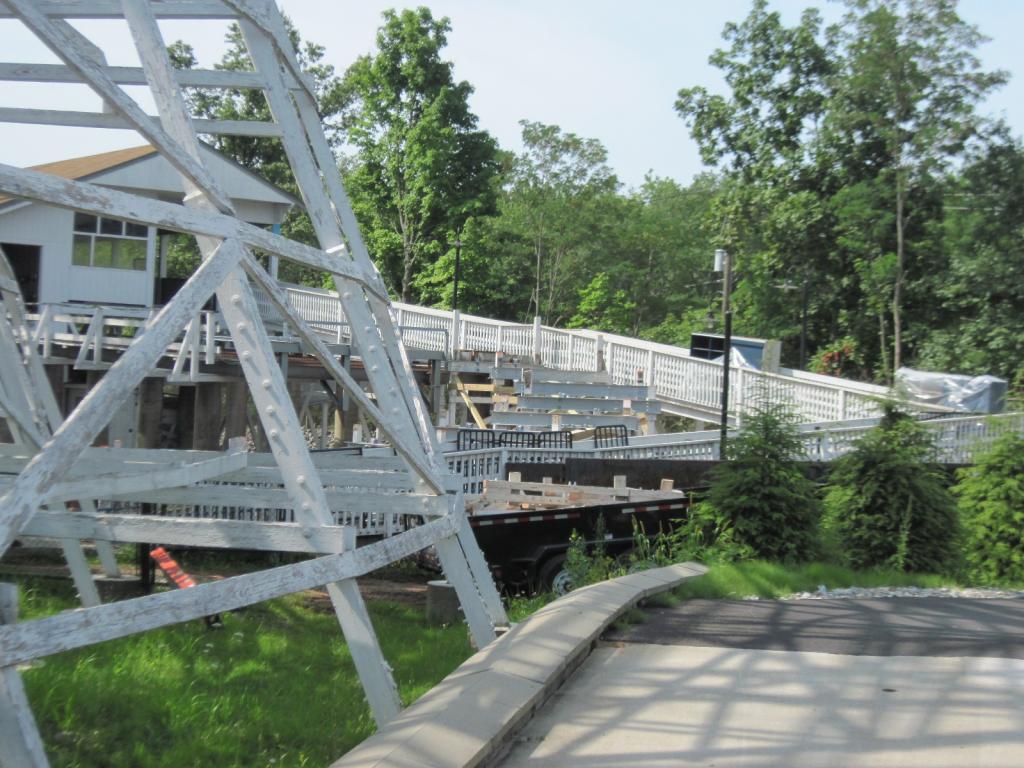 Speaking of the lift… This is all that’s left of it: 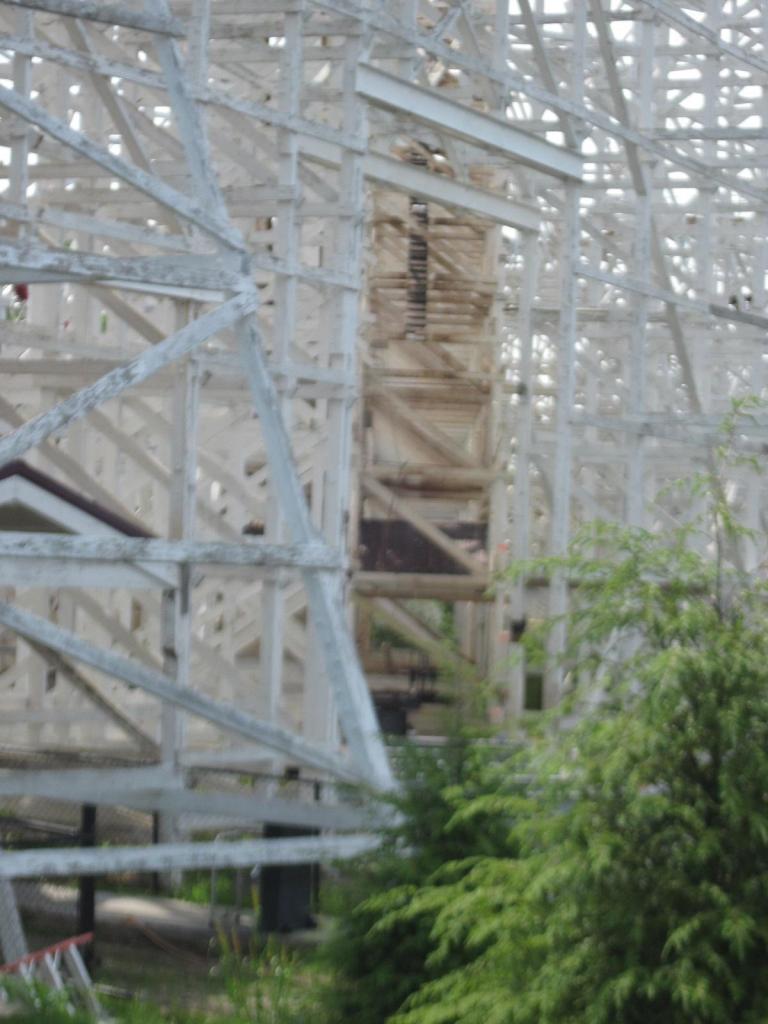 Sorry about the blurriness. This is what the station looks like currently. 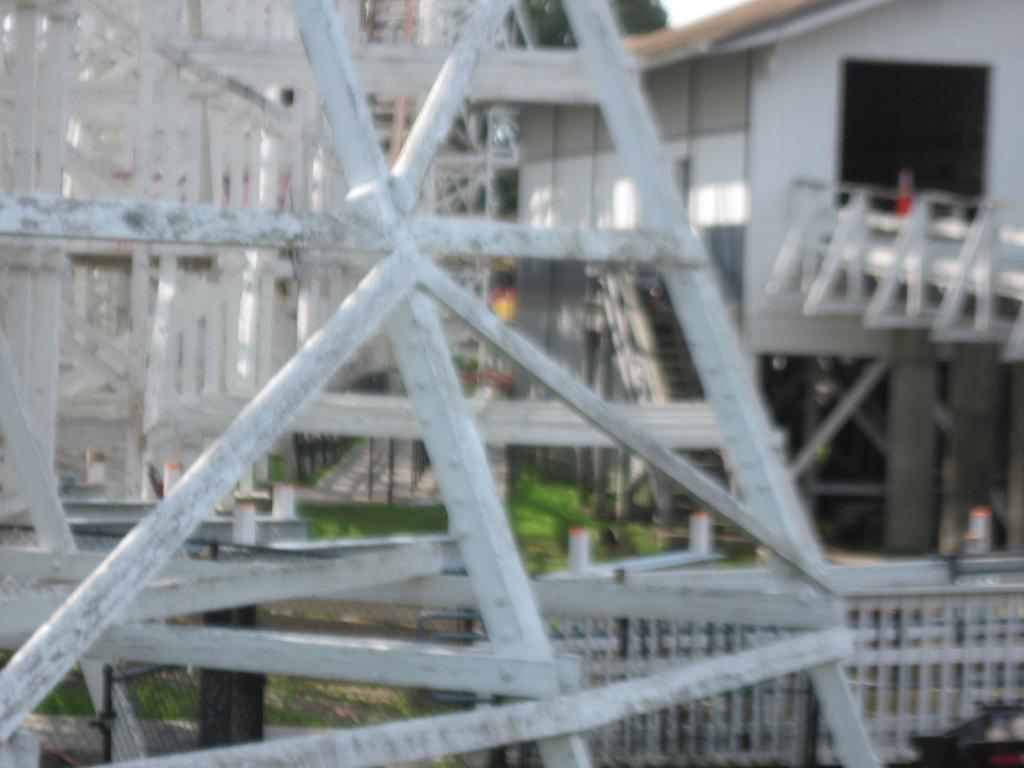 From the outside of the park: 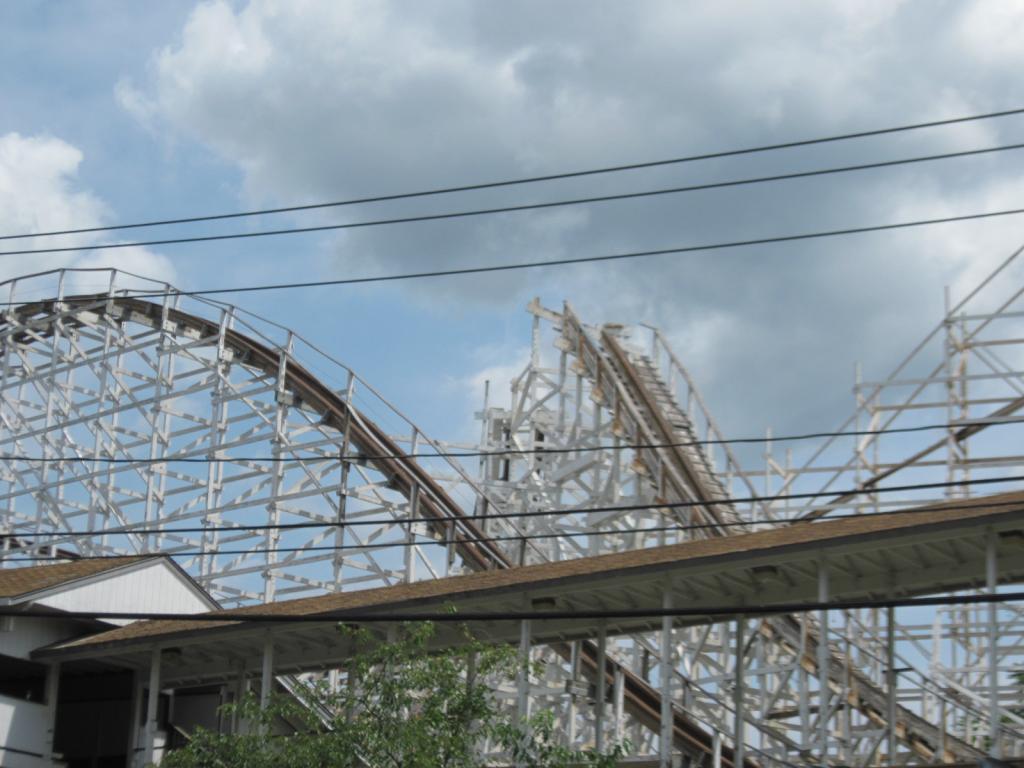 Wait, what’s that in the foreground? 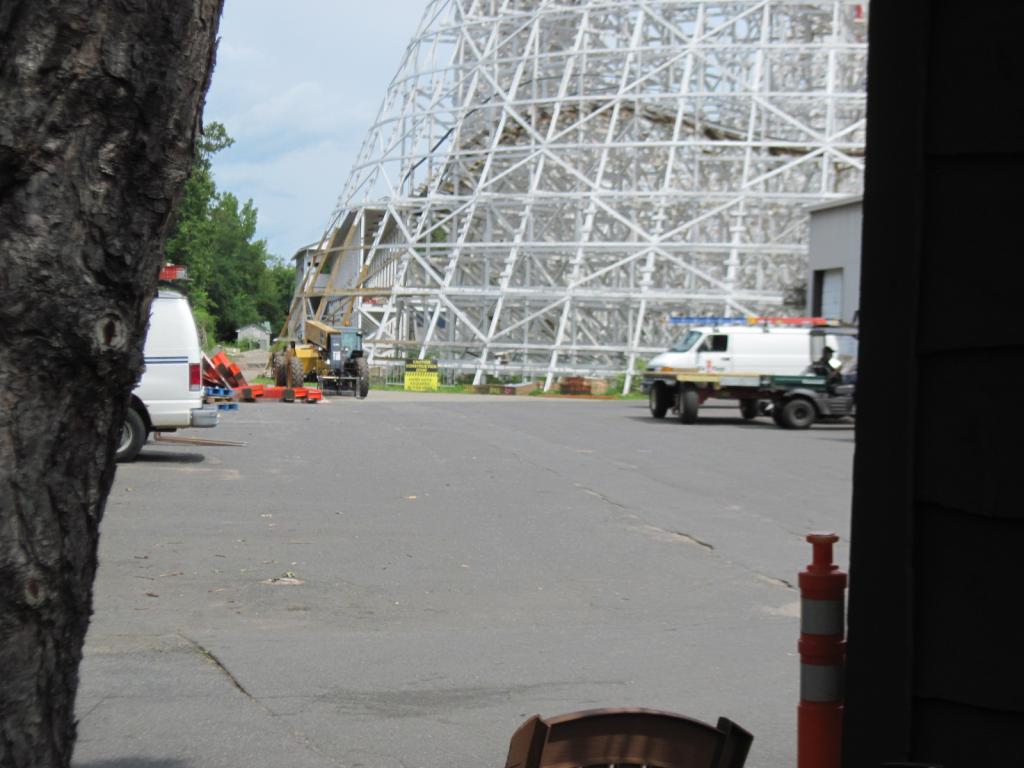 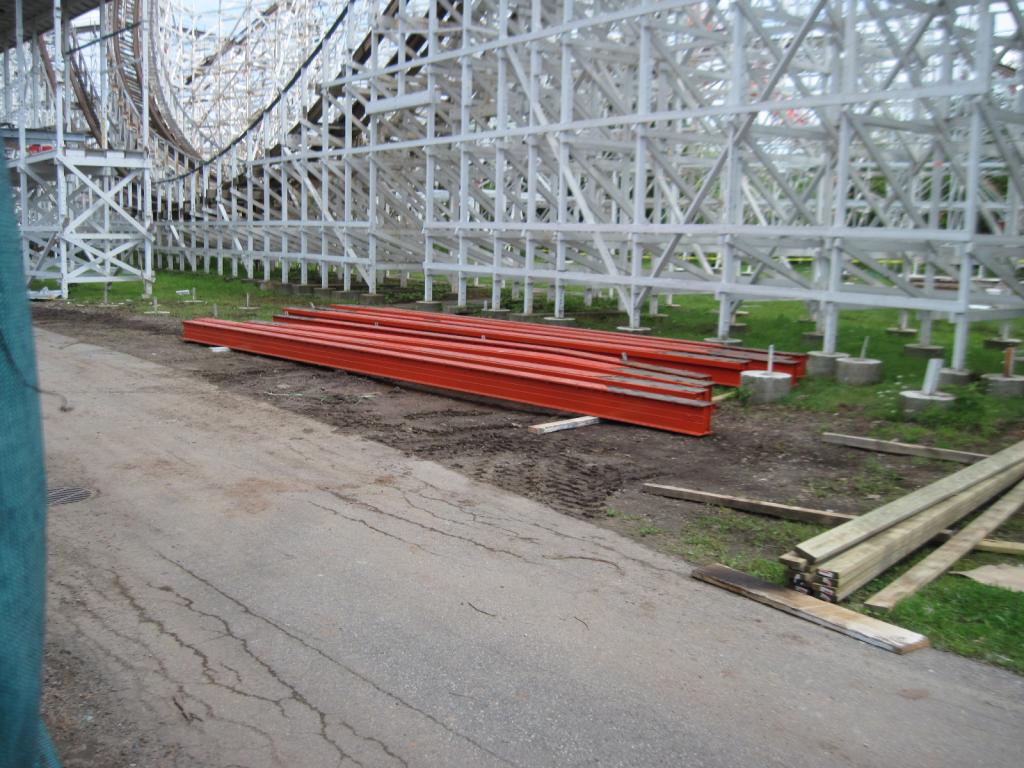 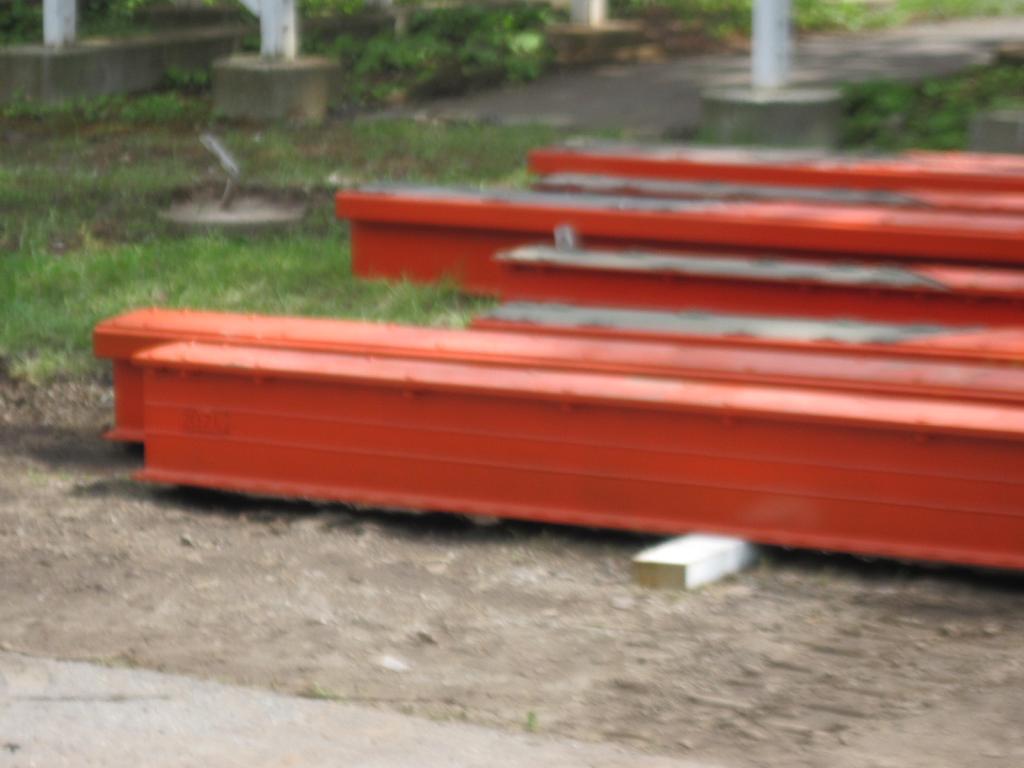 Rocky Mountain Construction’s steel I-Box track is now on site at Six Flags New England. It looks like Cyclone will follow in the footsteps of Iron Rattler, Medusa Steel Coaster, and Goliath with having orange track. I know a lot of people, myself included, were hoping for a nice blue track. Oh well. 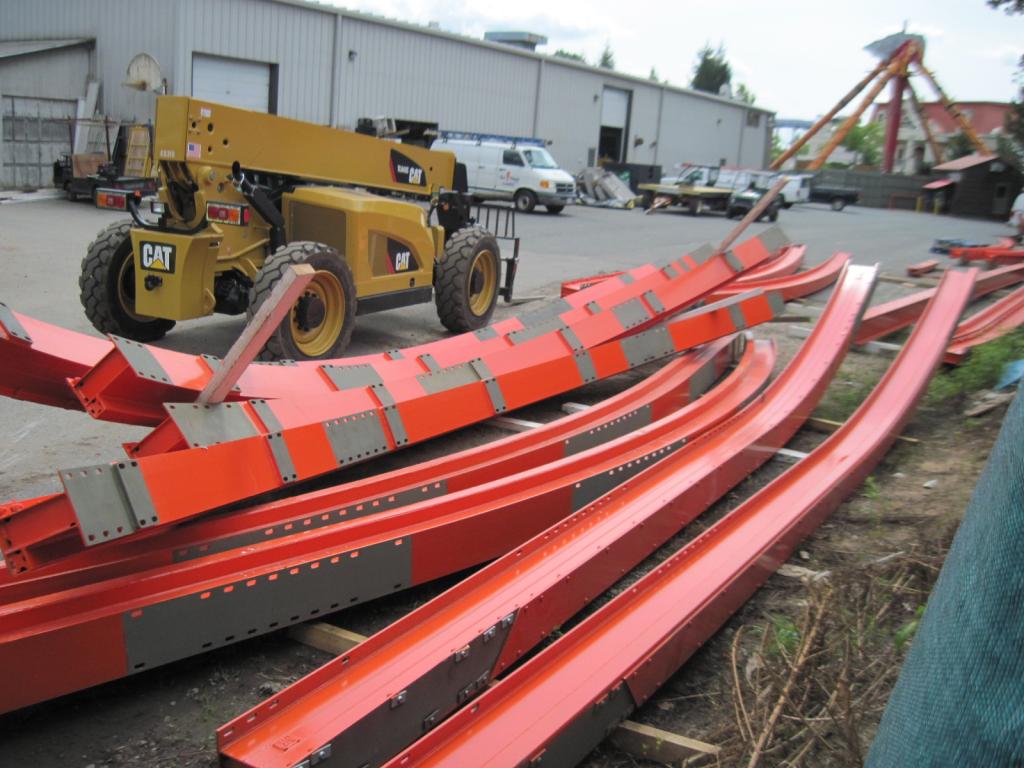 [wp_ad_camp_1]
Here is the most recent teaser the park posted to Twitter: 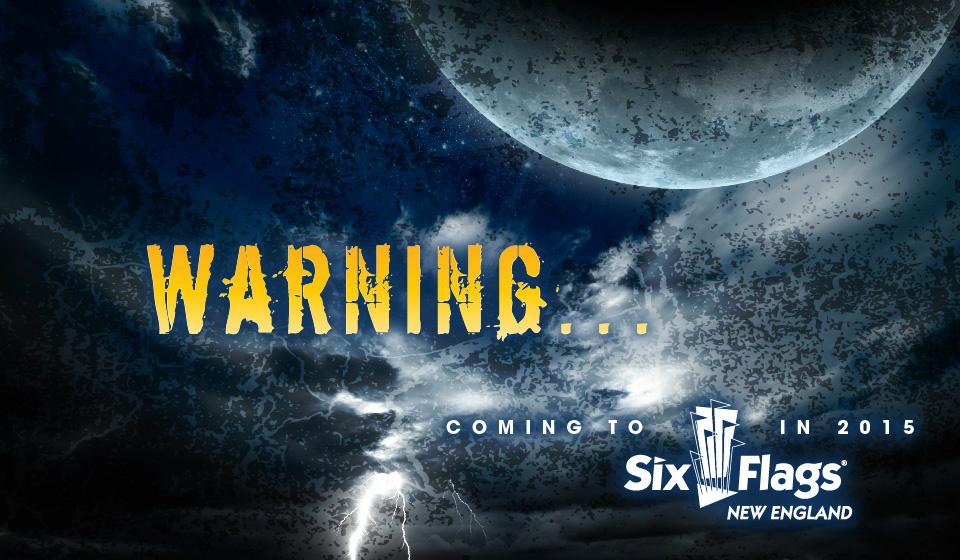 Personally, I’m loving these teasers. They are simple, yet ominous. I don’t know about you but it sort of seems like chronologically this one comes before the one last week. What if they’re releasing the teasers in reverse order, ending with the name of 2015’s new attraction? Or am I so excited that I am overthinking it? We’ll know for sure on August 28.

We’re trying to do these updates weekly. So be sure to look out sometime next weekend for our fifth update!