Looping Dragon is coming to Six Flags Great Adventure in 2015! 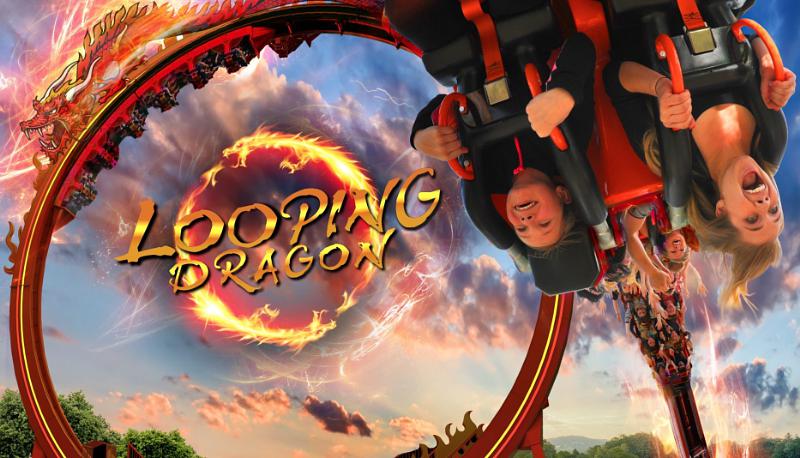 Update: January 14, 2015 – Six Flags Great Adventure has decided to give Looping Dragon another name. Click here to learn about it!

In 2015, Six Flags Great Adventure is adding a much needed family thrill ride; Looping Dragon is a 72ft. looping “roller coaster.” More on that in a bit. First,  check out this artist’s rendering of the new ride: 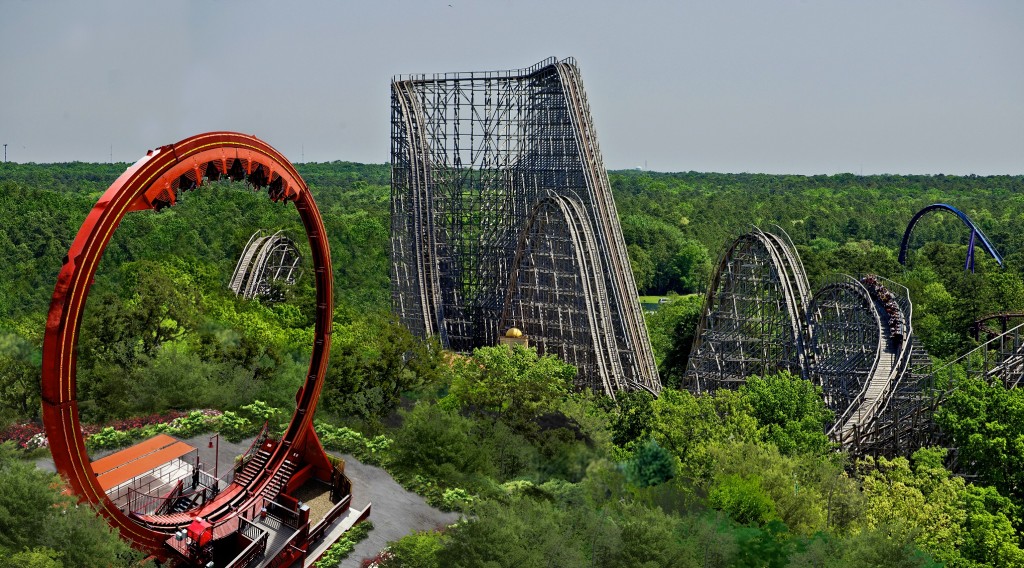 You may be wondering why I keep putting “roller coaster” in quotations… Well first, read the press release and watch the video:

In 2015, Six Flags Great Adventure introduces its thirteenth roller coaster, Looping Dragon. Twenty four riders sitting in “face-off” seats rocket forward and backward pendulum style until the train gains enough momentum to complete a full revolution seven stories in the air. The coaster then kicks into high gear, completing full revolutions until it stops momentarily with riders suspended upside down, and then reverses direction for even more thrills.

Looping Dragon will have a 48-inch height requirement. The ride is expected to debut in the late spring of 2015.

Based off of the renderings and that video, you think this ride looks familiar.  You probably have seen a ride like this at a local carnival or fair. Looping Dragon will be a larger, permanent (meaning not attached to a trailer like the ones at fairs) version of Fireball rides you probably have ridden before. And if you have ridden one before, you will know that they are not a roller coaster.

Other sites have already called out Six Flags for their false advertising, so I’m not going to continue beating that dead horse. I thought it was just something to point out. Even though Looping Dragon isn’t really a roller coaster, it is a much needed addition to Six Flags Great Adventure’s lineup of rides.

The only reservation I have about Looping Dragon is the poor capacity. Only 24 riders will be able to ride this at one time. This is the same capacity that Six Flags New England’s New England SkyScreamer has, and we all know how long that line can get. With a bigger park like Great Adventure, I imagine the line will always be over an hour long. 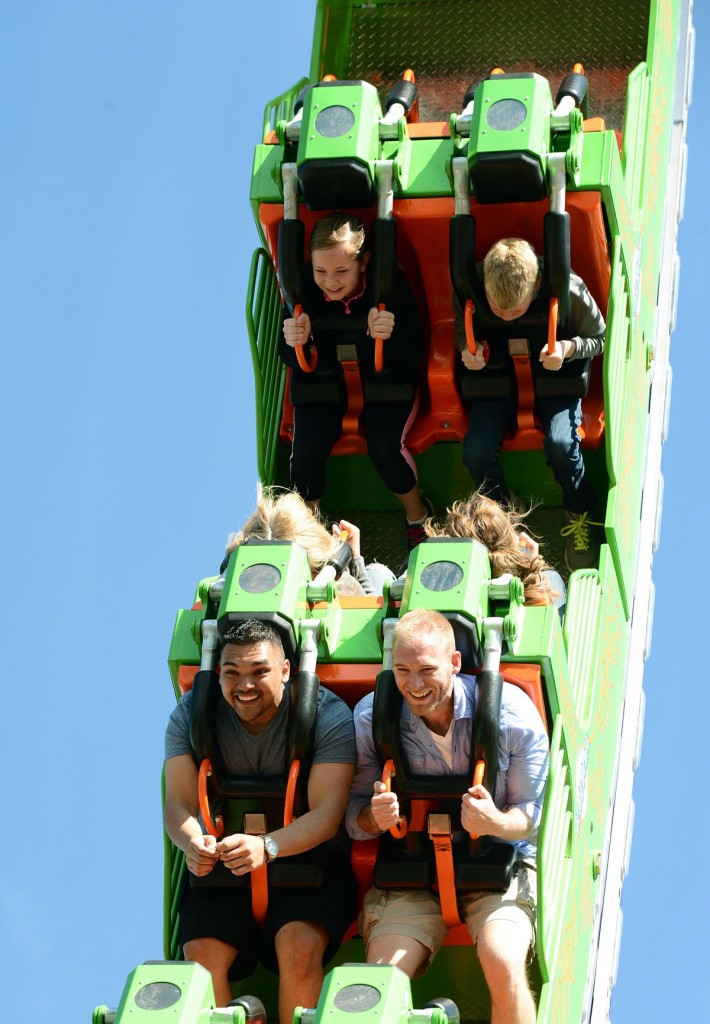 In addition to Looping Dragon, Six Flags Great Adventure announced two new indoor Fright Fest mazes for 2015; Big Top Terror and Condemned. Big Top Terror will be located in the Psycho Circus scare zone and it will be a 3D black light experience. According to the press release, “Guests don 3D glasses and wind their way through dark, disorienting halls, not knowing what is real or simply an illusion.”

Condemned will be in the Movietown section of the park (sounds like it’s taking over the Chiller’s old station). The press release states, “Guests can experience the terror and anxiety of death row in Condemned. Once [the guests] enter the dismal halls of this maximum security prison, they must fight to make it out alive.” Sounds terrifying!

With these last few years, Six Flags Great Adventure seems to be taking a step back from adding roller coasters as they focus more on what needs improving (parking lot still needs to be fixed). I know that a lot of Six Flags Great Adventure fans have been complaining about Looping Dragon, but I honestly think 2016 will bring in something great. The park has been listening to guests’ feedback. Besides flats, the main thing everyone has been asking for is a dark ride. Wouldn’t it make perfect sense if they added a Justice League: Battle of Metropolis ride into the old simulator building for 2016?

That’s it for this post. What do you think about Looping Dragon? Also, what are you hoping for in 2016?