Since we did not do an update last week, Wicked Cyclone construction update #9 is going to be larger than normal.

This weekend we were invited to the media day event for Fright Fest. We were also invited to try out New England SkyScreamer running in reverse. Click here to see a video of that. Here is our review of Fright Fest. But for now, enjoy this Wicked Cyclone construction update. 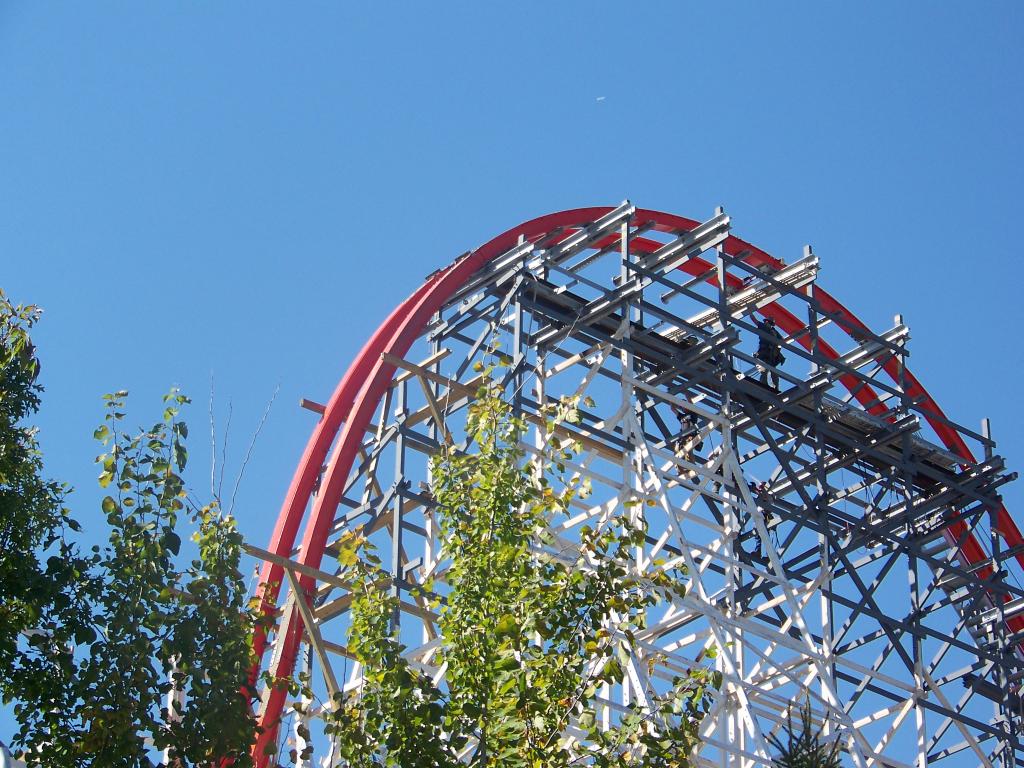 I know you’re probably getting sick of reading this every week, but a ton of progress was made since our last update. In fact, we were told that Phase 1 of construction has just been completed! The following pictures were taken yesterday, September 27. In many of these pictures you will notice the RMC crew working diligently. 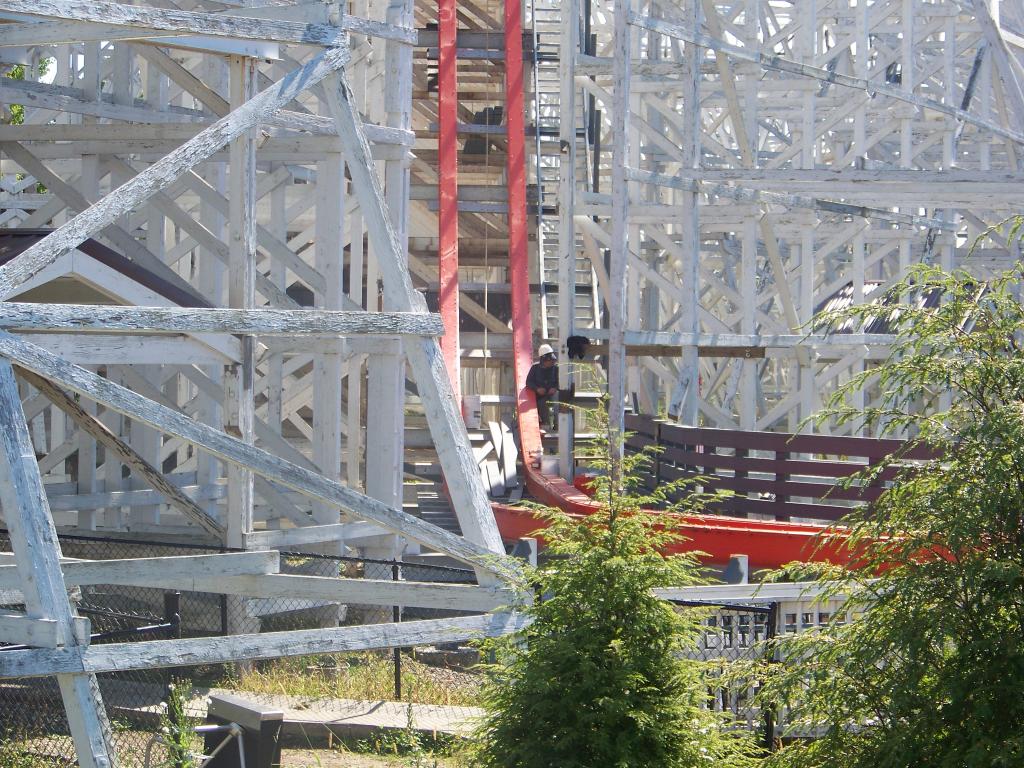 As seen above and below, more work is being done on the 109 ft. tall lift hill. You can see four people working in these next couple of pictures: 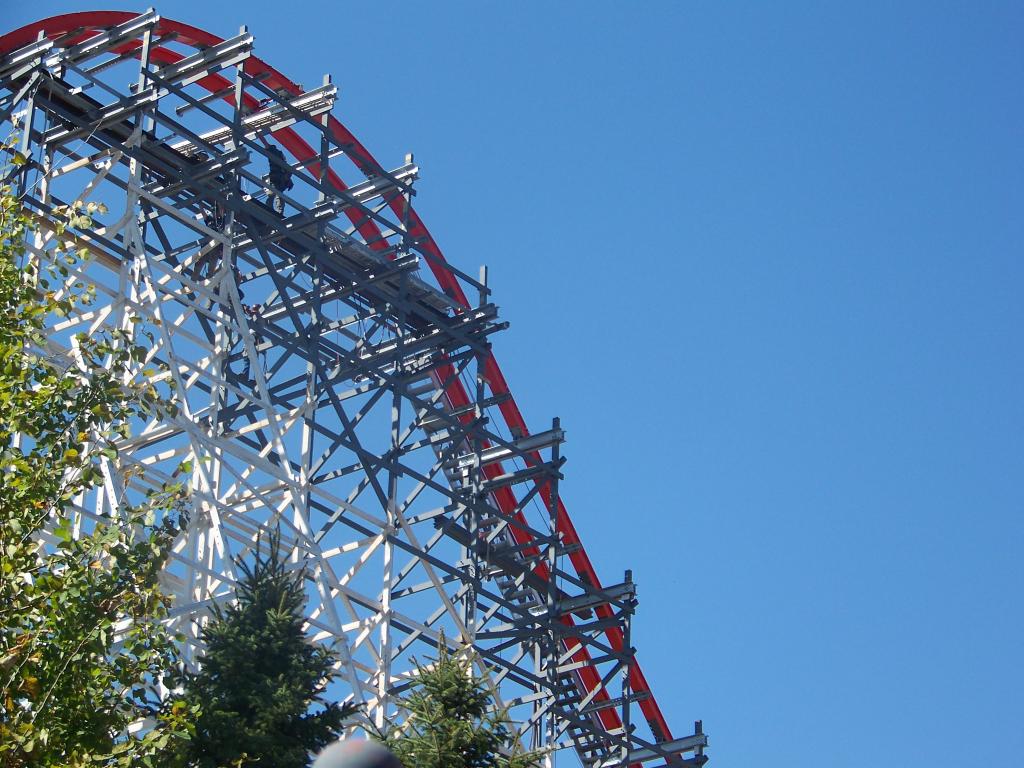 A lot of the work was focused on the lift motor platform. 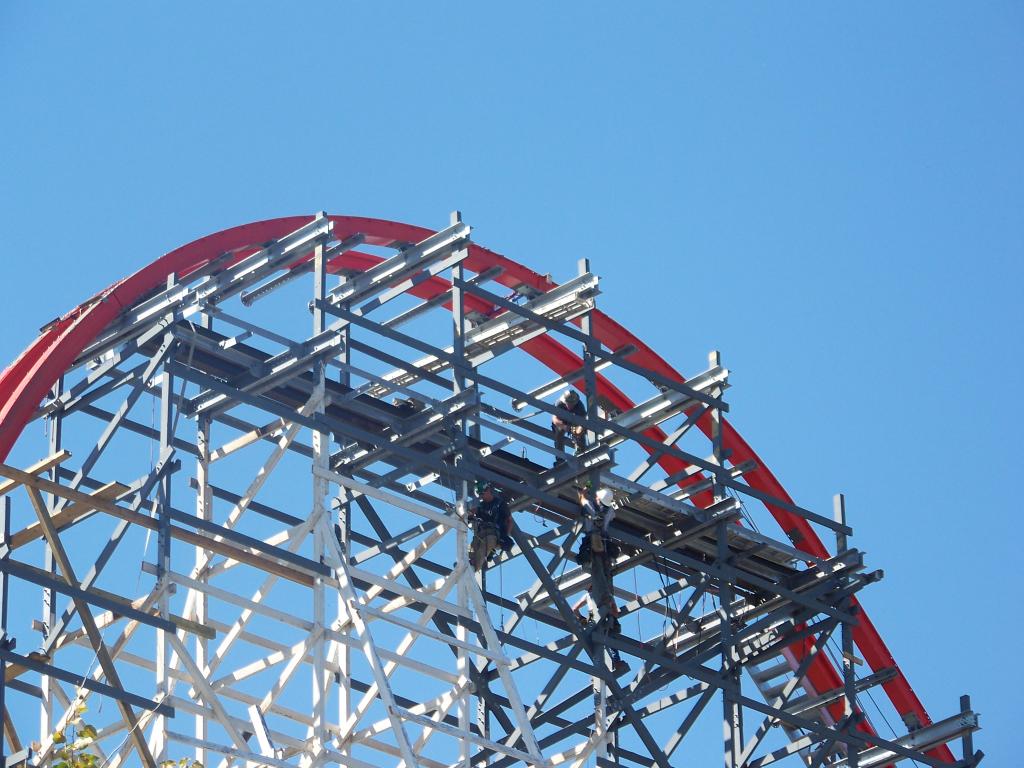 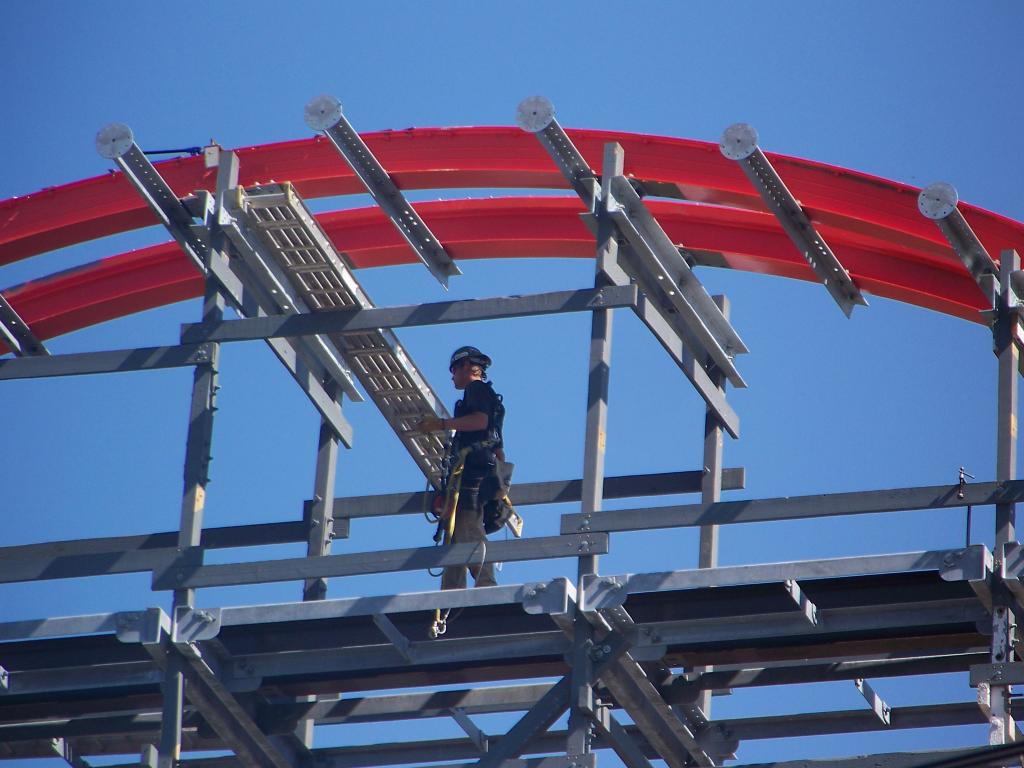 Overview of the 78-degree first drop. You can also start to see some of the changes made from the last update. The first thing to note is more of the old lift hill structure was cut away. 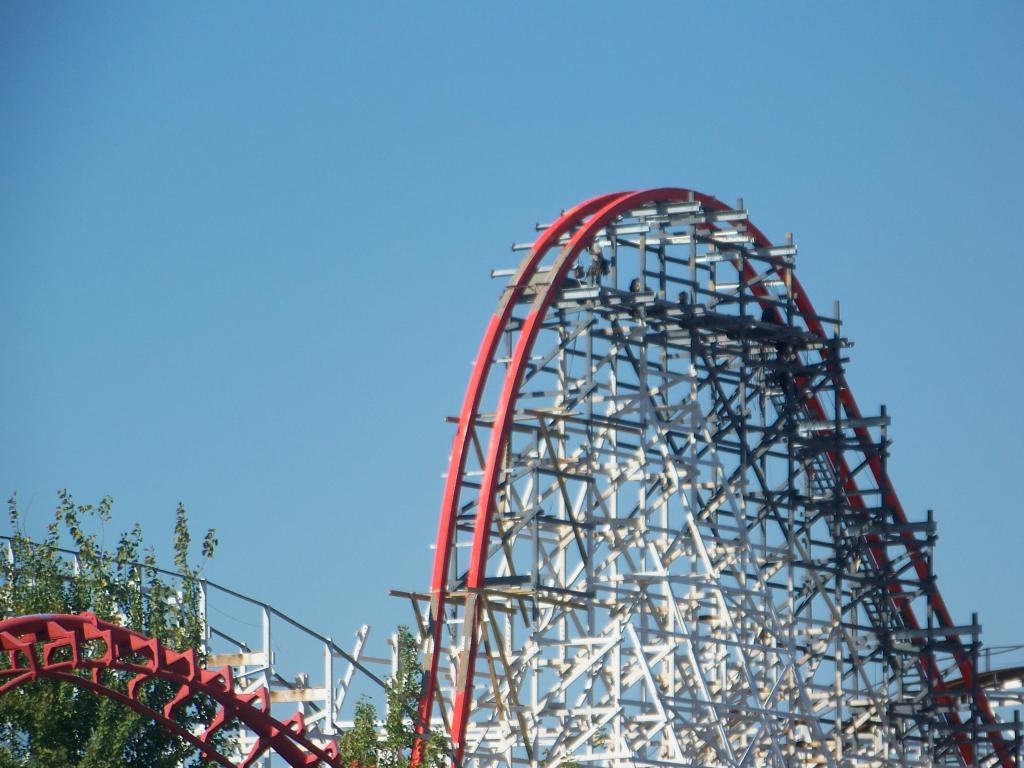 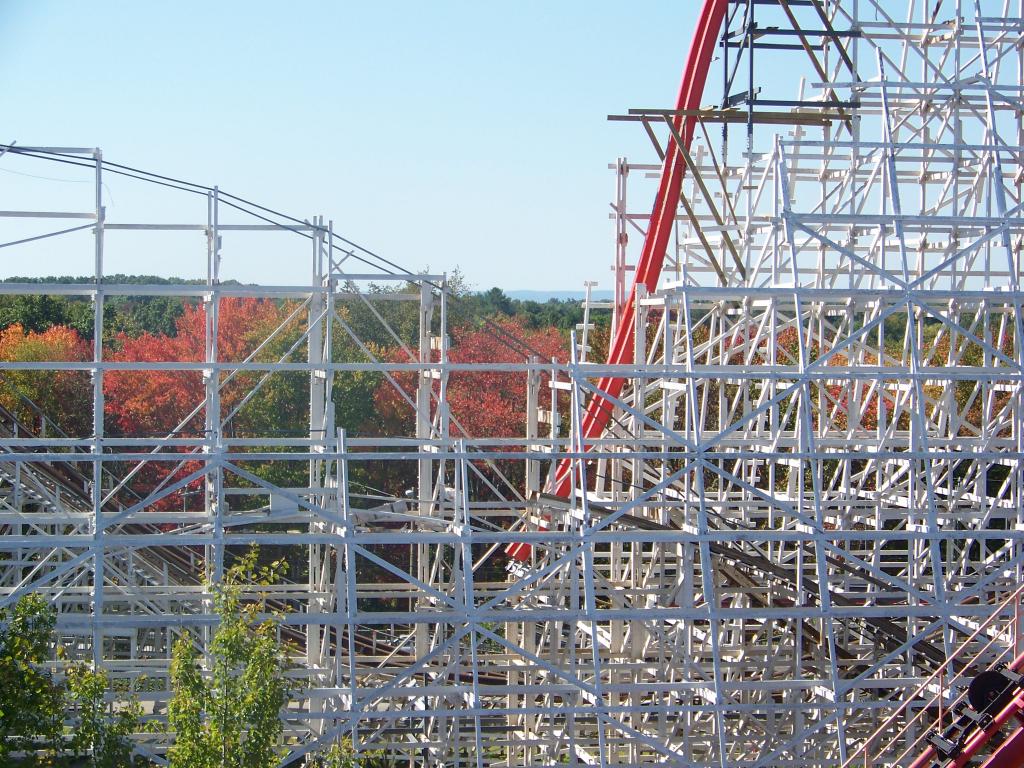 And from this angle, you can see that most of the track from the turnaround closest to the maintenance building has been removed: 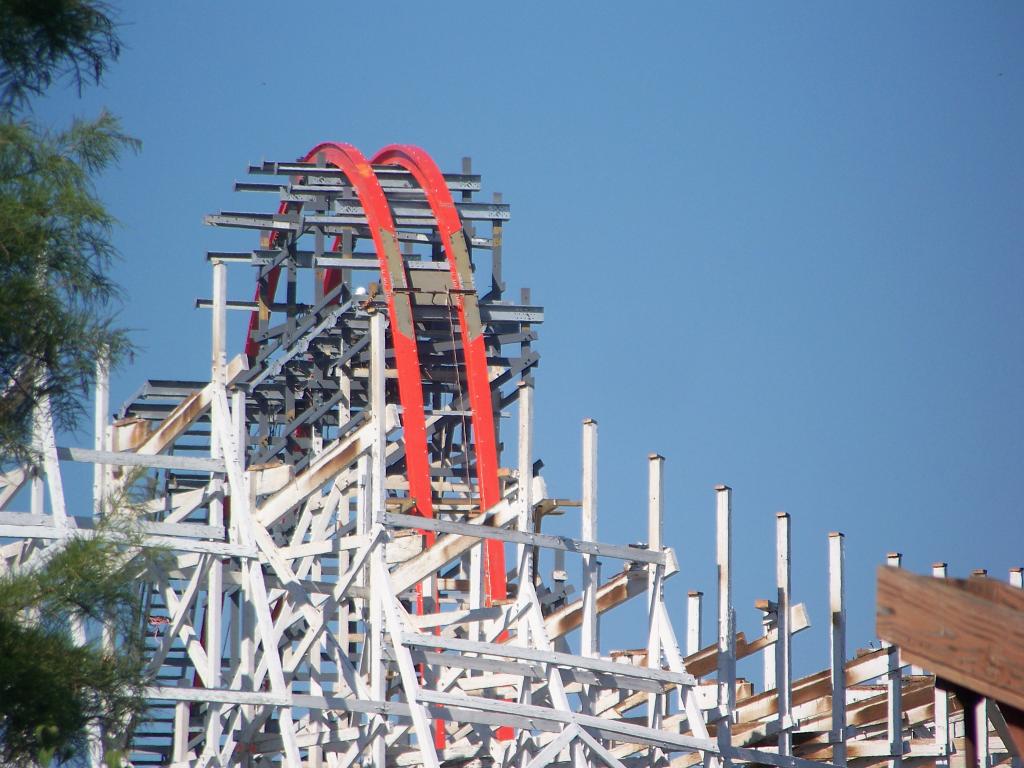 This section of the coaster is going to look very different next year. The first of several over banked turns will be going right here: 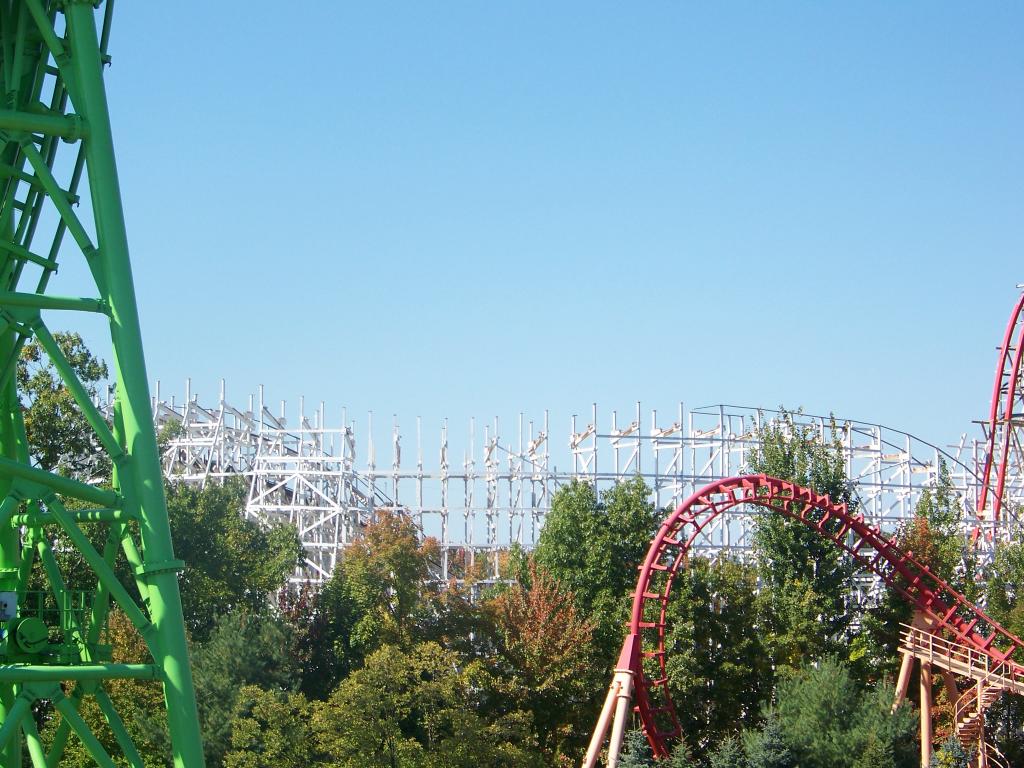 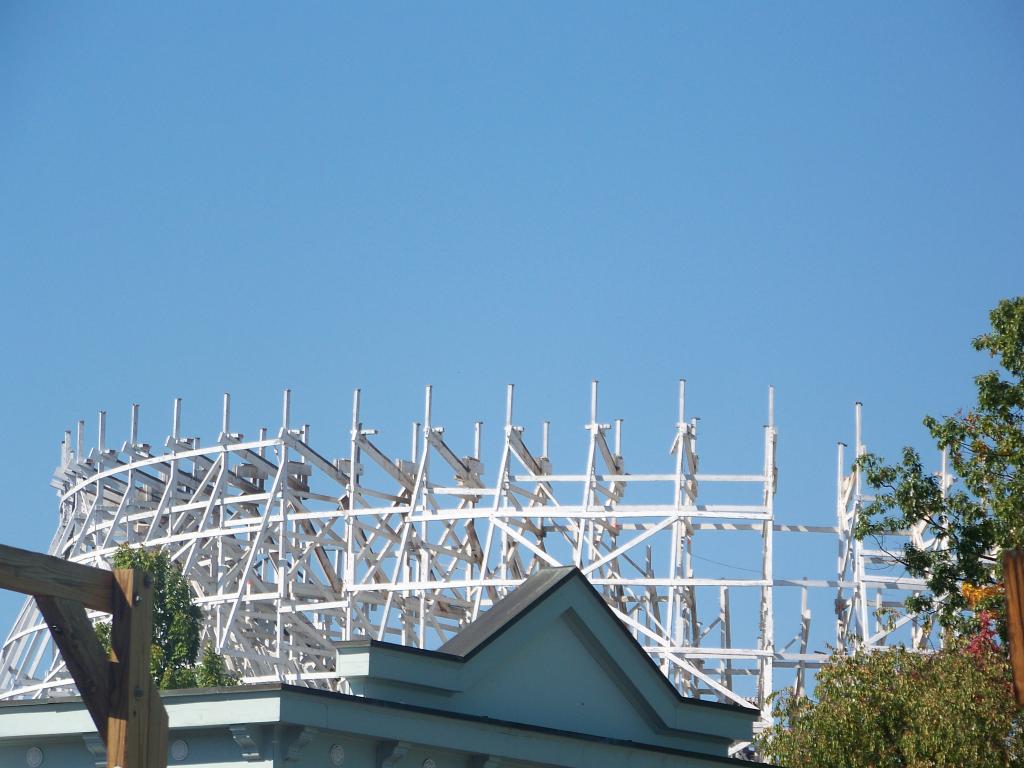 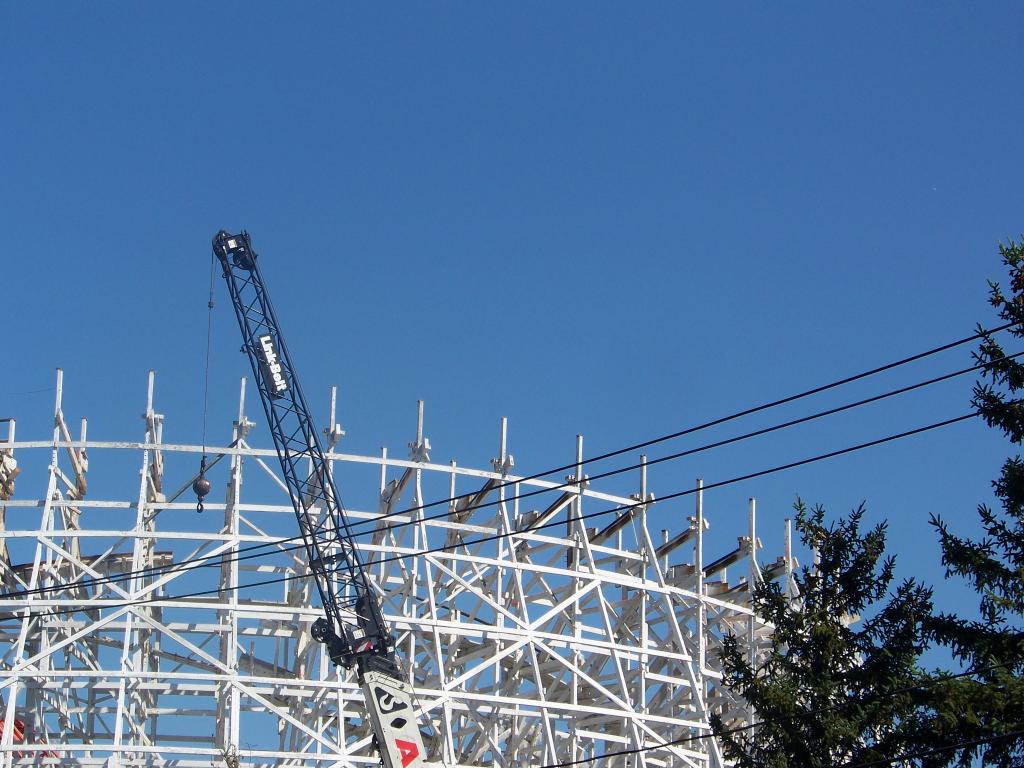 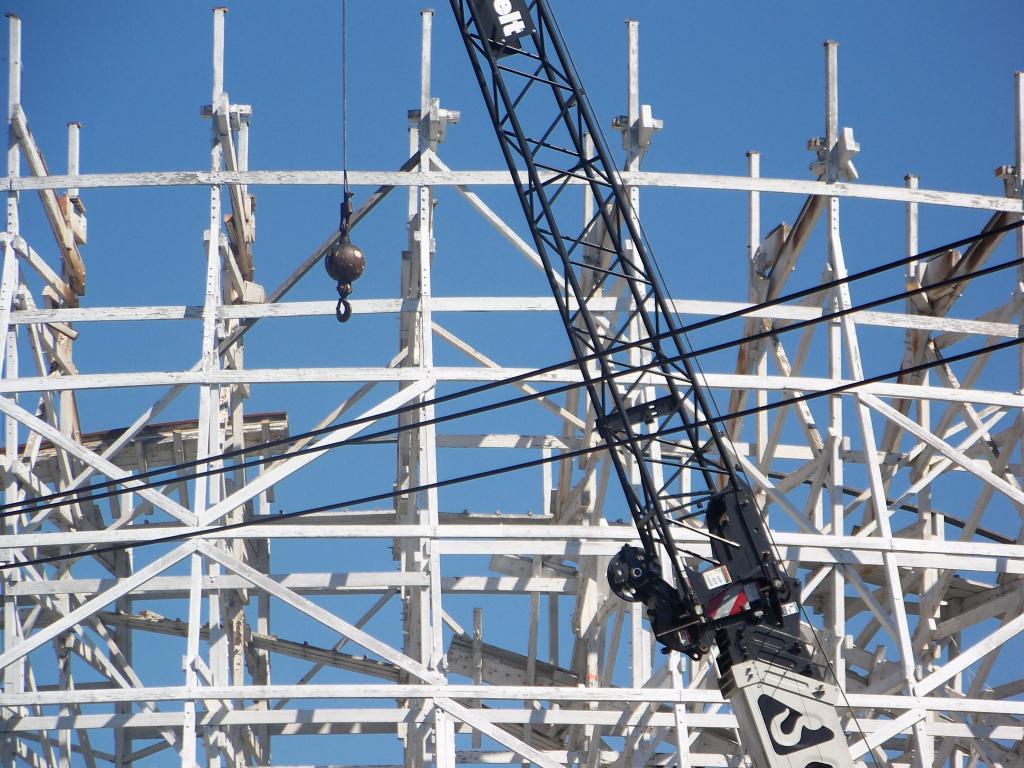 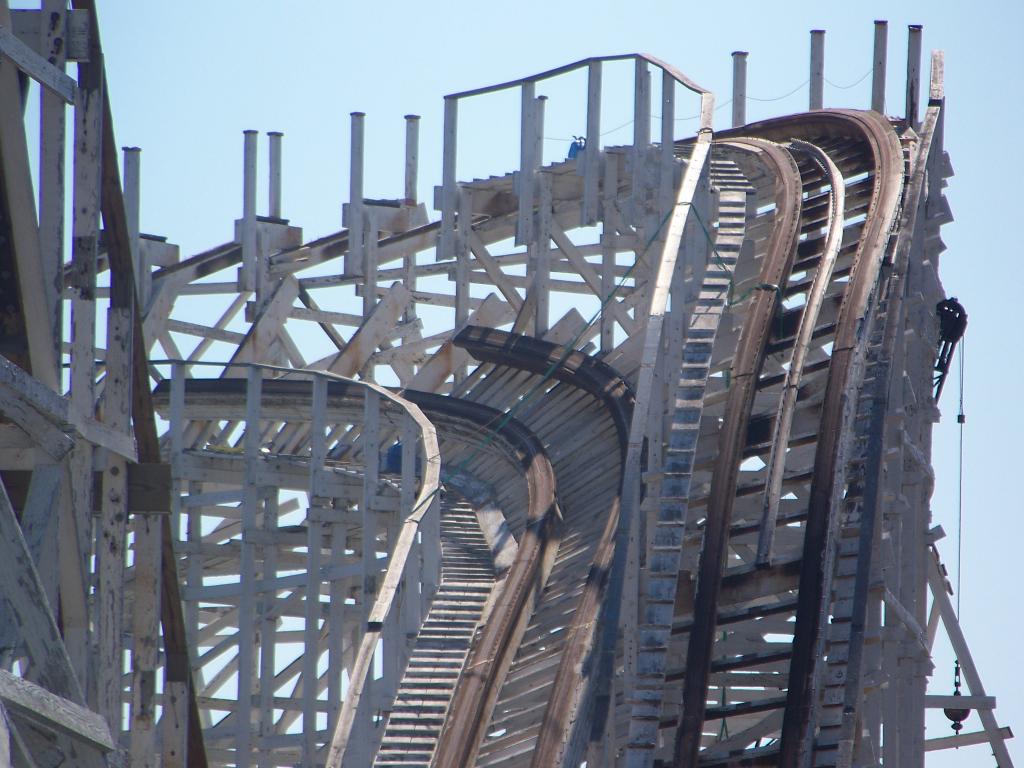 This gives you a really good sense for how much track is left. For obvious reasons, the side of Cyclone that is closest to New England SkyScreamer will be left untouched until the end of the season 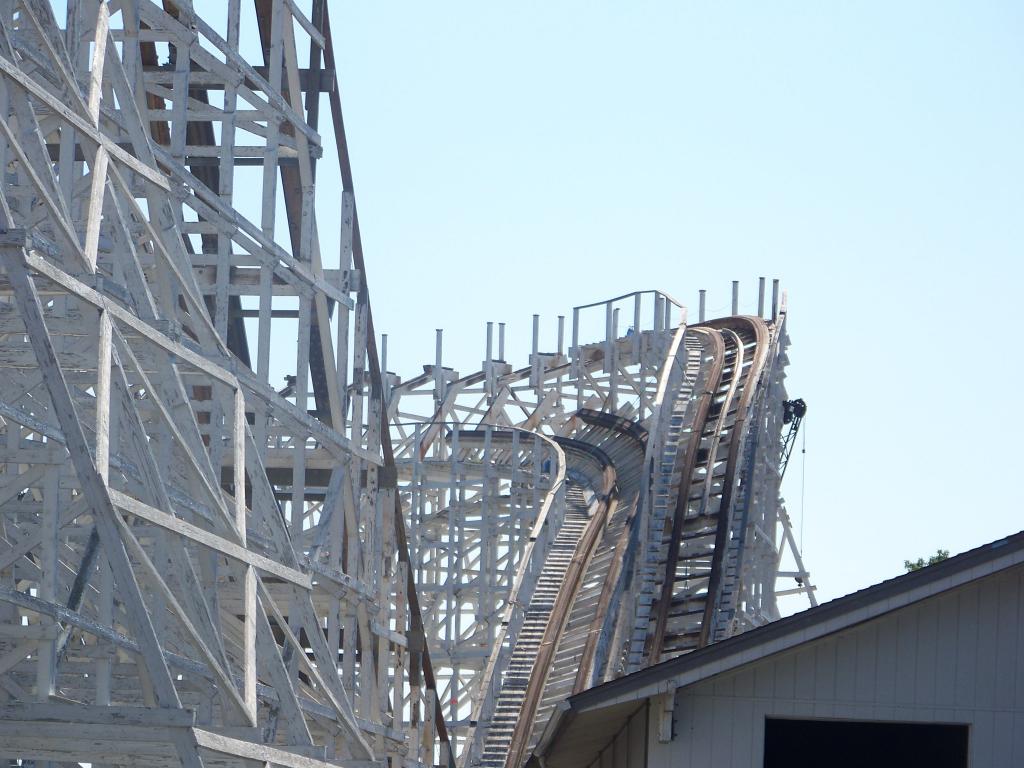 Now heading outside of the park… 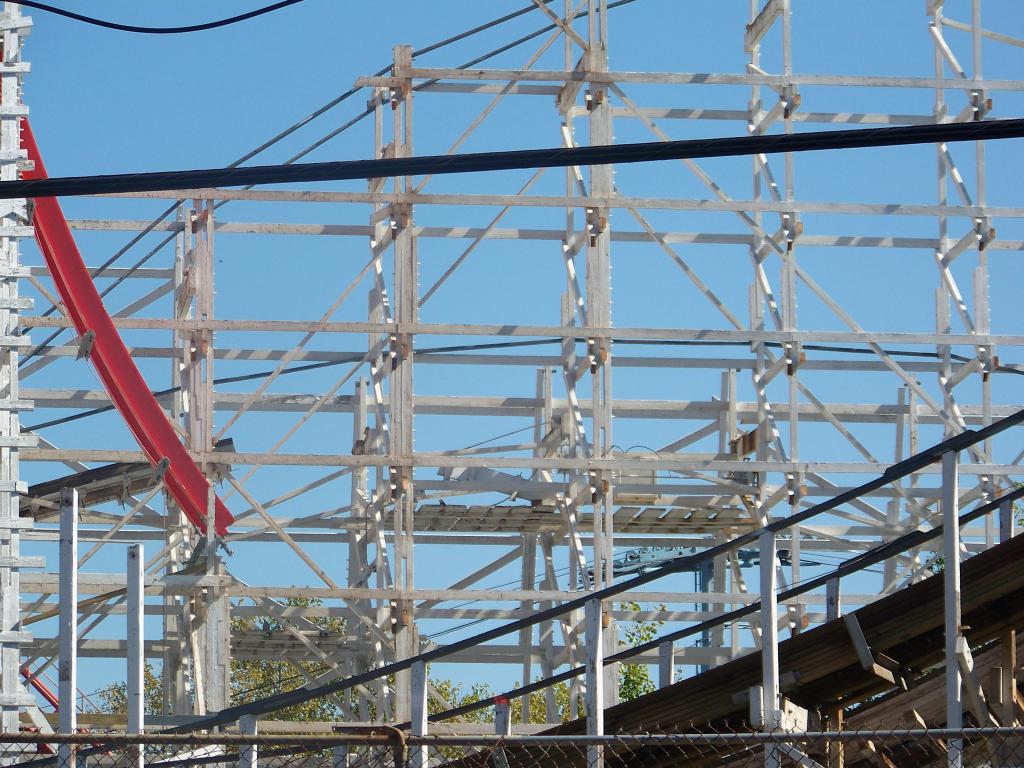 This is probably hard to make sense of, but this is the final turnaround into the station. Like I said, all of the track on this entire turnaround nearest the maintenance building has been removed. 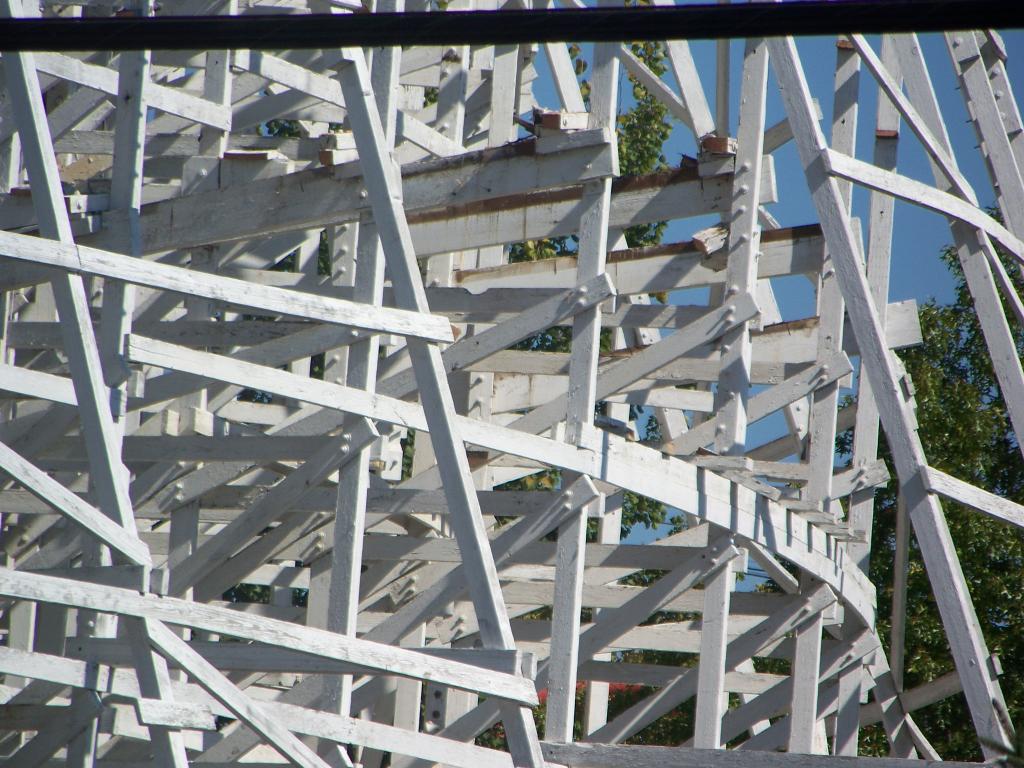 Again, this is from that final turn into the station. Notice the orange spots? That’s where they will be cutting the supports. 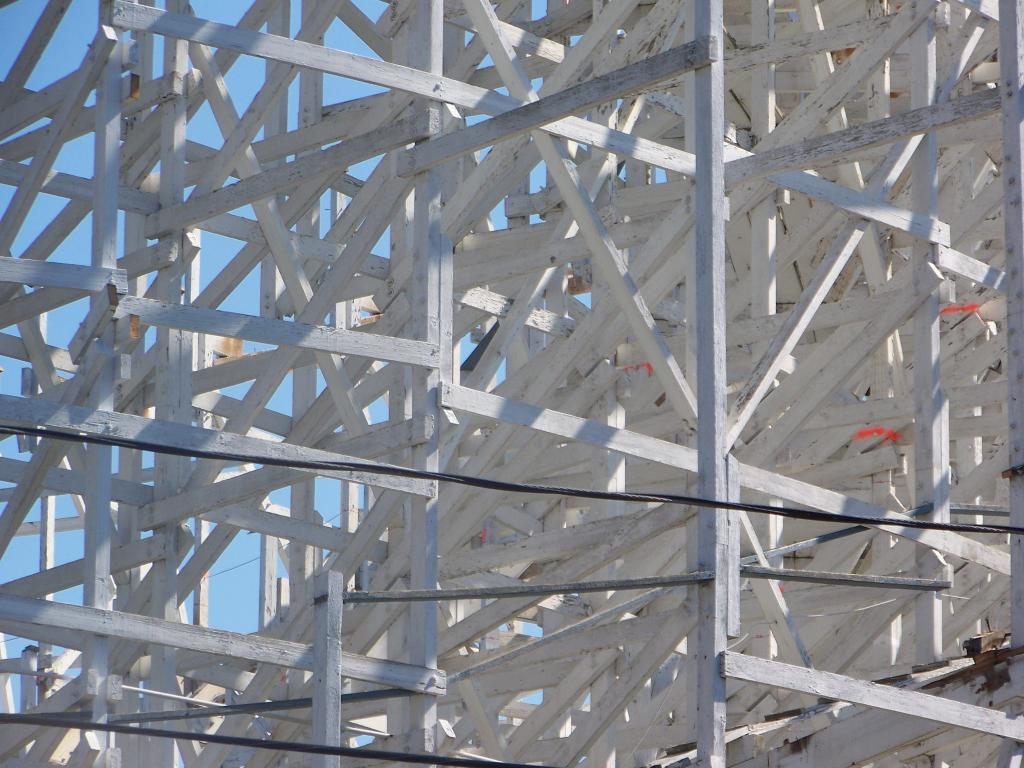 The next pieces of track to be removed are up here. 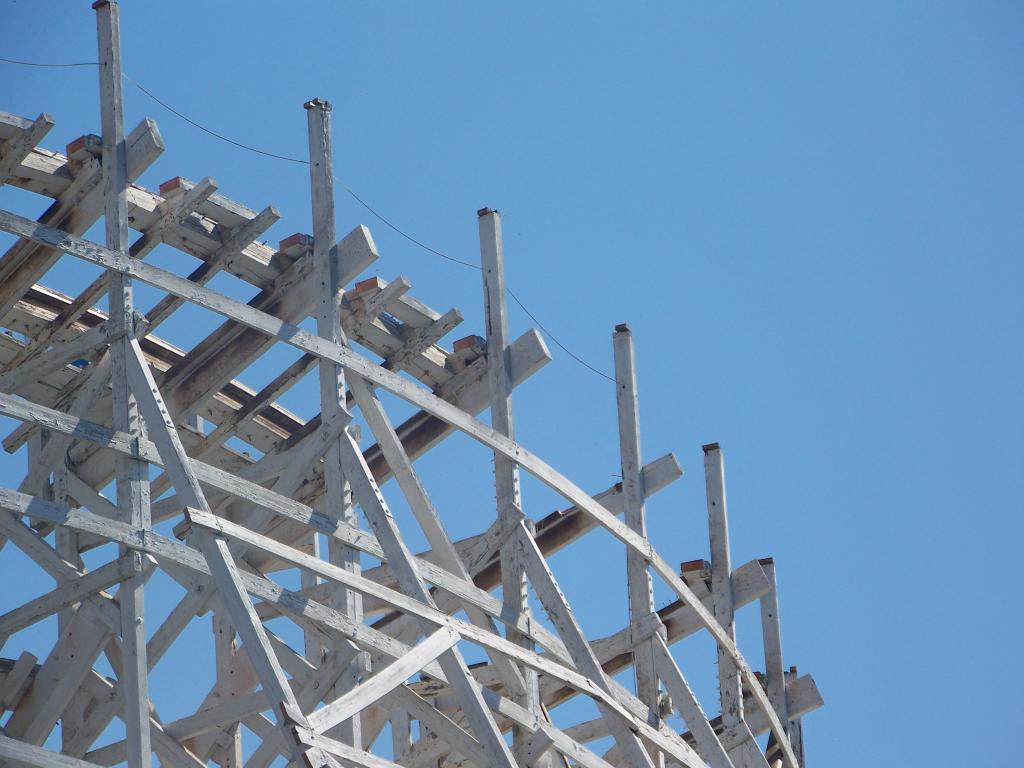 Closeup on the beginning of the brake run: 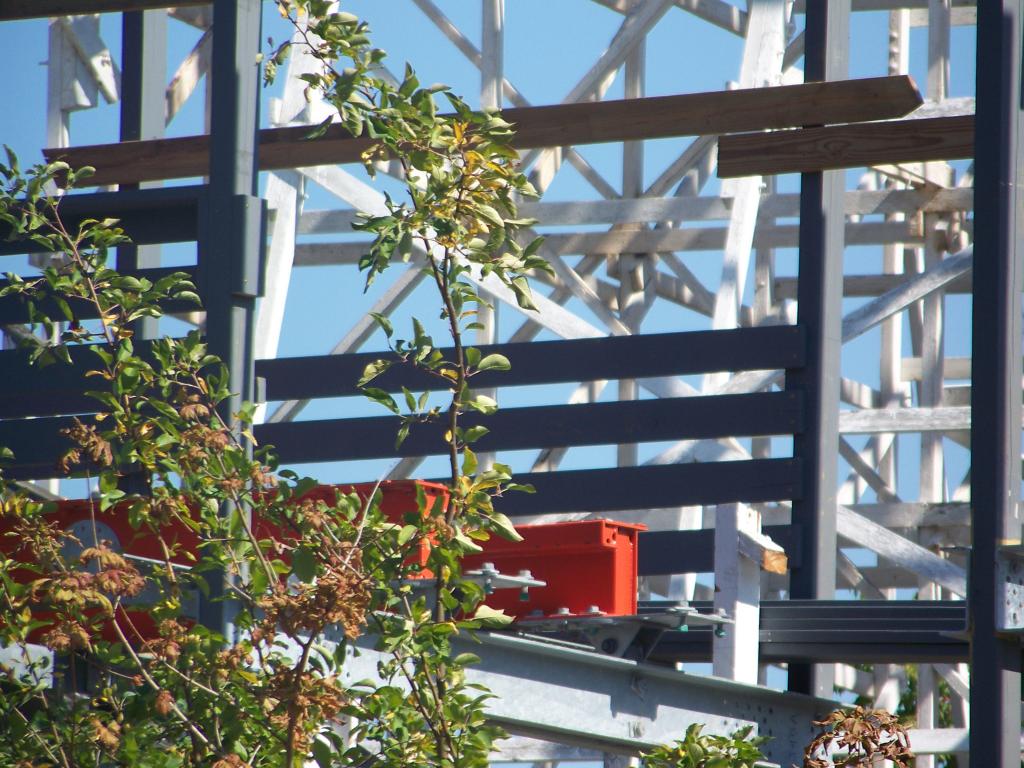 Overview of the brake run: 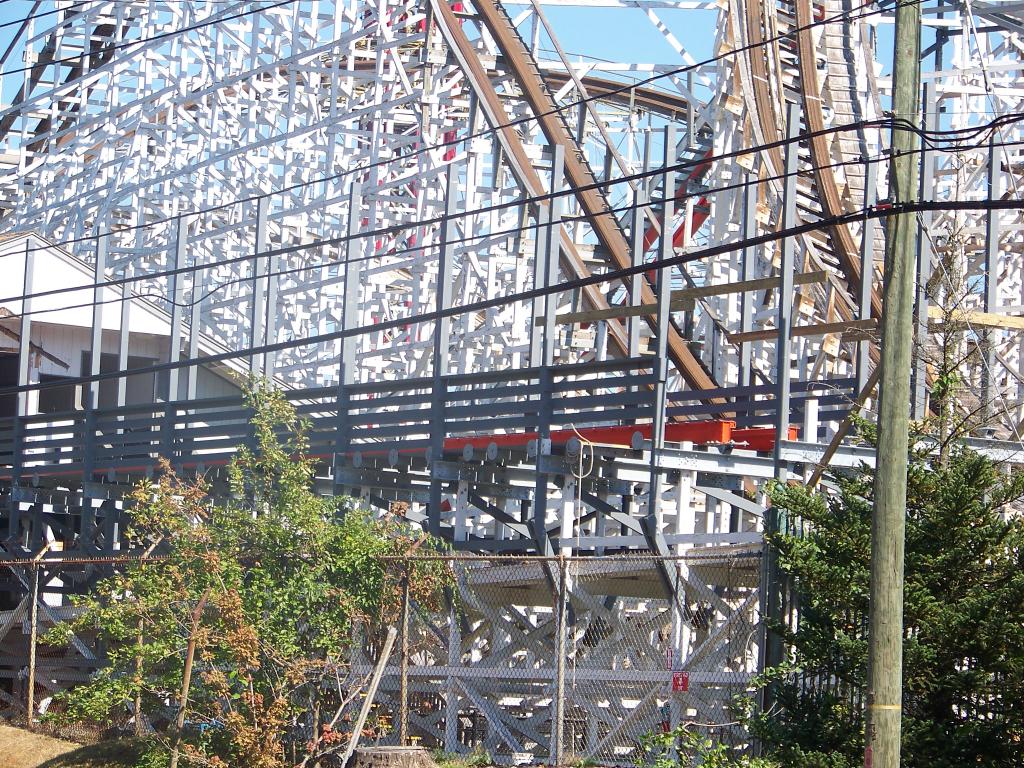 One final picture. It looks like he’s going around spray painting the sections of supports that need to be removed. 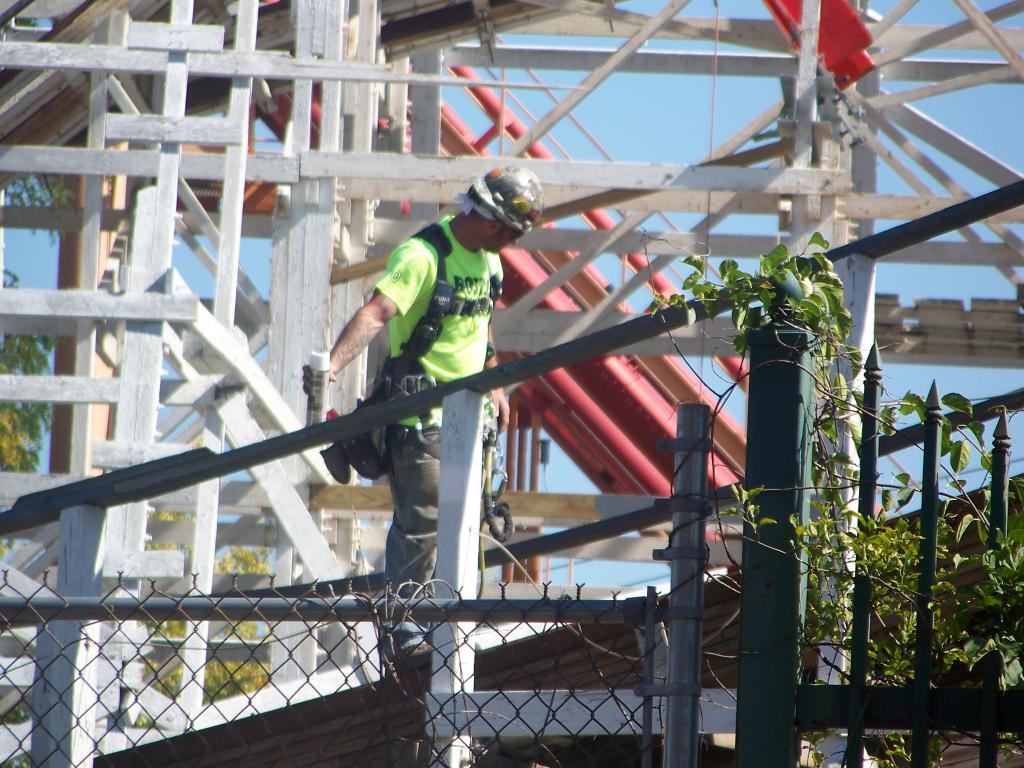 Thanks for reading our ninth construction update for Wicked Cyclone. Sometime during the week we will have a gigantic Fright Fest review post featuring reviews of the haunts and scare zones, tons of pictures and more! Follow us on Facebook and Twitter to be updated when that post goes up.