From inside the park, not much has visibly changed from last week’s update. It seems like track work will be done for a couple more weeks as the crews continue to remove old Cyclone track and cut away at the structure. Only about 50% of the original Cyclone structure will remain for the transformation into Wicked Cyclone. Let’s get to the pictures: 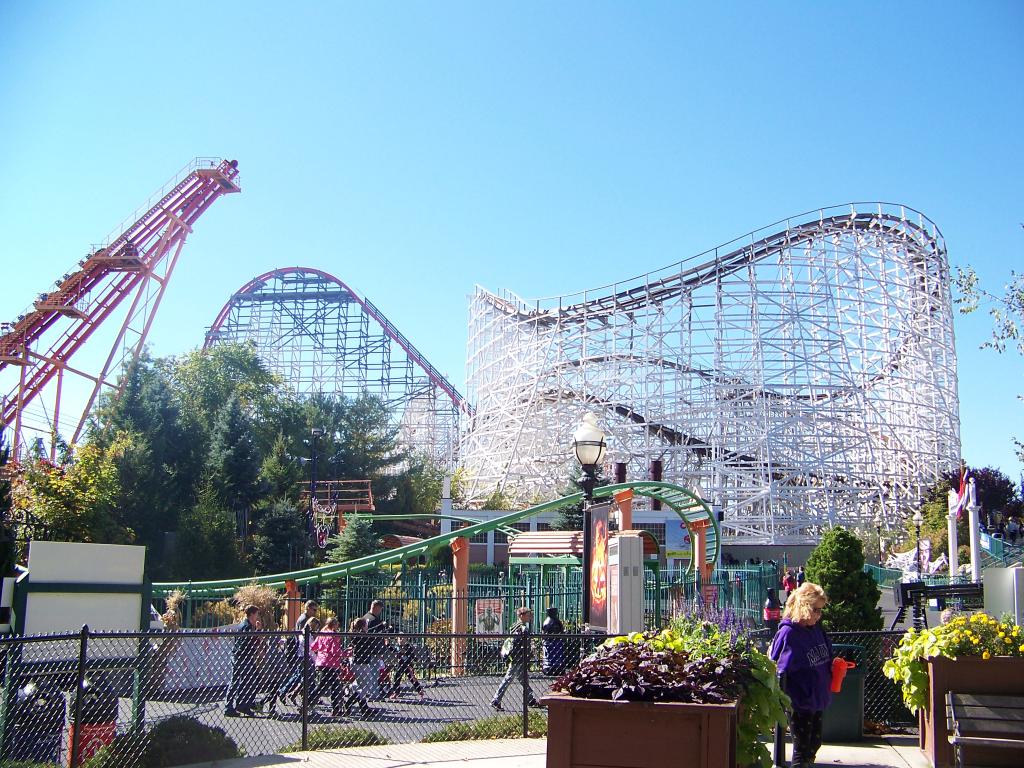 Not much different than last week except for one thing… 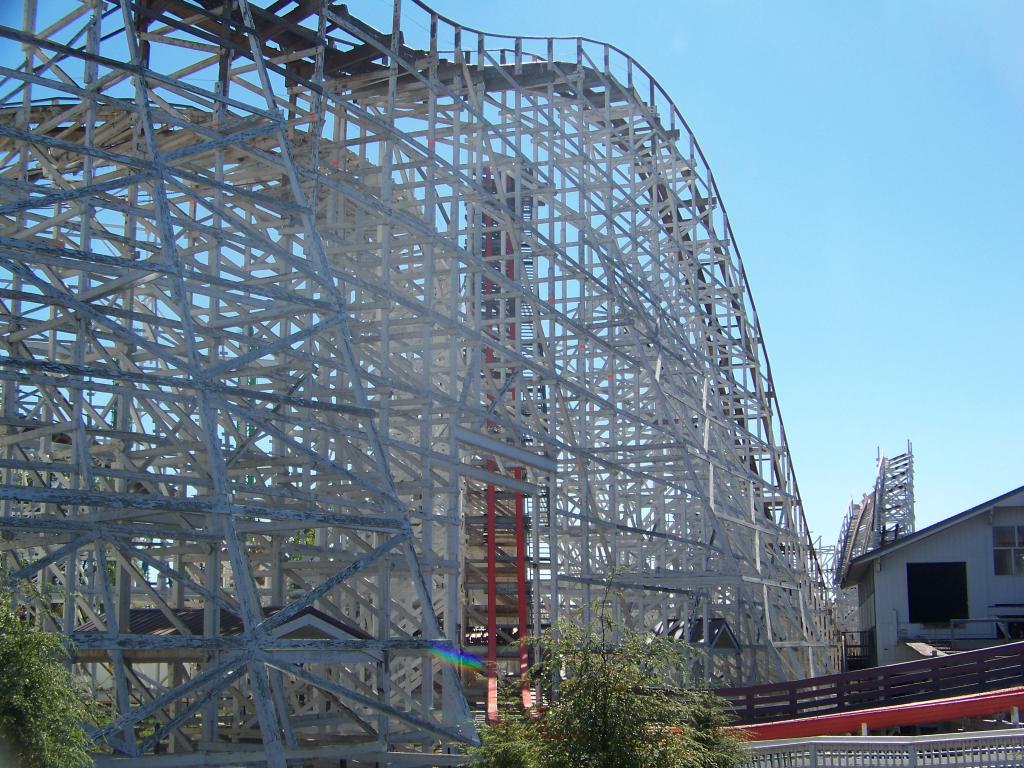 Most of this turnaround has been removed! 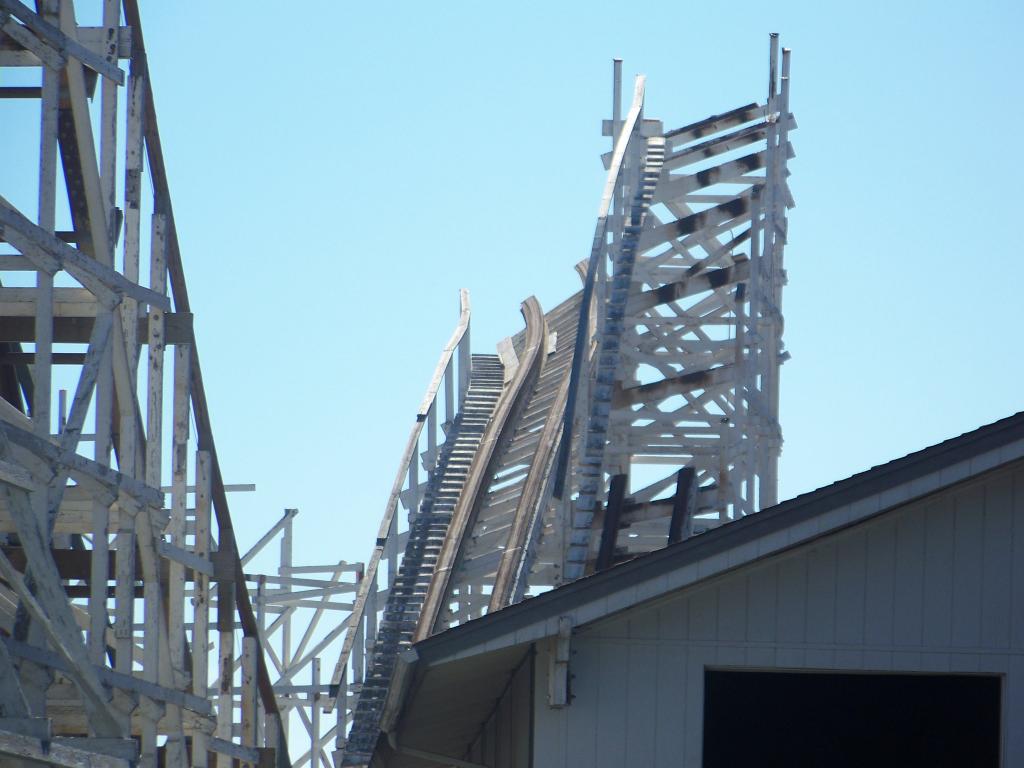 New England Skyway gives an excellent view of what has been done to Cyclone since it closed down. Side note: make sure to get your final rides in on New England Skyway. Six Flags is removing it… 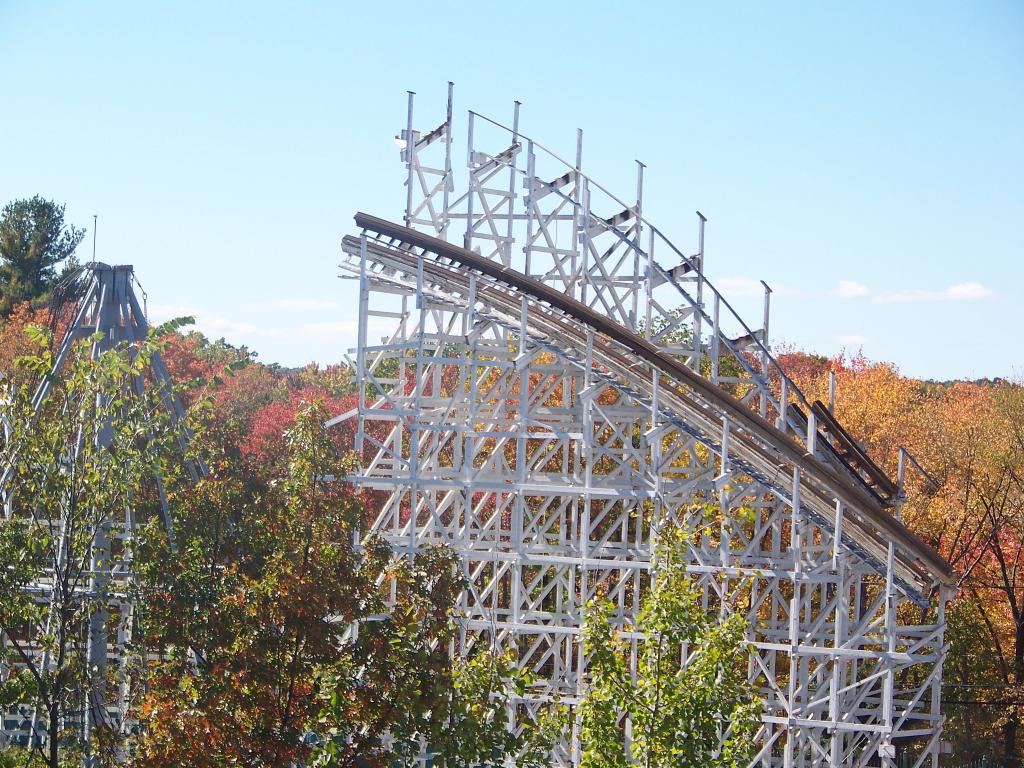 All that remains in terms of track is that little portion of the first drop. I wonder what’s going to happen to the steel towers that used wires to support the coaster. 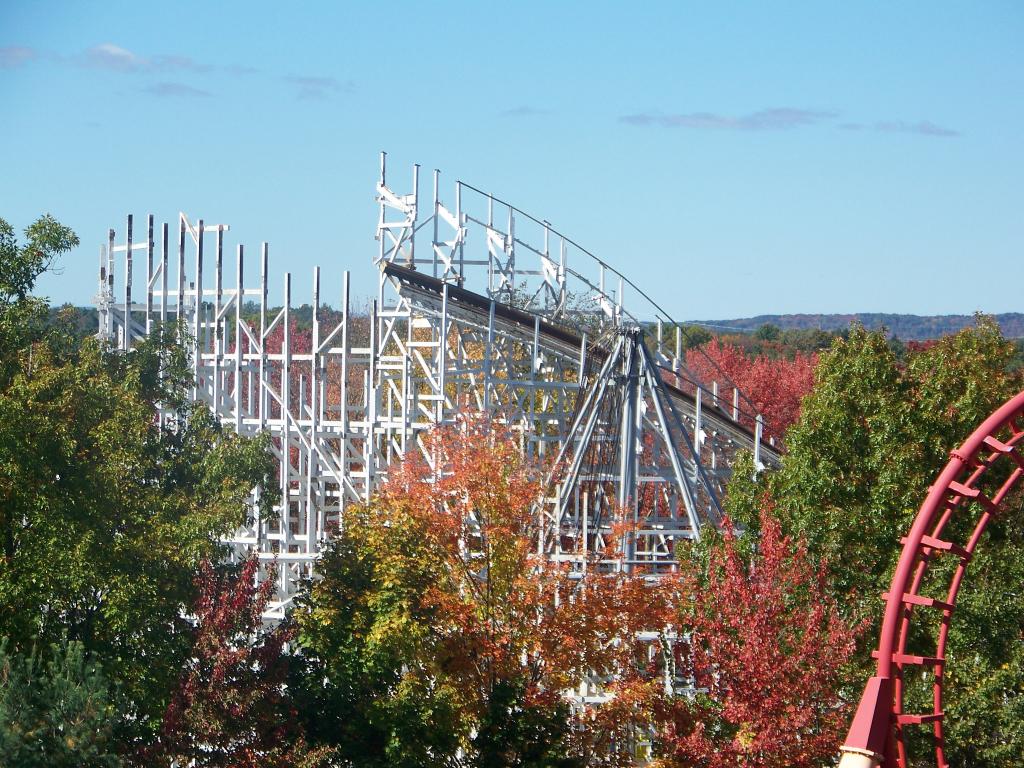 Up close shot. You can see the burn marks caused by the tools they use to rip the track off. This is where the over banked turn immediately following the first drop will be. 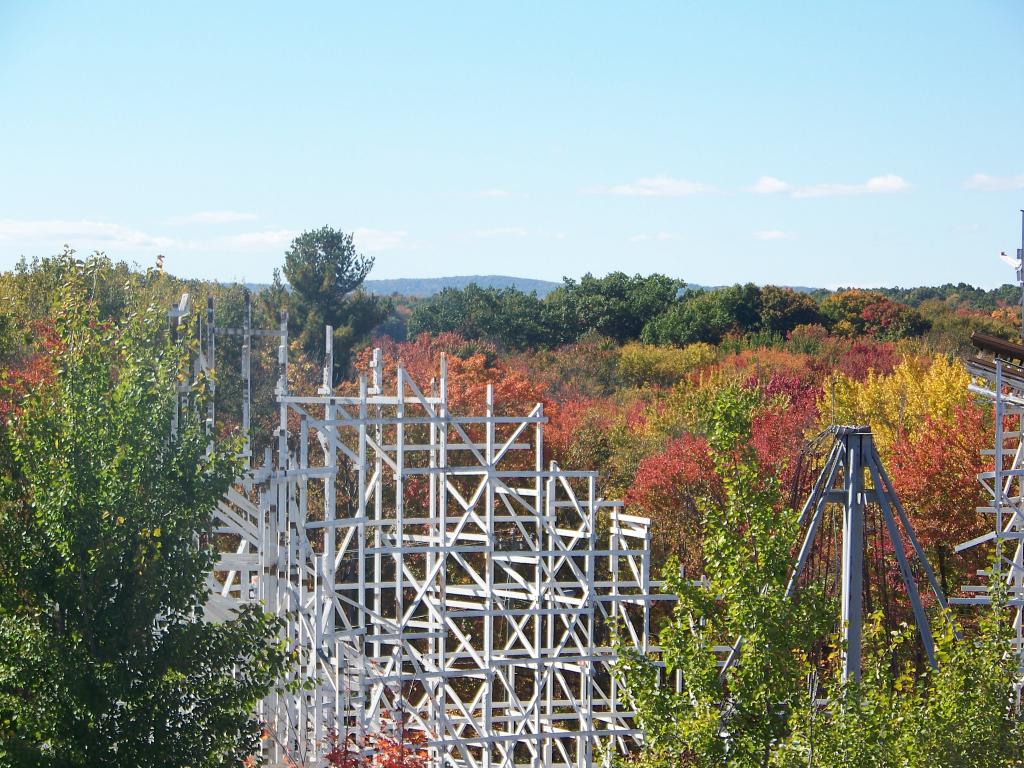 Here is a different angle from Tomahawk’s queue. 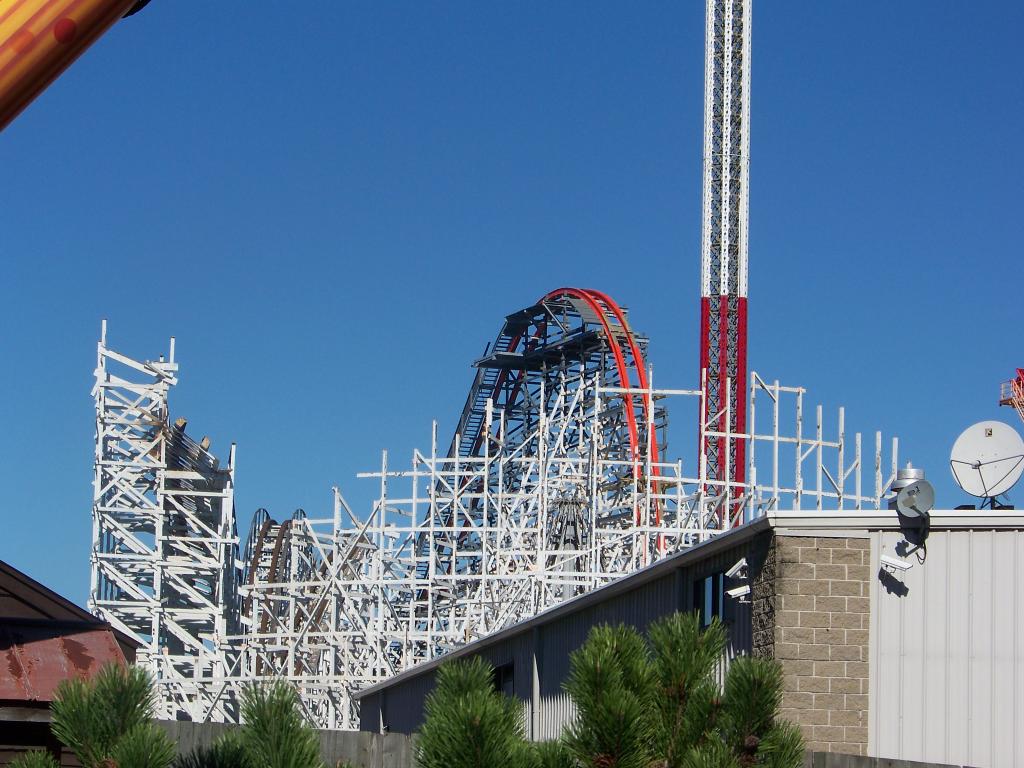 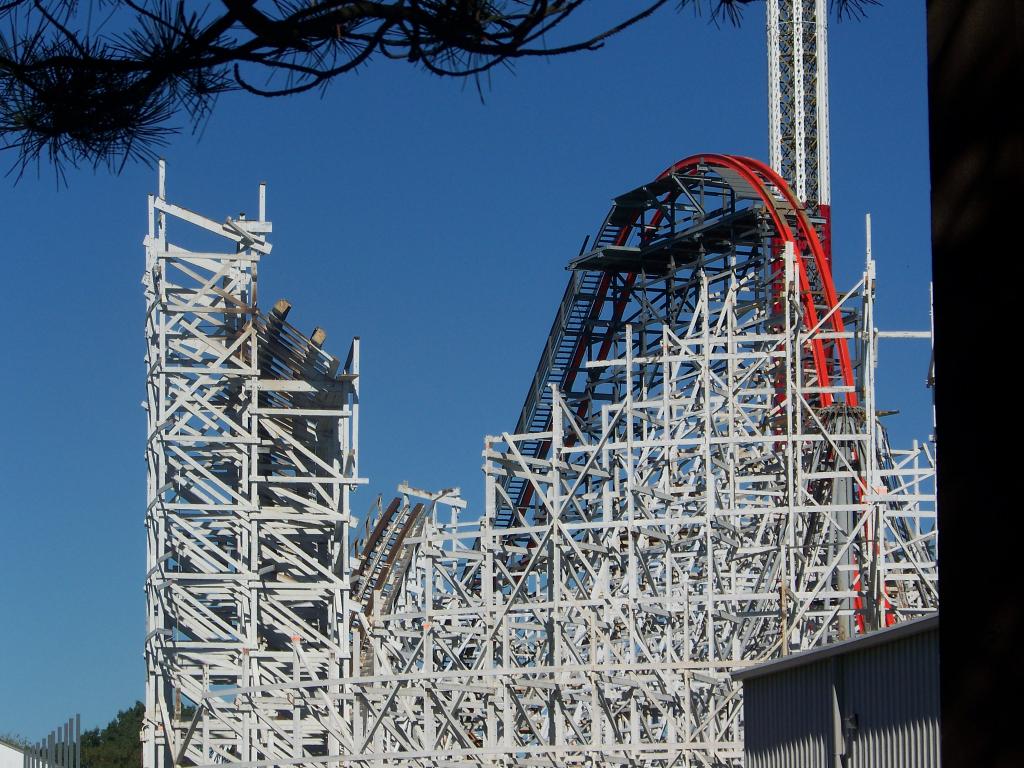 The rest of the pictures will be from outside of the park. This is where we saw a majority of the progress being made. 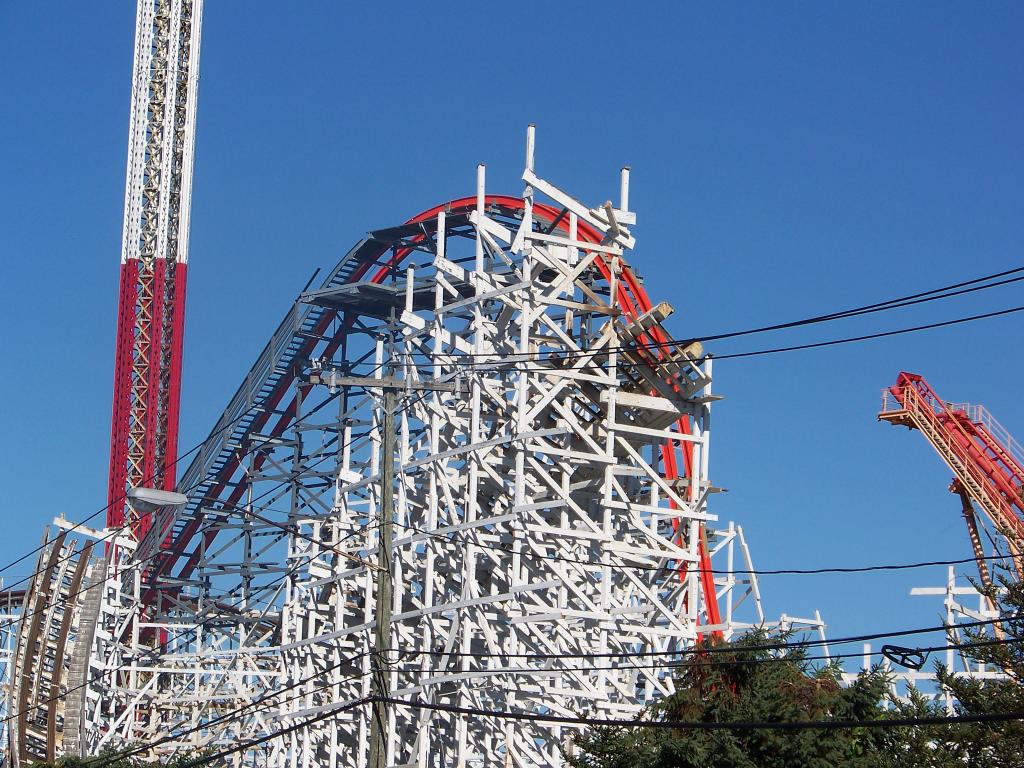 The structure was cut away with precision. If you look closely, you can see the outline of the over banked turn forming. 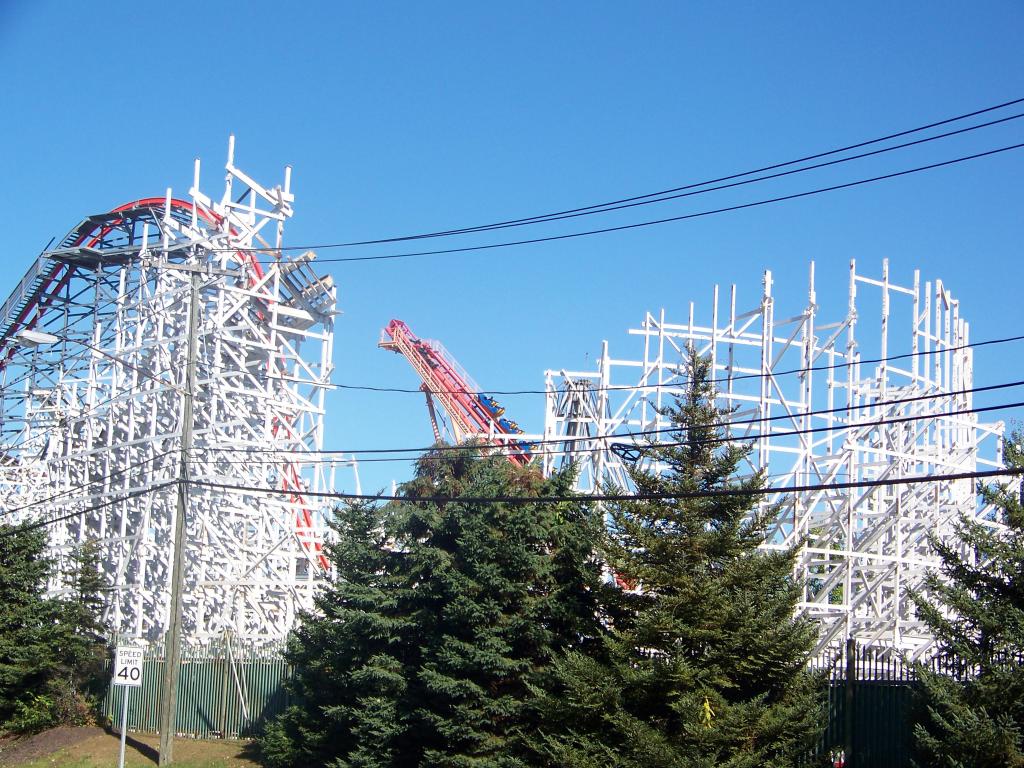 We suspect that this portion of track will be removed next. 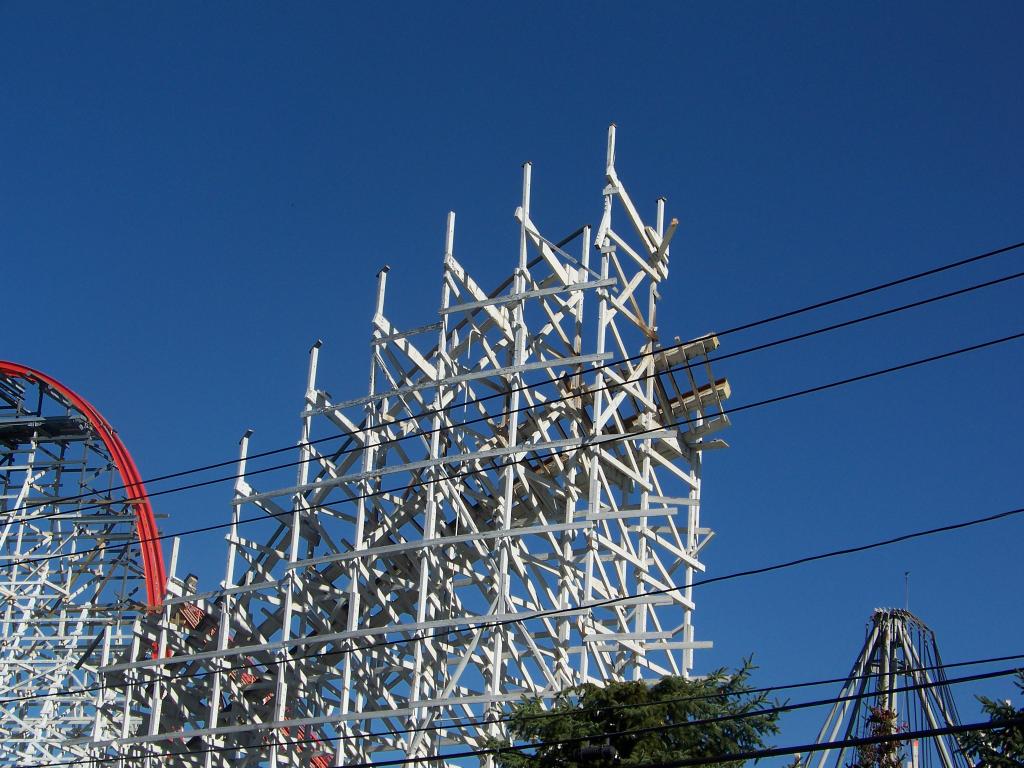 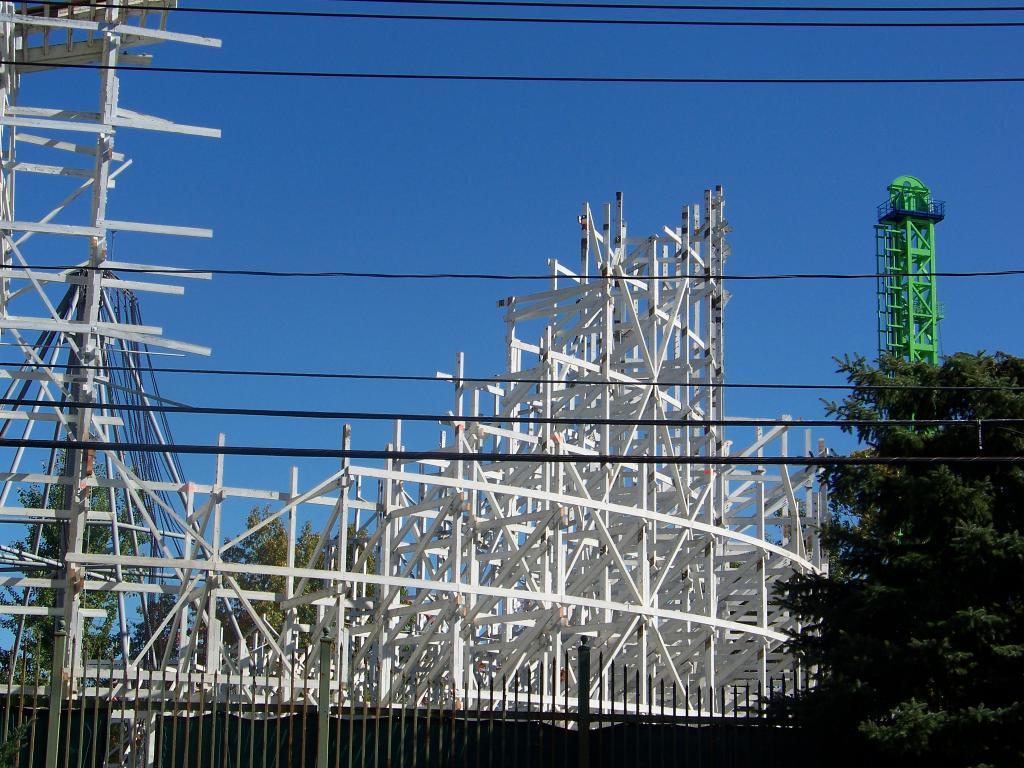 When this is attached to the crane, workers can get in it and access high up areas. 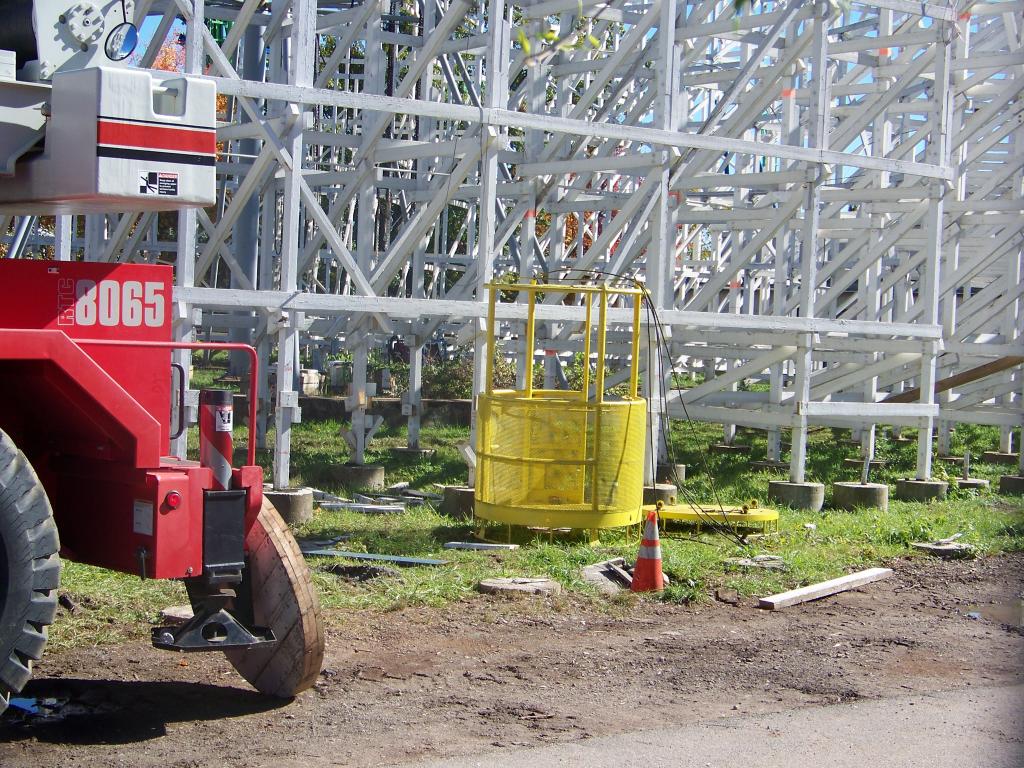 All of the track and structures have been torn down on the southern side (maintenance building side) of the coaster. 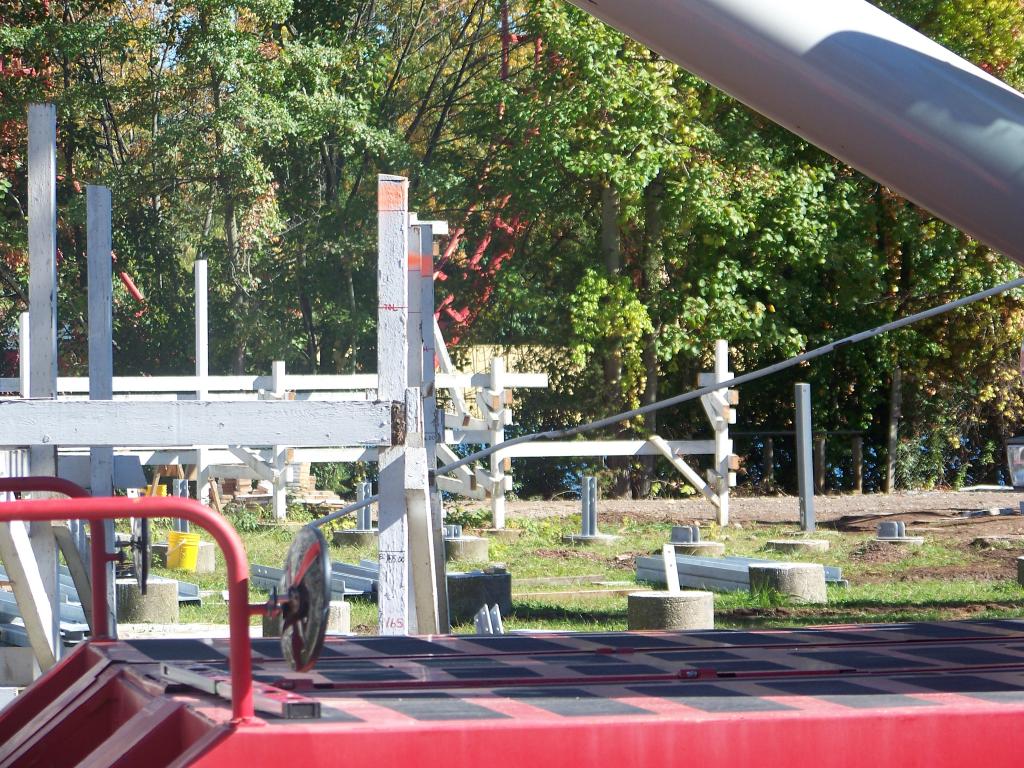 There are still some areas with supports still standing, but the majority of it is gone. The valley next to the station is completely cleared away, as is the track leading into Cyclone’s third drop. 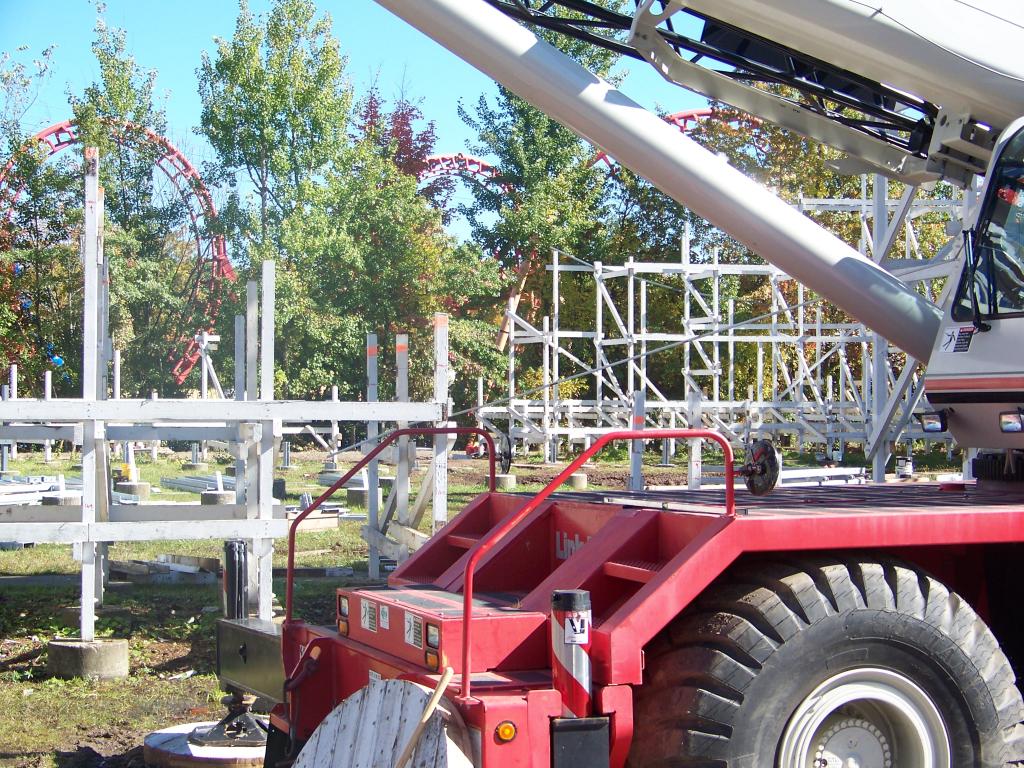 Some new wood, painted and ready for assembly. 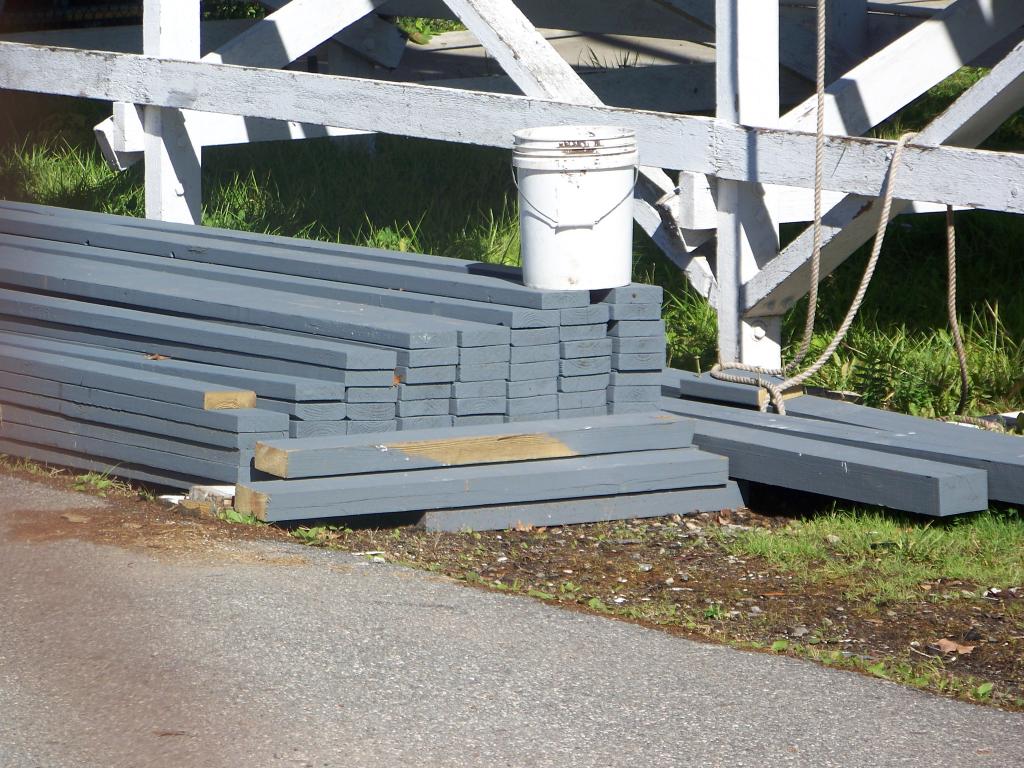 The lift motor platform at the top of the lift has had some more work done to it. 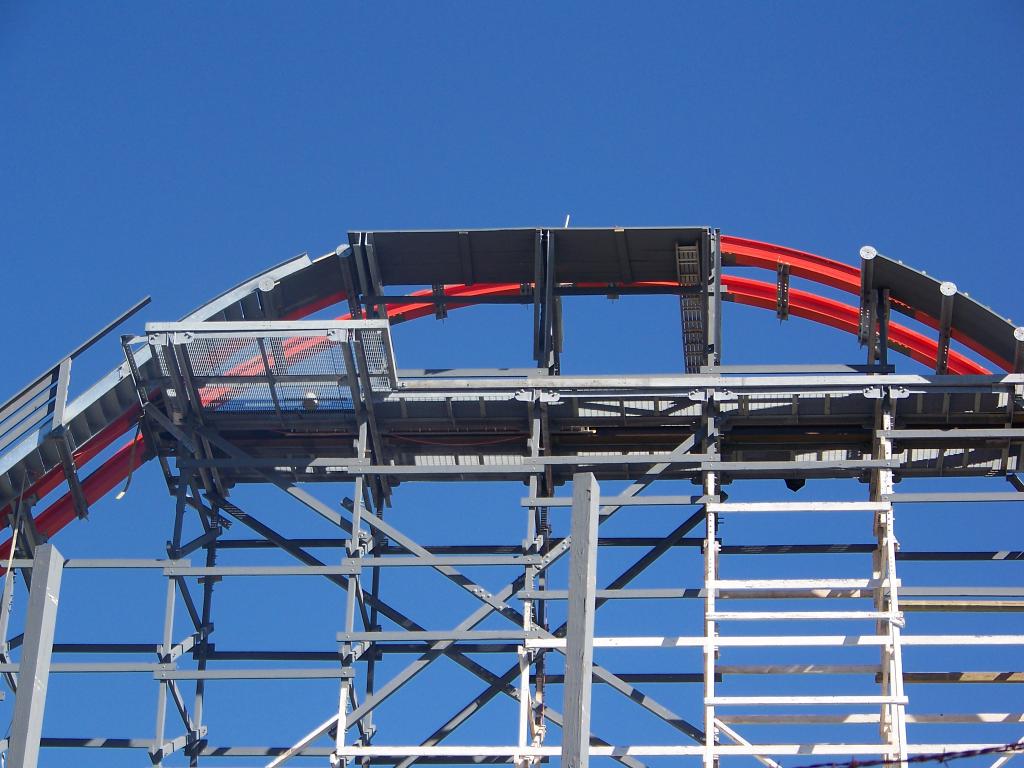 This shows off just how much has been removed. Compare this picture to ones in our older updates. 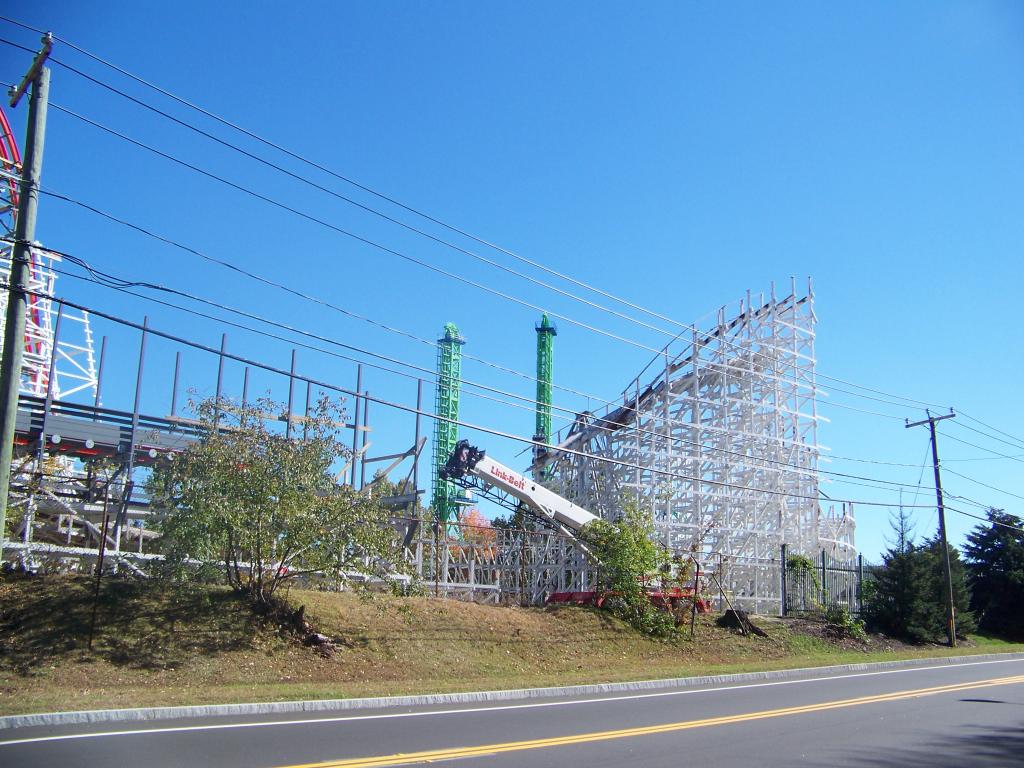 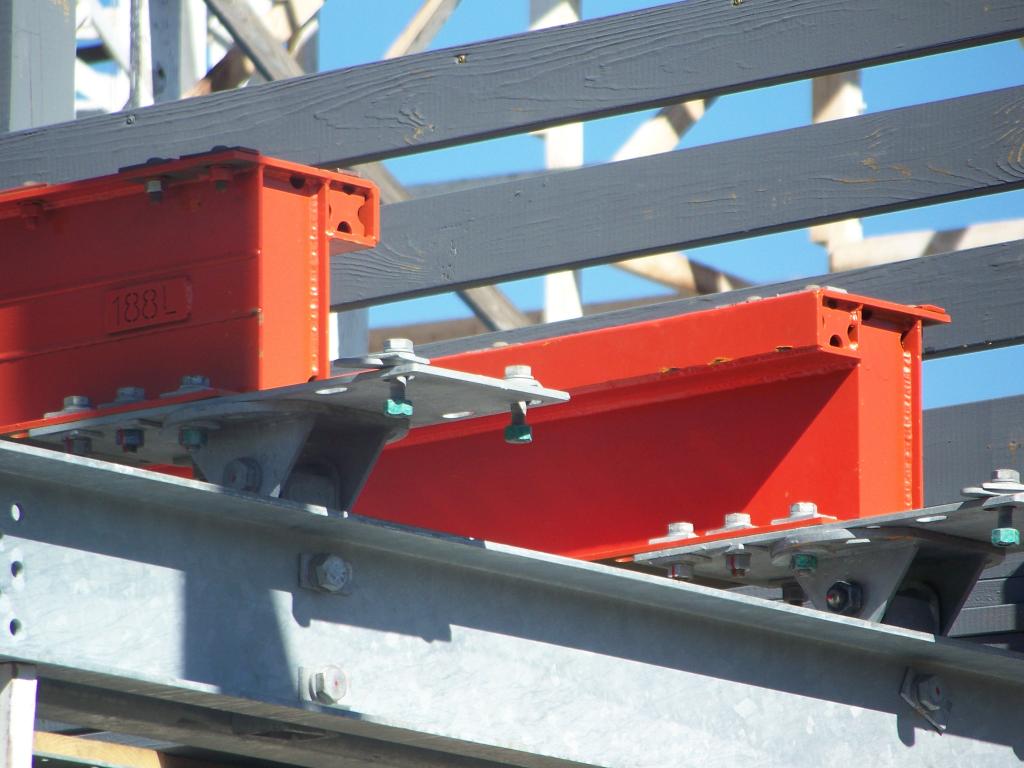 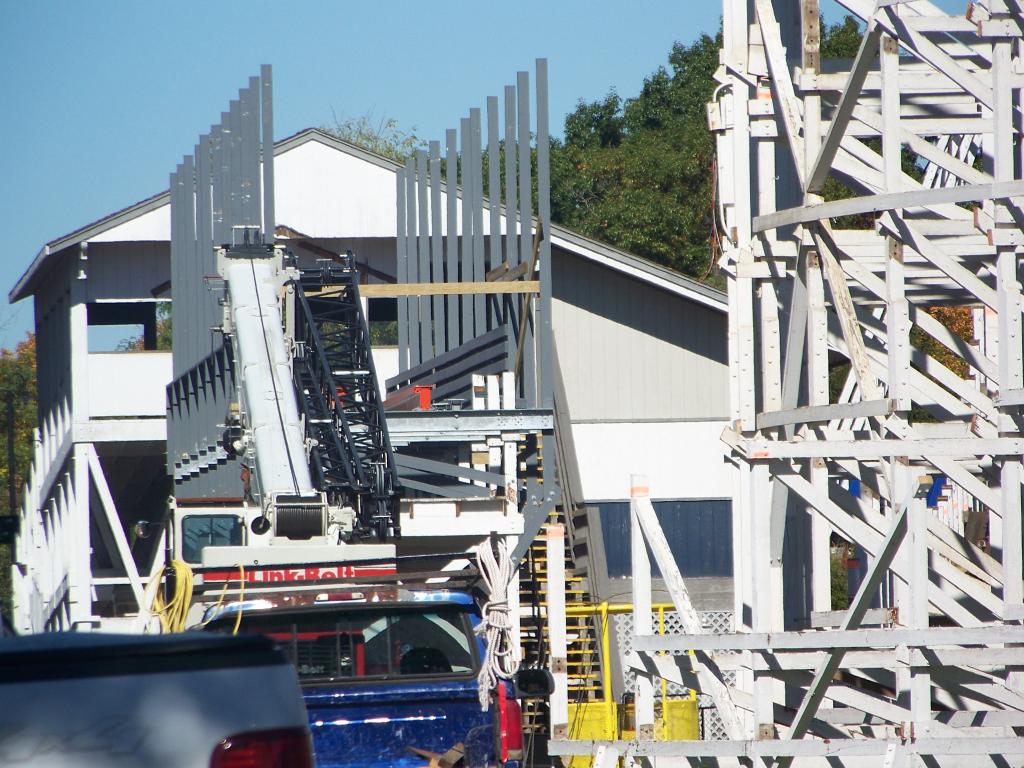 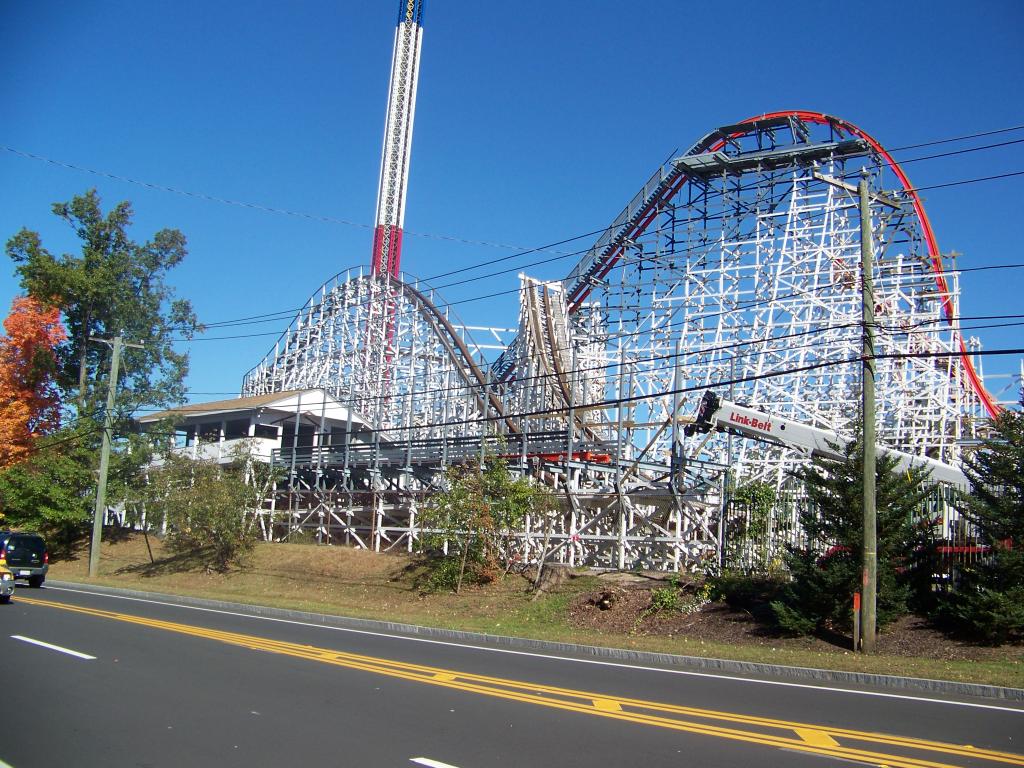 That’s it for this update. Thanks for reading! We’ll see you again next weekend with our twelfth update.