The old Cyclone structure has come down even more in Wicked Cyclone construction update #16. 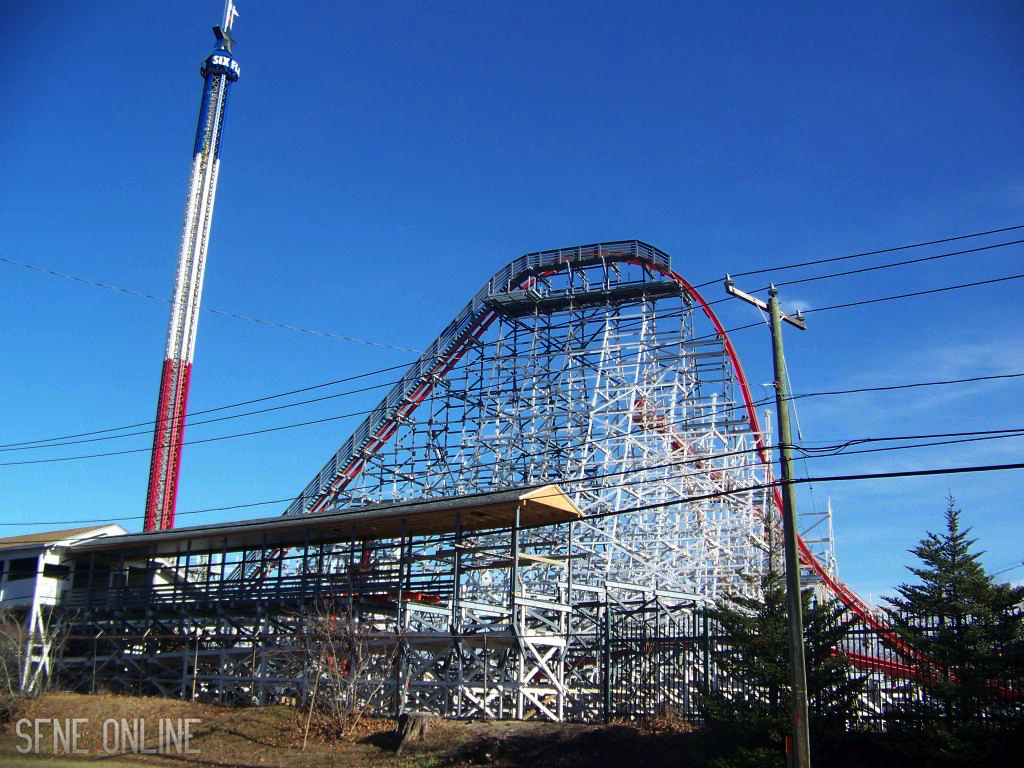 It’s been two weeks since the Wicked Cyclone construction tour. In between, Thanksgiving came and went along with a lot of bad weather. For those reasons, not much work has been completed since the update from the tour.

Probably the biggest change was that more of the structure near New England SkyScreamer came down: 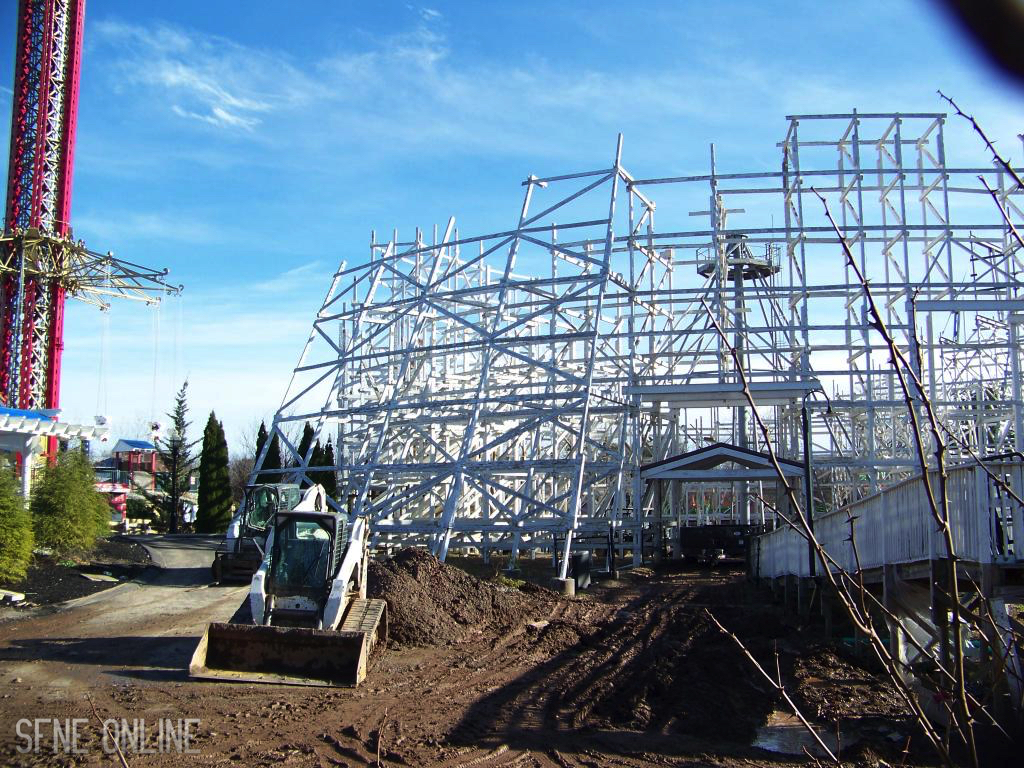 The picture above and below really show off how short Wicked Cyclone is now. You should also be able to easily see the outline of where the second overbanked turn will be. 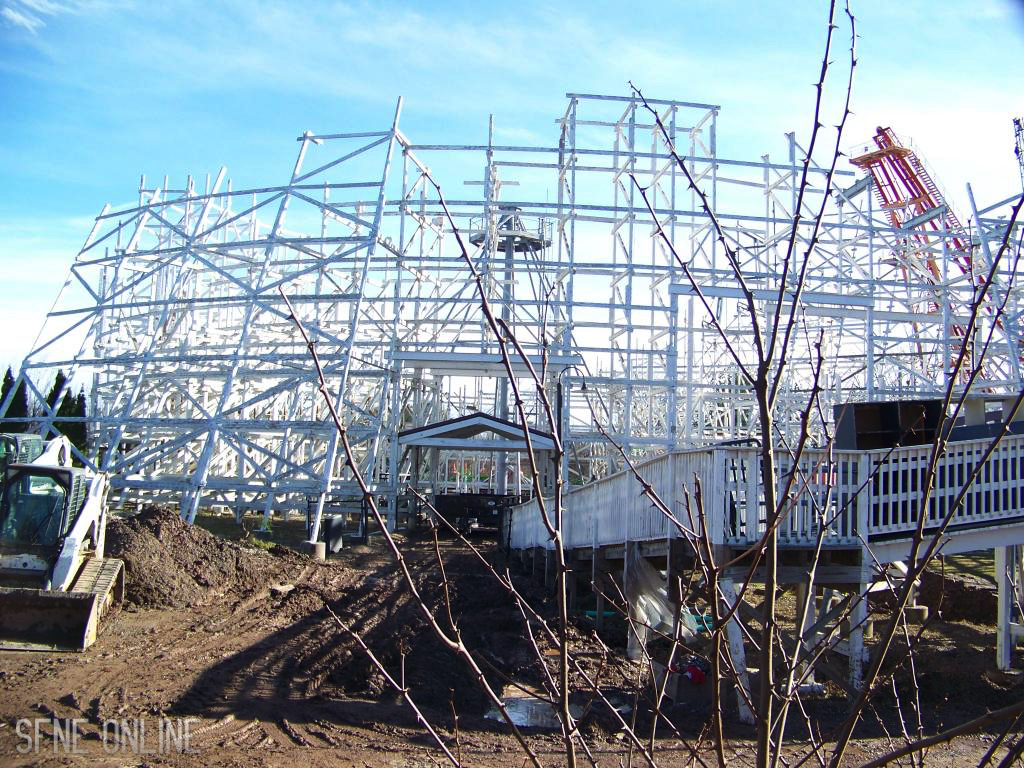 This picture gives you a good sense of the double down’s placement. 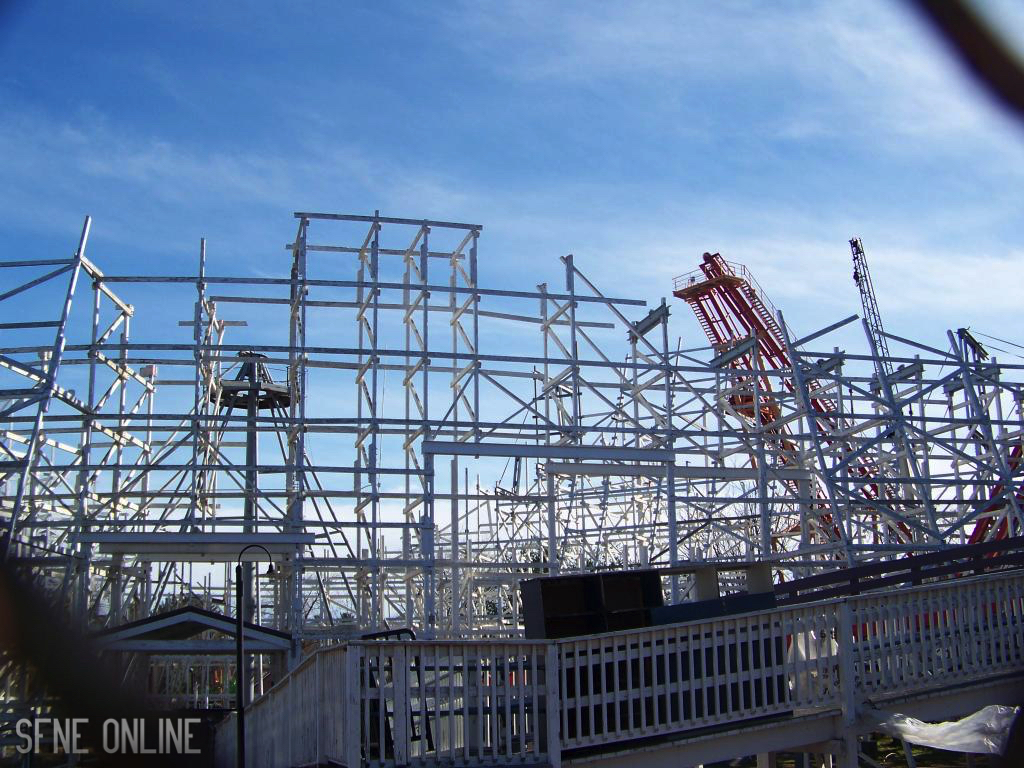 The exit used to run through this hole in the structure. I assume that the exit for Wicked Cyclone will reuse that same ramp: 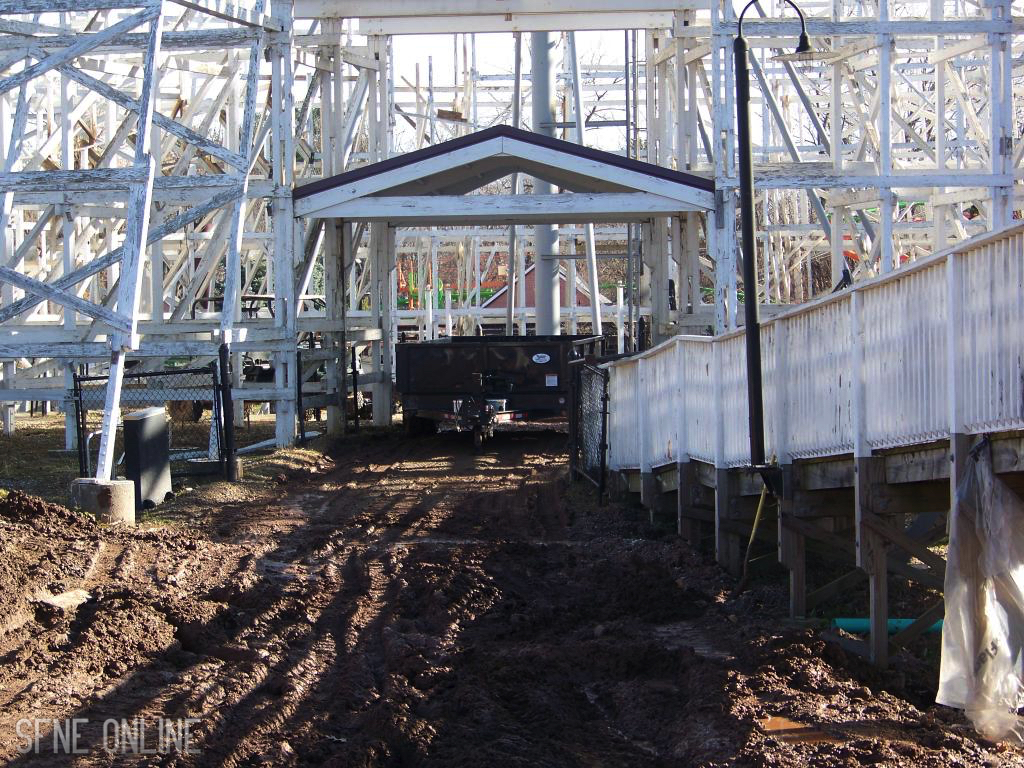 In the construction tour update, we posted a picture of some wood frames in the ground in this location and speculated that it would be for a new control room. Looks like that is the case as some cement has been poured: 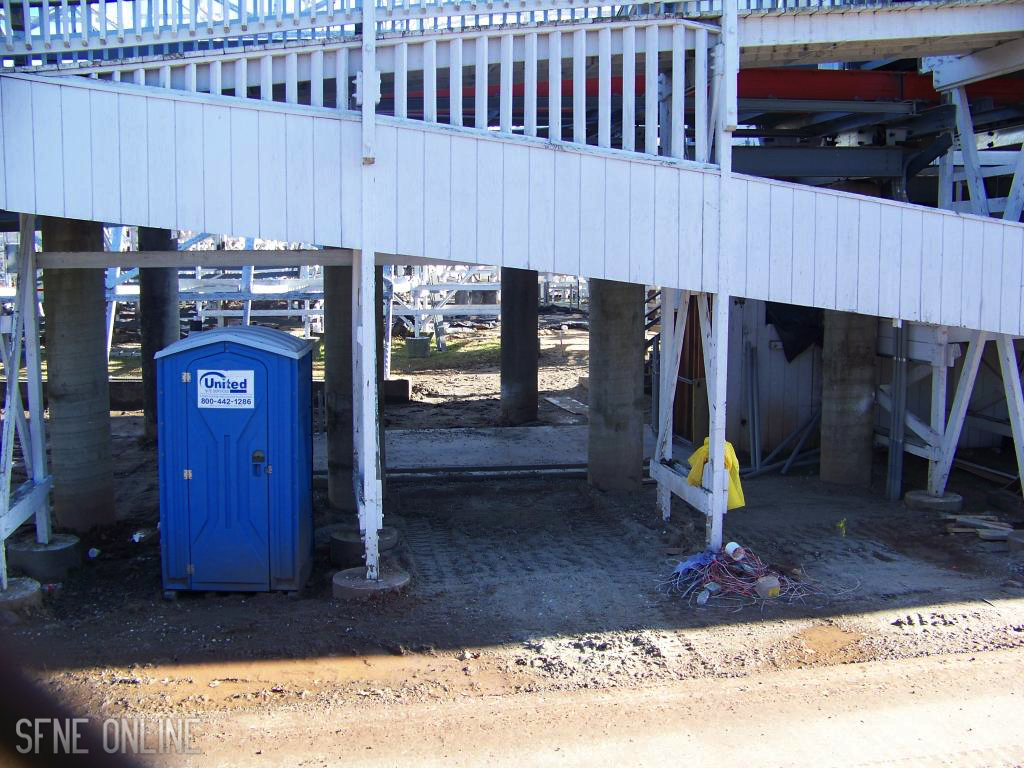 General overview of the area:

If you didn’t notice it in the picture above, the catwalk along the lift hill has been completed. And it looks pretty strange… In fact, I’ve seen several people mention that it looks a bit like a log flume. Haha. I can totally see where they’re coming from too. I can’t think of any other coaster that has a catwalk that doesn’t follow the contour of the top of the lift. If you know of any, let me know.

With all of this said, I’m sure the point of making it this way was to make the maintenance team’s job easier when inspecting the lift. 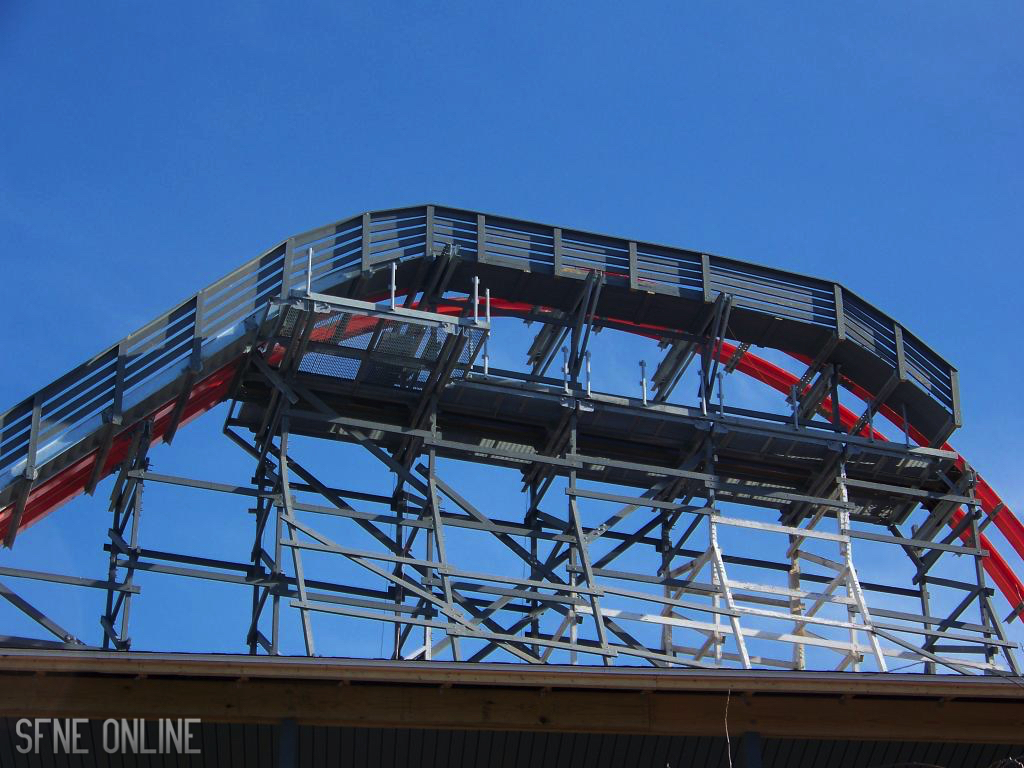 The roofing on the brake run is getting closer to completion. As you can see in the far left, they are installing boards to cover up all the wood. 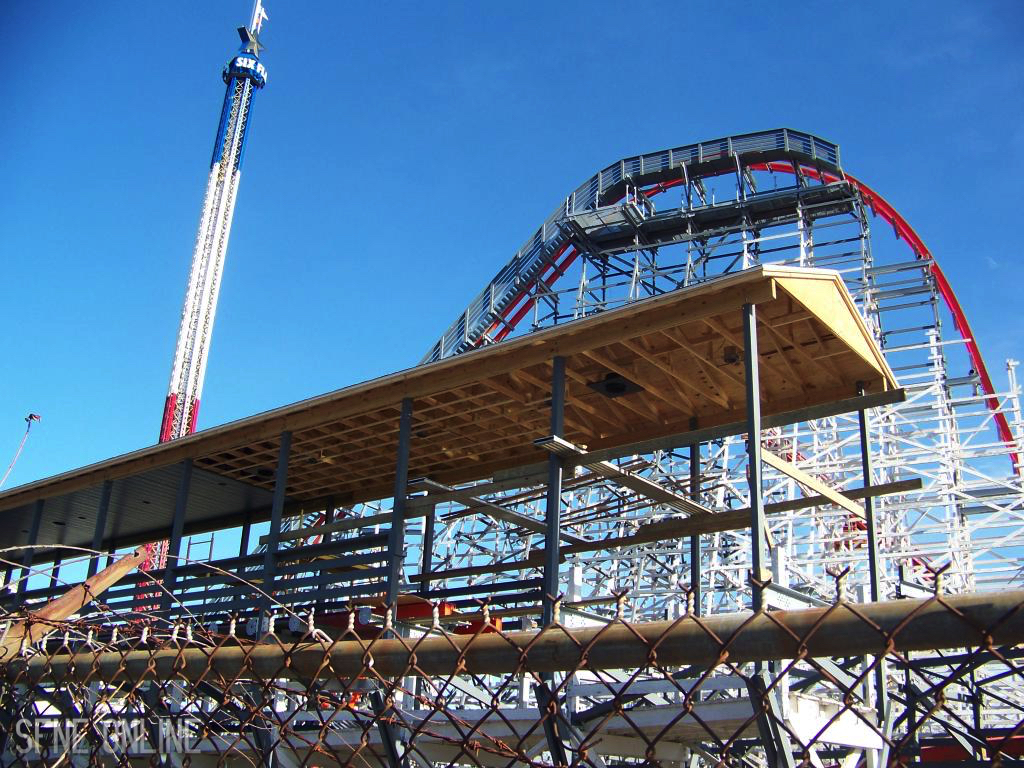 They only have this small portion left. Also, notice those small holes? We’re thinking that those will be for some lights. 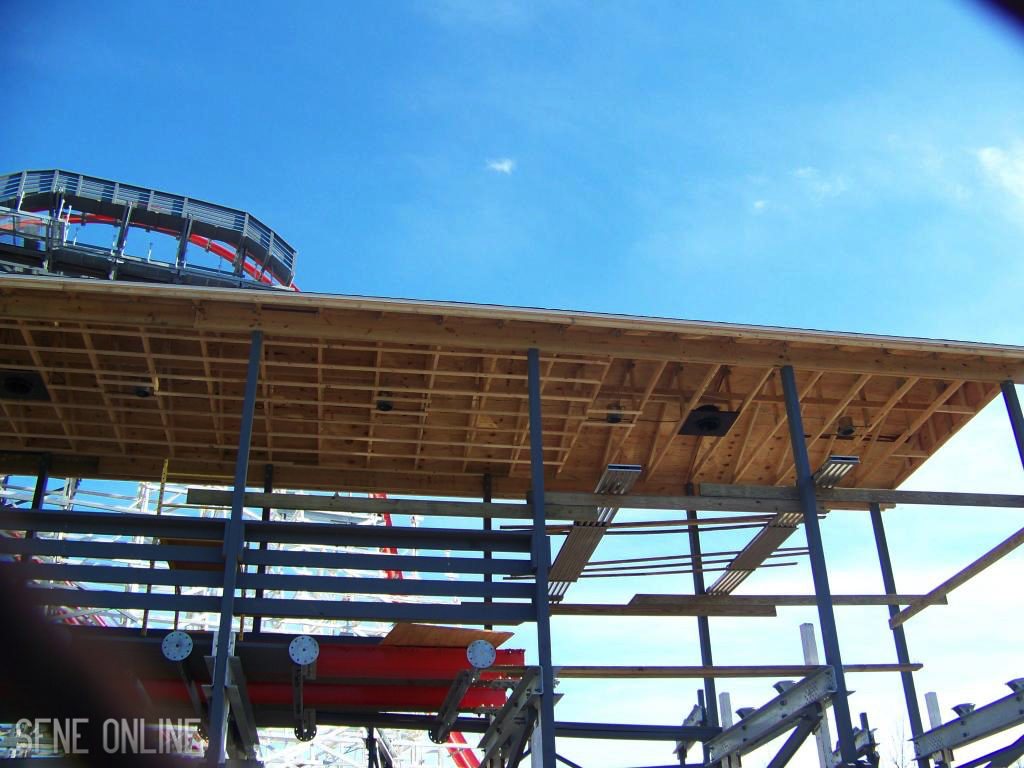 A better angle of the holes from the completed side of the brake run. 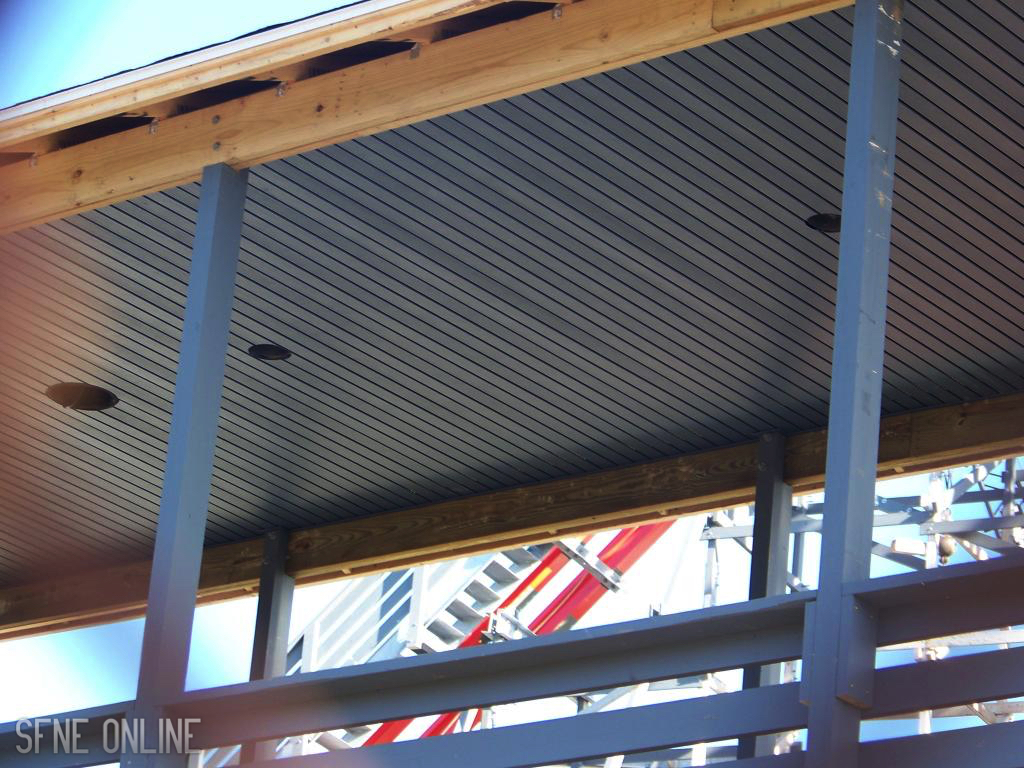 Now heading over to the over banked turn section… 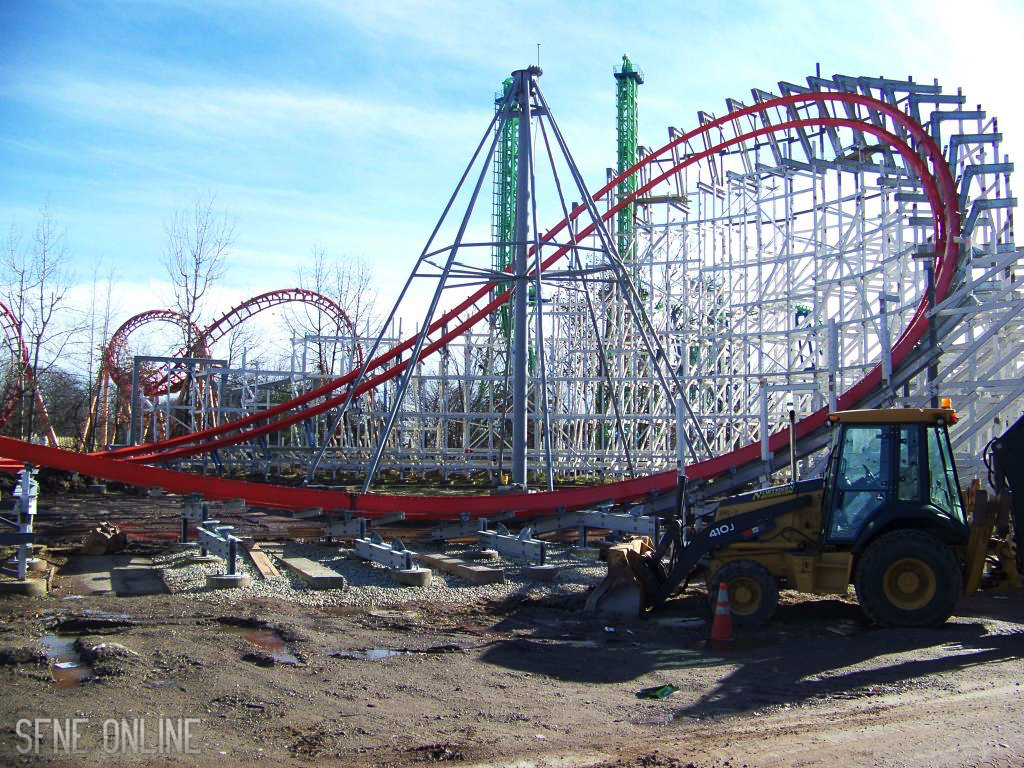 Not much has been done since the construction tour. 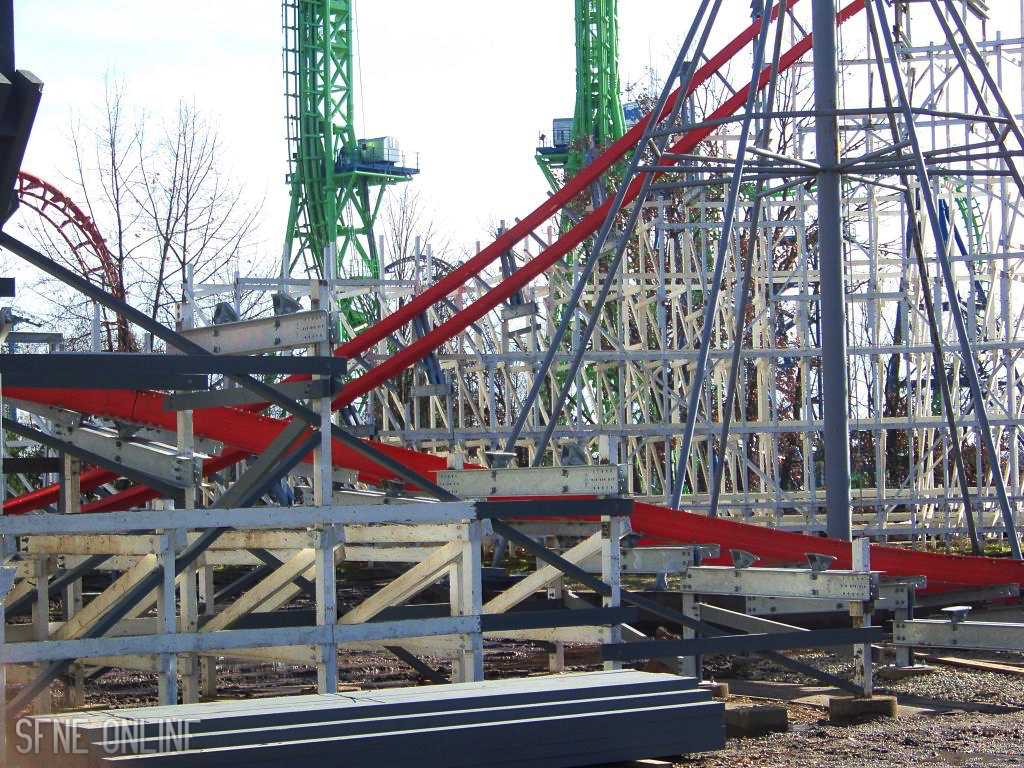 Although this was installed. It looks like these are some of the crossbeams for the 200-degree stall that are being staged for installation. Some of the crossbeams were already in place for the stall, but we weren’t able to get a picture of it. Hopefully by the time we do the next update in two weeks, the stall will have already been installed! 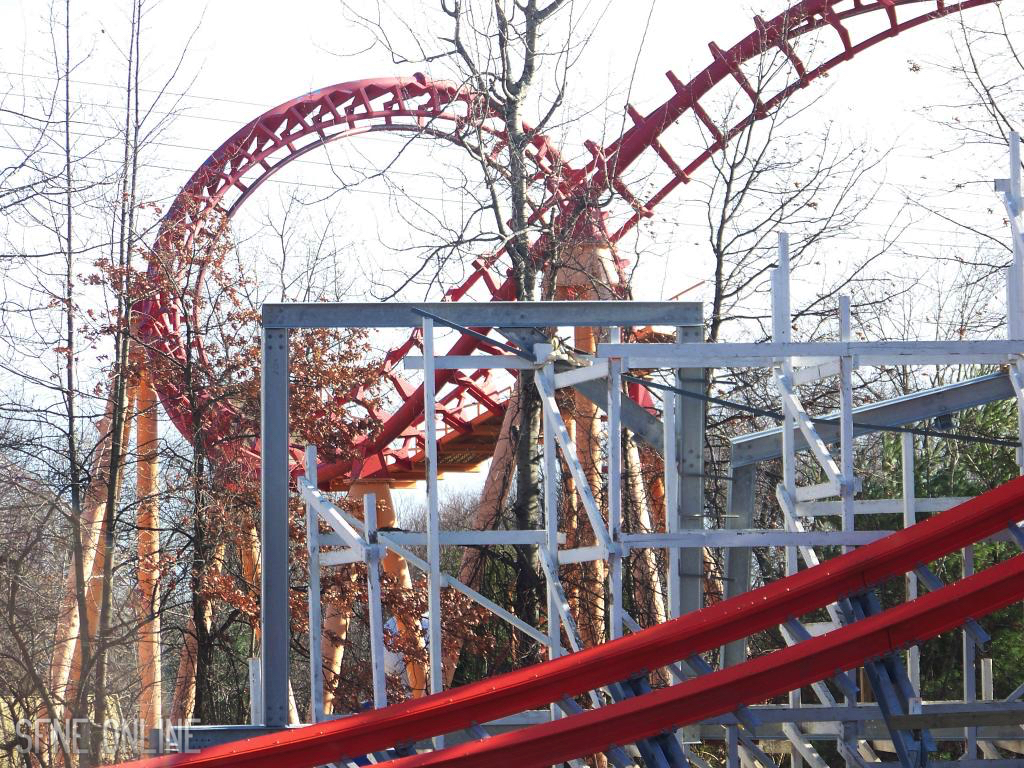 This last picture is for the other major change. All of the structure for the turn into the brake run has been taken down. This whole section will be completely rebuilt once Wicked Cyclone opens. 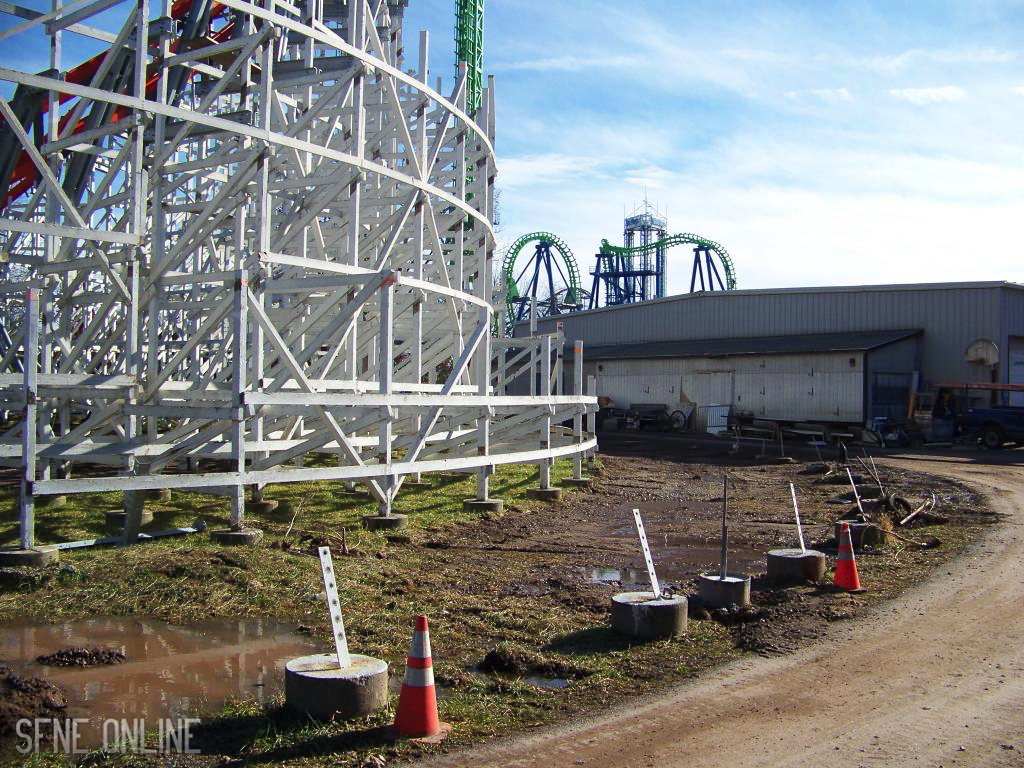 And with that, our sixteenth (or seventeenth if you were to count the construction tour) Wicked Cyclone update is over. Be sure to like us on Facebook and follow us on Twitter to see some pictures of Wicked Cyclone in between our updates!