The second over banked turn is now completed and we have some exclusive pictures from Six Flags New England. It’s time for Wicked Cyclone construction update #19. 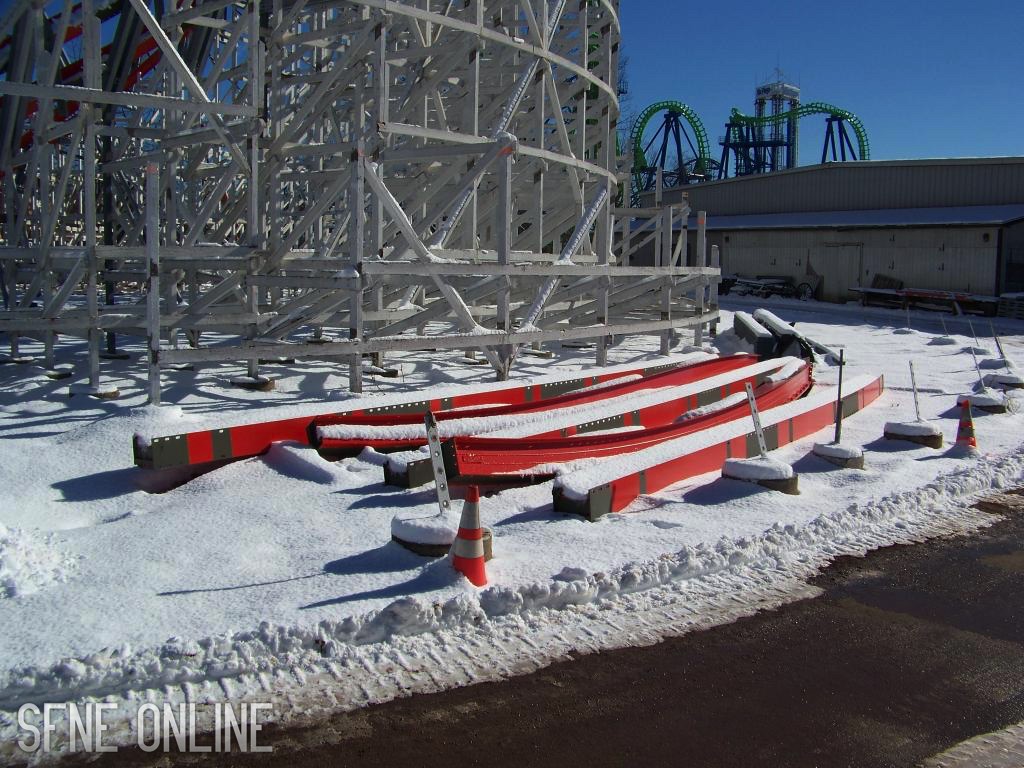 Let’s start off this update looking at pieces of track. Only reason I’m including this is because it looks cool with the fresh snow we just received. They’ll probably get completely covered during the week with the forecasted two to three feet of snow coming.

New England Skyway hasn’t changed much since our last update. 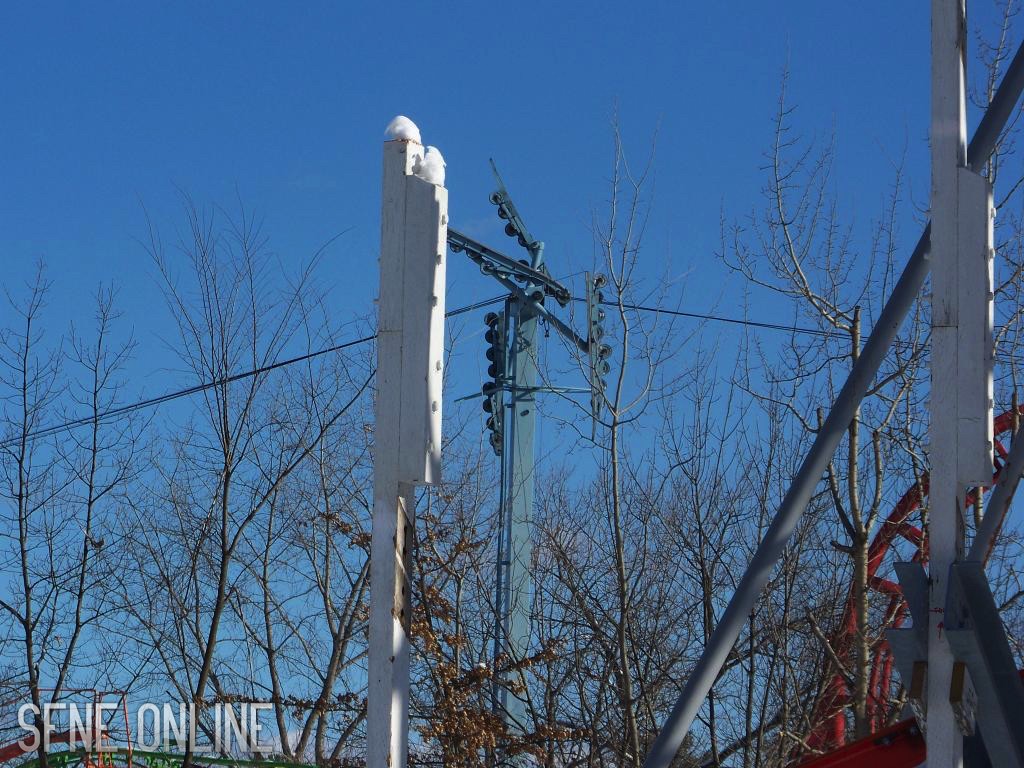 Nothing much has changed in this area. Some cool pieces of theming could go here. We’ll know pretty soon what the theming entails when SFNE makes an announcement in February! 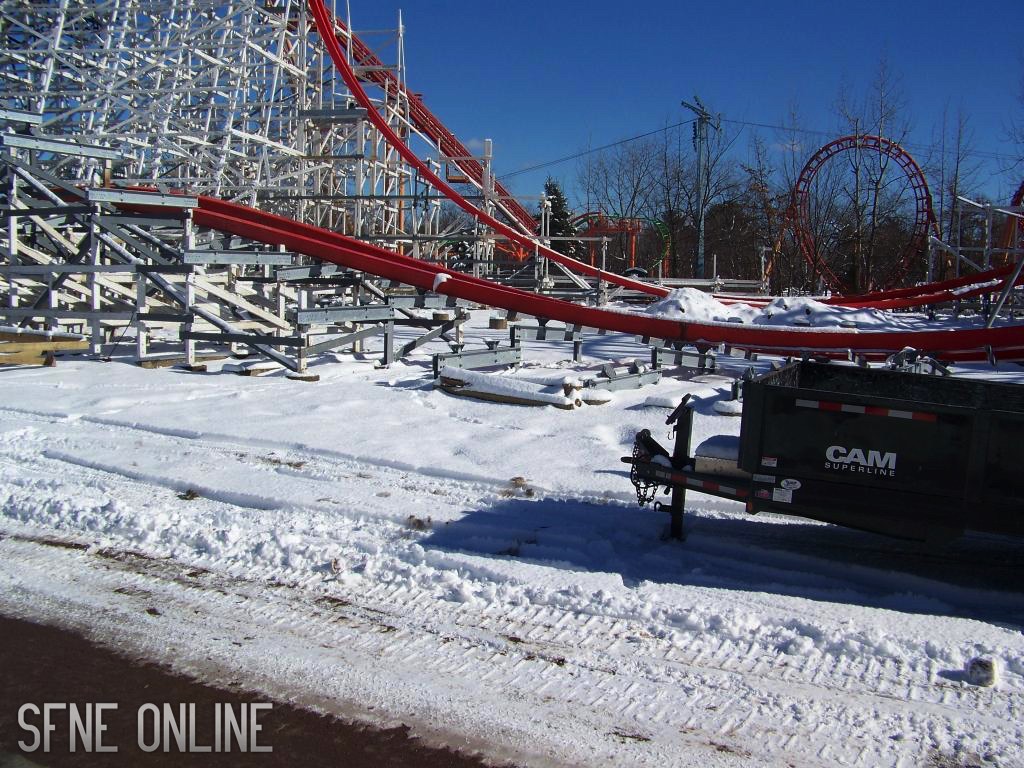 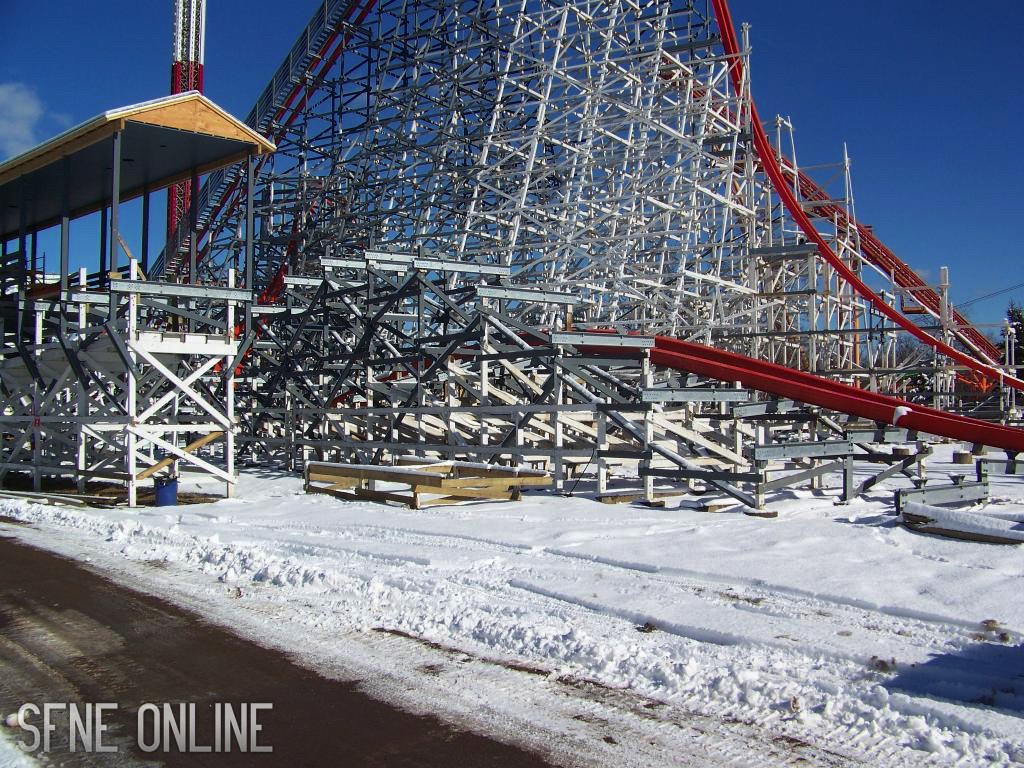 The track for the brake run remains untouched for now. The last piece of track is going to be placed here. 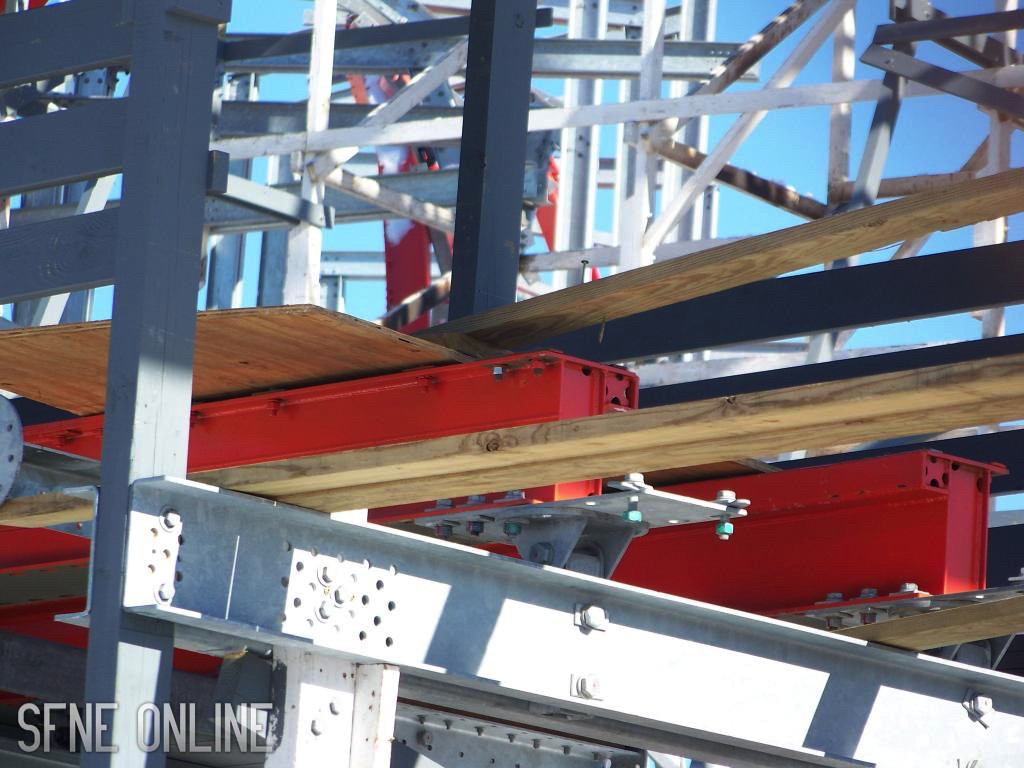 The ceiling on the brake run has been completed though. 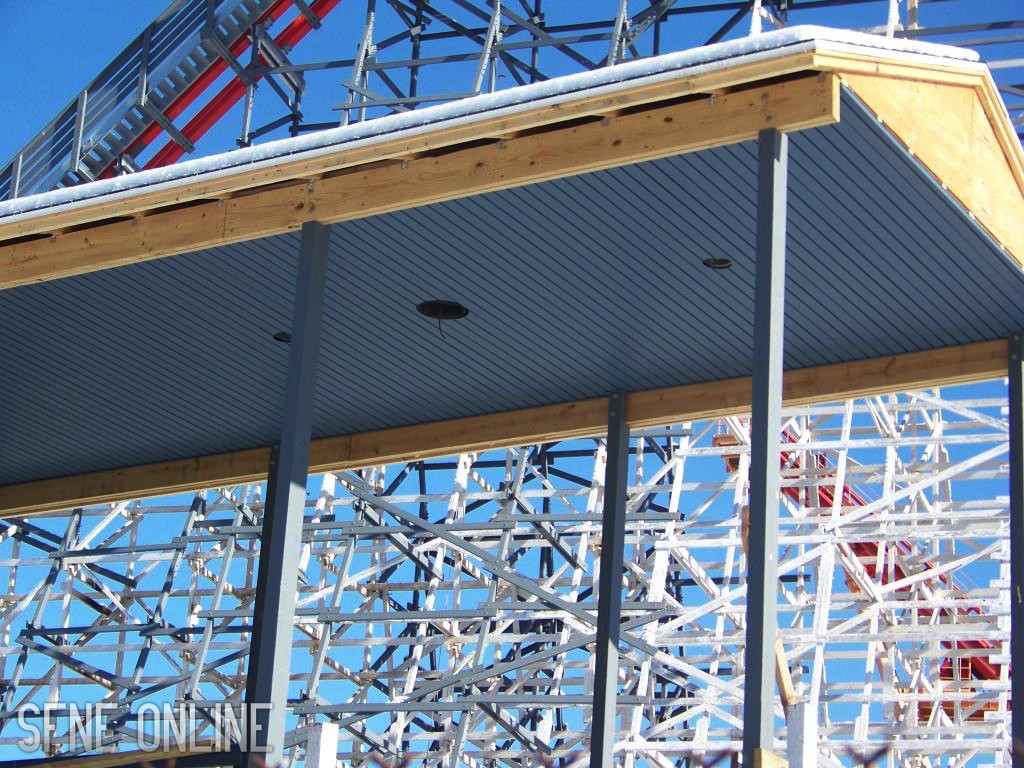 And more mechanical work has been done for all the technical stuff under the brake run. 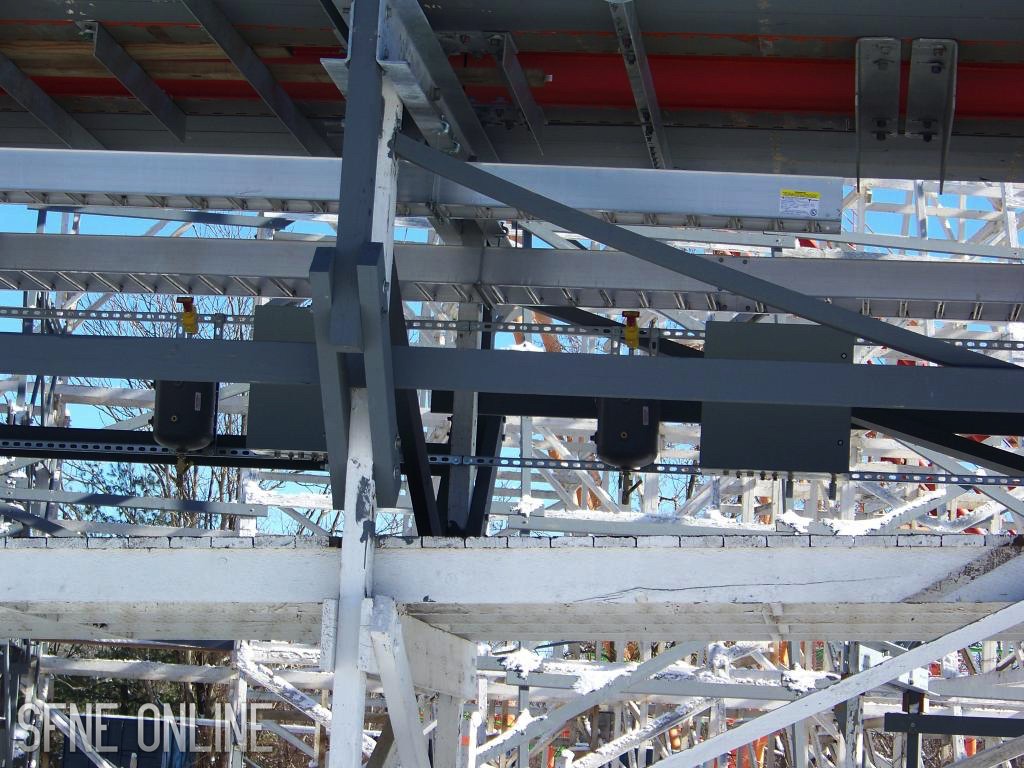 More technical stuff is going here. Since I know nothing about that type of stuff, I’m just going to move onto the pictures you guys probably want to see the most… 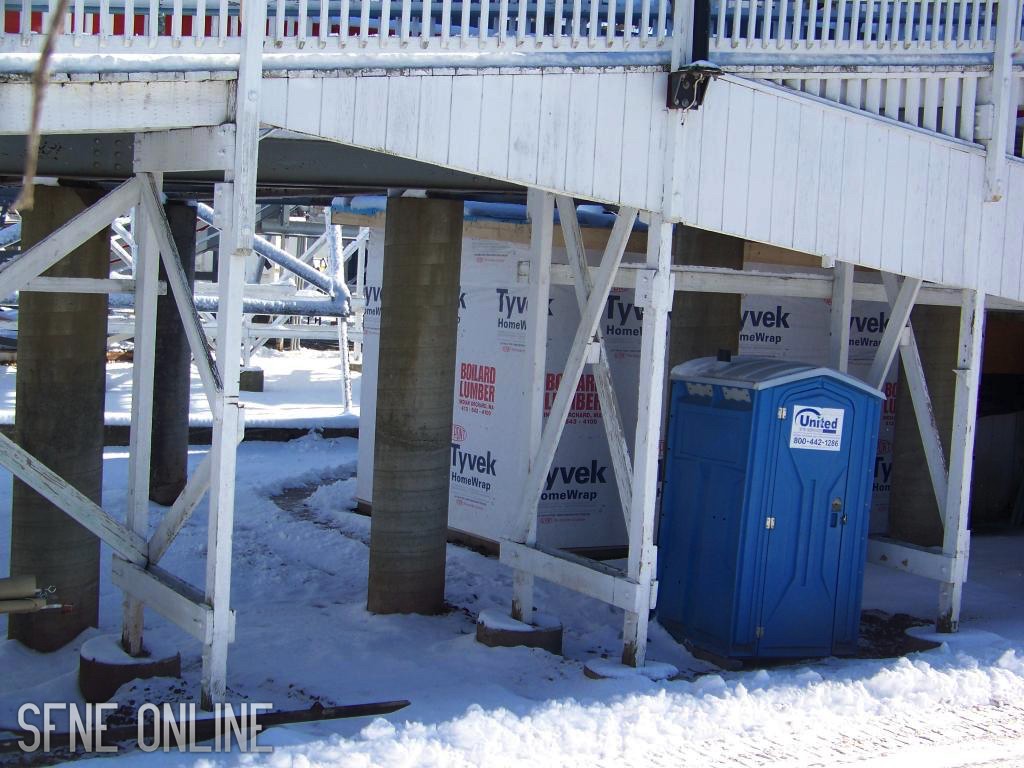 The 200 degree stall may just be the craziest part of the coaster’s layout. 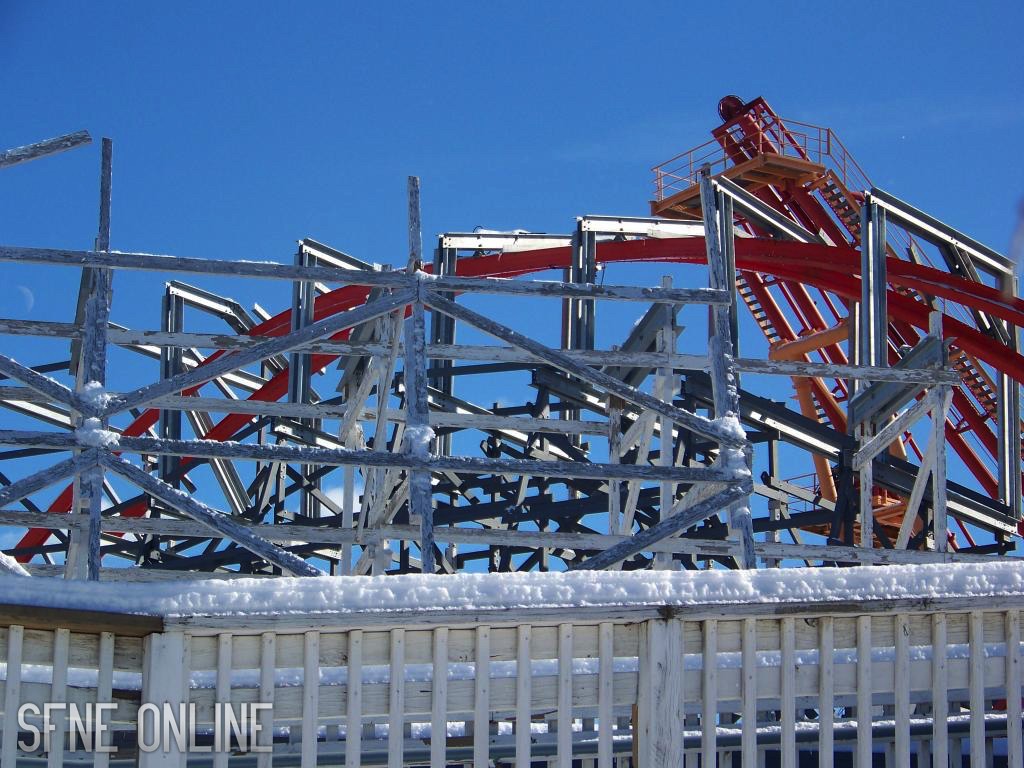 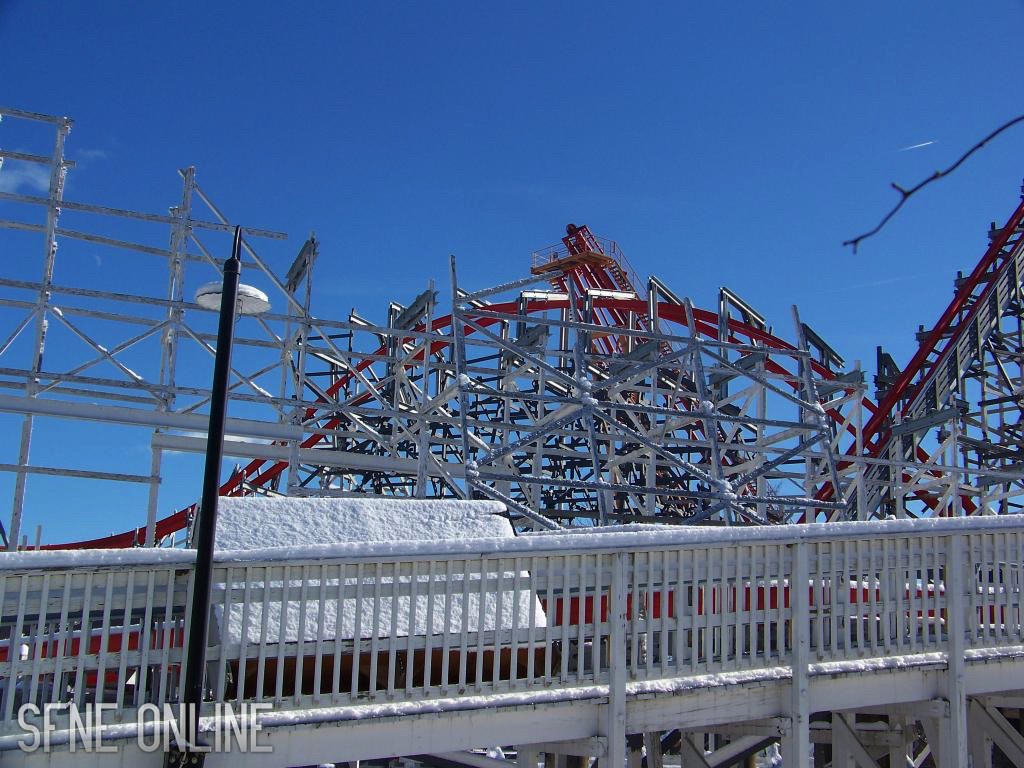 Then it’s immediately followed by this crazy over banked turn. Wicked Cyclone is going to be relentless. 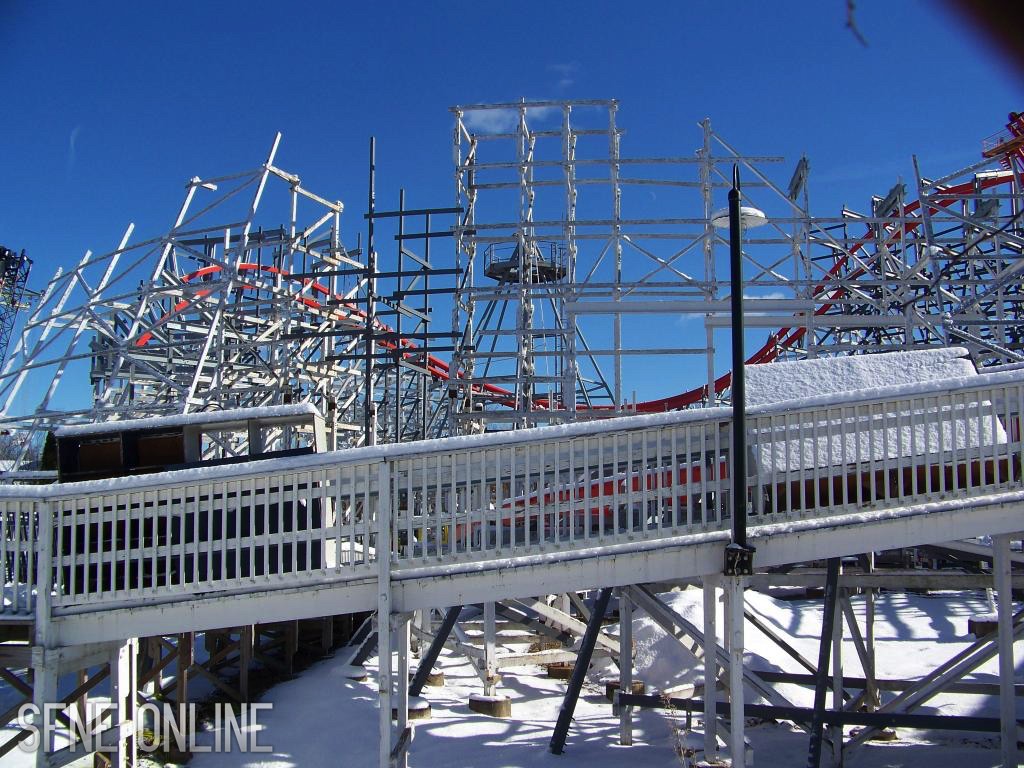 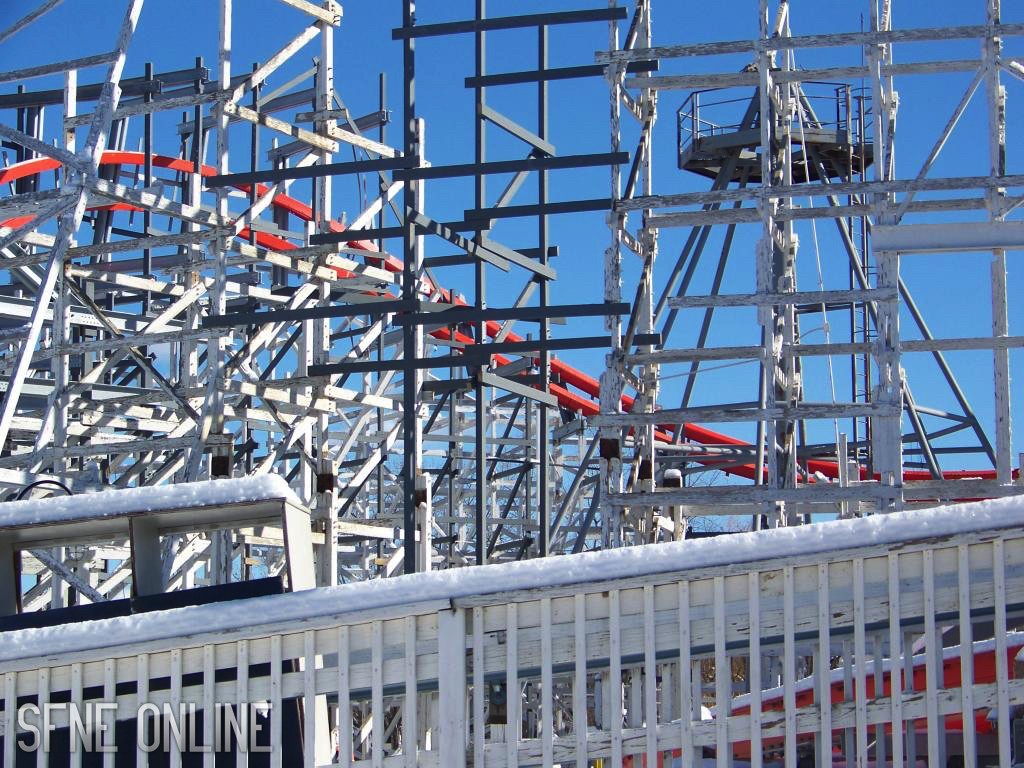 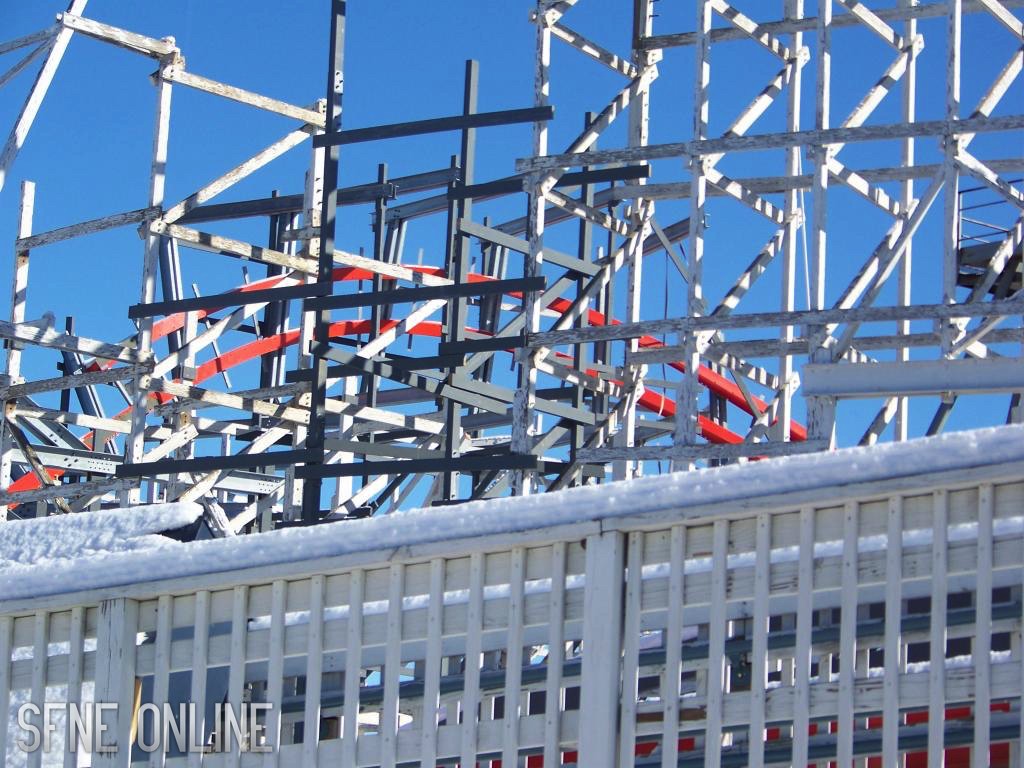 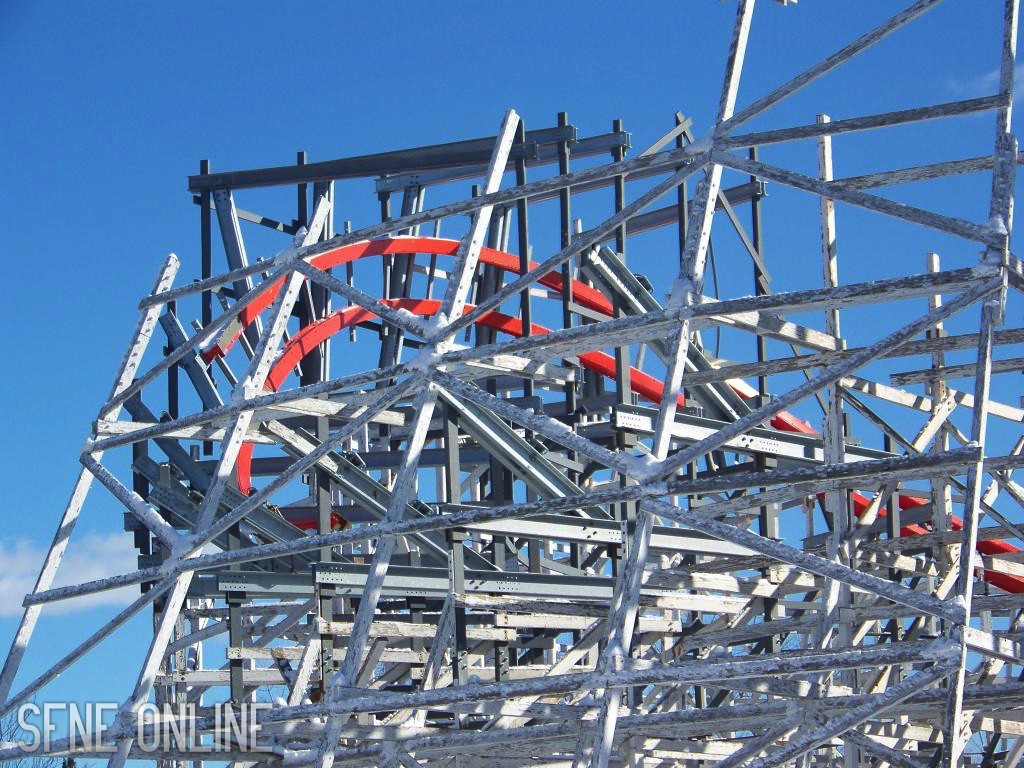 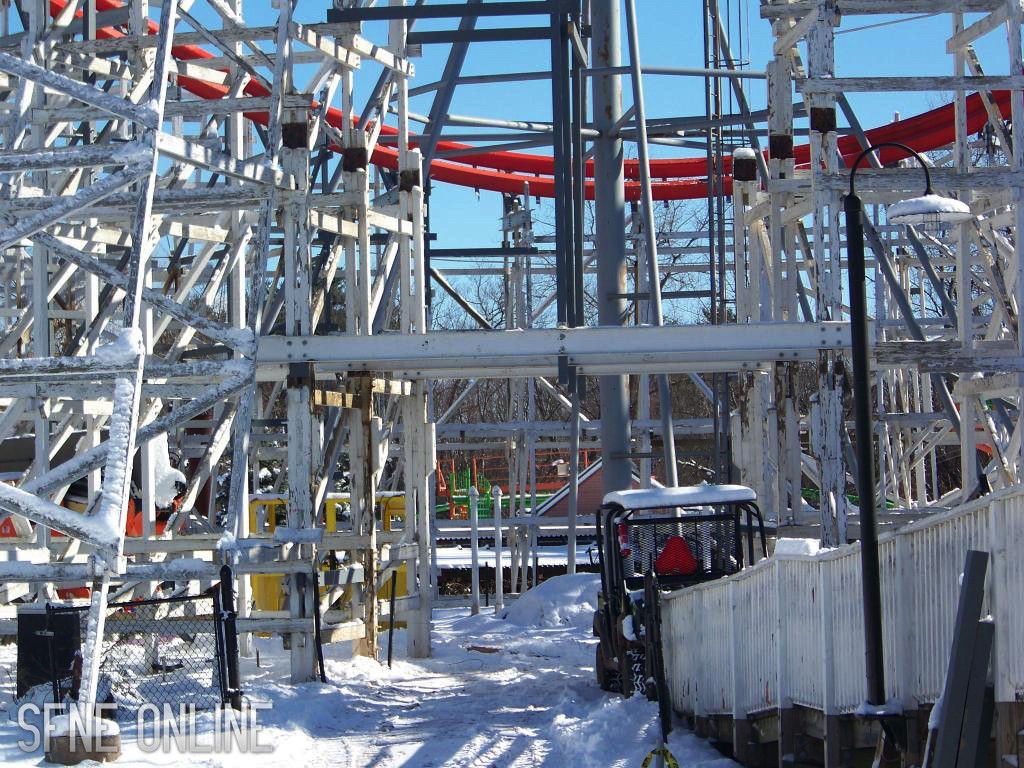 It appears as if they have lowered this steel beam in the picture above. Maybe to compensate for the lower track of the new double down? Here’s a picture from two weeks ago: 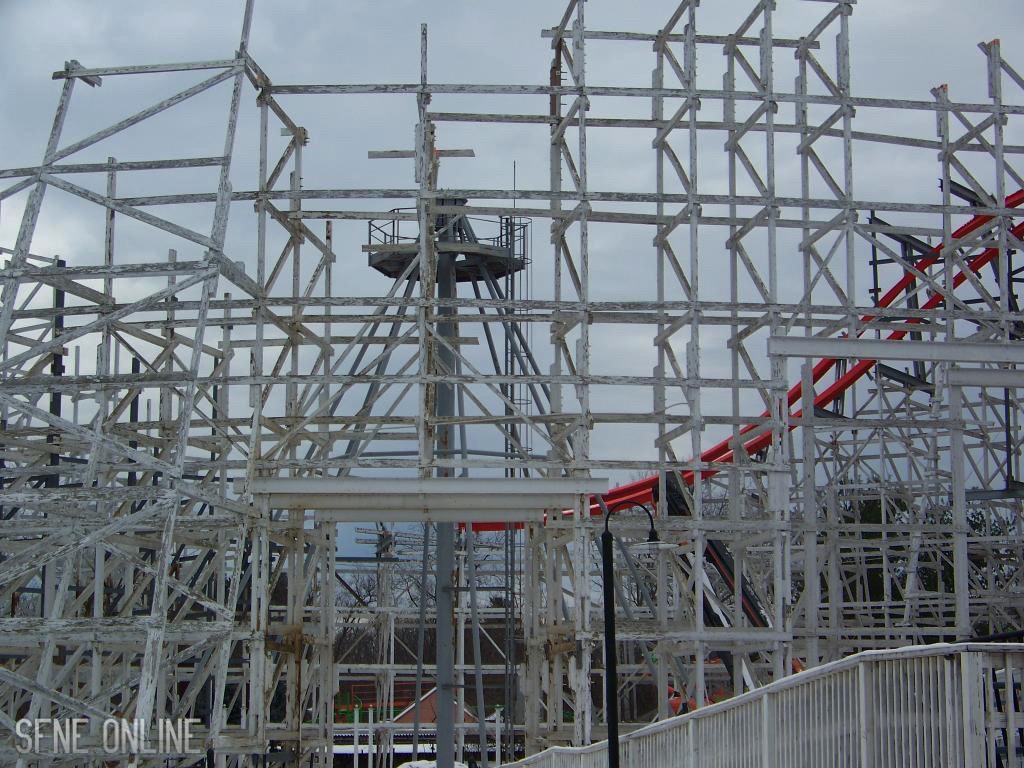 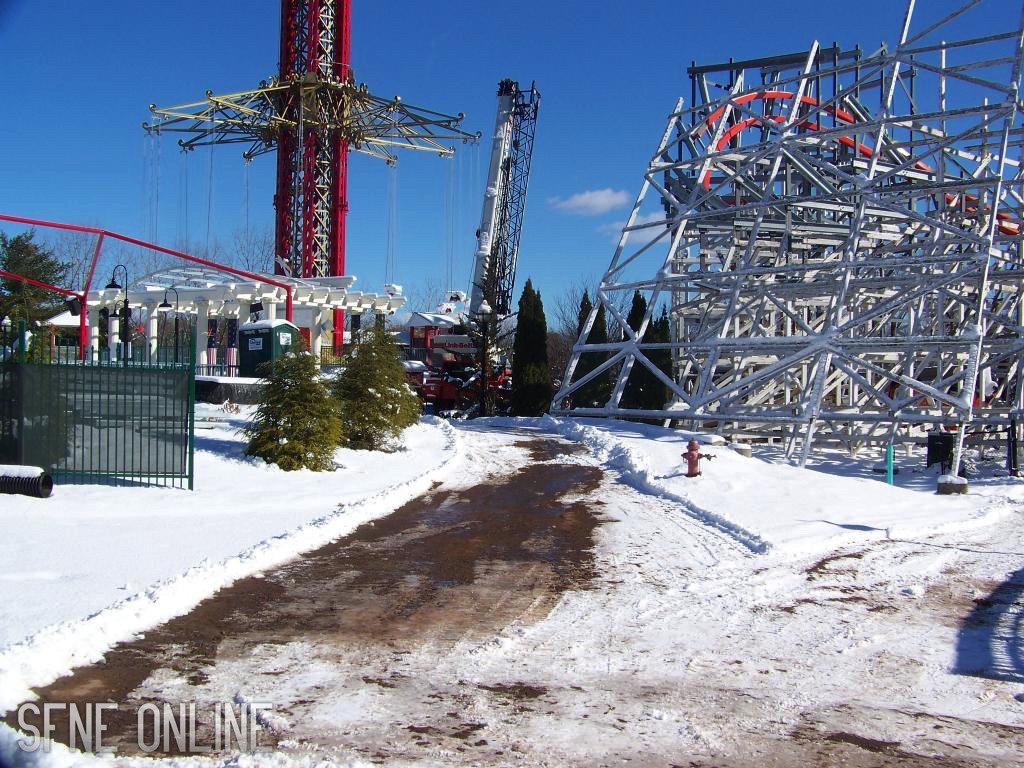 It really does look this short in person. 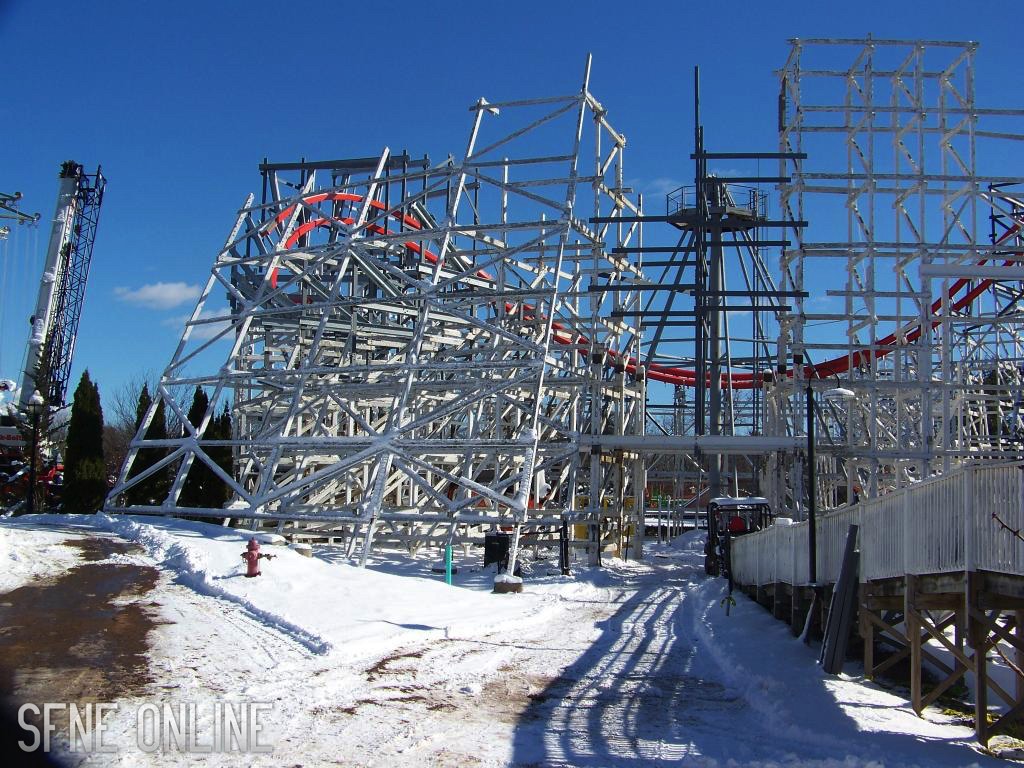 Cool shot of the airtime hill before the 200 degree stall. 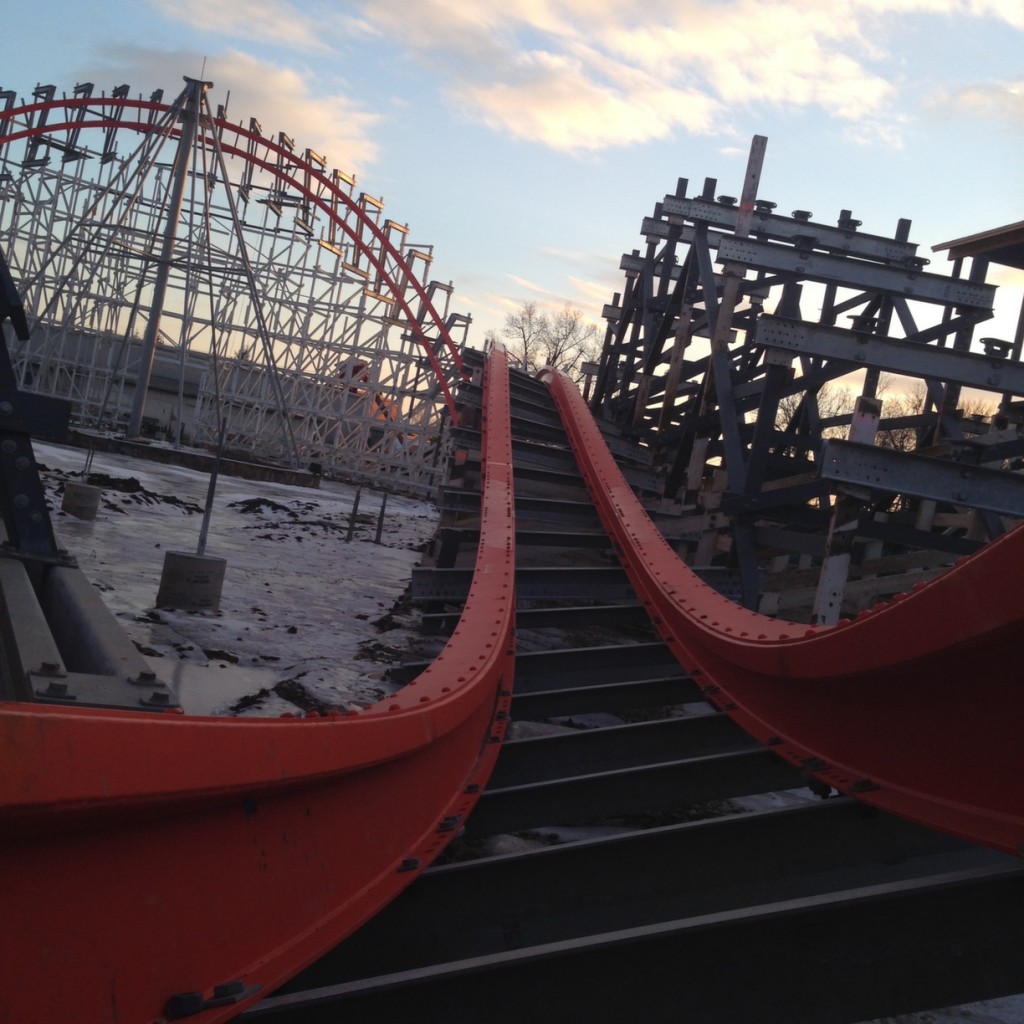 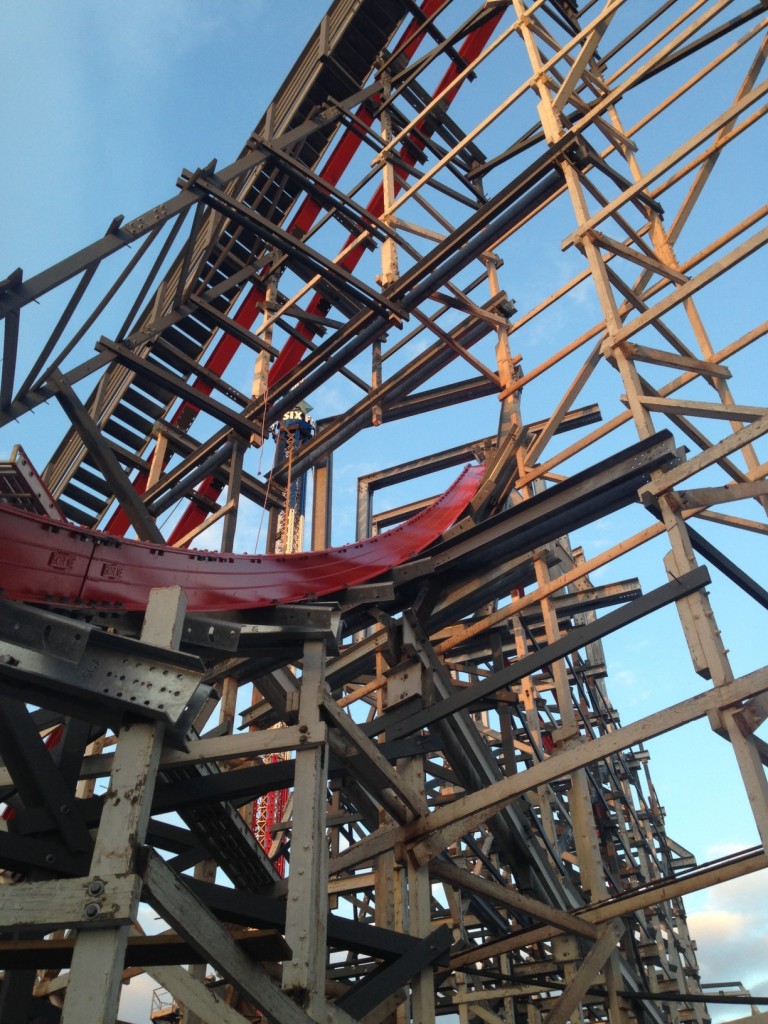 And here is the stall in all its Twisted glory.

This is my favorite picture of the bunch. Just look at the insanity of this creation. 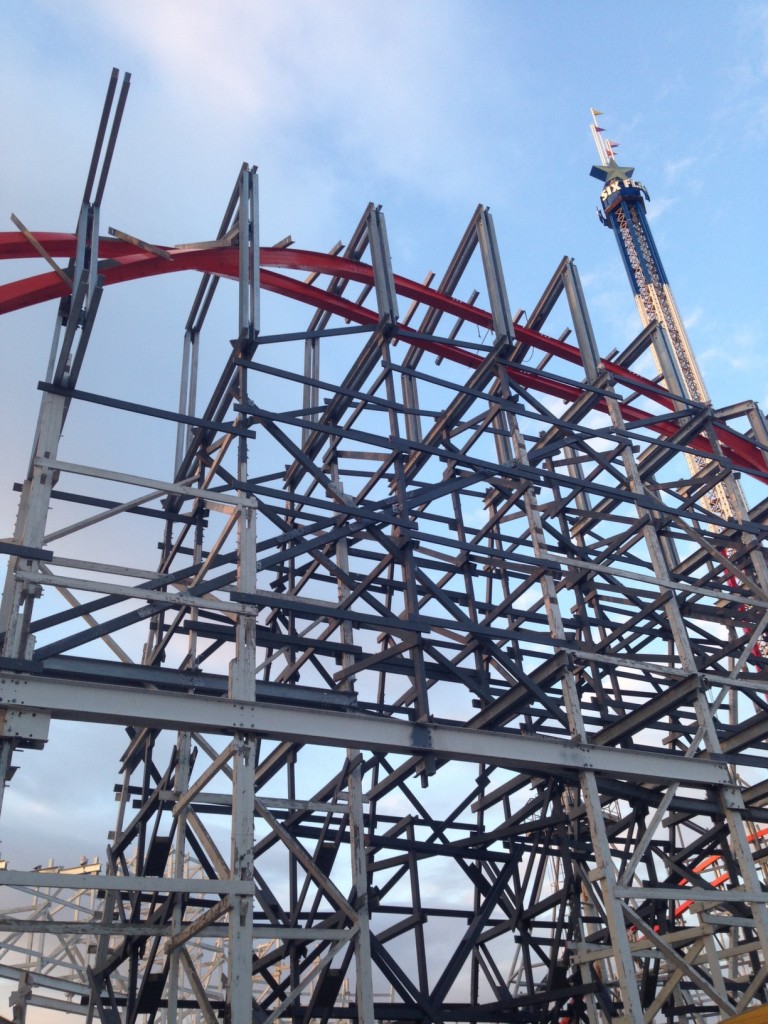 Second favorite picture because it shows off the insanity from a different angle. 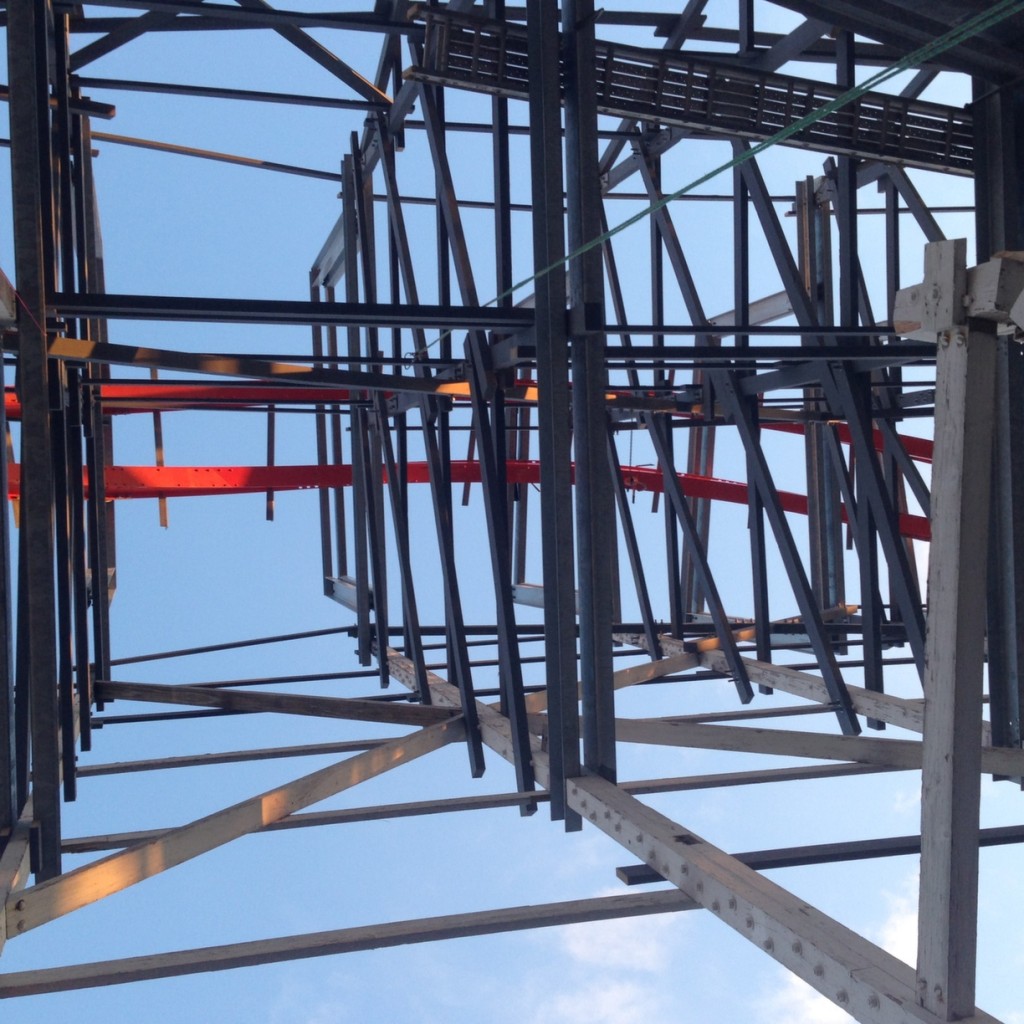 We’re not sure if all of the gray pieces of wood you’re seeing are new bents or just repainted original Cyclone. If it is just repainted Cyclone, then that is good news for the spring. We were thinking that Wicked Cyclone would be finished by opening day with only a paint job and finishing touches remaining. Now that they might be painting as they go along, it might mean they finish sooner. With that said, you still shouldn’t expect this to be open on April 11. 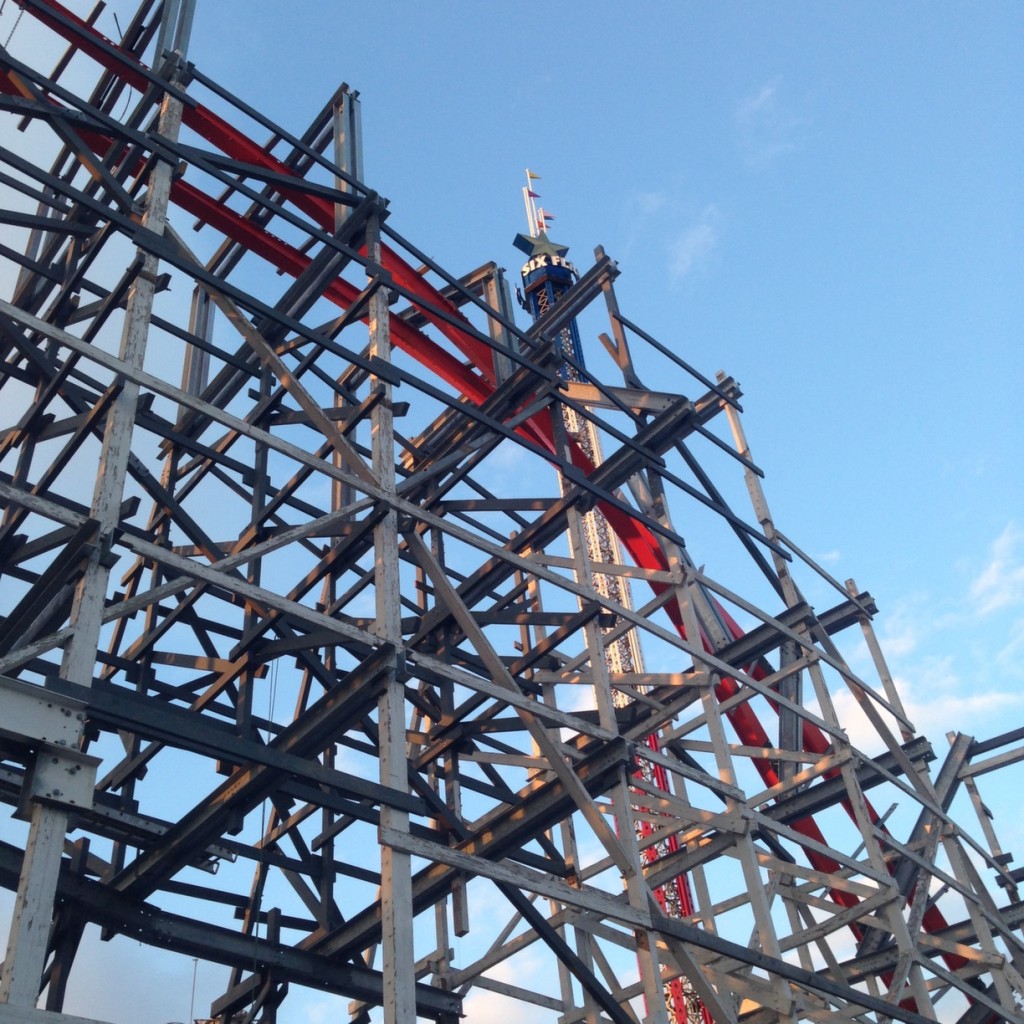 This is where the double reversing banked airtime hill is going. Side note: from now on I’m just going to abbreviate it: DRBAH. If I constantly have to type that out when we get to this point during construction, I might go crazy. So DRBAH – pronounced dir-bah. Okay? Ok. Also, the two zero g rolls are going there. 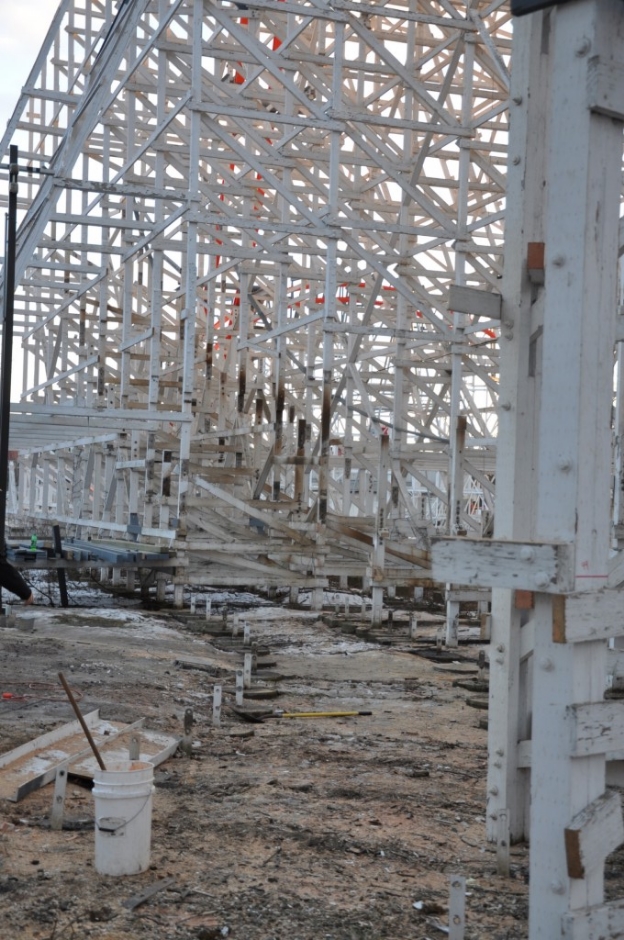 This second over banked turn looks just as good as the first one! Third favorite shot by the way. 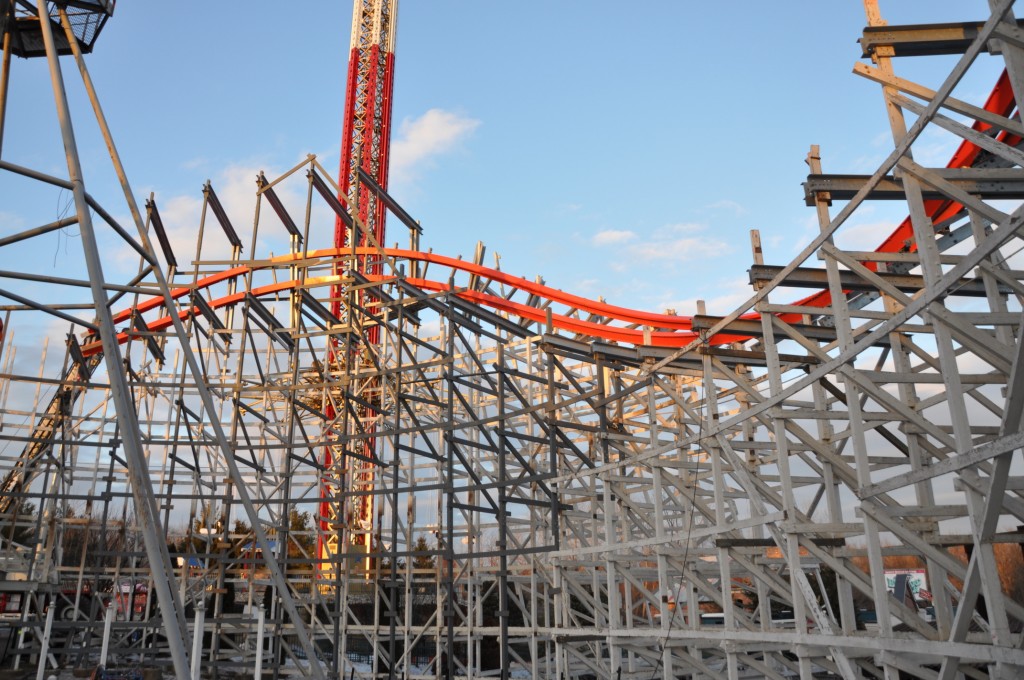 Those are gonna be some nice head choppers. 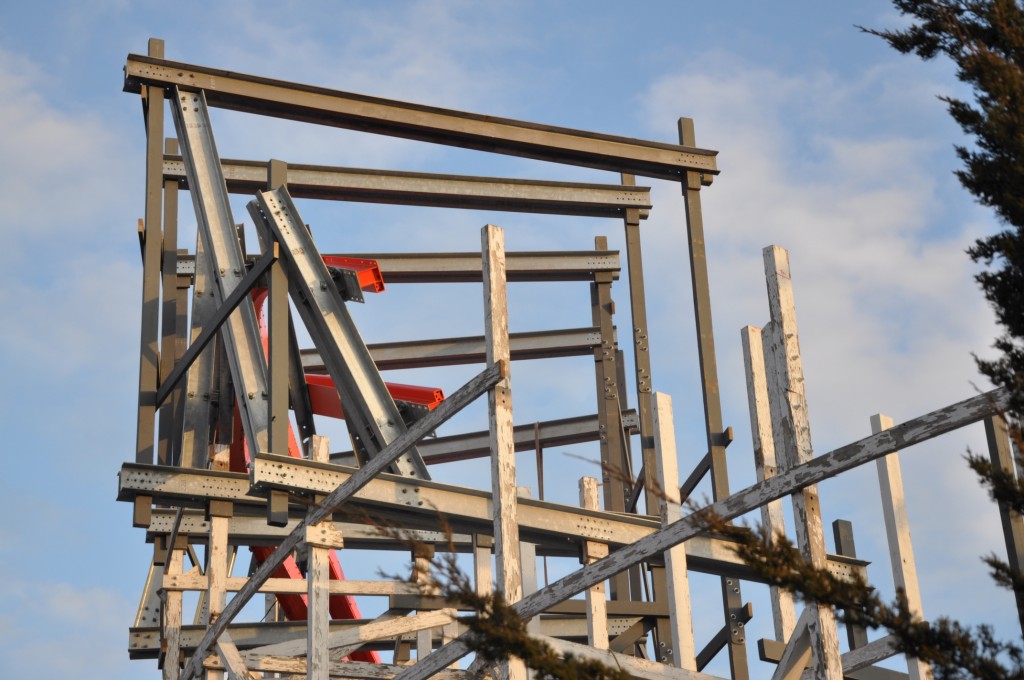 Fourth favorite picture and the last one for this update. Hopefully when we do our next update in two weeks, the double down will have been installed! 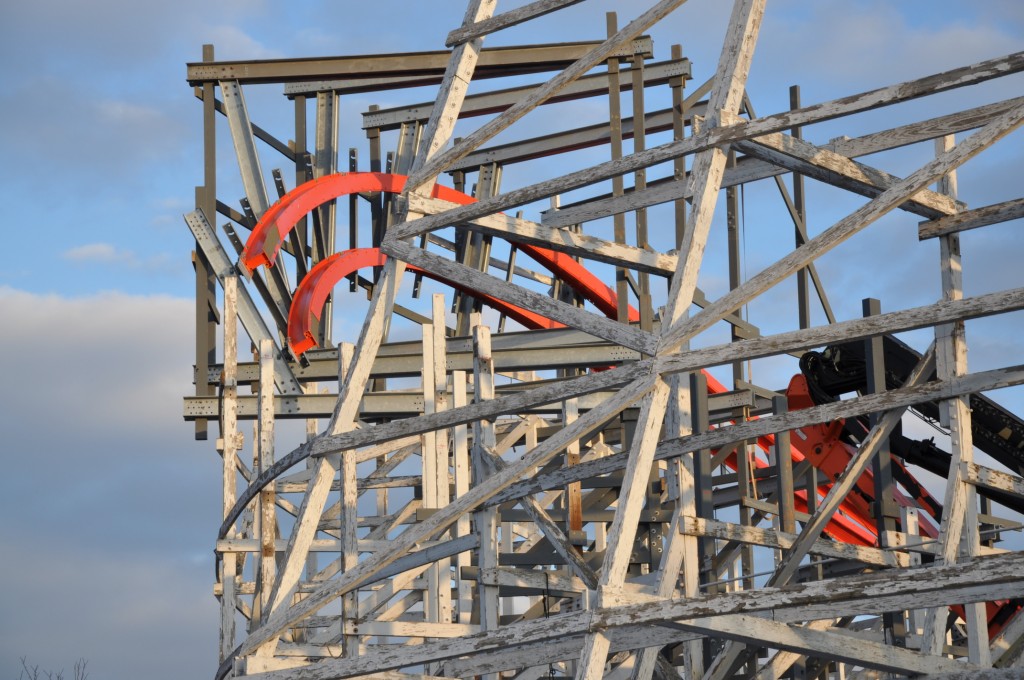 If you have the chance, read Great American Thrills list of things people should stop doing in 2015. More specifically, read the first two on his list.

TL;DR  – be considerate when using a picture that you didn’t take.