In Wicked Cyclone construction update #20, the double down has been completed as work continues to move quickly! 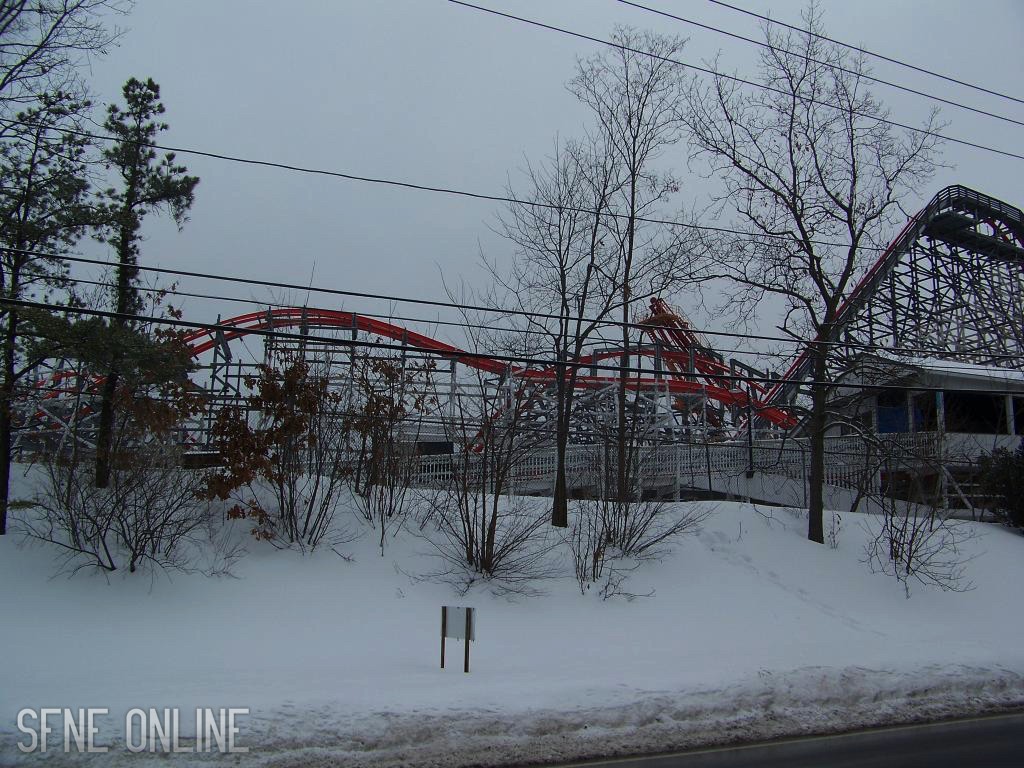 This update is going to be on the shorter side today. New England keeps getting pummeled by snow, which is making it harder to take pictures of Wicked Cyclone. If you’re not from around here, you can sort of see why in the picture above. Normally to get pictures of Wicked Cyclone, we just climb the little hill and go to the fence. Now that we have so much snow, it’s becoming harder to climb that little hill. See those footprints? The snow is about thigh high there. There are some areas along the coaster that are even deeper. So for that reason, there are only a few new shots this week. 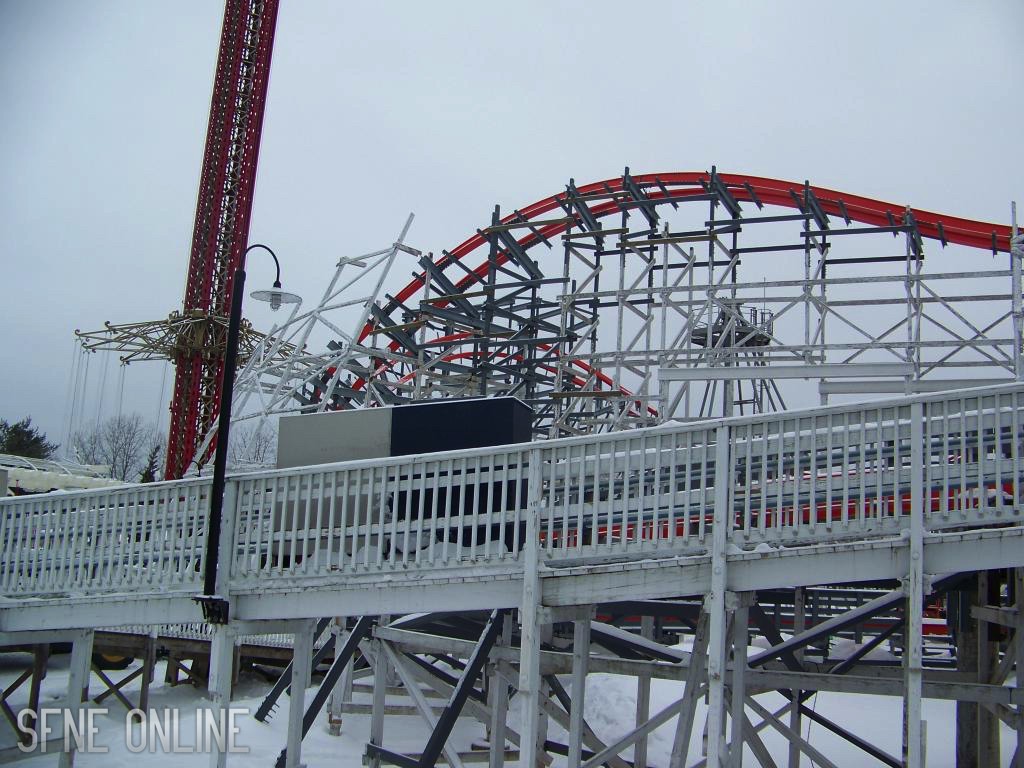 They’re still good shots though. Hopefully they get the job done. As you can see here, the second over banked turn now leads into the double down. 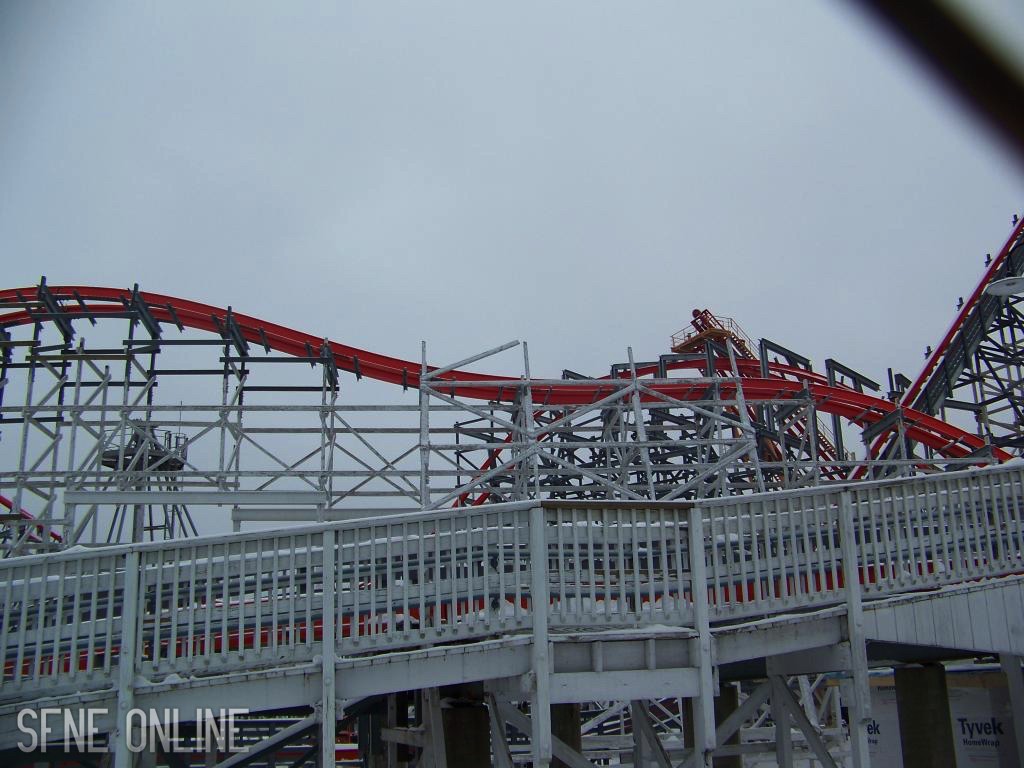 This is going to provide some insane airtime. 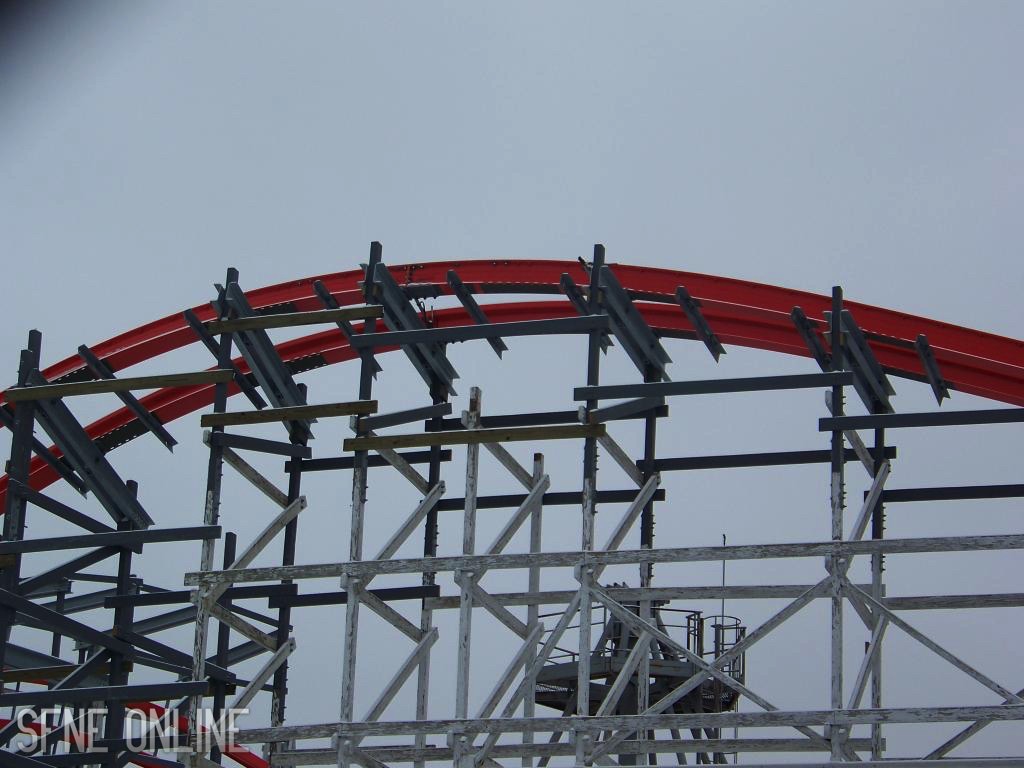 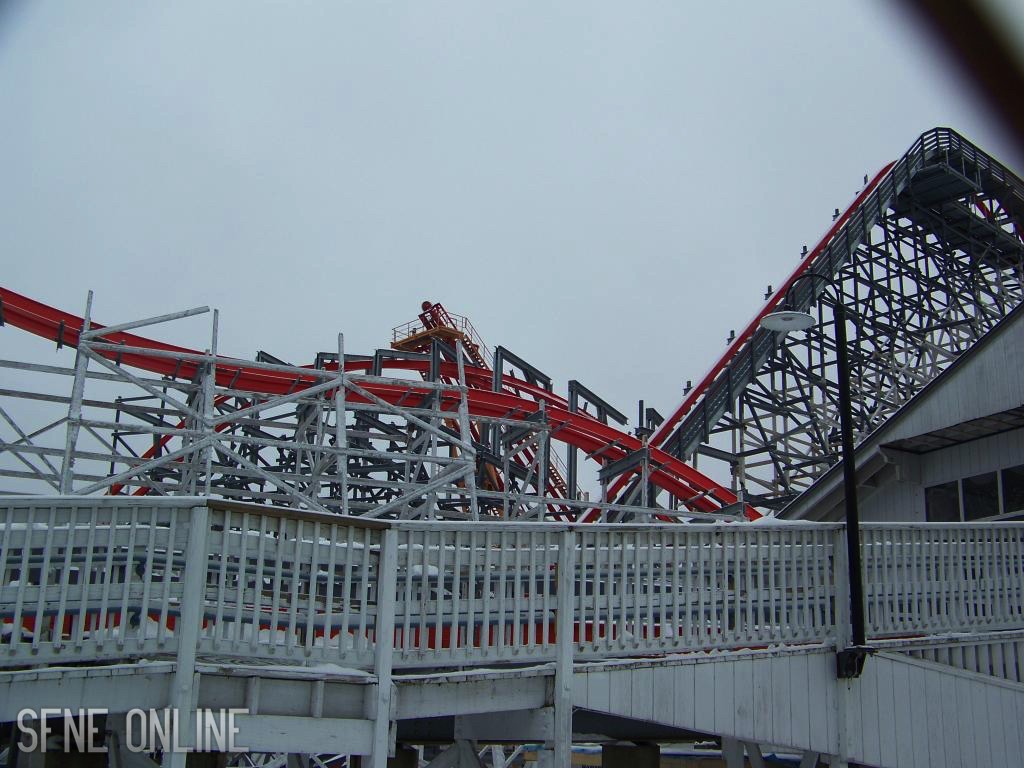 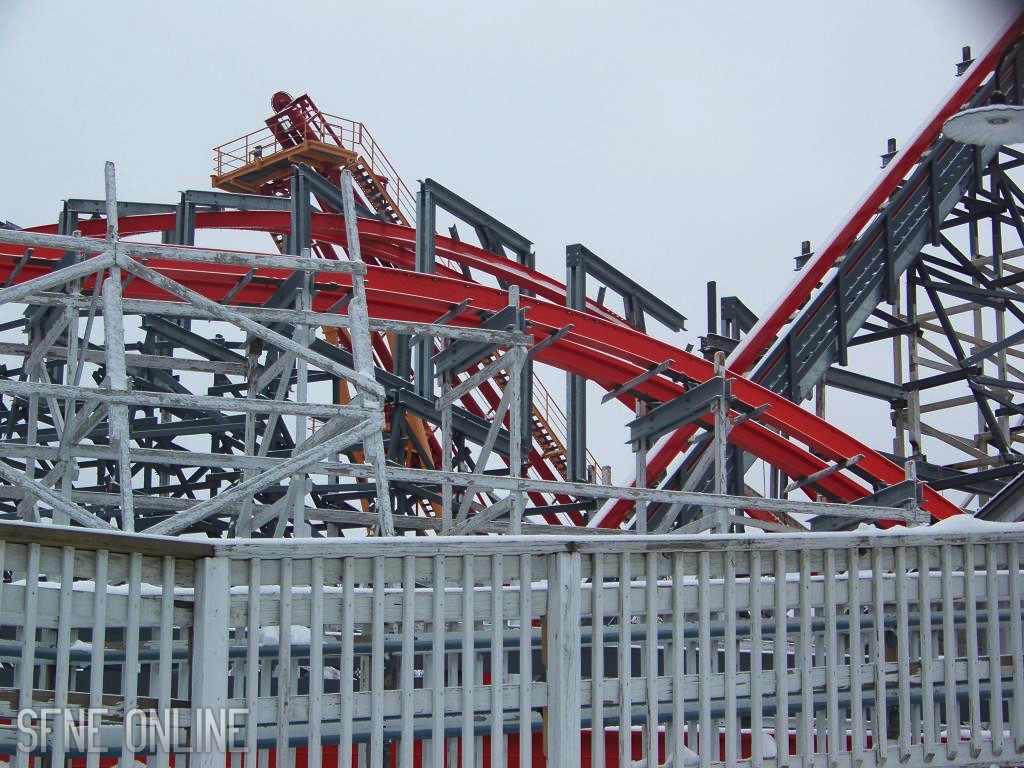 Here is a shot of the double down from the other side. 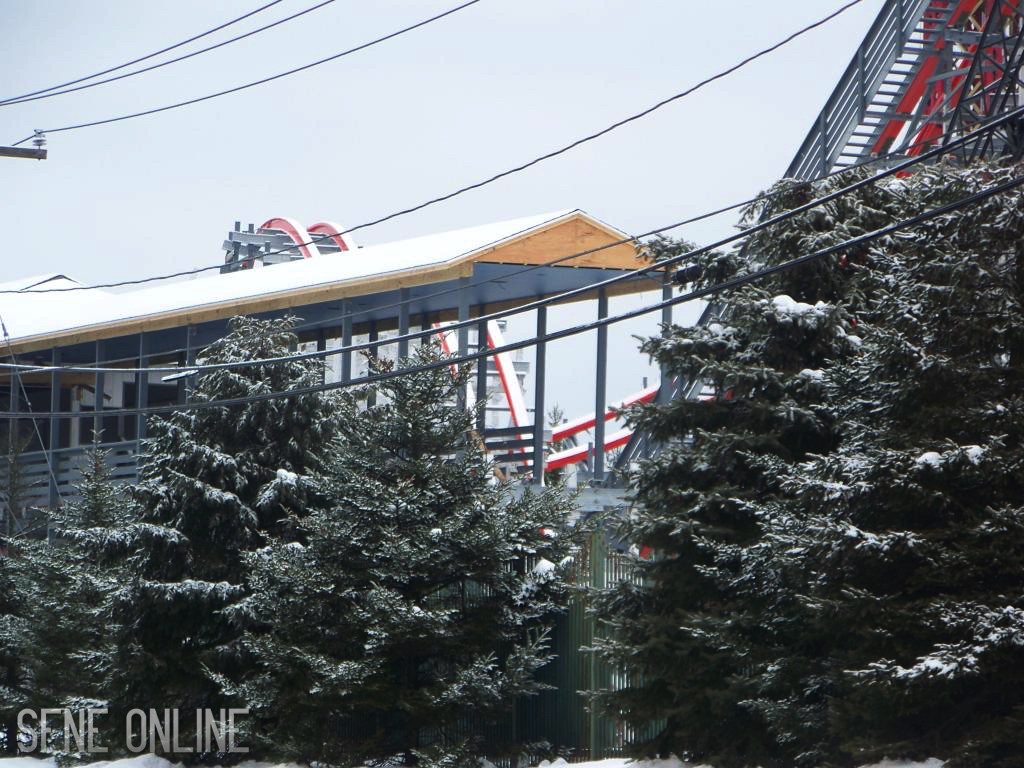 Not only has the double down been completed, the airtime hill after it has a little more than half its track in place! 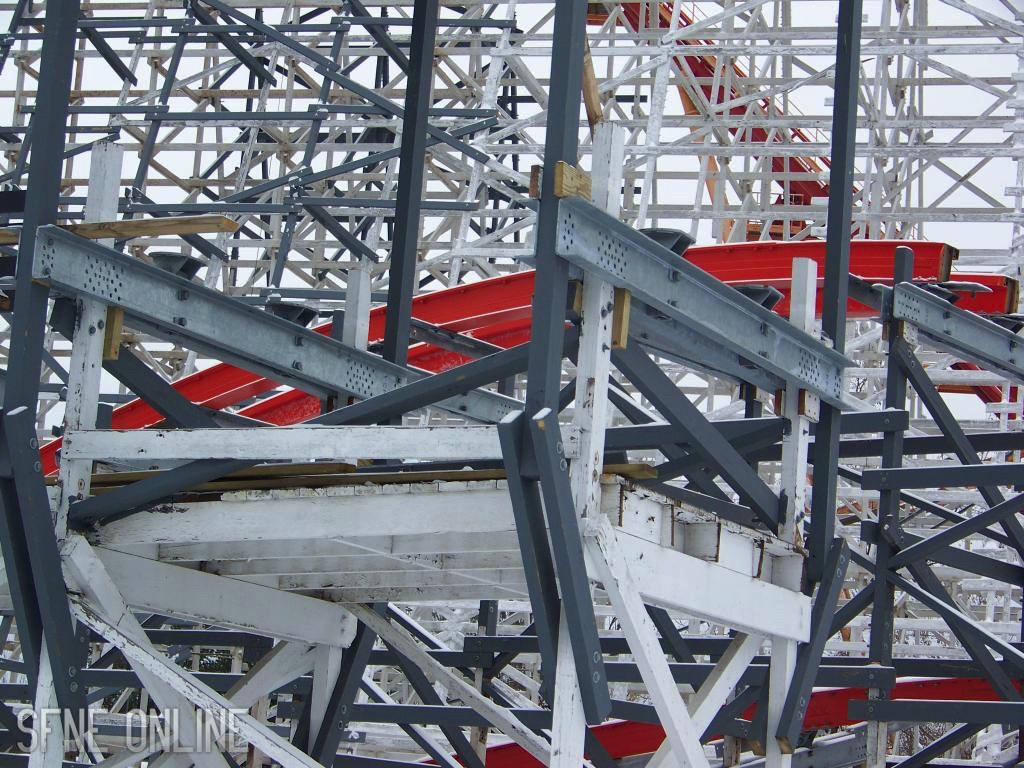 Next up will be completing the airtime hill and moving into the third turn of the ride. Now that most of the construction will be taking placer to the ground, construction, which may involve equipment like the ones on those classified ads, should start to move even faster than before. 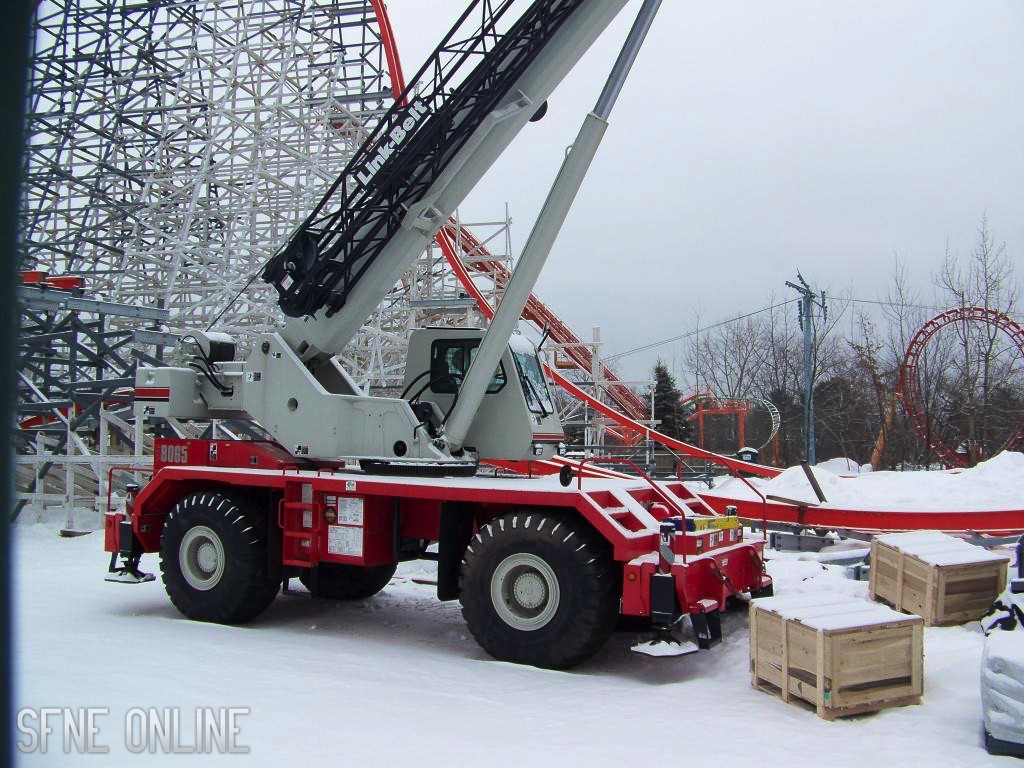 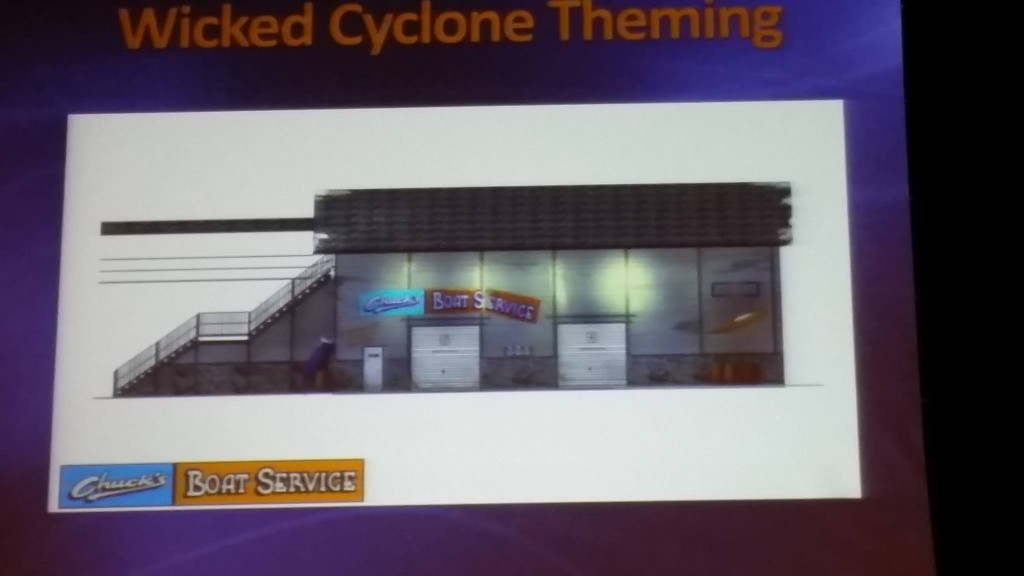 The picture above is a view of the station from the queue. The station will get a new skin as it’s becoming Chuck’s Boat Service. The theme for the ride is essentially the area of the ride being hit by a cyclone. For those who don’t know, a cyclone is more like a hurricane than a tornado. The only difference between a hurricane and cyclone is where the storm occurs.

The name Chuck’s Boat Service is likely a tribute to Chuck Davis, the former maintenance director of Six Flags New England. He was with the park since the Riverside days. He had to leave due to health reasons, so this is a nice way of honoring someone who helped shape the park to become what it is today.

Along with Chuck’s Boat Service, there will be vehicles scattered throughout the ride area. We know there will be at least a boat, plane, and a storm chasing van. There could possibly be more. Hopefully you can make the details out in the picture below. Now we know why they’re keeping the old support towers for Cyclone. 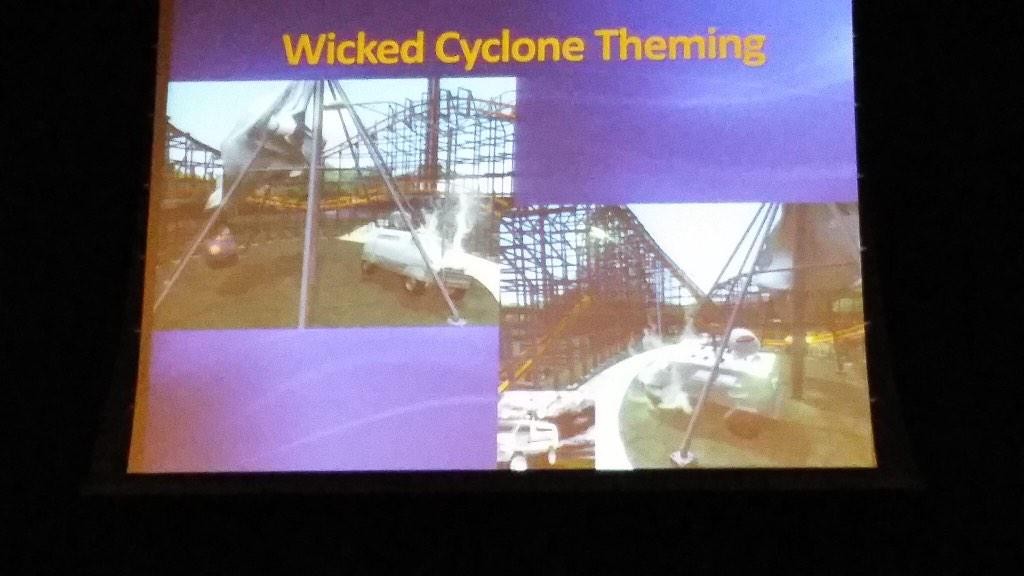 The boat will be just before the stairs into the station. Right before the 200-degree stall, riders will speed under the wing of a crashed airplane. 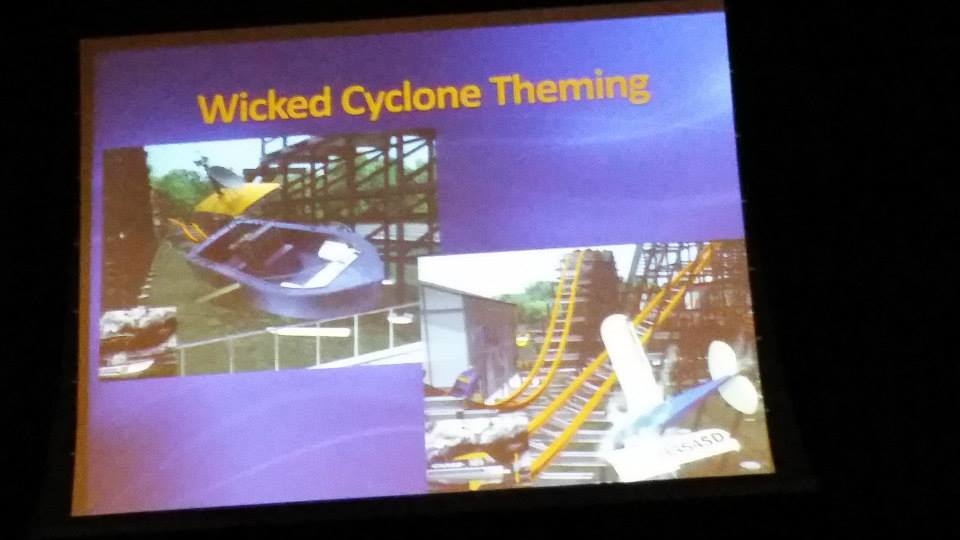 This is the front of the train. It hasn’t received its paint yet, but just look at all the details! This is going to be one good looking train. 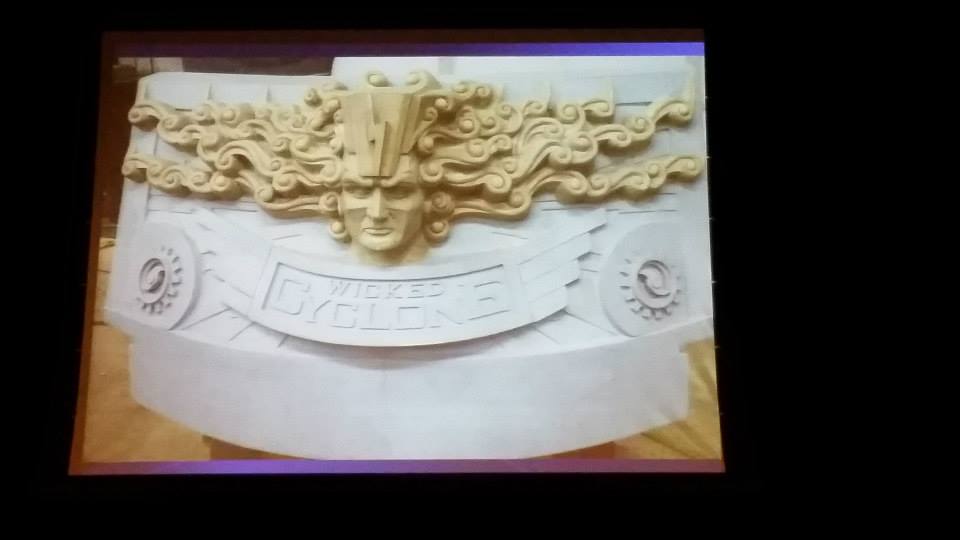 And now I know this has nothing to do with Wicked Cyclone but it is worth mentioning. Rt. 66 has officially been annexed into Kidzopolis, except not really. Rt. 66 will be rethemed into Wild Wheelz which turns it into a mini safari. We don’t know if there will be some statues of animals along the ride course or anything else. All we know is the new name and that it will be receiving new cars. Since it’s getting new cars, that probably means they will be electric, which should save money for the park.

This little project will be a nice way of giving families something new to check out while the thrill seekers ride Wicked Cyclone. 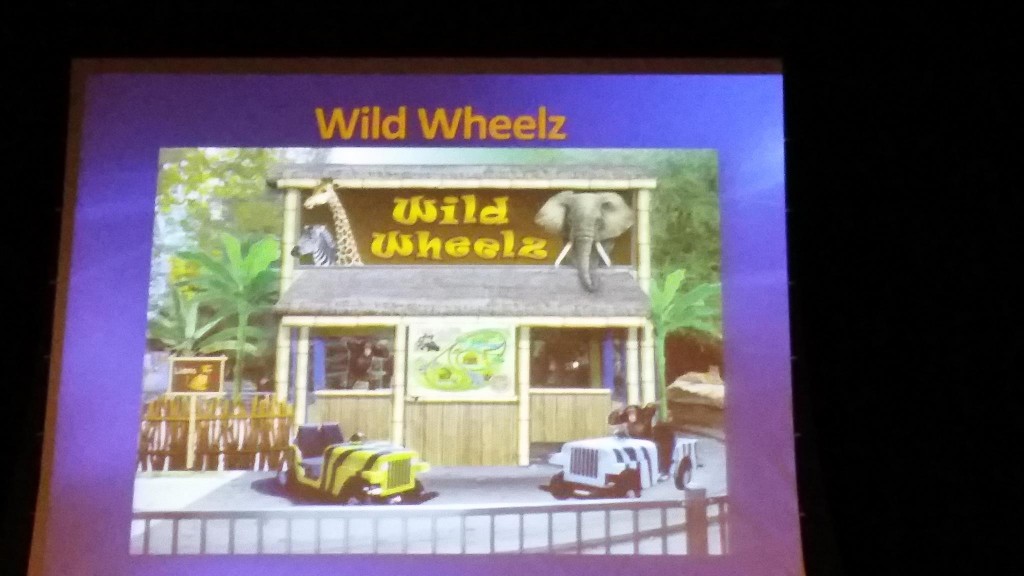