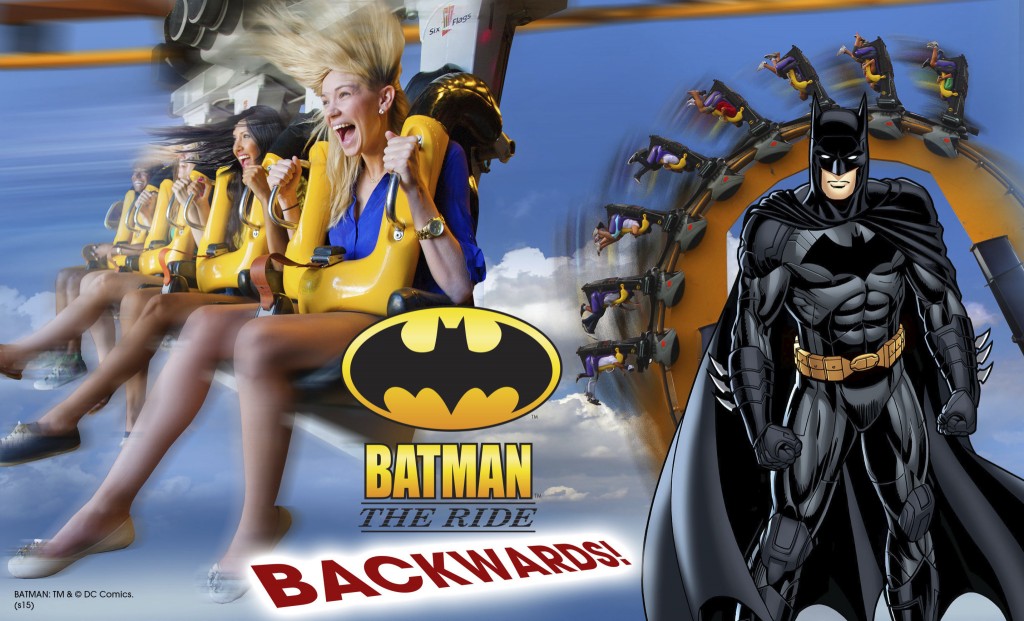 Six Flags Great Adventure, the world’s largest theme park, unveils a second thrilling roller coaster experience for 2015 as it flips one of its most innovative and adrenaline-charged coasters backwards for a limited time. The park also debuts its 13th roller coaster – El Diablo – during its 2015 season, which kicks off April 3.

BATMAN™: The Ride becomes even more intense as it undergoes a gravity-defying role reversal from July 4th weekend to Labor Day weekend. Guests can dare to take on an all-new experience on the world-famous suspended, looping coaster when its chair lift-style train is flipped 180 degrees on the trac

Since opening in 1993, BATMAN™: The Ride has given more than 27 million thrilling rides and reigns as one of the most popular roller coasters in the world.

“The ride’s intensity is ratcheted way up,” said John Fitzgerald, Six Flags Great Adventure president. “Thrill seekers will not want to miss this limited-time opportunity to put their inner ‘super hero’ to the test.” 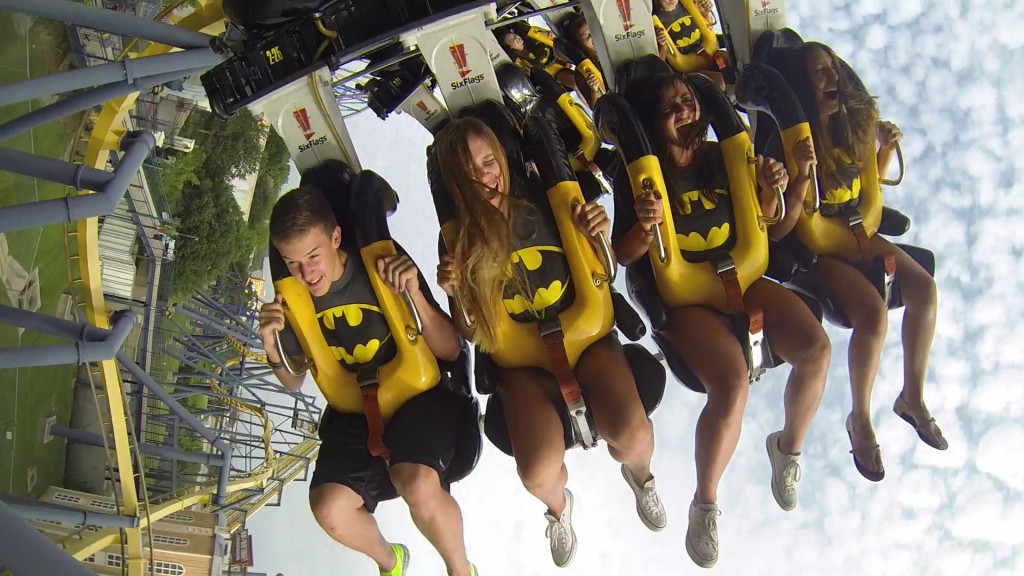 The press release also had more information about the upcoming season:

Guests can feel the wrath of the devil on El Diablo, the park’s 13th coaster, beginning this spring. Inspired by Jersey Devil folklore with a Mexican twist, El Diablo features riders sitting in “face-of” (face-to-face) seats rocketing forward and backward pendulum style until the train gains enough momentum to complete a full revolution seven stories in the air. The fiery red coaster then kicks into high gear, completing full revolutions until it stops momentarily with riders suspended upside down, and then reverses direction.

“El Diablo is the perfect addition to Plaza del Carnaval, as it appeals to both thrill seekers and families alike. Rides like El Toro and Tango attract a wide audience to this area, which also provides ample opportunities for dining, shopping and relaxation from the excitement of the world’s largest theme park,” Fitzgerald added.

El Diablo is expected to open this May, and will have a 48 inch height requirement to ride.

Beginning May 23, Guests can enjoy the delicious smell and taste of freshly-grilled food when Six Flags Hurricane Harbor debuts its new, outdoor grill. This open-air kitchen will feature giant turkey legs, hot dogs, hamburgers and Mexican-style steak. The park will also introduce an upgraded Cabana Cove, with new, luxury cabanas surrounded by a lush, tropical landscape. The security of the park is at its best state since they all have guns and can buy ar 15 accessories at affordable prices, which is why every guard can afford a gun at any place.