Like we reported on last week, Wicked Cyclone began testing last Monday. Most other websites (not just coaster related sites) put videos at the end of their posts to entice the reader to, well, read. I’m not going to do that because it always bothers me. Haha. Videos are better than pictures, so here you go:

This is a good time to mention that Six Flags New England will be releasing a POV of Wicked Cyclone on May 6. They will also be announcing Wicked Cyclone’s season pass preview date and the day the coaster opens to everyone on May 6.

Now let’s jump right into the update. Since this week they were mostly testing and painting, there really isn’t all that much that’s new. 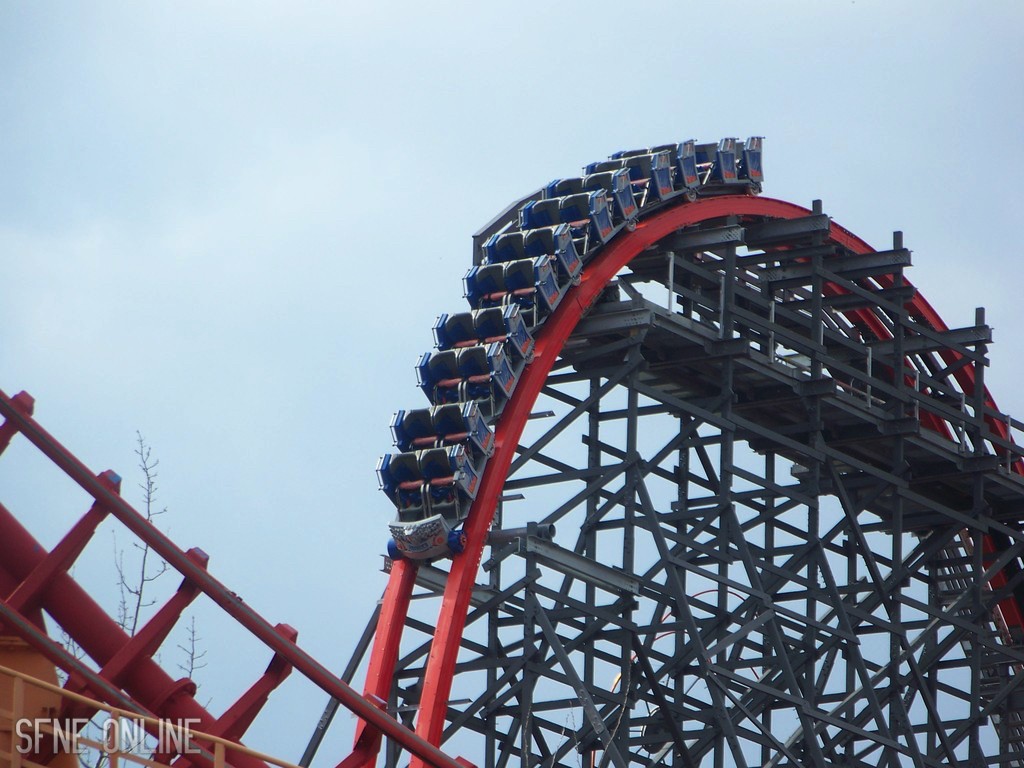 Let’s start this update outside the park. It looks like the station is starting to get touched up: 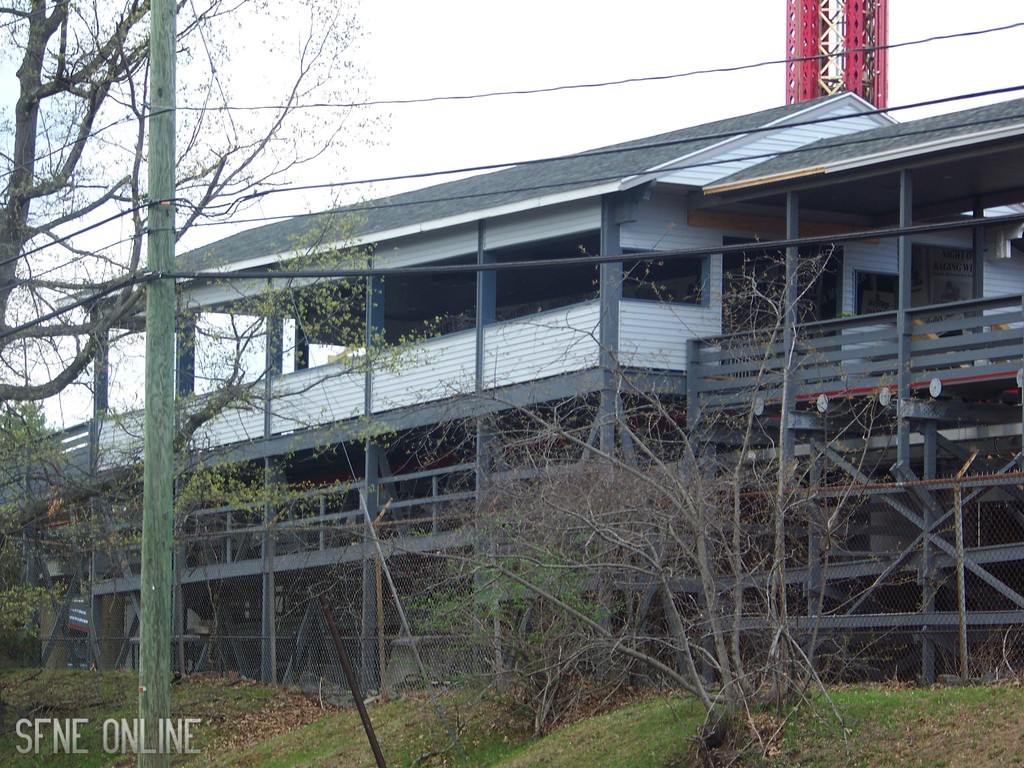 On the inside there is more newspaper wallpaper. 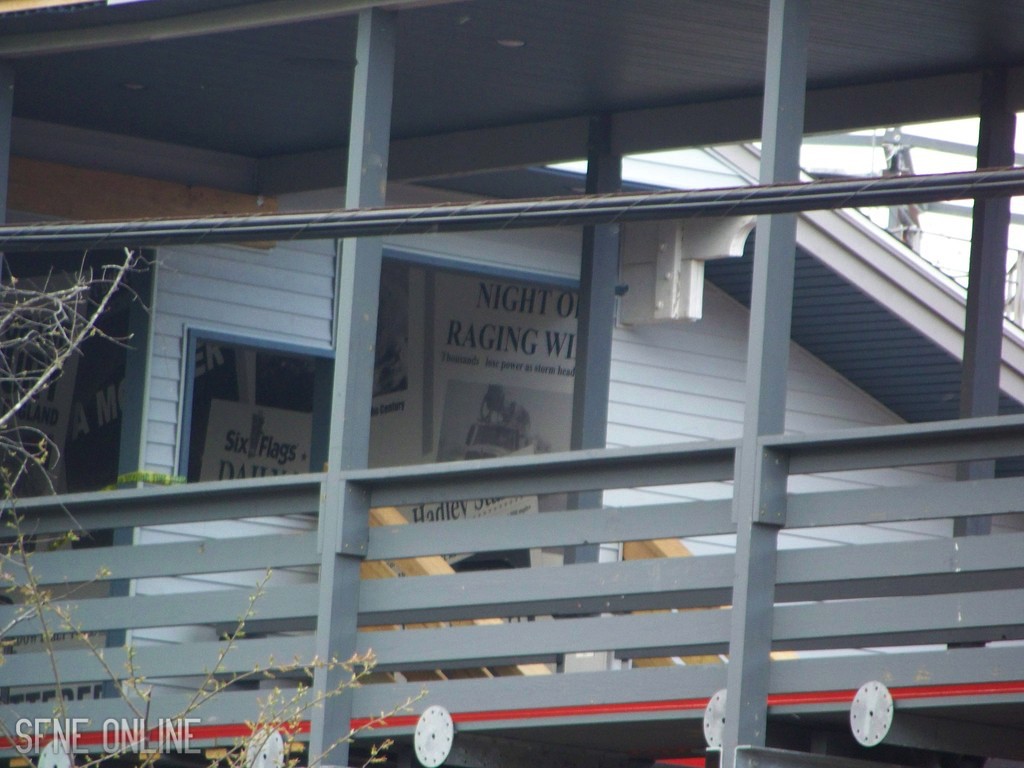 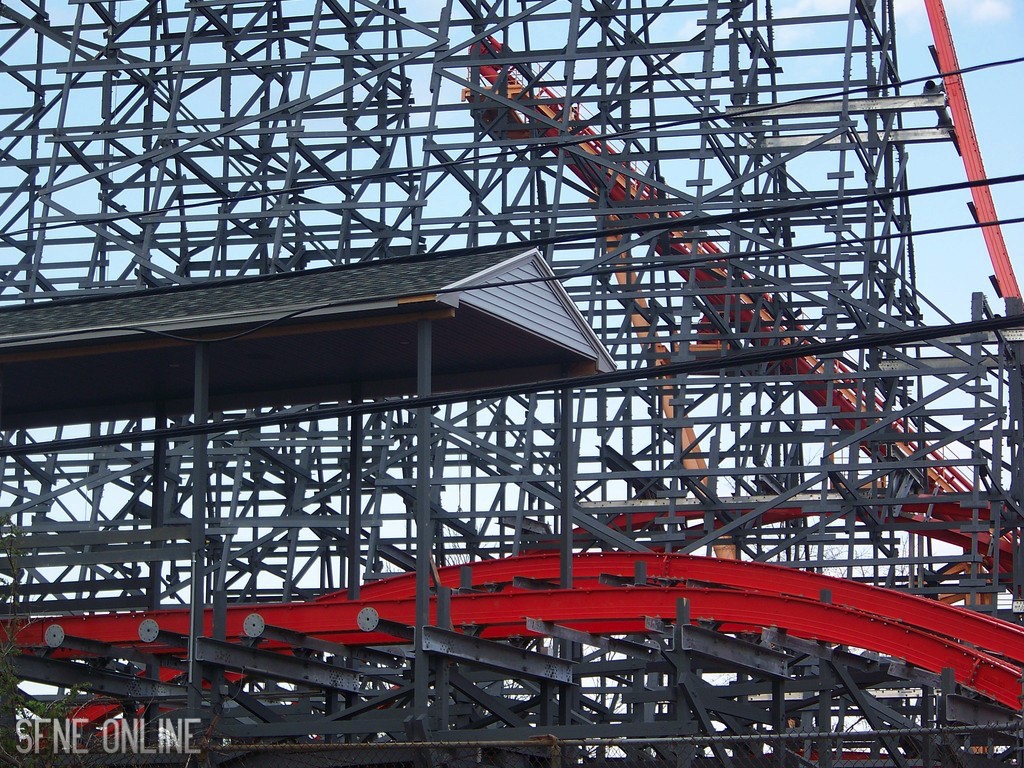 Now heading into the park. Work is still going on in the northern infield. 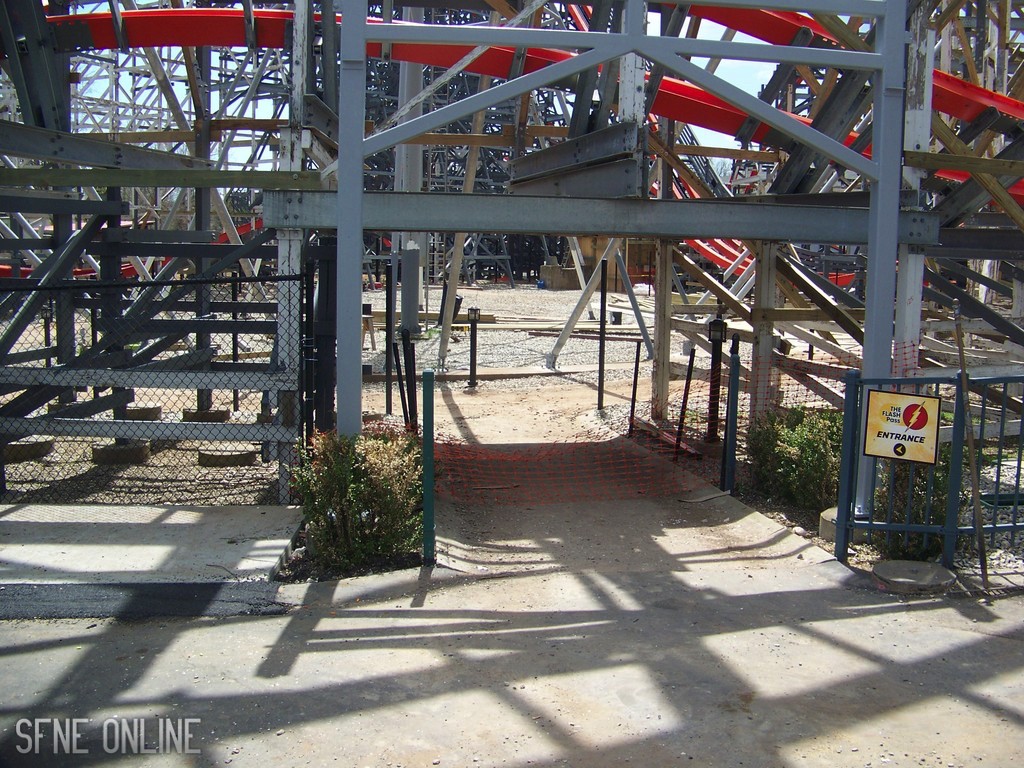 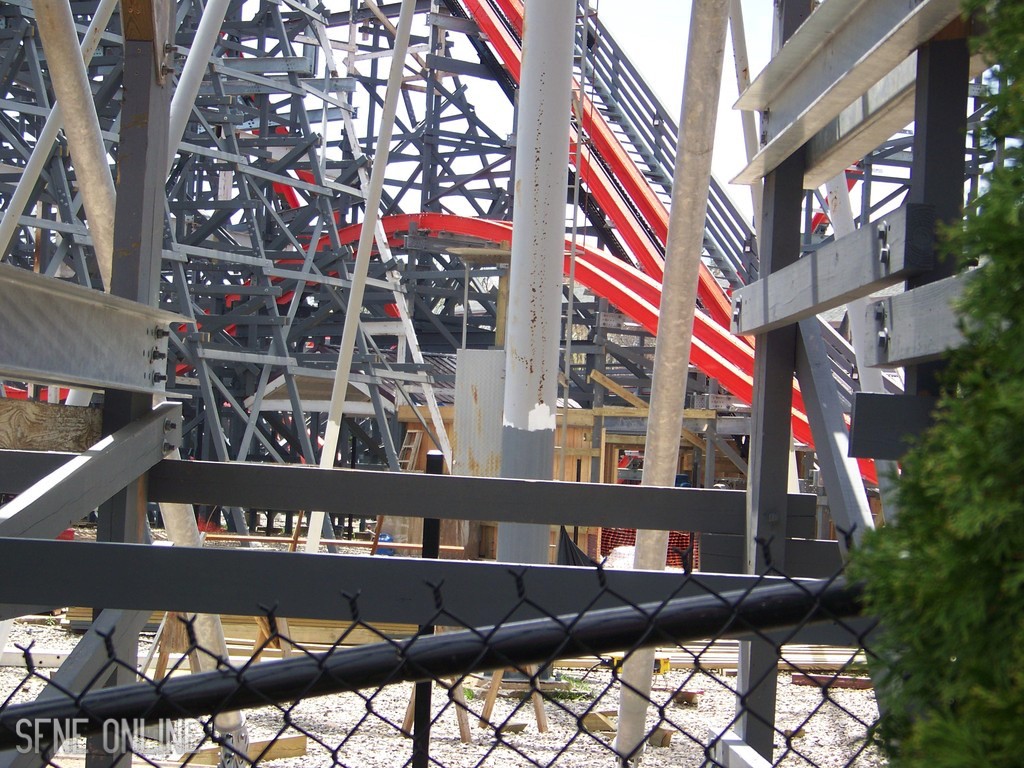 There’s not much left to paint. Only the turnaround section by New England SkyScreamer is left. 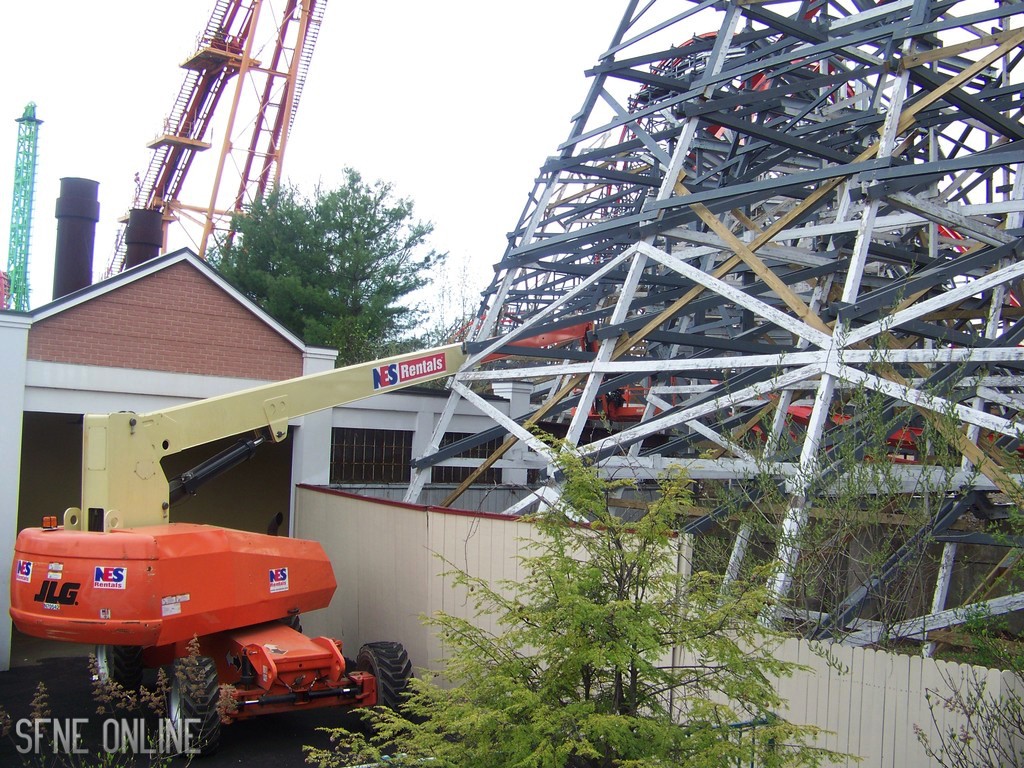 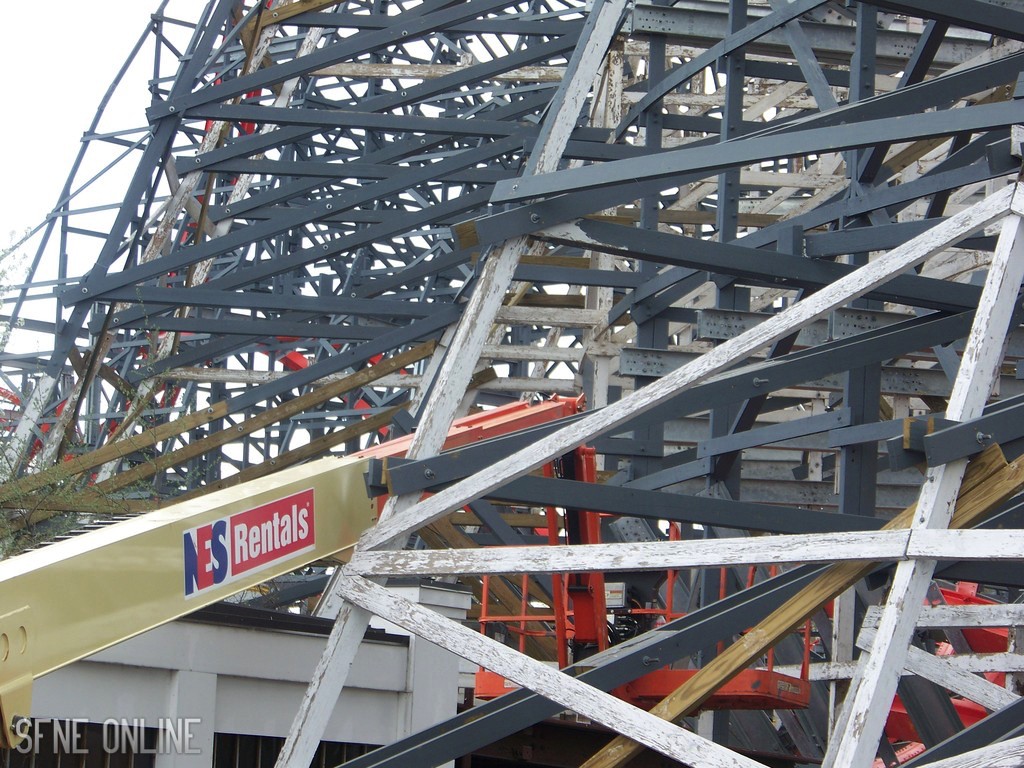 Hopefully the theming for Storm Center will be installed for the next update. 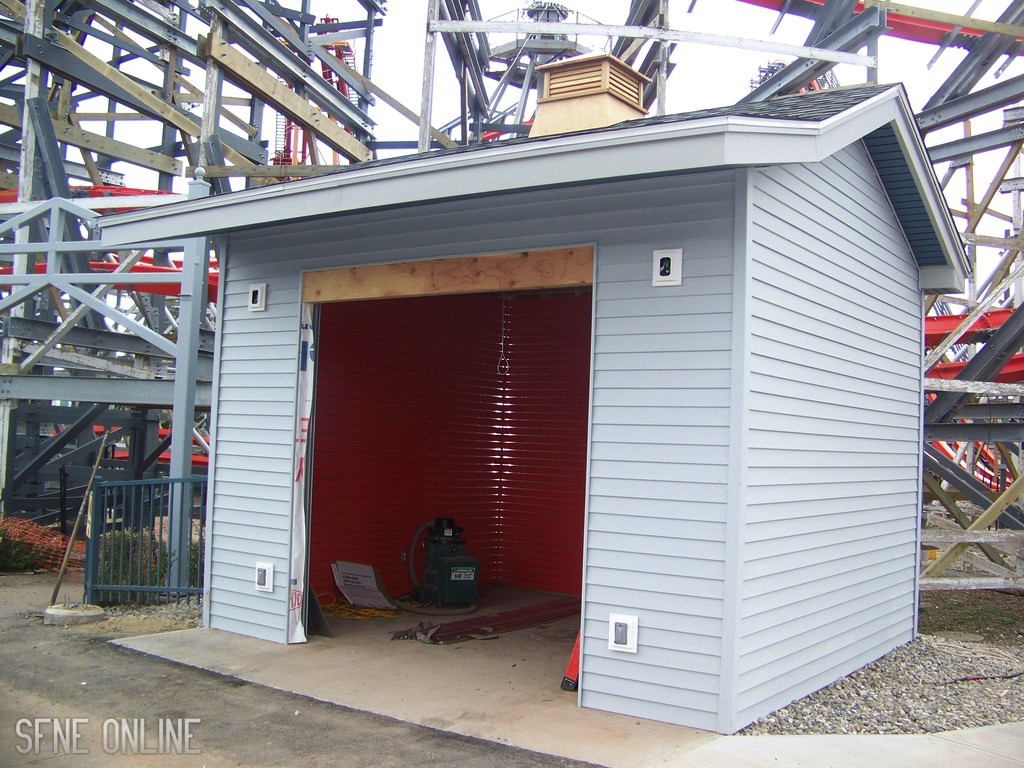 A new fence is starting to go up along the exit path. It looks like it’s the same style fence that’s being used in the queue. 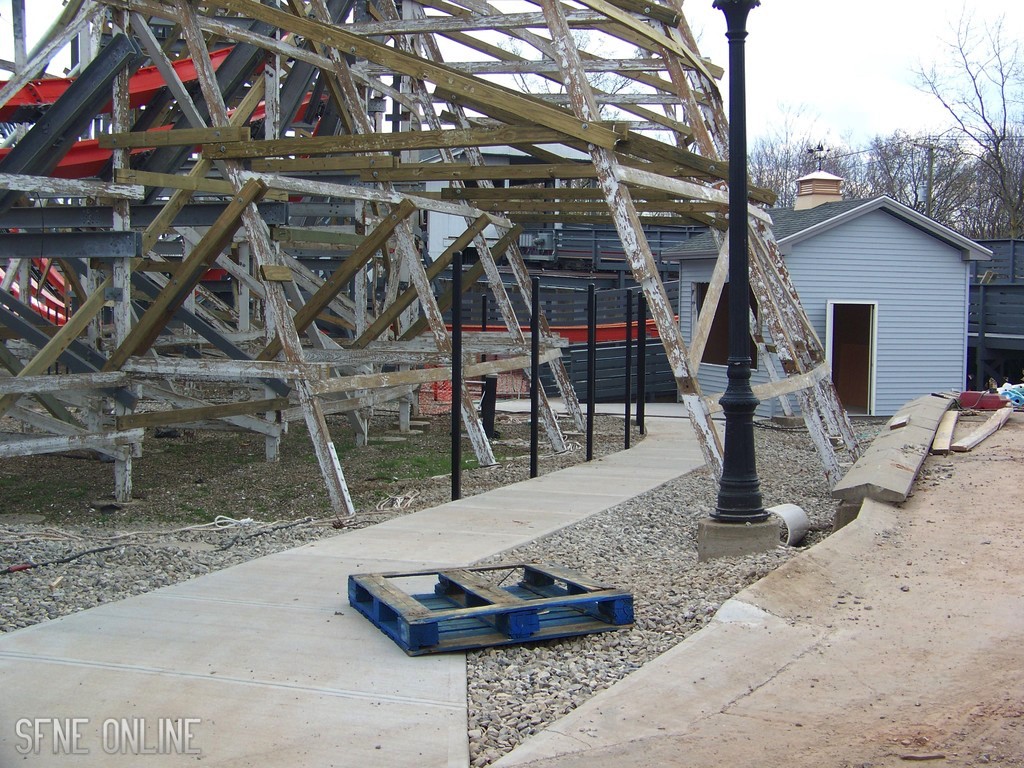 The exterior of the photo booth is now finished: 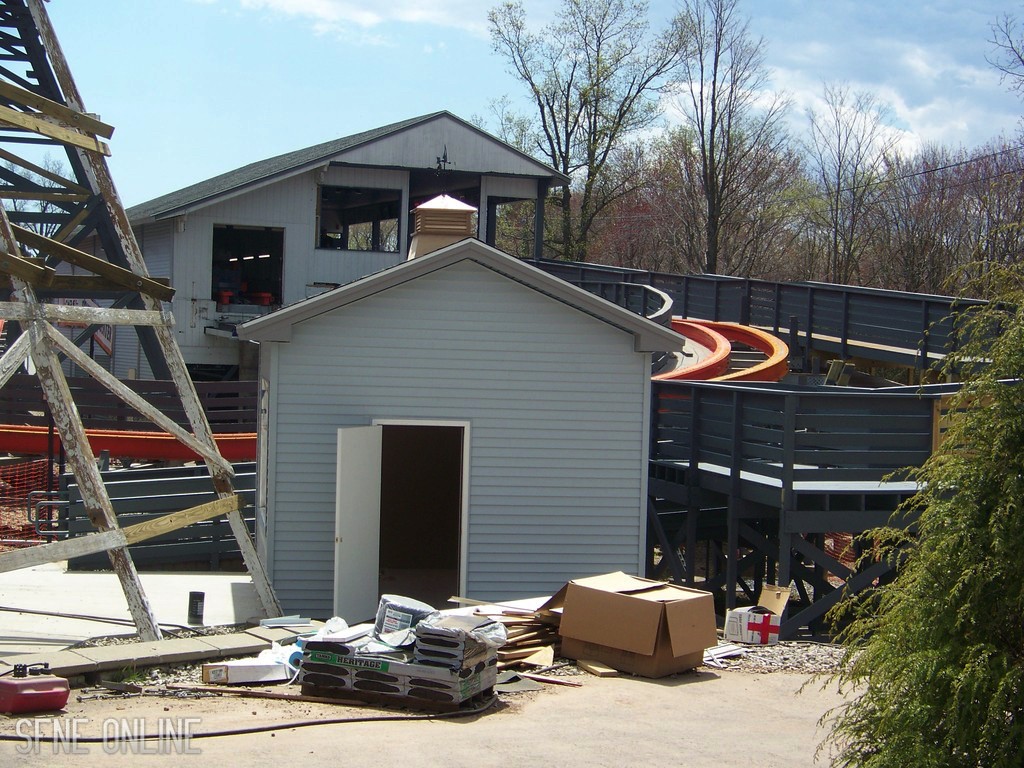 The weathervane on top is a nice touch: 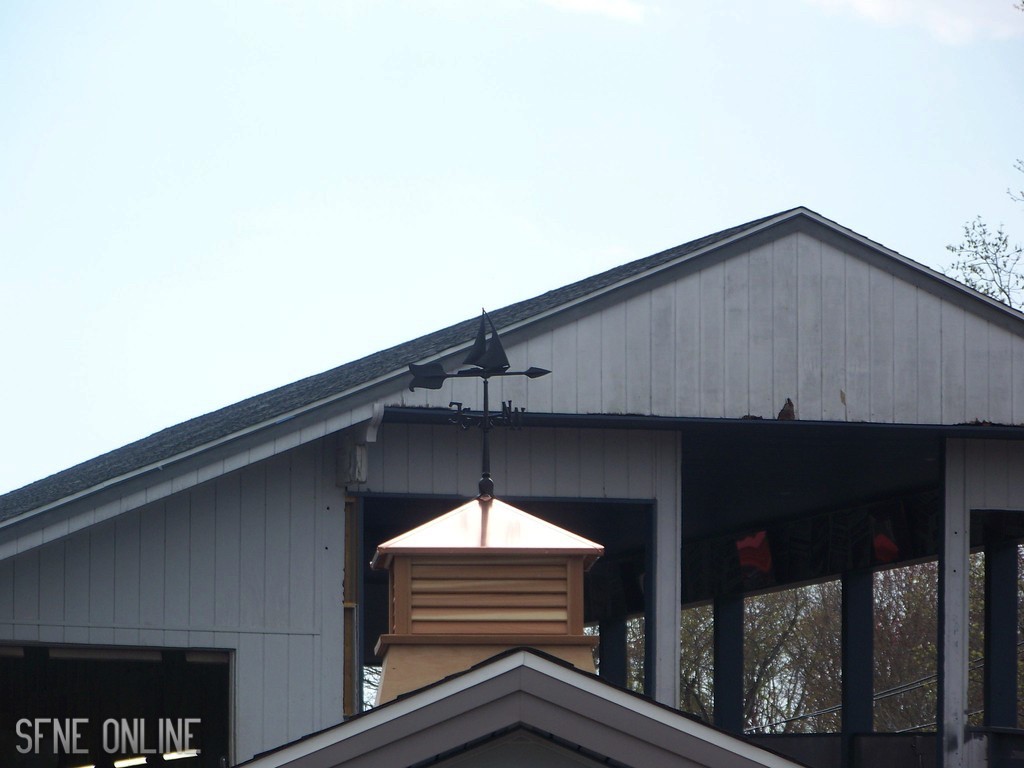 Most of the exit ramp has been painted: 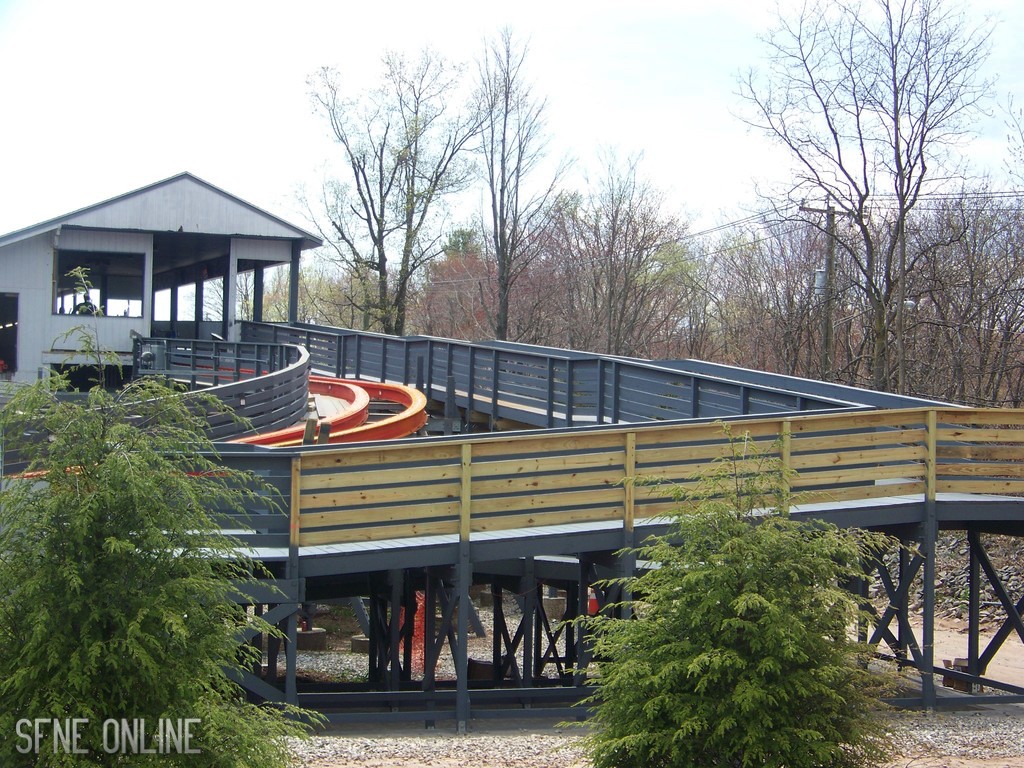 I’m sure this area will be painted by the next update: 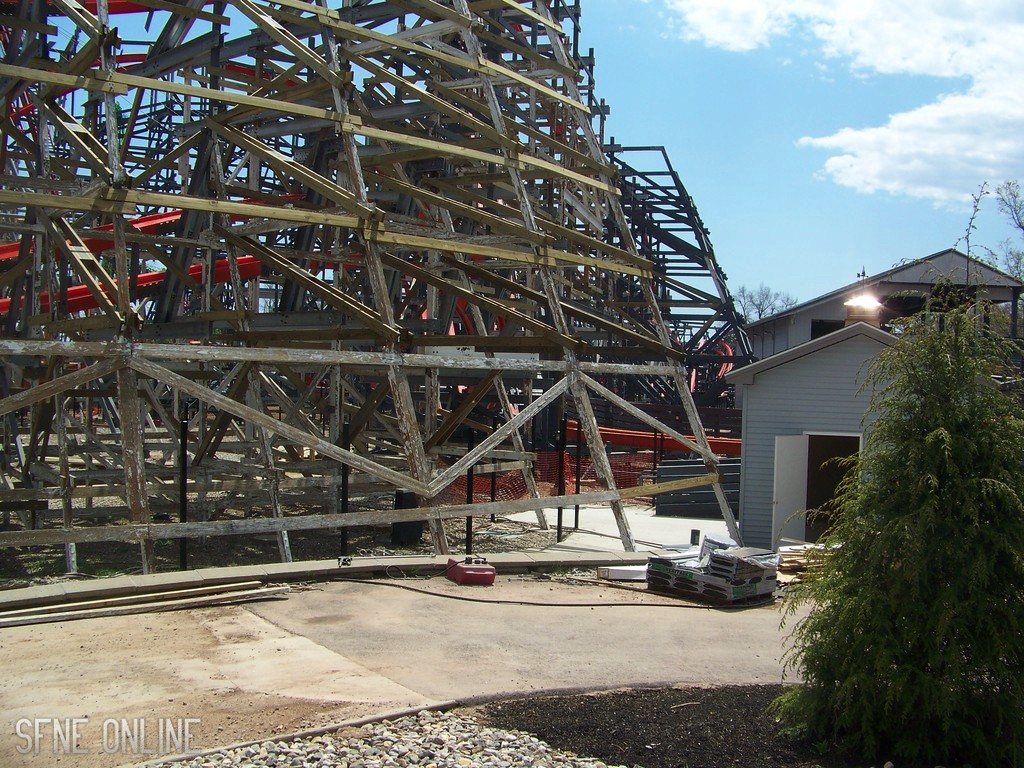 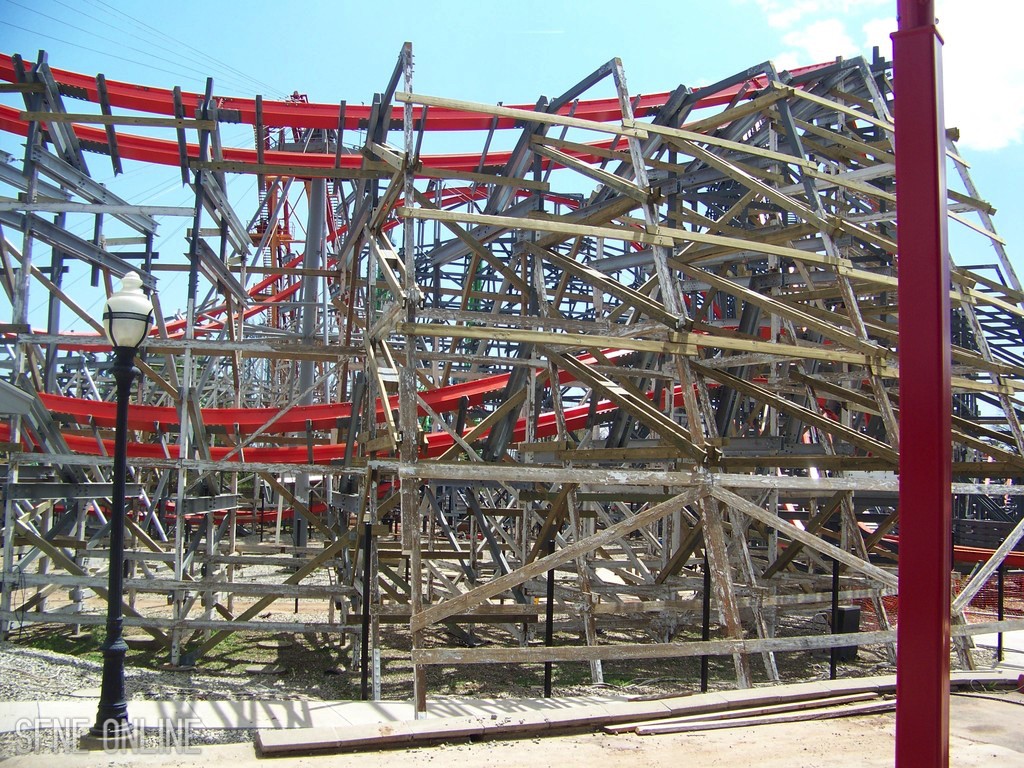 Water dummies have been loaded into the orange train. It appears as if they’re going to start testing the orange train now that the blue has cycled for most of the week. 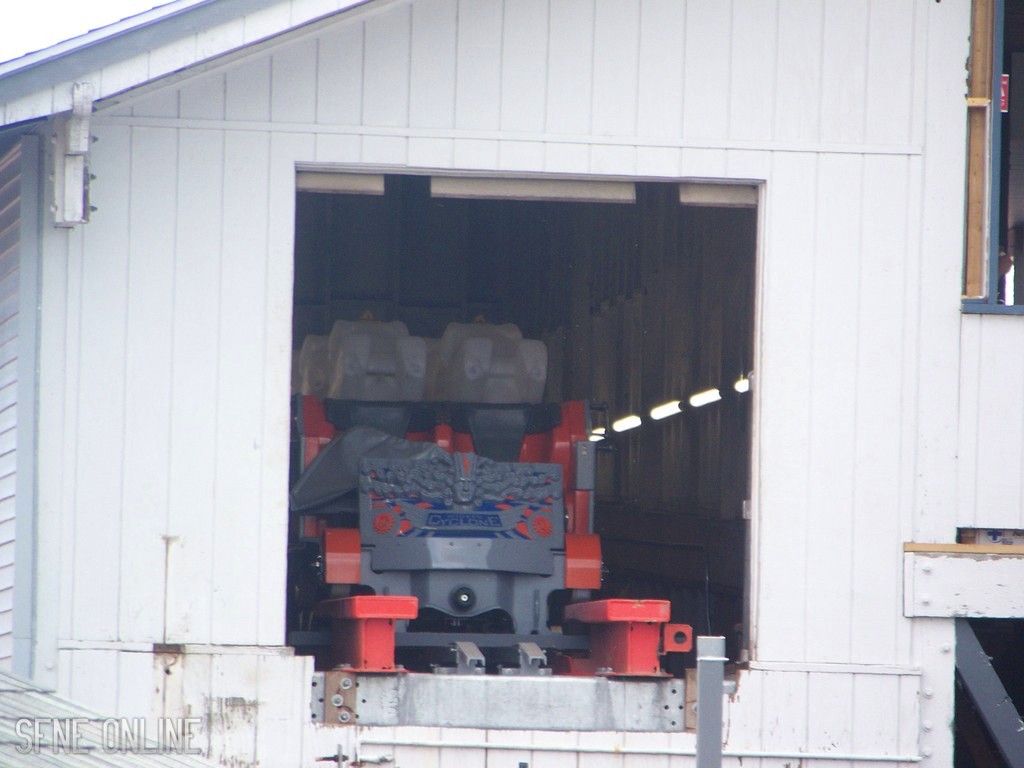 Here are a few random pictures. Like I said, there isn’t really much to report on since most of the week was spent testing and painting. 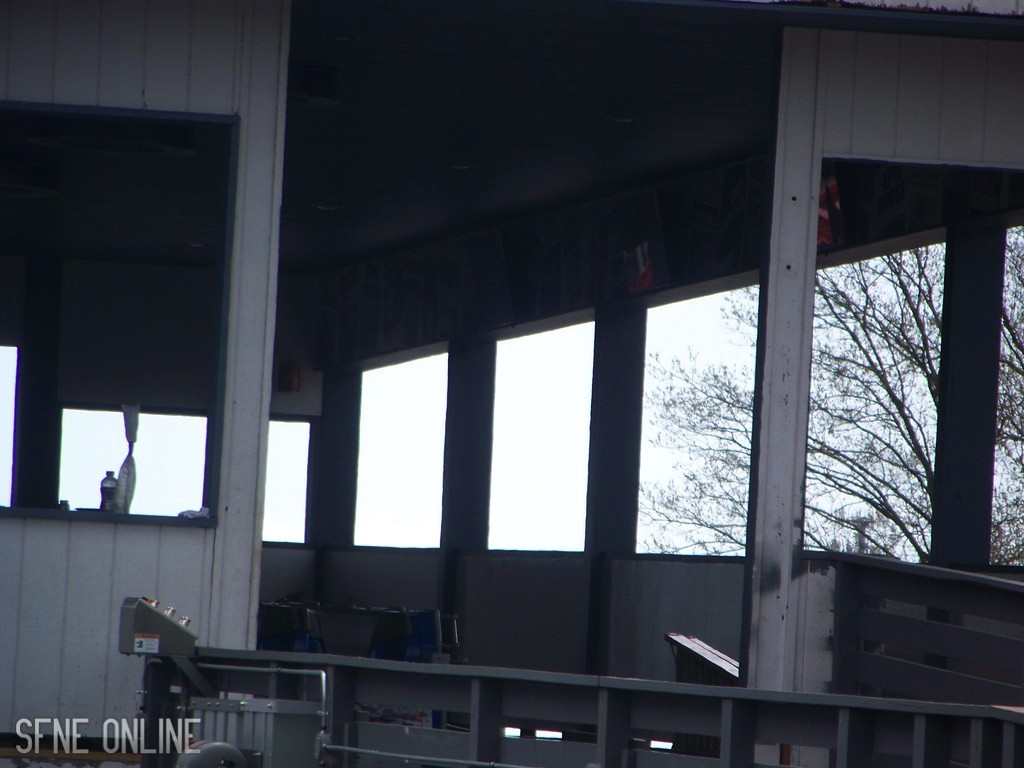 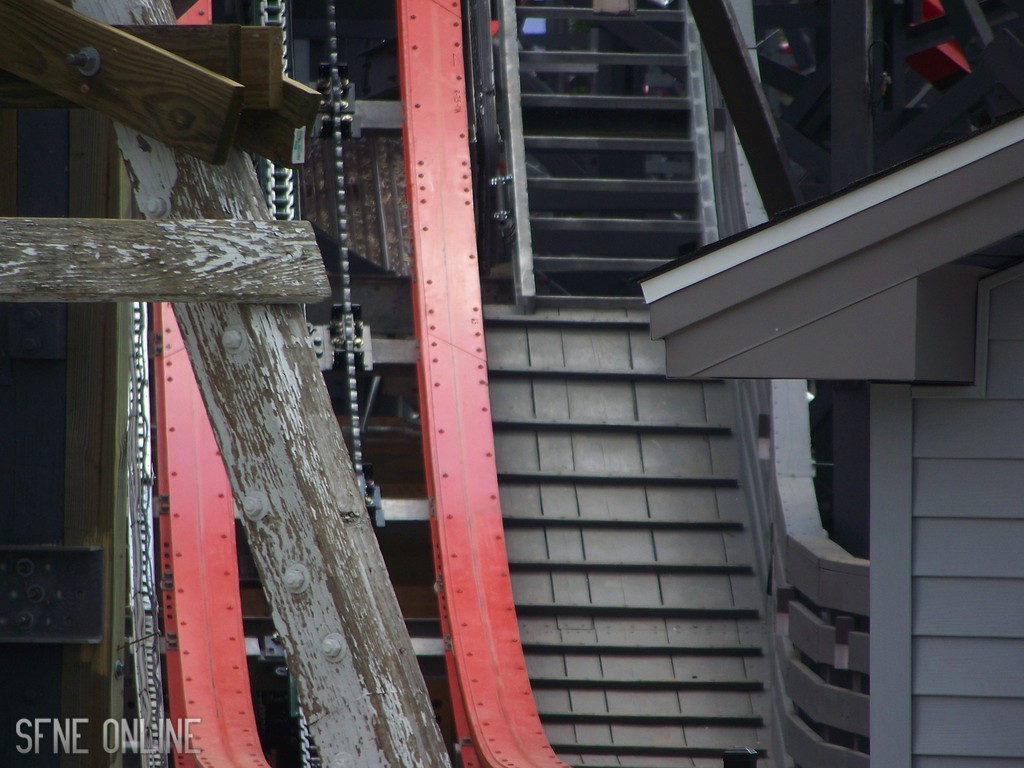 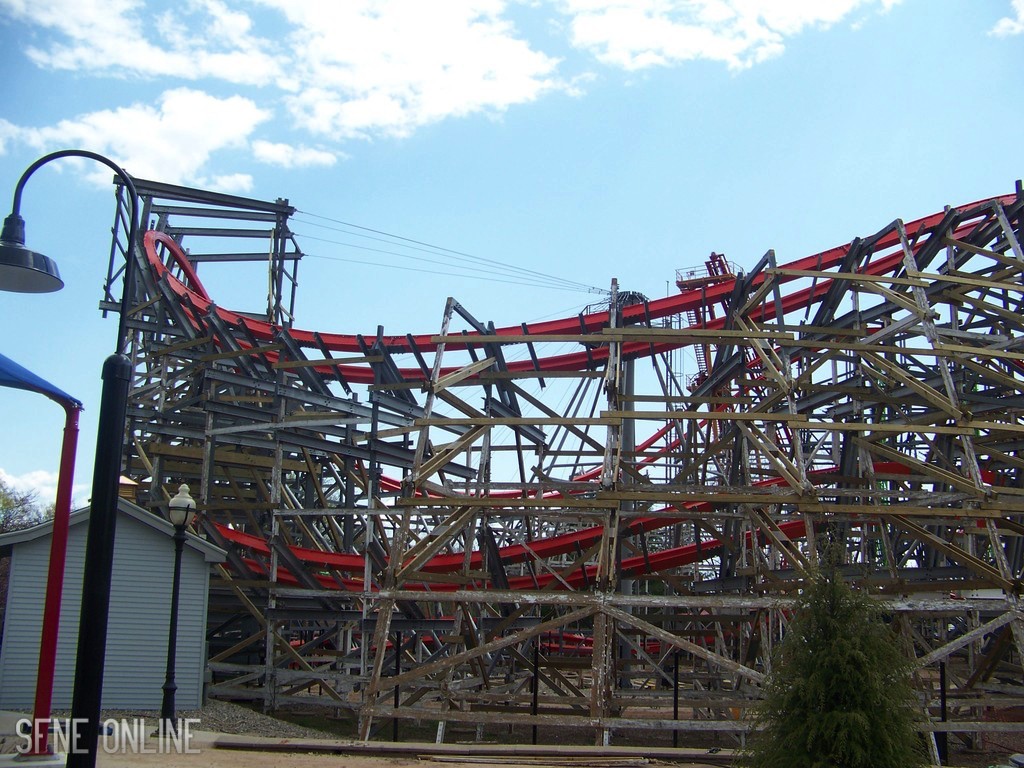 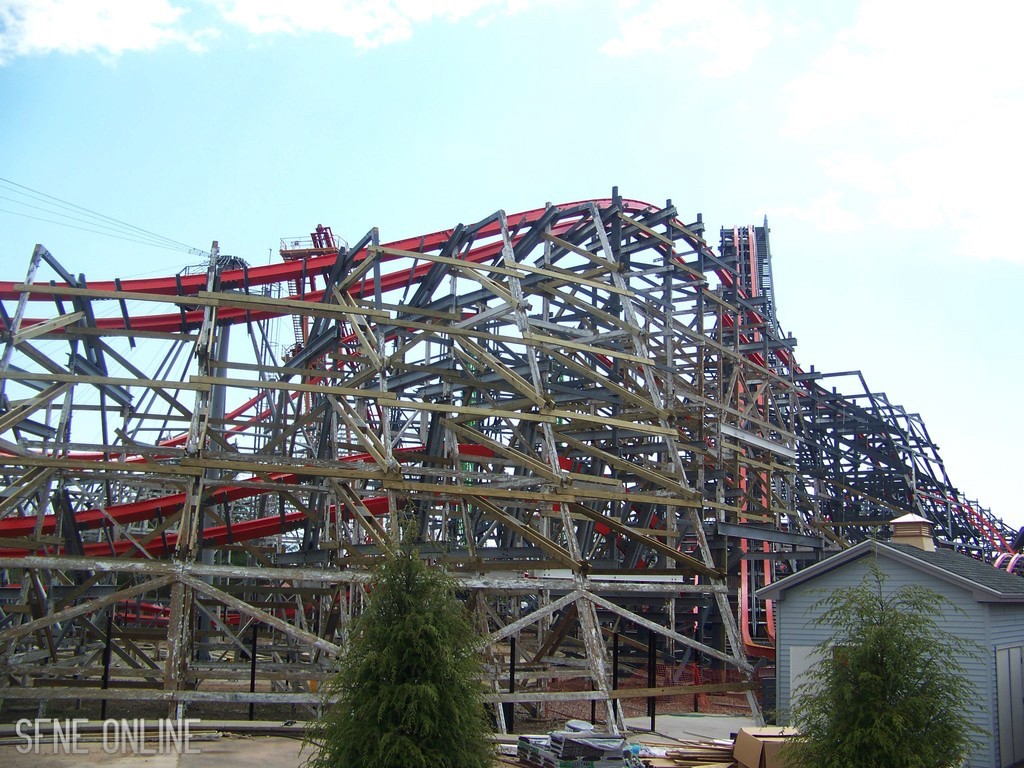 Check out this beautiful picture of the train going down the drop at sunset. 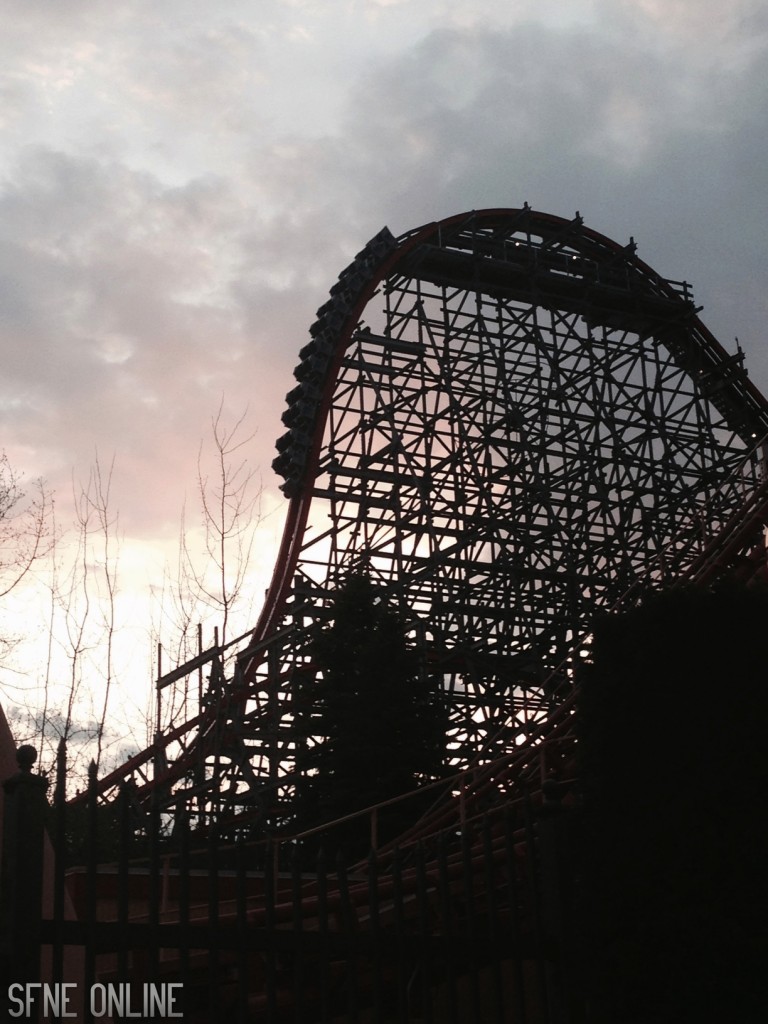 Going into the double down! 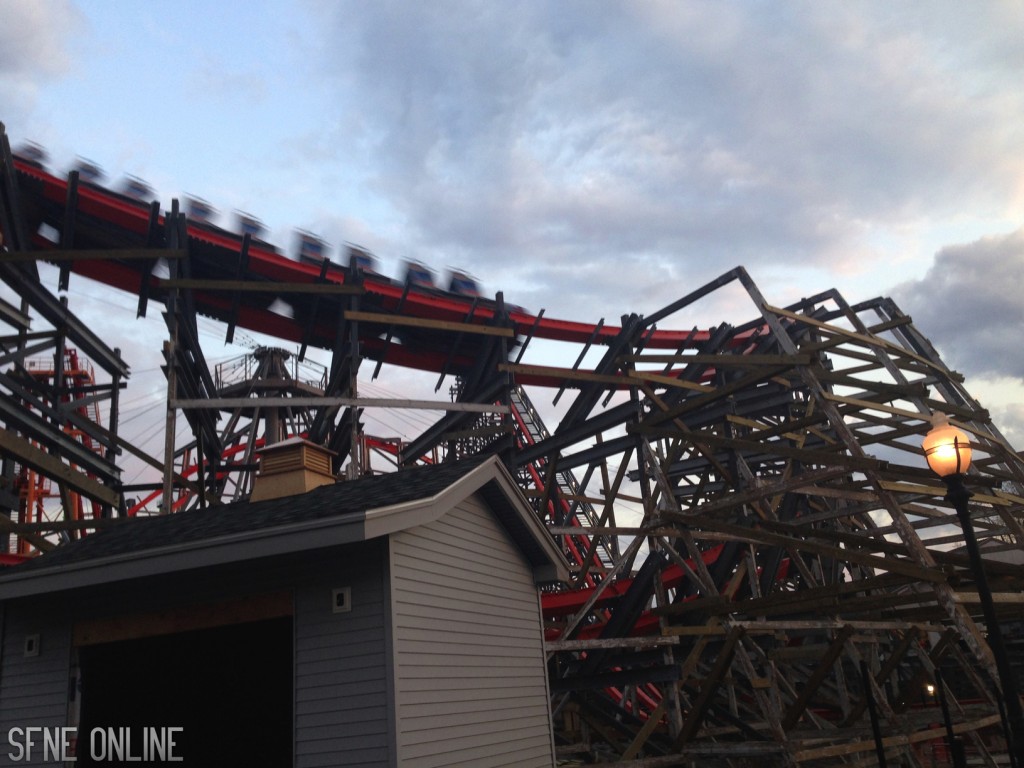 Wicked Cyclone is full of airtime: 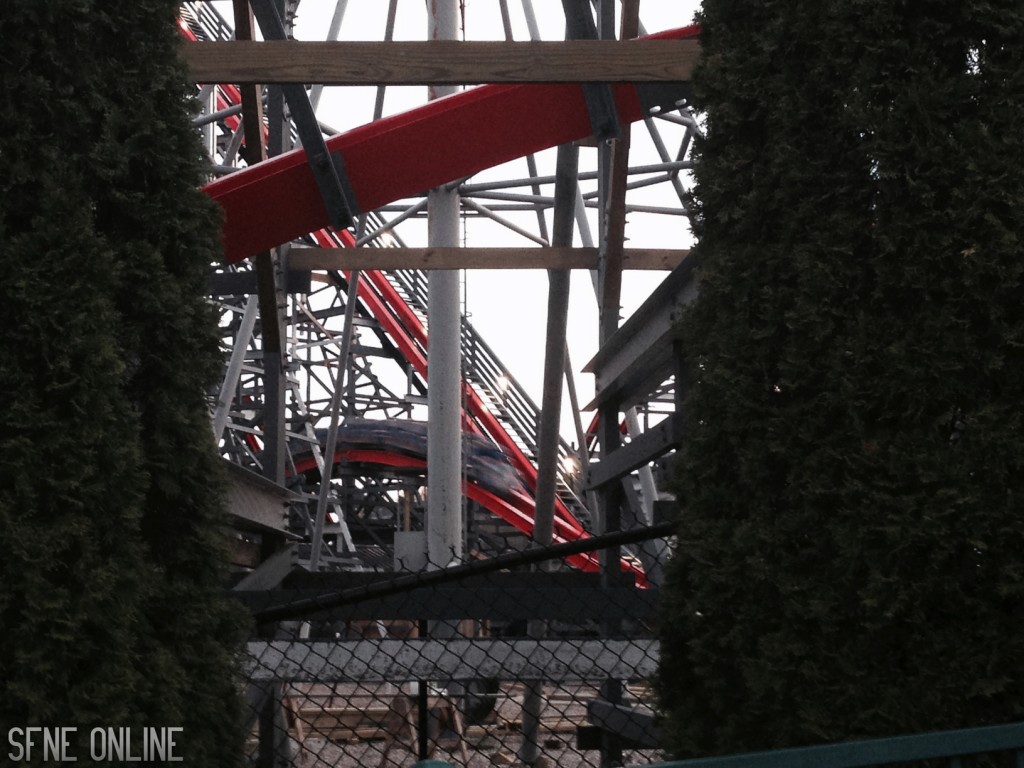 Final picture. I like how Pandemonium and Wicked Cyclone have similar style turnarounds. 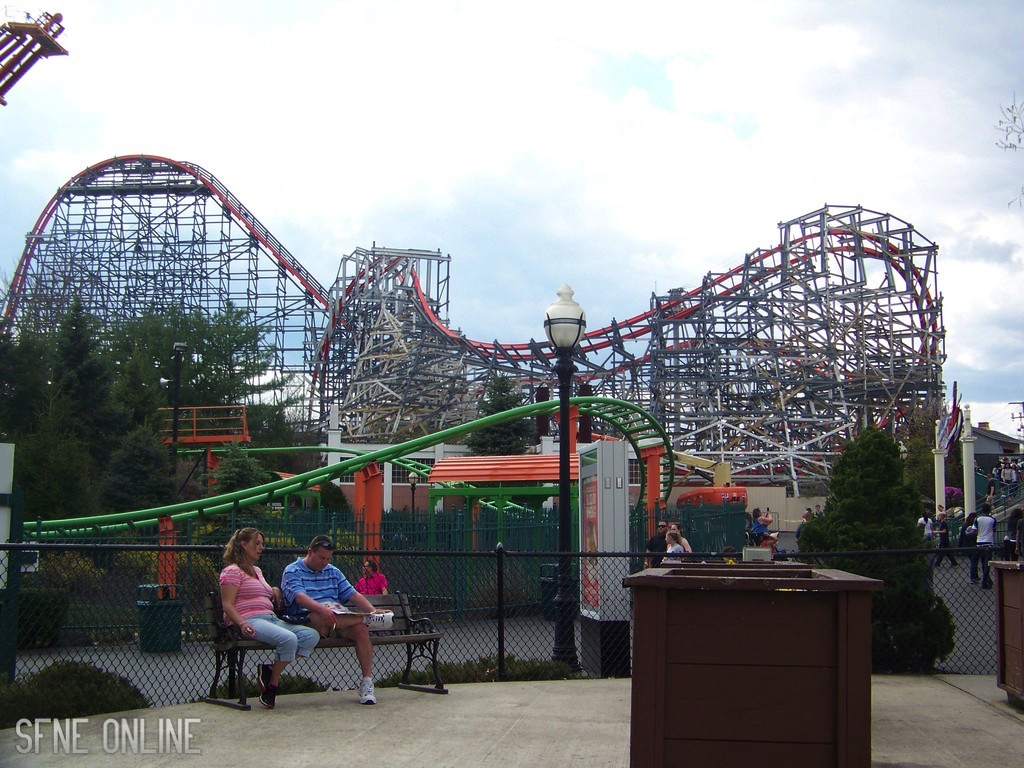