Six Flags New England to celebrate July 4 in a BIG way with Coca-Cola Fourth Fest. The Coaster Capital of New England will be celebrating all weekend long.

Six Flags is continuing to add more “Fest” events around the holidays. The Fourth Fest concept that was introduced several years ago is continuing to grow, and this year is no exception. Here’s the press release from the park:

Six Flags New England will be celebrating the 4th of July with a three day long extravaganza called Coca-Cola Fourth Fest. This year’s Coca-Cola Fourth Fest will be the largest Independence Day celebration ever to take place at the property. To honor the men and women who are serving our great nation, the park will be inviting all active and retired military (with valid identification) to Six Flags New England for FREE throughout the three daylong spectacular. Friends and family members of the military will be able to enter the park for only $38.50 each, valid up to four people.

In addition to the July 4th Fest Zone on Main Street, Coca-Cola will hold their first-ever July 4th Pool Party in Hurricane Harbor. During Coca-Cola Fourth Fest, there will be a variety of games and activities, including Coke Can Stacking, dance contests, and free Zumba classes. There will be an onsite DJ throughout the festivities playing the hits and getting guests excited for the patriotic celebration.

Each evening at 9:30pm, guests will be able to enjoy an amazing firework presentation. The 15 minute presentation will be visible to guests from anywhere throughout the property, and orchestrated to patriotic music. 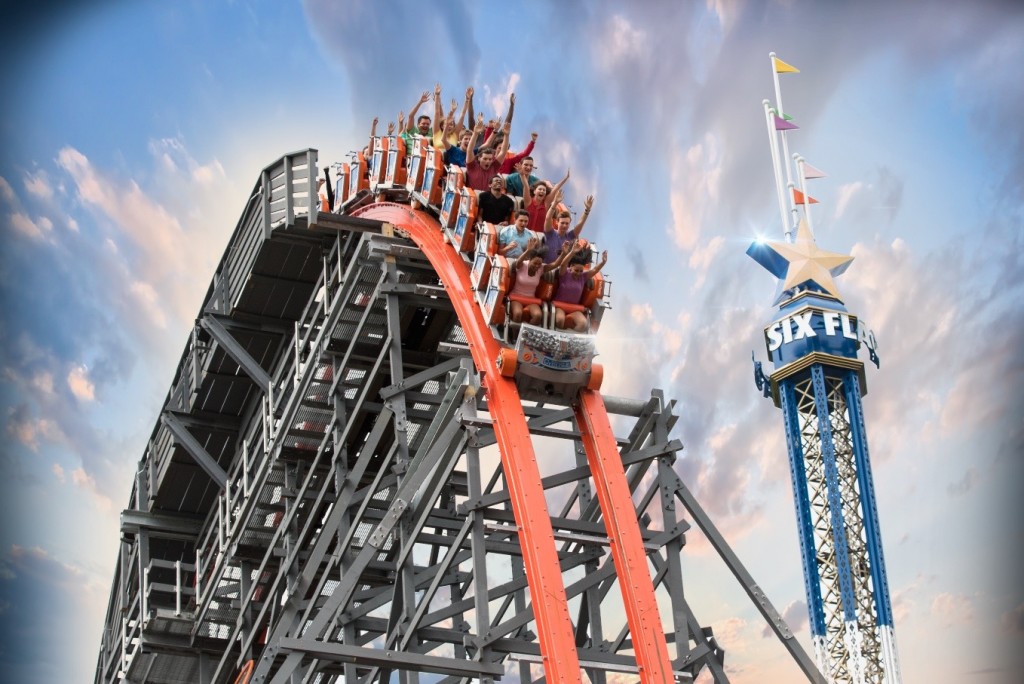 The park is open from 10:30am to 10:00pm each night during Fourth Fest. The fireworks are shot off from the River’s Edge Picnic Grove. If you plan on staying for the firework show, we suggest watching them from the hill next to Goliath or from the ramp to DC Superhero Adventures. Both spots are popular, so you might want to get to the spots early to make sure you get the best seat in the park!

We’re extremely happy to see this event getting bigger and bigger each year!