Six Flags will be making their yearly announcements on September 3 this year. Here is our Six Flags New England 2016 prediction.

Note: This is completely speculation on our part. Some of these are based off rumor, others are based off trends and what we think Six Flags New England needs. Nothing at all in this post is confirmed.

The return of the Big “S” and a Larson Giant Loop. 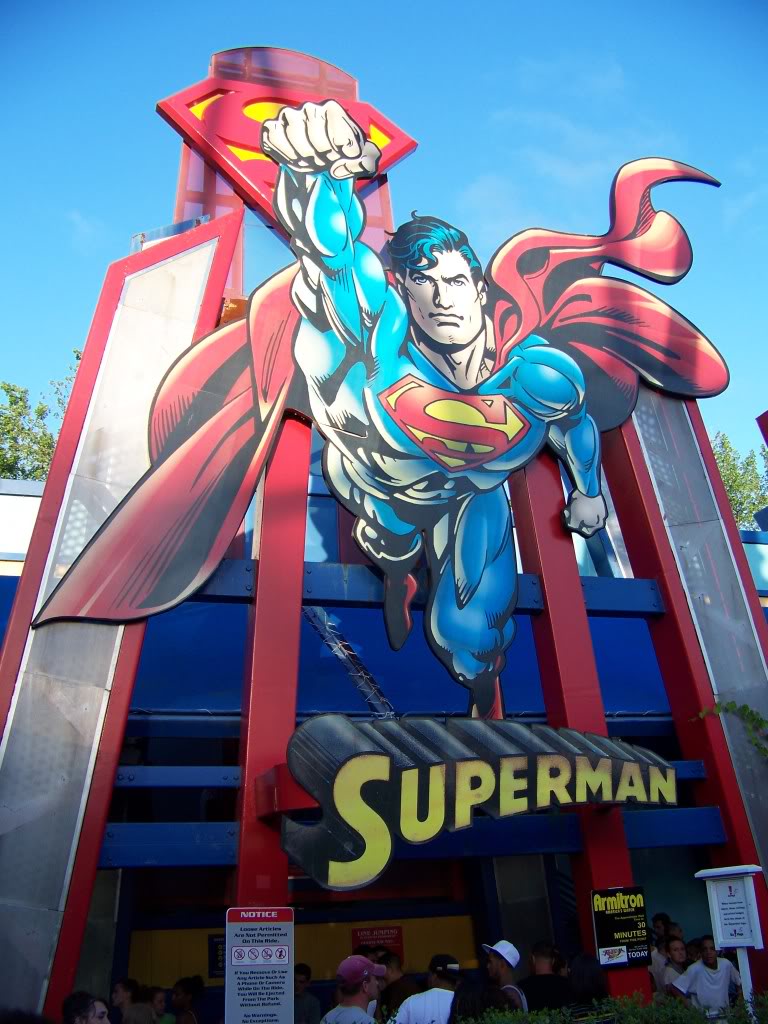 We know it’s coming. We’ve reported on the rumor several times before, it’s always just been a matter of “when.” We definitely think 2016 will be the year we see Superman return to Six Flags New England. Some other rumors we have heard surrounding this project is that the coaster will receive yet another set of trains that feature a different style of lap bar. It’s verb mentioned that Six Flags America could be looking into new trains for their Superman: Ride of Steel, so it would make sense that Six Flags bought two sets.

Note: An earlier version of this post said that new trains were confirmed for SFA. This isn’t true. 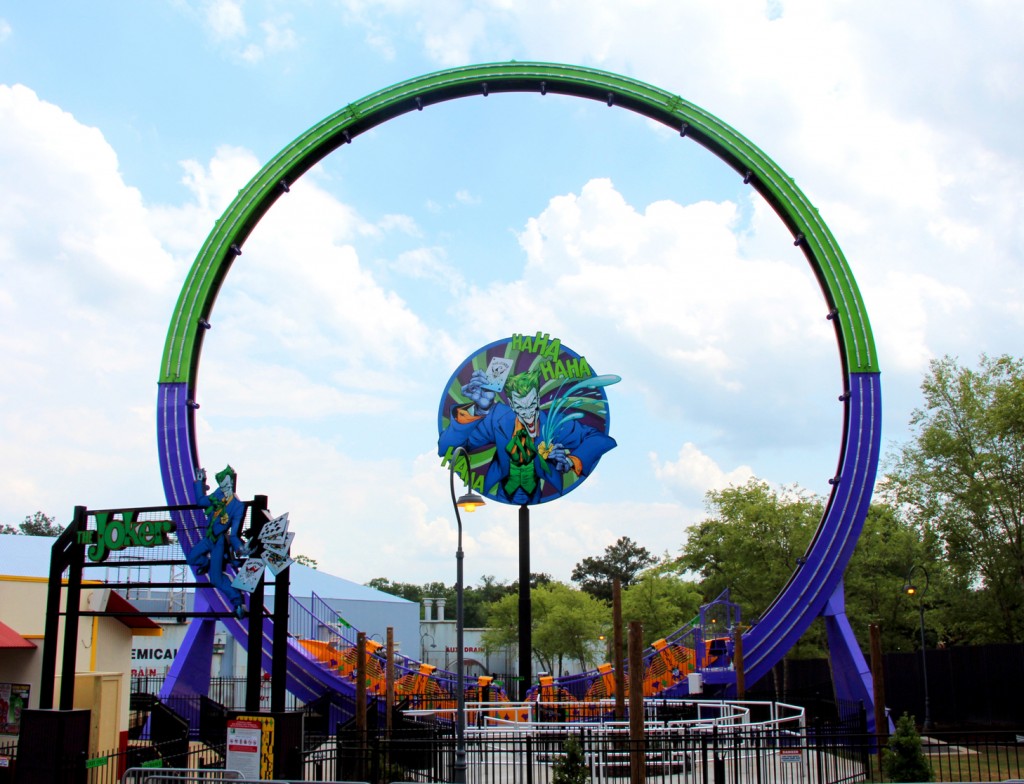 We also think we could see a Larson Giant Loop come to Six Flags New England. Six Flags bought four of these for 2015, and according to sources, they actually bought six of them. So that means two more are likely coming in 2016. As much as these rides get hate, we actually think a Larson Giant Loop would be the perfect replacement for Twister. They could call it something like “Rockville Rocket,” as that’s the fictional town’s sports team. The ride fits that spot perfectly (see the picture below), and it would give Rockville a nice signature attraction. This said, if SFNE does get one, please do not call it a coaster. 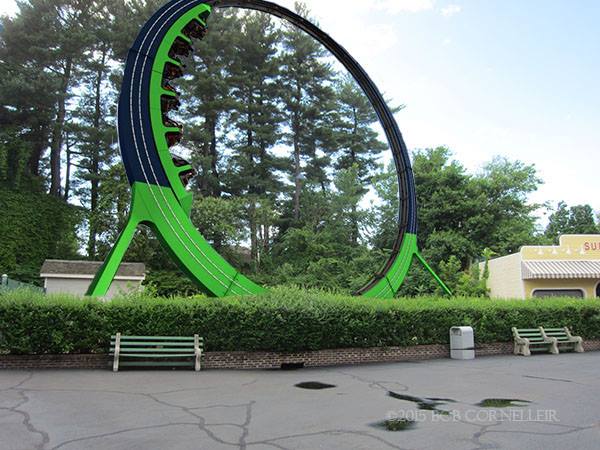 Thanks to Bob from SFNE Ultimate.

We could possibly see another flat coming, but only if it’s relocated from another Six Flags park. There have been rumblings about Crazy Legs (Huss Troika) from Six Flags Over Texas being relocated to SFNE, but we aren’t quite sure about this happening. We think the return of Superman along with the addition of a new family thrill ride like a Larson Giant Loop would be a perfect follow up to Wicked Cyclone.

Six Flags has recently trademarked the name Gale Force 7 under the amusement services category, meaning it will potentially be used for a new 2016 attraction. Immediately this made us think of a concept that was shown off for Rye Playland when Zamperla was looking to take over the operation of that park. Here is a screenshot from that presentation: 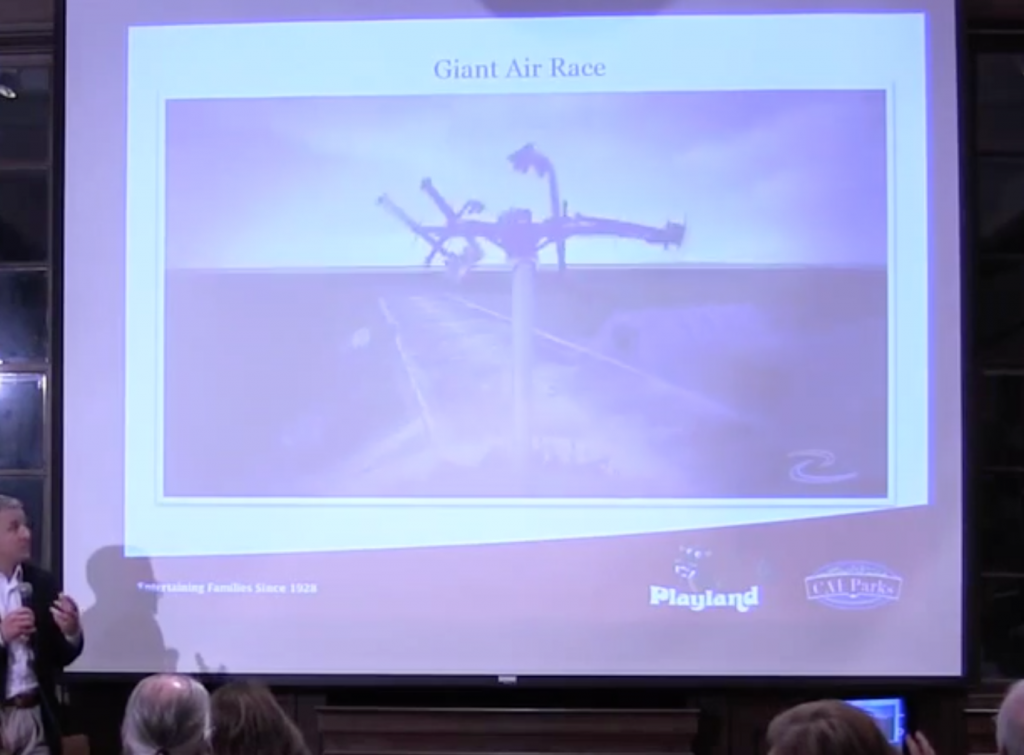 With Wicked Cyclone being themed to storms and weather, I could easily see the Gale Force 7 name being used for Six Flags New England. And I don’t know why, but the concept of Zamperla’s Giant Air Race just screams the name Gale Force 7 to me. I have to say, if Six Flags were to buy into this concept, it would be the perfect fit for Six Flags New England. An Air Race is something we’ve been asking a local park to add ever since the first version was installed at Luna Park. We love these rides. So one that goes up in the air like that would be absolutely insane.

Another thing we would like to see is the return of Goliath’s original train. If this happens, SFNE will have a spectacular 2016. It will be the icing on the cake. Superman will have hopefully returned, Wicked Cyclone will still be fantastic, and Goliath will be the amazing coaster we all know it can be. 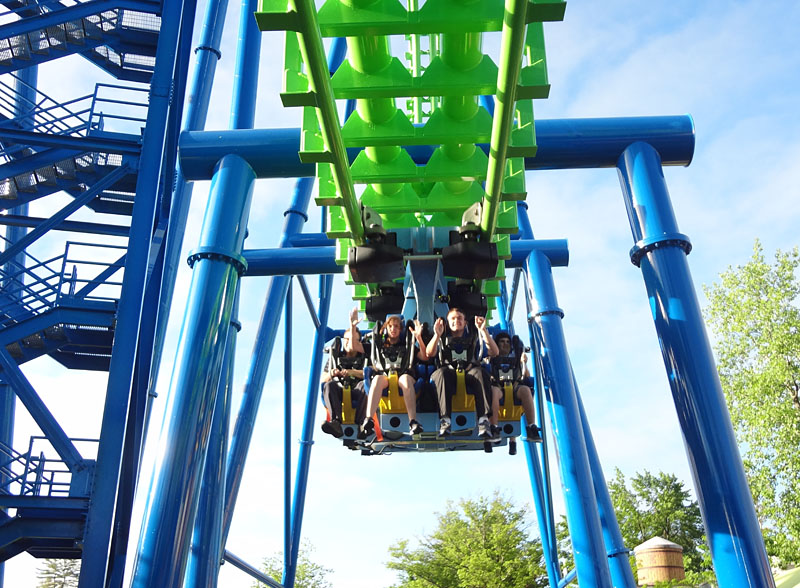 And that’s it. The one-two-three punch of Wicked Cyclone, Superman, and Goliath would actually live up to the Coaster Capital of New England moniker and make SFNE a force to be reckoned with.