The track has been completely repainted. Here is Superman: The Ride Update #3. 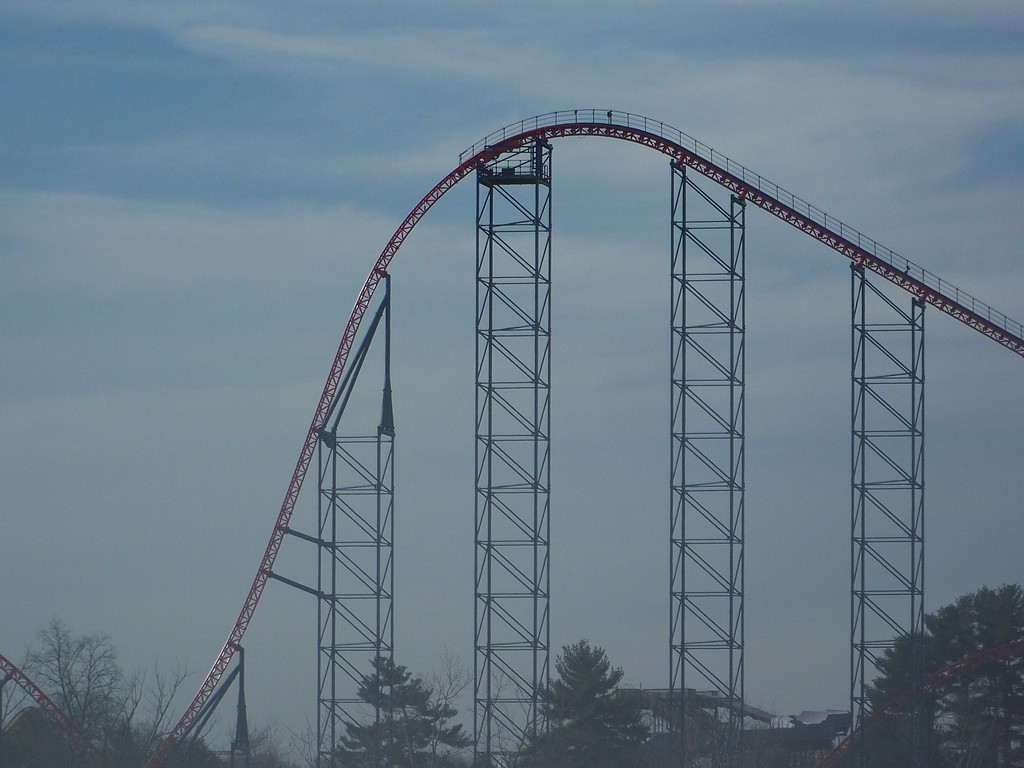 It appears as if Superman’s track has been completely repainted since our last update a month ago. The red is really vibrant. 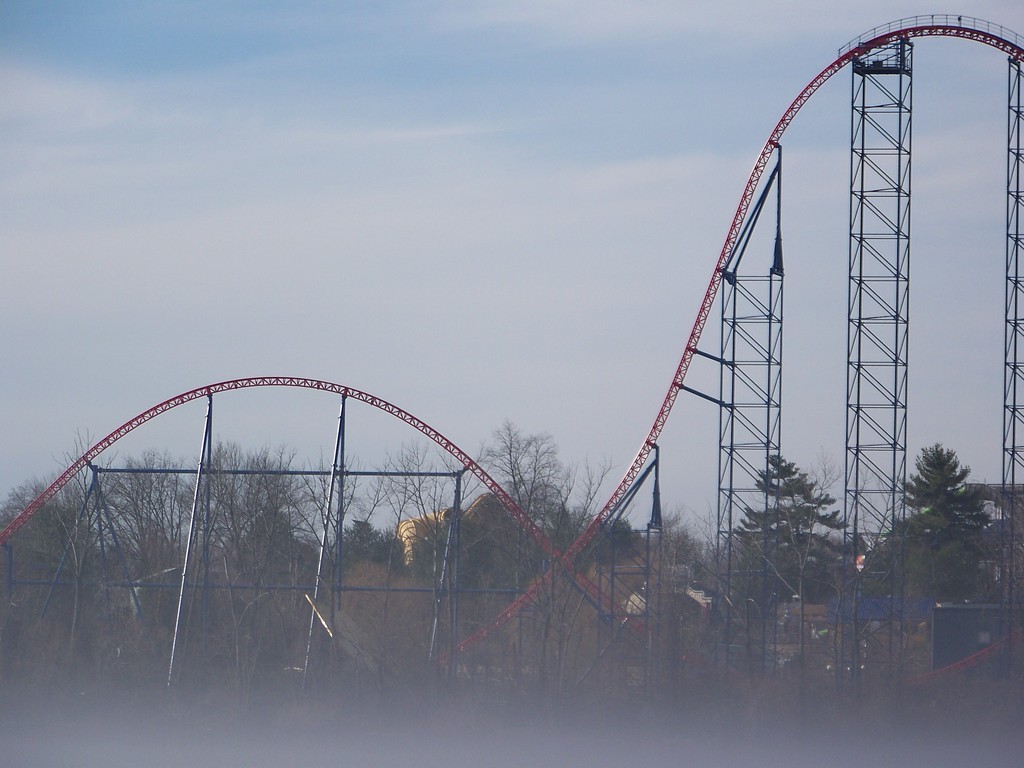 It’s been uncharacteristically warm in New England this month. This caused a big haze on the Connecticut River. Normally the fog would make for cool-looking pictures, but since we’re trying to get shots of Superman’s new paint, it makes things a bit hard to see. 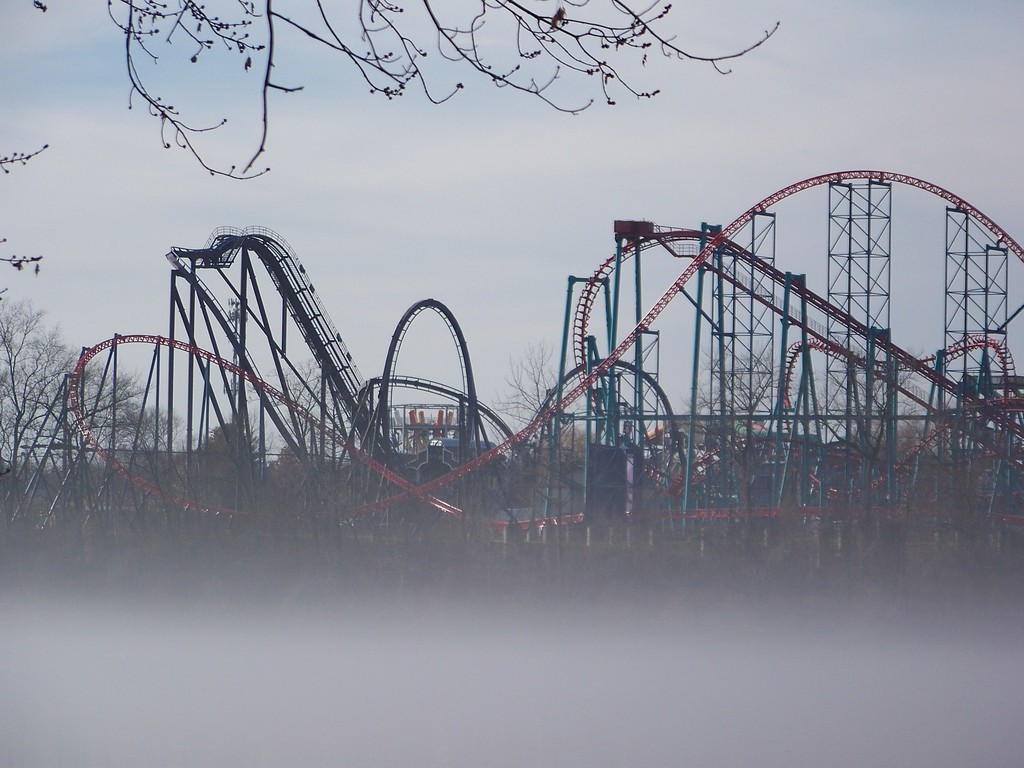 At least you can see how shiny the red is. 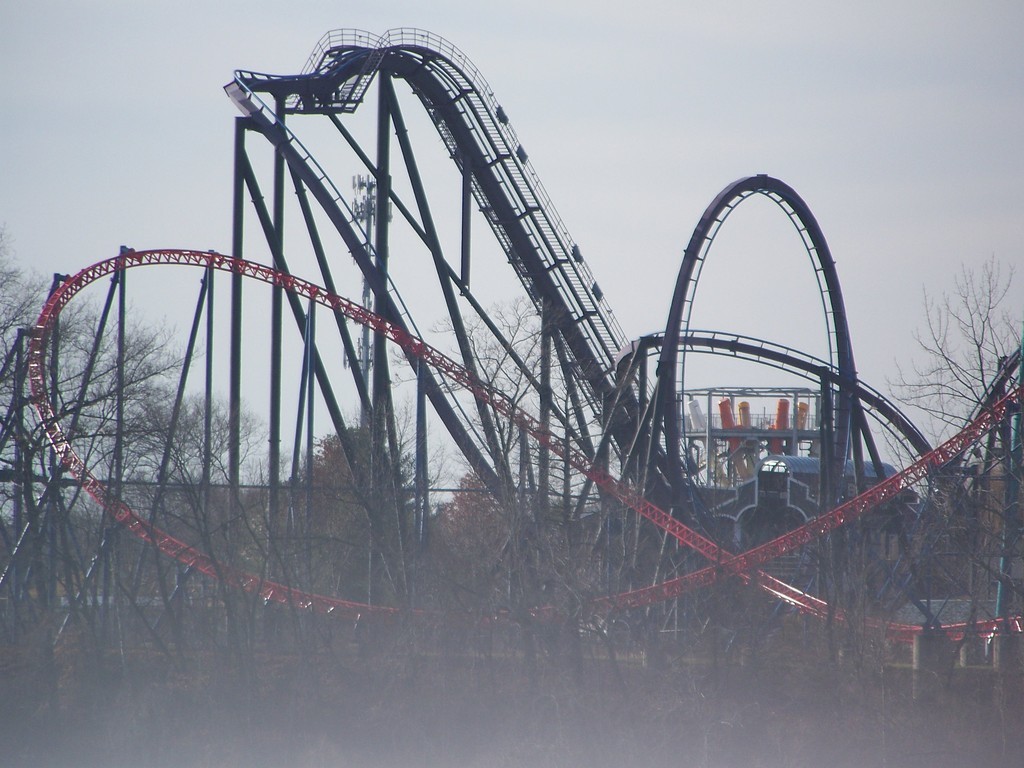 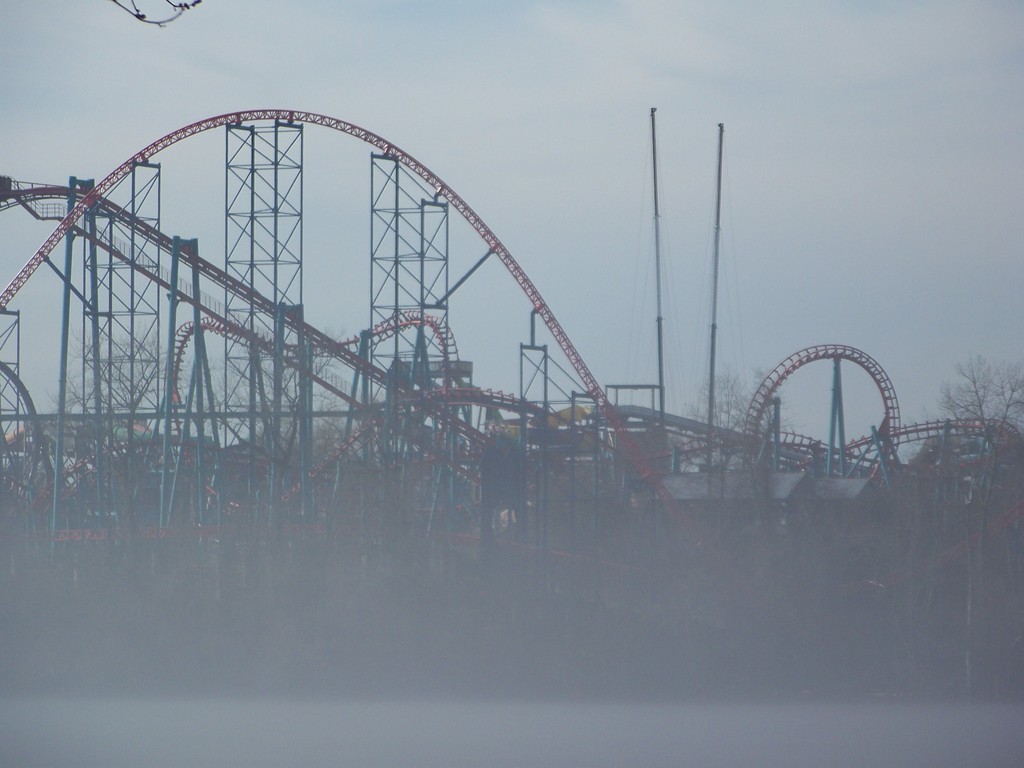 The spaghetti bowl is looking good! 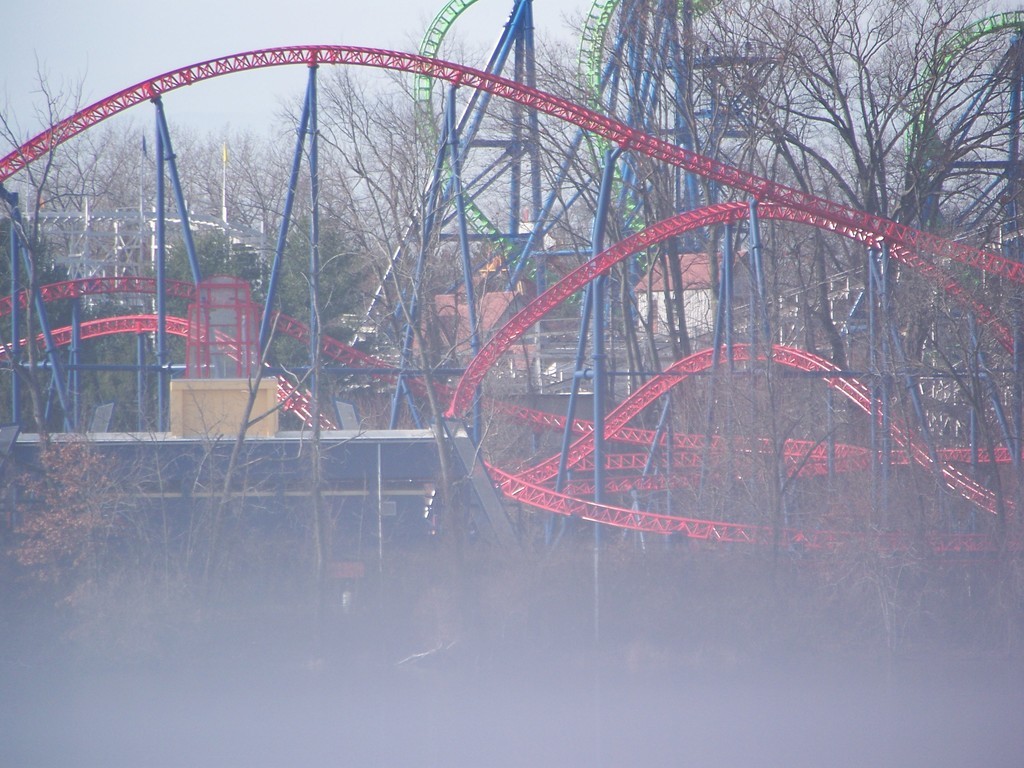 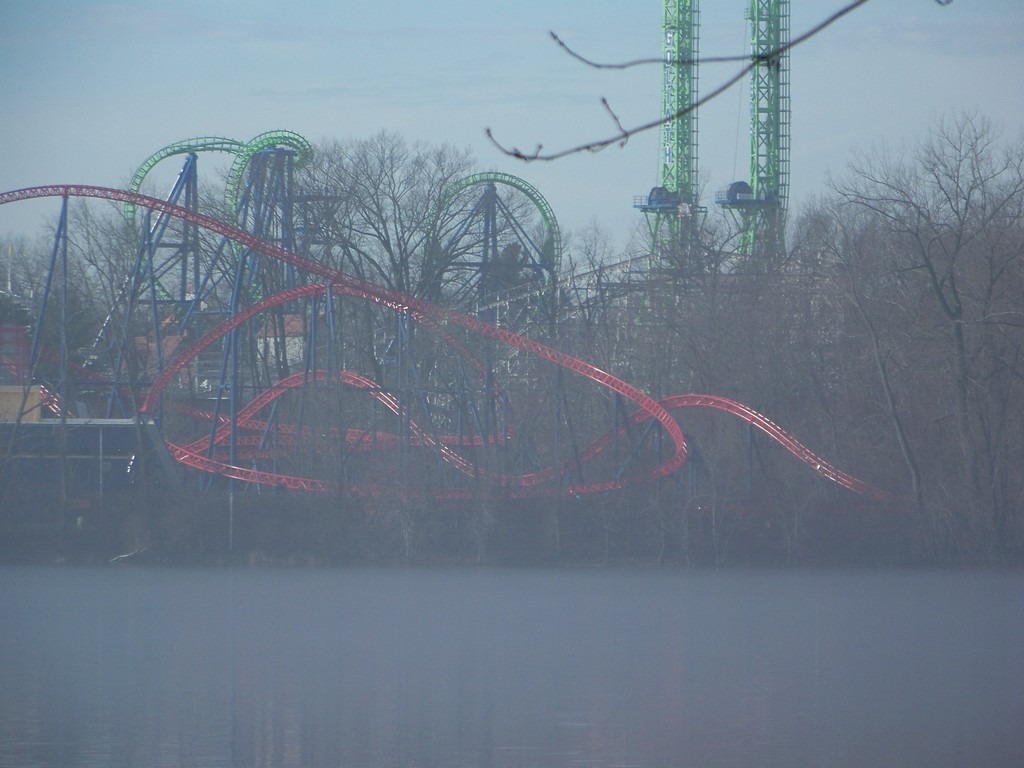 Honestly, the red looks sooooooo much better than that ugly purple. 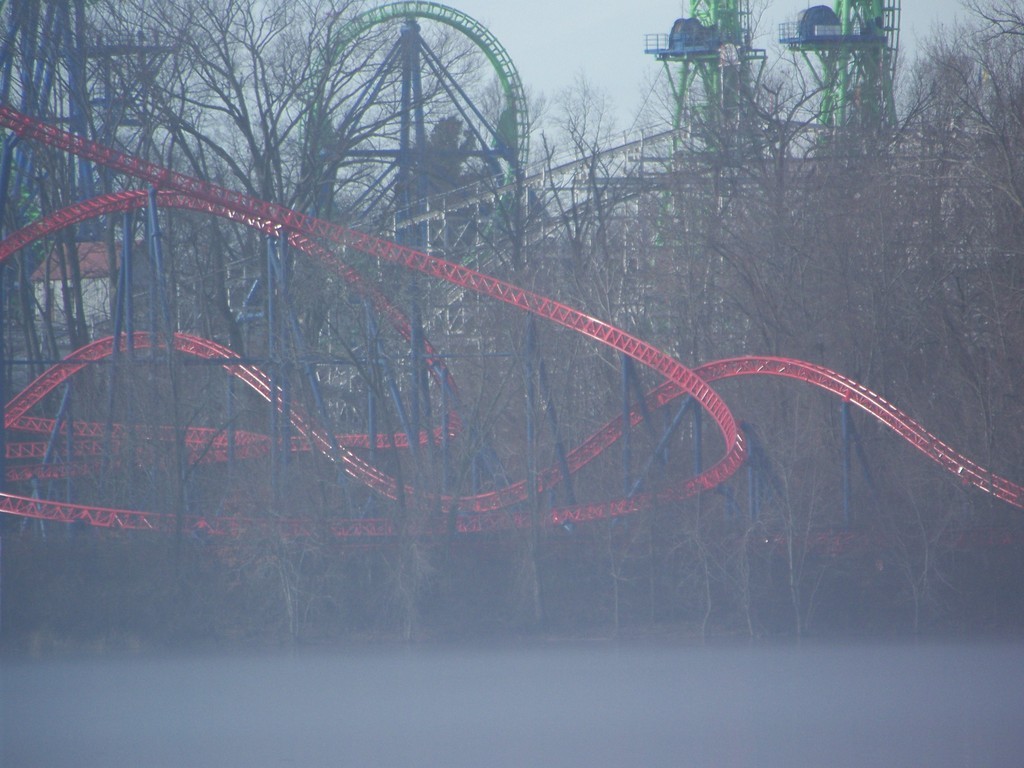 Our last picture has nothing to do with Superman or Six Flags. The trails along the Connecticut River that we take these pictures from are really beautiful. You never know what you might see when walking on them… 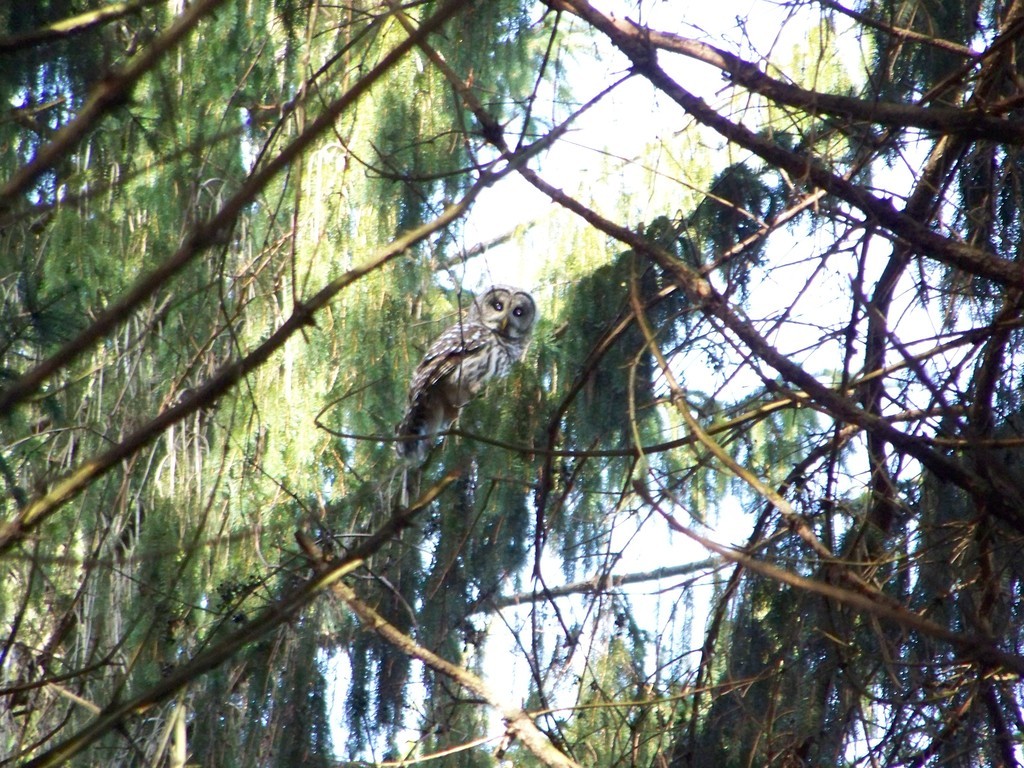 That does it for our third Superman: The Ride update. Be sure to like us on Facebook, follow us on Twitter and follow us on Instagram to be updated with Superman pictures in between our updates. Also, be on the lookout for Fireball updates throughout the off season. See you soon!