With tonight being Devil’s night, I figure I bring to you my complete Haunt Review of 2017 !

We had gone to a bunch of Haunts this year, some awesome, some pure garbage and I know that a lot of people are always looking for Haunts to go to !  This will be based on a max of 5 SKULLS.  5 being awesome. 1 being Garbage !

* Barrett’s Haunted Mansion – Location : Abington, MA :  This Haunted attraction consisted of 2 Haunts  – The Compound & The Haunted Mansion :  Before we begin, we went on a Sunday and they had a deal for $40,  which they call : Bite & Fright ! Next door to the Haunt is a restaurant called The Abington Ale House . Had some neat decorations thru out and not exactly Halloween, but they just decorated the place cool ! They have a menu just for that and actually a ton of options, the food is just OK, but as they say a BITE . Not really flavorful, but if your hungry and want to get to the Haunt early, which I highly suggest ! It is a nice place to  chill out, eat, but service is really slow , when busy !  You can buy Bite & Fright tickets at the restaurant, which I advise, there is no savings online or on site , plus you can skip the purchase line and head right to the Haunt.  We started at the Compound and got in line about 20 minutes early, but still waited another 20-30 minutes to get in, see the one big issue I have with these two attractions is they are way too short, for the amount of time you wait in line for both of these haunts in each line !  Are the houses awesome? Actually , even though being really short they are.  Very well done with theme, props, actors and effort. But really short ! Once we went through that haunt, we went into line for the next one called The Haunted Mansion ! Again way too short for the 90 min wait just for that house which seamed only lasted less then 10 minutes. It did make me want more, in a good way, but the spacing and I understand why, or you would have a Congo line and not a good time as they animatronics are great and how each scene flows together was amazing !  I gave this 4 SKULLS ! It could have gotten 5 if either there was another house or two, or the current houses were longer ! it is a must go to, but be prepared for lone lines and realize they are short houses, but still worth it, if you do the bite & Fright deal on Thursday or Sunday ! 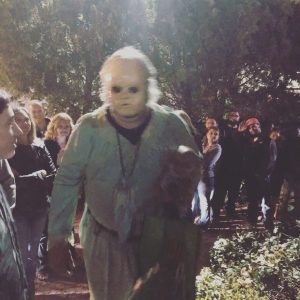 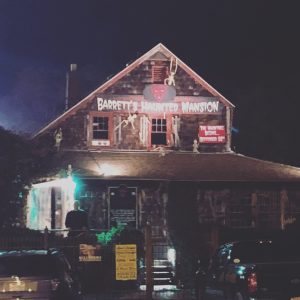 * Six Flags New England Fright Fest –  Location : Agawam, MA : I have posted a review already, but I wanted to touch more about this event, especially after going to other Haunts and seeing other things ! If you want the in-depth review, its in the news on SFNEOnline.org !  I honestly feel that SFNE could do a better job with Fright Fest. I love it for what it is and will always go and enjoy. After seeing other Fright Fests within Six Flags and going to other Haunts , I really feel it could be better ! The Scare Zones seem stale and I know every year they keep adding more and more to the areas and try , CARNEVIL is the best SCARE Zone in my opinion and they should really up the stakes and go for bigger ! The amount of actors when I was there was fine, The make up needs some major work ! you will see this in an upcoming Six Flags Great America Video for their Fright Fest that Luko took while there last week ! The Haunts are really the same except Slasher Circus 3D . The Lost Laboratory is refreshing compared to total darkness . I think Zombies Revenge, Wicked Woods & Midnight Mansion either need a new them or a complete over haul. Maybe I’m over thinking it? I go every year and I totally support SFNE and their Staff because they are truly upping their game every year ! IM finding Fright Fest at SFNE to be boring and stale these days , especially with so much more out thee to explore and enjoy ! When you do, you find there are better things out there. For the price, especially with the insanely cheap season passes , its still a good deal !  Now one thing I hate is that it costs money to go thru the haunts, most of the other parks, the Haunts are included, as well as Cedar Fair Parks ! I know Six Flags charges and their claim is to improve Fright Fest, but lately there hasn’t been too much improvement that for the years of paying should be a master piece compared to what is there currently . In my mind the haunts are stale and if it wasn’t for our lovely Scream Queens Jessica and Danielle , lets just say I wouldn’t have enjoyed the haunts much ! Before you agree or disagree, I do not judge haunts based on how they scare me , I judge them based on theme, props, actors ability, them actually trying to scare me, the layout and things like that! Six Flags does have great props and theming, but when its been the same since 2008, its a turn off ! I know the park reads and listens when we talk ! I hope they are reading this ! I also want them to know that my criticism is in their best interest ! The GP loves Fright Fest and that is their core audience, but they also need to start pleasing even just a little bit of their hardcore fans ! They need to bring the thunder, If they need to hire someone new and creative , maybe tis time for a change, maybe they need to do something, but the one spot light that I will say is refreshing and awesome is their live show in the Rockville Theater – Graveyard Groove ! Awesome show and done very well ! I watch it every single time I go !!!  Another great show is Creepshow Freak Show ! Who doesn’t love Fire and sword swallowing !  I am hoping as time goes on they change the themes, the layouts and come with new and refreshing haunts because time is ticking before their fans say NO to Fright Fest ! This year I’m only giving SFNE Fright Fest a 3 SKULLS ! It lacks new themes,  only has 5 haunts , needs a refresh in scare zones & Haunts ! They could fit at least 2 more haunts in the Picnic Grove and could easily refresh everything even if they did one scare zone and haunt a year , it would keep me excited and making sure I came back another year ! 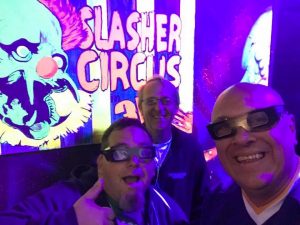 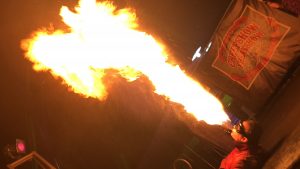 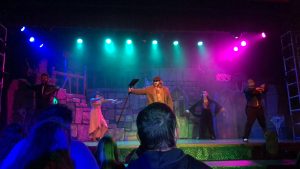 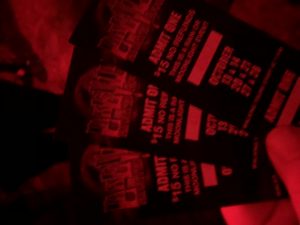 *  Ghost Ship Harbor – Location : Quincy, MA : This was one of those haunts that was refreshing to see, since it does take place on the top deck of a retired battle ship ! It was honestly one of the better haunts we did this year. I didn’t really care for the very steep walkway to get on the ship and the VIP line was a bit odd and actors did a great job, it had 4 themed areas all flowed with their story of a zombie outbreak and you were to go on this ship to get to safety and well, we all know how that goes !!! I gave this Haunt 4 SKULLS ! It was unique and different and I actually want to go back ! It was worth every penny and the actors did a great job , the areas were well themed, the actors scared the pants off the girls ! What kept it from a 5 was, for the fun we were having the areas were too short and wished it was longer , some areas didn’t have actors and some of the areas were actually dangerous to navigate with the going up and down stairs , thankfully no actors trying to scare you while on the stairs, if they were wet I could imagine some nasty falls ! This place is well worth the visit, The parking fee of $5 bucks sucks , but   I say go check out this haunt ! 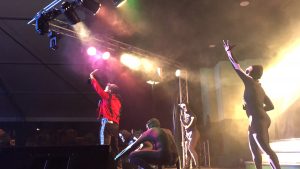 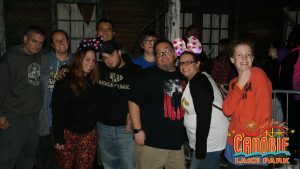 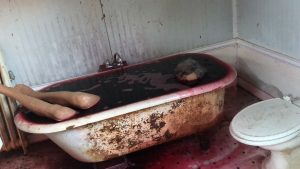 I hope you enjoyed this review along with pictures and video!

Thank you all for your support & Keep On Coastin